Bahubali 2: Interesting Facts About Cast, Story & Making Of The Film

After the bounteous accolades amassed by Bahubali – The beginning, cinema lovers are eagerly looking forward to the sequel of the most acclaimed Indian cinematographic movie. The prequel proved to be a yardstick in the Indian film industry, where the best movies directed and produced will be scaled to the success gathered by Bahubali – The beginning. S.S. Rajamouli changed the way Indian cinema was perceived with his spectacular direction. The plot of the prequel kept the audiences at the edge of their seat right through the movie, and the skilled cliff-hanging climax guaranteed an even larger audience for its sequel. S.S Rajamouli has the audience literally wishing for the year to go by in the blink of an eye in order to watch the scintillating Indian epic historical fiction, Bahubali – The Conclusion. Despite all the achievements of the prequel’s success, Bahubali 2 has to live up to its own image with the audience expecting more twists and a gripping plot. We have no doubts that under S.S Rajamouli’s direction spectacles are created and so will be Bahubali 2. All Bahubali fans are eagerly waiting for 28th April 2017, when the sequel – Bahubali: The Conclusion – releases all over. There are so many questions in the mind of every movie lover regarding Bahubali. Here are some interesting facts that throw some light on the much awaited movie.

Budget Of Bahubali2: The Mega Production
A whooping budget of 2.5 billion has gone into the production of both movies. Bahubali 2 is being produced by Shobu Yarlagadda, and the movie is being filmed in two languages – Telugu and Tamil simultaneously. K. V. Vijayendra Prasad is the writer of both movies. Kotagiri Venkateswara Rao, the editor has been joined by the internationally-acclaimed ‘Incredible Hulk’ Hollywood editor, Vincent Tabaillon to edit an international version of the movie tailored to the Indian version to screen at film festivals.

The Hindi version of this movie is being jointly produced by Karan Johar of Dharma Productions and Anil Thadani of AA films.

The climax of the movie itself is budgeted to be around 30 crores, which is double the budget of its prequel’s climax. By August 2015, 40 % of the movie had already been shot, and on 17 December 2015 shooting resumed in full swing for the pending 60% of the movie at Ramoji Film City, Hyderabad. 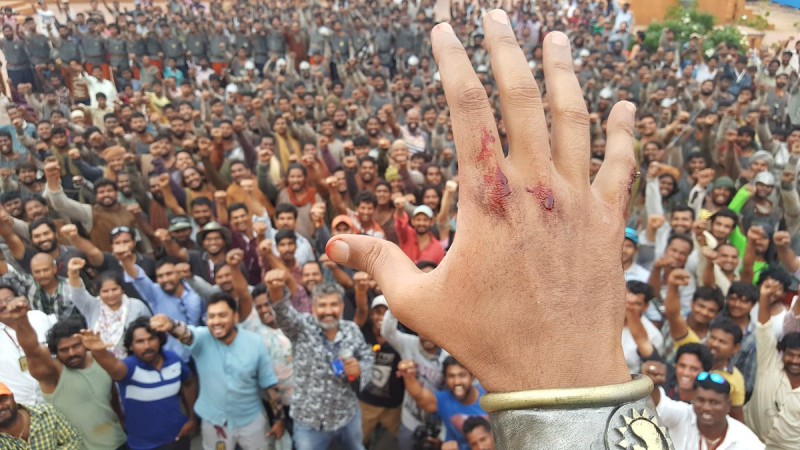 Bahubali 2 Cast
The cast of the movie have woven themselves into the characters they are enacting. Prabhas, Tollywood’s most skilled actor is the protagonist, who will be acting alongside ace actress, Anushka Shetty. The antagonist is played by the very proficient Rana Daggubati while Sudeep Sanjeev, Sathyaraj, Charandeep Surneni, Ramya Krishnan, M.Nassar and Tamannaah Bhatia are playing equally crucial roles in the movie.

Look of the Characters in Bahunali 2
Going by the appearance of the prequel, we certainly know that Babubali – the conclusion is definitely going to take the looks to a different new level. The actors look every bit of the characters they are playing.

Prabhas and Rana have been under a strict diet and workout regime to dwell in their characters. Both underwent intense training in martial arts under the Vietnamese trainer, Tuan. Both the actors gained more than 30 kilos to look and feel like their characters, weighing close to 100 kilos each. Prabhas has not signed any other film over the span of 3 years owing to the effort he is putting into the look of his character. Prabhas had equipment costing 15 million shipped to his home, where he has built a personal gym for his training. His breakfast includes 40 half boiled egg whites blended and added with protein powder. Lakshman Reddy trained Prabhas and Rana for around 8 months prior to the shooting of both films. 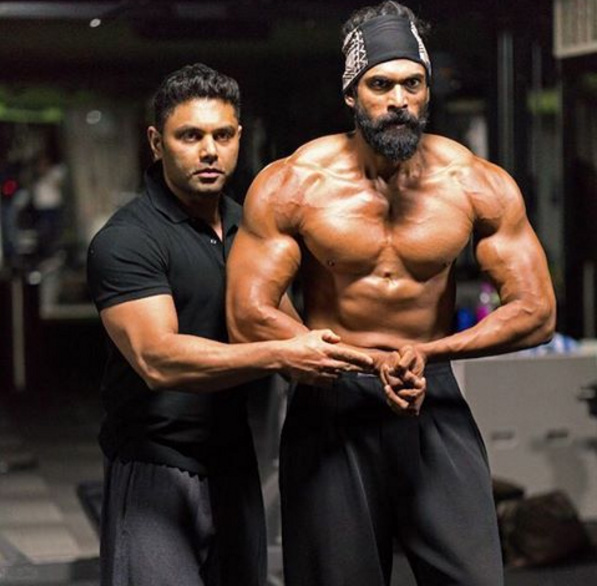 Mid-Day recently reported that Anushka Shetty will be playing the role of a pregnant woman for a few scenes in Bahubali 2. She has also undergone rigorous training for stunt sequences in the movie.

Bahubali: The Conclusion – The Assumed Story
Bahubali – The beginning ends with a teary-eyed Kattappa revealing that he was responsible for the death of Amarendra Bahubali leaving the audience with yet another shocking twist, making him a grey character. Thus, it is but evident that S.S Rajamouli wanted the audience to leave the hall speculating the reason as to why Kattappa killed Bahubali and return to watch its sequel with the hope of receiving an answer.

Some Lesser Known Facts
Bahubali – The Conclusion was first to be released on 14th April, 2017 after Taran Adarsh tweeted that Bahubali was going to be released on Good Friday. However, Shobu Yarlagadda announced later that the movie was all set for release on 28th of April 2017 with Karan Johar affirming the official release date to be the latter. This made many movie buffs wonder about the reason behind the postponed release. In an interview the movie’s publicist, Mahesh S Koneru denied the reports about its postponement and stated that April 14, 2017 was not an official announcement. So the official release date stands as April 28, 2017.

Do you recall the waterfall scene in Bahubali – The Beginning? The scene took nearly one-third of the total shooting time of the movie. If rumours are to be given any heed, then similar scenes are expected in Bahubali 2 as well as the bulk of the sequel is based on the fact that it has quite a few war scenes. 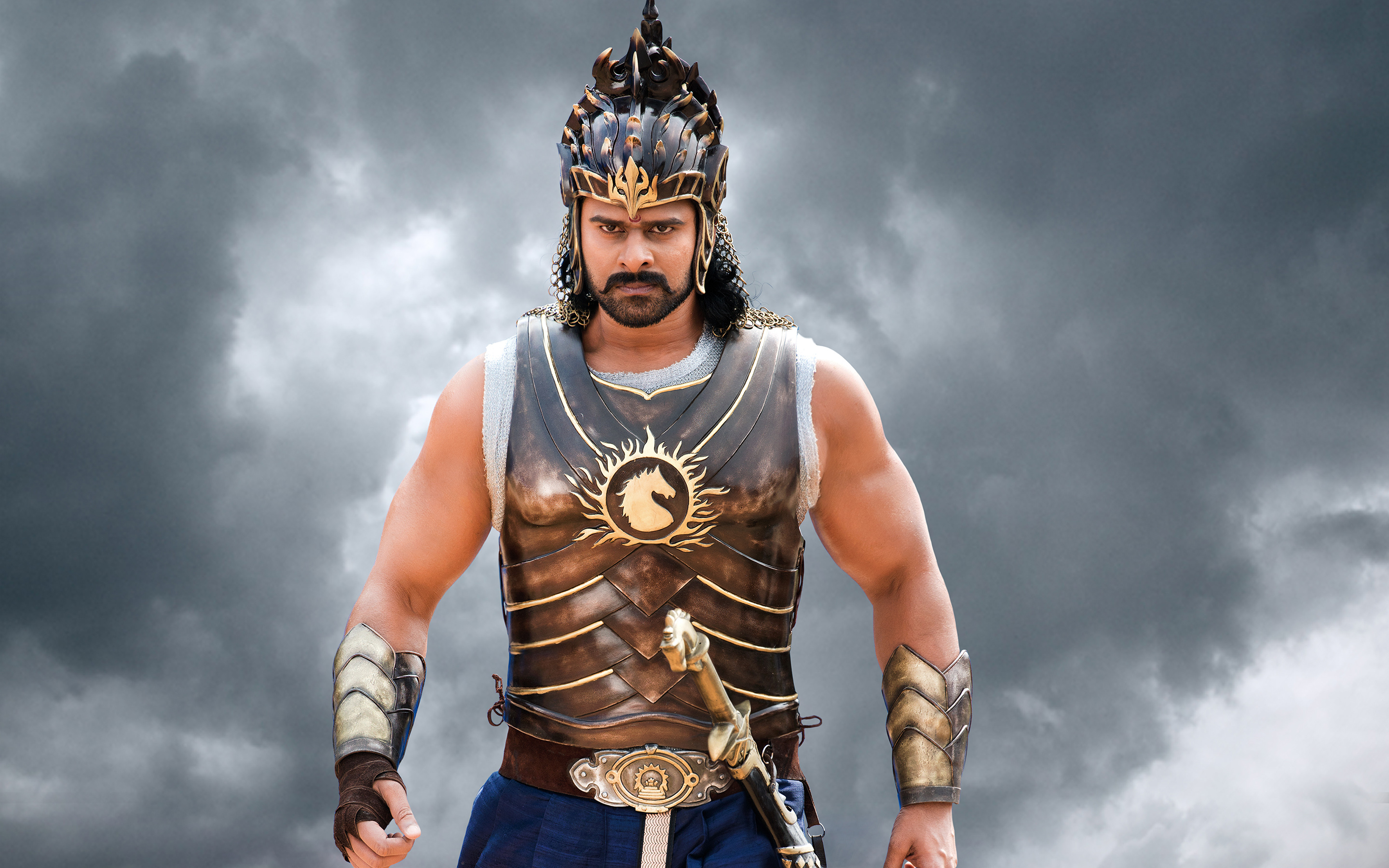 Did The Real Story Of Bahubali 2 Leak?
Ever since the climax of the first movie, there has been plenty of flutter about the story of Bahubali 2 being leaked, with the reason behind the devastating death of Bahubali at the hands of Kattappa. Various lines of thoughts and story were posted on almost every social media site. However, one of these is rumoured to be reasonably close to the real plot and thus, could be a leak into the intriguing central idea of the movie. WhatsApp has recently been trending the following plot –

Prabhas (Amarendra Bahubali) and Rana Daggubati (Ballaladeva) love Anushka (Devasena) and Ramya Krishna (Sivagami) requests her to marry her son Rana. So Sivagami, who was in favour of Bahubali, switches her loyalties in Bahubali 2. Devasena, however, doesn’t oblige and marries Bahubali. Sivagami bans the two from Mahishmati kingdom. The two leave the kingdom but continue to be happy in each other’s company. The people of Mahishmithi kingdom love Bahubali and pray for his well-being even after he leaves the kingdom.

Why Did Kattappa Kill Bahubali?
Meanwhile, Bhallaladeva starts torturing the common people in order to vent his jealousy. Kalakeya’s brother senses the fall of Mahishmathi kingdom and decides to raid it. When Bahubali hears of Kalakeya’s brother plotting against his Kingdom, he saves Mahishmathi from going into Charandeep’s hands. Bhallaladeva and Bijjaladeva kill Bahubali with the help of Kattappa. The reason behind this – Kattappa had pledged to obey the Mahishmathi King at all times and therefore has to abide by his King’s orders. Only then Ramya Krishna realises her mistake and develops affection for Bahubali and saves Bahubali’s son Shivudu (Prabhas) from Rana. Thus, Shivudu is brought up away from the kingdom. Once he comes to know about his parents, he avenges Bhallaladeva and Bijjaladeva.

However, it is only on the 28th of April 2017 that viewers will learn of the real reason behind Bahubali’s death. Resting on the fact that this is a S.S. Rajamouli film and he hasn’t directed a flop film in his entire career, it is but hard to predict the plot of Bahubali 2. Can a movie as great as Bahubali 2, be confined to a predictable plot? Is it true that a movie so gigantic can give away its plot so easily? Nevertheless, be ready to experience a dramatic delight with Bahubali2– The Conclusion’s arresting tale of events.

Baahubali 2 Satellite Rights Sold to Sony For Rs 51 Cr
Bahubali: The Conclusion has started raking in the moolah even before its release. In a record-breaking deal, Sony TV Network has bagged the satellite rights of the Prabahs-starrer film. Sony has bought the satellite rights of bahubali 2’s Hindi version for a record price of Rs 51 crore. It is the highest price for a dubbed film so far. It is also the highest price the channel has paid for a regional film for television screening.