Scene 1: Standing tall at six feet, this tout and toned male model can make any girl go weak in the knees – what with his eight pack abs, 40-30-36 physique and biceps that measure at 16-inches.

Scene 2: She is classy, she is chic. She has a glimmering shine in her eyes, a confidence in her walk and is graceful and elegant as she talks. Her perfectly manicured nails, cautiously waxed hands and legs and a short yet stylish hairstyle make her every inch of a stunningly gorgeous six feet diva.

Now combine scene 1 with scene 2. We have a handsome hunk opposite a dainty damsel. Don’t they look like a pair made in heaven? Bull’s eyes! Oh, but sorry to disappoint you. How can a man marry himself? Or how can a woman tie a knot with her own self? Confused if you are, here’s some respite. The description of the so-called ‘handsome hunk’ and ‘dainty damsel’ is but of the same person – Gaurav Arora a.k.a Gauri Arora! No matter how so ever weird or unbelievable as this may seem to be, it is true. Gaurav Arora changed himself to Gauri Arora wilfully and now belongs to the community of transgender and transsexuals. She, however, is quite different from other transgenders, as she is classy and educated and wants others to behave similarly. She wants to help others in the transgender community to achieve their true potential. It is not every day that we have a man who openly talks about the true identity of his inner self. Gaurav had the guts to come out in the society and proclaim his new identity as Gauri Arora to the world. Take a sneak peek into his life and the journey from Gaurav to Gauri. 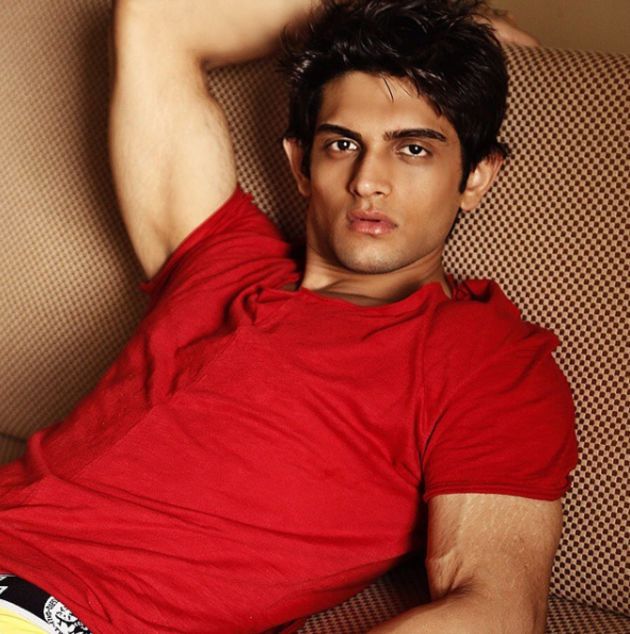 She was born as Gaurav Arora in a businessman family. Gaurav had everything in him to be a supermodel – he was tall, he had a jaw-dropping physique at 40-30-36, he had eight pack abs and 16-inch toned biceps. He was on the cover of country’s leading men’s fashion magazine and had become an inspiration for millions of modelling enthusiasts and body-sculpting hopefuls. A few more years and it is no denying the fact that Gaurav would have ruled the ramp and the small and big screen with his talent. He would have been a star of his own right. But destiny brought Gaurav in terms with his own ‘true’ identity, before he could take a leap ahead. 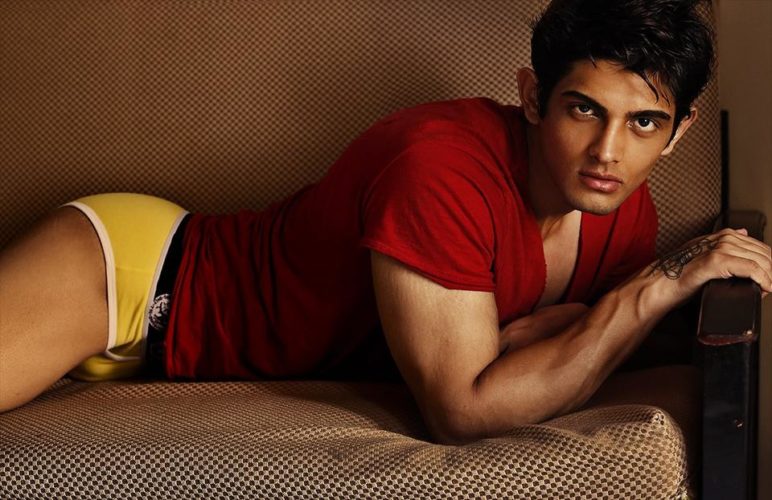 It was while contesting for hit television reality show Splitsvilla on MTV that Gauri Arora finally came to terms with her own self – about being a woman. When invited for the show, then Gaurav did not have the guts to say out in open about being a transgender. So, he mentioned that he was a bisexual to the production team, who said that his sexuality wouldn’t matter as no one would want to know that aspect of his personality. However, a turn of events in the show led him to admit the same on national television. When the episode was televised, there was a lot of hullabaloo that went around. His parents, friends and acquaintances were shocked as were the contestants and the team on the show. However, Gaurav wasn’t happy for he had not revealed the entire truth. 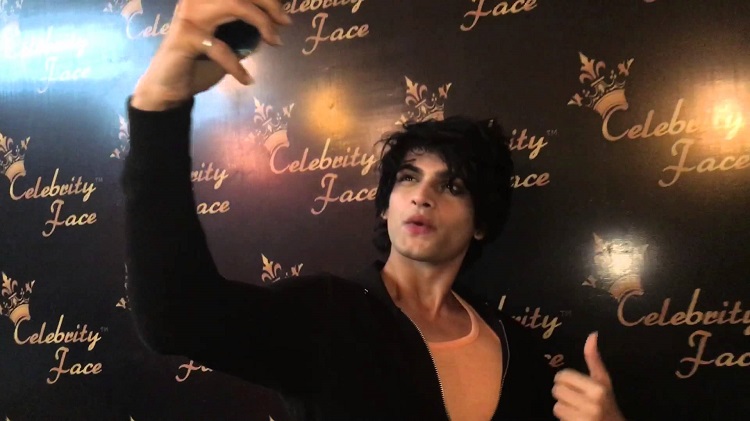 The show was a revelation of sort for Gaurav Arora. It re-united him with his real ‘inner’ self. Gaurav recalls that as a young boy, he was drawn to his mother’s and sister’s wardrobe and make-up. He would often wear them, irking everyone around. He admits that his family was aware of his bent towards femininity but no body acknowledged or appreciated it. In fact, they subdued the matter. They did not approve of his behaviour and were worried about how people would react. He recalls of always feeling like a girl. He was happy being like that and was never bothered that he was different. He recalls telling his dad, ‘I’m your girl… Treat me like a princess’. He also recalls a tragic incident that he had to go through during his childhood. He was 11 years of age. One day, while returning from tuition classes, Gaurav who was dressed as a girl, was raped by a bunch of boys. Due to his innate attraction to boys, he could not sense danger and by the time he realized, it was too late already. 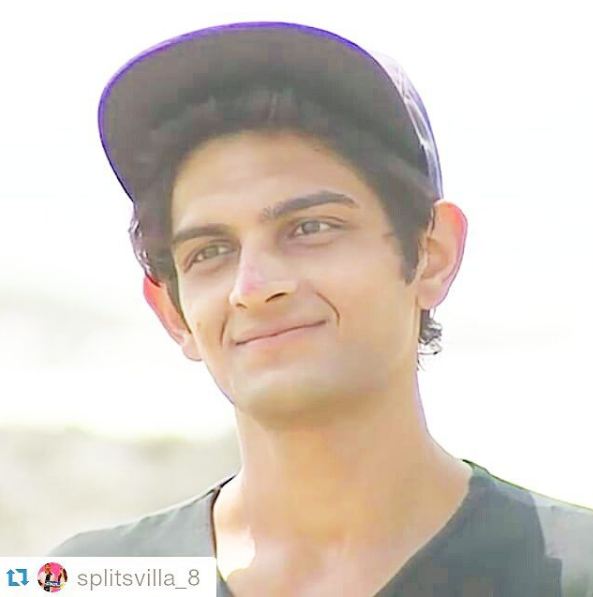 When Gaurav was convinced about what he wanted to be in life, it was like a new birth for him. However, out came the most difficult part – of convincing his parents, siblings and friends of his transformation. He states that he could have lived the life that his family and the society expected of him but that would mean not following his heart. It would be like reaching the zenith of your professional life, having everything you once dreamed for but not rejoicing or reaping the benefits of the same. It would be like popping a sleeping pill every single night just to escape from what he really felt from inside. Gaurav states that his younger sister has not been able to accept the changes in his life till date. He wishes to have her company by him all through. He claims that he can have all the nice clothes in the world and all the prettiness and glossiness but that is it. He has to be content with just these beautiful things. The reality still glares out blatantly—his innate wish of being a woman, of giving birth and raising kids, of being a perfect daughter-in-law and a natural mother is practically impossible. 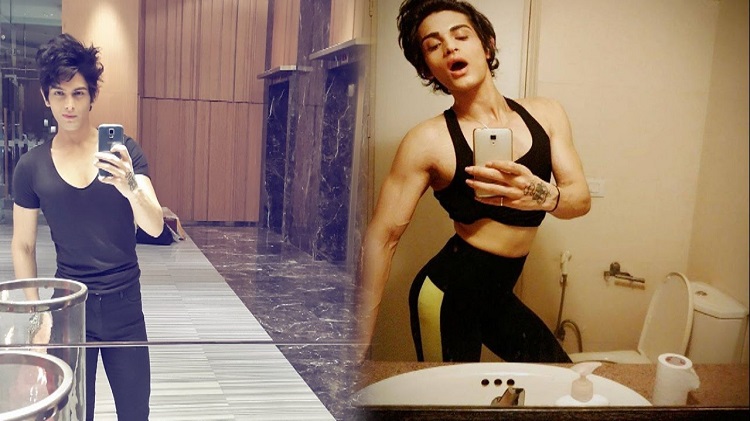 Gaurav Arora had to go through a lot before turning into the diva, Gauri Arora that the country today reckons her as. She knew that she first had to make up her mind to choose between being a complete man or a woman. Once that decision was made, the journey had begun. Before all these superficial changes happened, Gauri Arora underwent a psychiatric assessment to see if she was really ready for such a drastic change. She had to dress as a woman and visit regular places like chawls, government colleges and markets to see how comfortable she felt there in her womanly form. Once she passed her psychiatric assessment, her HRT (Hormone Replacement Therapy) treatment began. She has been taking testosterone blockers and the female hormone oestrogen in tablet form. She has to have the hormone pills for the rest of her life. Though she is aware of the serious risks involved and the drastic side-effects of the pills, she is game for everything. However, Gauri states that despite giving in so much and risking her life to be a woman, she feels disappointed when people laugh at her for taking such a step. Very well aware of the risks involved, Gauri states, ‘I wouldn’t play with my life just like that’.

As for her physical changes, Gauri went under the knife, literally to get into the skin of her inner self. She has got a nose job done, got herself a Botox treatment, went for a laser treatment to reduce facial hair. She has had lip fillers and permanent eye lashes. As for voice, though the doctor has said that it is difficult to change the voice given her age, with practice she can alter it a bit or even go for vocal surgery. Currently, Gauri Arora roughly spends about Rs 50,000 on herself every month to look like a girl. She knows that is way too much and if any ordinary girl would spend that kind of an amount, she would look beautiful too but her challenges are far more serious than what any girl would face. She knows she is in the transitioning phase – she is getting prettier by the day and once the transition would be complete, she would definitely turn into the woman of her dreams. 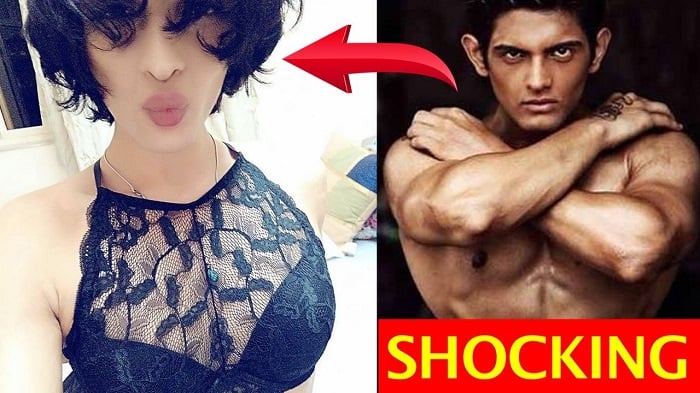 Gauri routine involves visiting the doctor once a month. She is on a strict diet and does cardio twice a day to become as skinny as possible. She knows she has to get rid of the manly muscularity and body mass and is doing everything to change that. Once with eight-pack abs featured as a cover model for a Men’s Health magazine, Gauri is taking in every pain and every pin in her stride to a new her. One of her earnest wishes is to get a perfect 32-24-36 figure and feature on the cover of a women’s magazine. 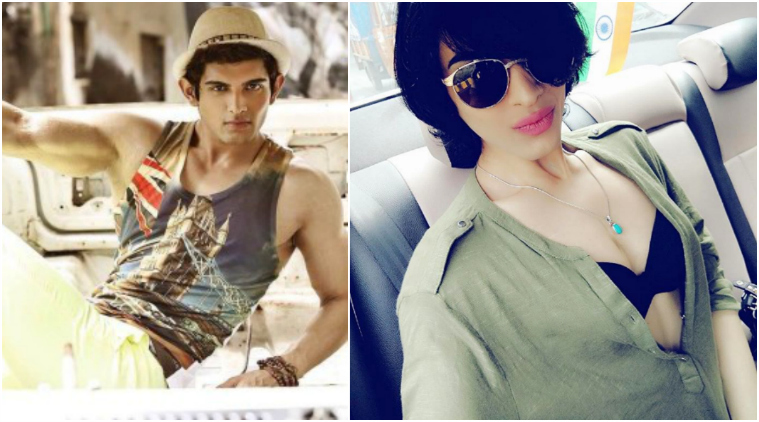 Gauri Arora today is a confident girl with a fighting spirit and a go-getter kind of attitude. She hopes that the transgenders in India do not look down upon themselves and instead behave with dignity. She says that jumping on boys or acting humiliatingly only spoils the image of the LGBT community. She hopes to help other transgenders to achieve their true potential. She aims to be as famous as Malaika Arora Khan or Kim Kardashian. They are not actresses but still hold celebrity status that is everyone’s envy. She hopes to achieve the niche and be as popular as they are.  Her idols include all-American athlete Bruce Jenner, once a Playgirl cover model, who famously transformed into Caitlyn Jenner at 65, after fathering six children from his three marriages.