Diljit Dosanjh: Personal Life & Interesting Facts About The Punjabi Superstar That You May Not Know

With time the Punjab music industry has evolved in a totally new way much different from the older days. One of the harbingers of such development who is at present counted among the leading artists in the music industry of Punjab is Diljit Dosanjh. A renowned Punjabi singer, Diljit has several hit singles and albums to his credit. He has mesmerised the music lovers with hit songs like ‘Veervaar’, ‘Taata’, ‘Sardaar Ji’, ‘Patiala Peg’, ‘Happy Birthday’ and ‘Proper Patola’ among many others. He has also co-hosted television programs and award functions sharing dais with other renowned celebrities like Sonu Sood, Divya Dutta, Gulshan Grover and Kapil Sharma. His increasing popularity in the Punjab music industry along with his dashing looks and personality landed him in the Punjab film industry better known as Pollywood. He went on to prove his mettle with hits like ‘Jatt & Juliet’, ‘Punjab 1984’, ‘Jatt & Juliet 2’, ‘Sardaar Ji’ and ‘Sardaar Ji 2’ that are considered among the most noteworthy and successful big screen flicks in the history of Punjabi films. Today Diljit is counted among the most prospective rising stars of Pollywood. Let us have a close look on the life, career and other facts of this rising star. 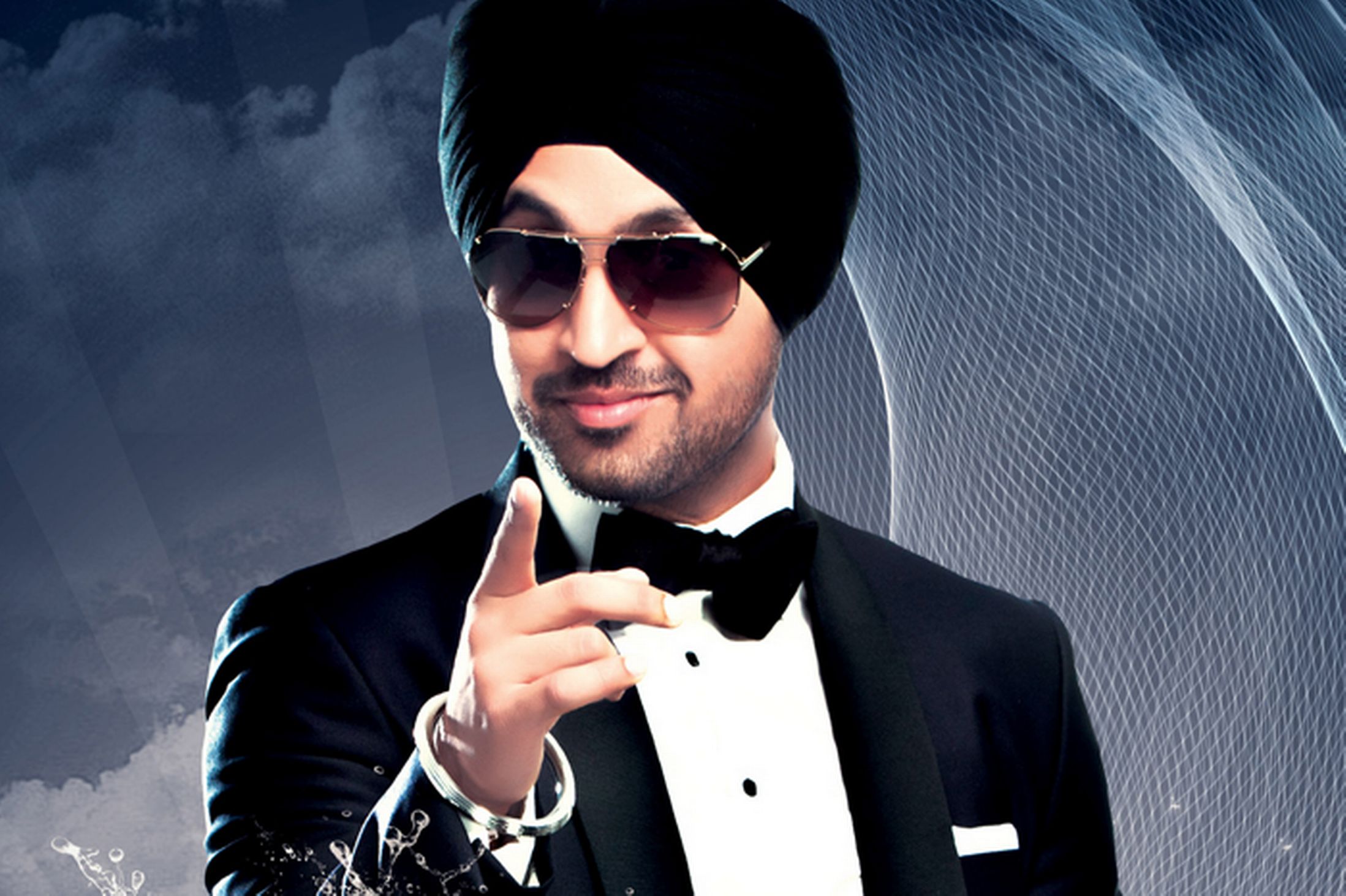 Early Days of This Gifted Punjabi Artist
This talented Punjabi singer, actor and TV presenter was born Daljit Dosanjh in the Punjabi Sikh family of S. Balbir Singh Dosanjh, an employee of Punjab Roadways, and his wife Sukhwinder Kaur on January 6, 1984, in Dosanjh Kalan, a village in Jalandhar, India. Diljit has one elder sister and one younger brother. He was initially raised in Dosanjh Kalan while his boyhood was spent in Ludhiana where he attended ‘Shri Guru Harkrishan Public School’ and obtained his high school diploma. His connection with music started when he was still in his schooldays with singing Gurwani Sikh music at the local gurdwaras. While growing up he took music training from Kartar Singh and Gobinder Singh Alampuri, and their style of music often got reflected in Diljit’s early works. From then on he has not only enchanted his audiences with good music but has also developed himself as one of the top musicians in the Punjab music industry. 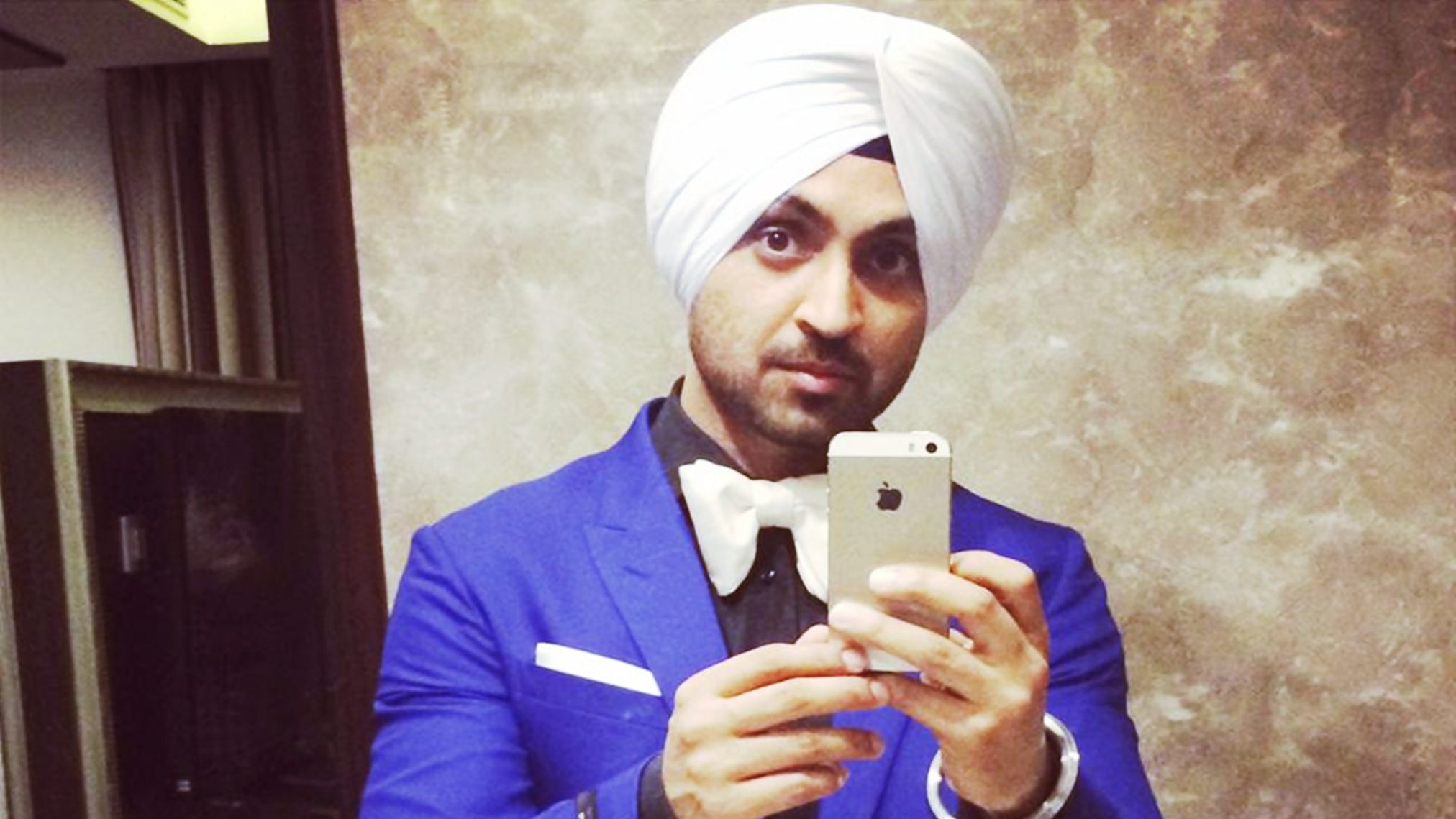 Entering the Punjab Music Industry
The solo track and music video ‘Ishq Da Uda Ada’ that was produced in a 2000 album by ‘Finetone Cassettes’ marked Diljit’s first recorded mainstream performance. His first two albums ‘Ishq Da Uda Ada’ and ‘Dil’ were released by Finetone Cassettes in 2004 – however both the albums failed to garner appreciation from music lovers. While stepping in the world of Punjabi music industry, he changed his name from Daljit to Diljit as advised by Rajinder Singh of Finetone. His hard work and dedication towards music finally paid off in 2005 with the release of his third album ‘Smile’. The album that consisted of tracks like ‘Paggan Pochviyan Wale’ and ‘Nachh Diyan Alran Kuwariyan’ earned him immense popularity as an upcoming music star. There was no looking back after this for Diljit who literally lived up to his new name winning hearts of many with a string of albums released in next few years. These included ‘Ishq Ho Gaya’ (2006), ‘Chocolate’ (2008), ‘The Next Level’ (2009), ‘Sikh’ (2012), Back 2 Basics’ (2012) among others. 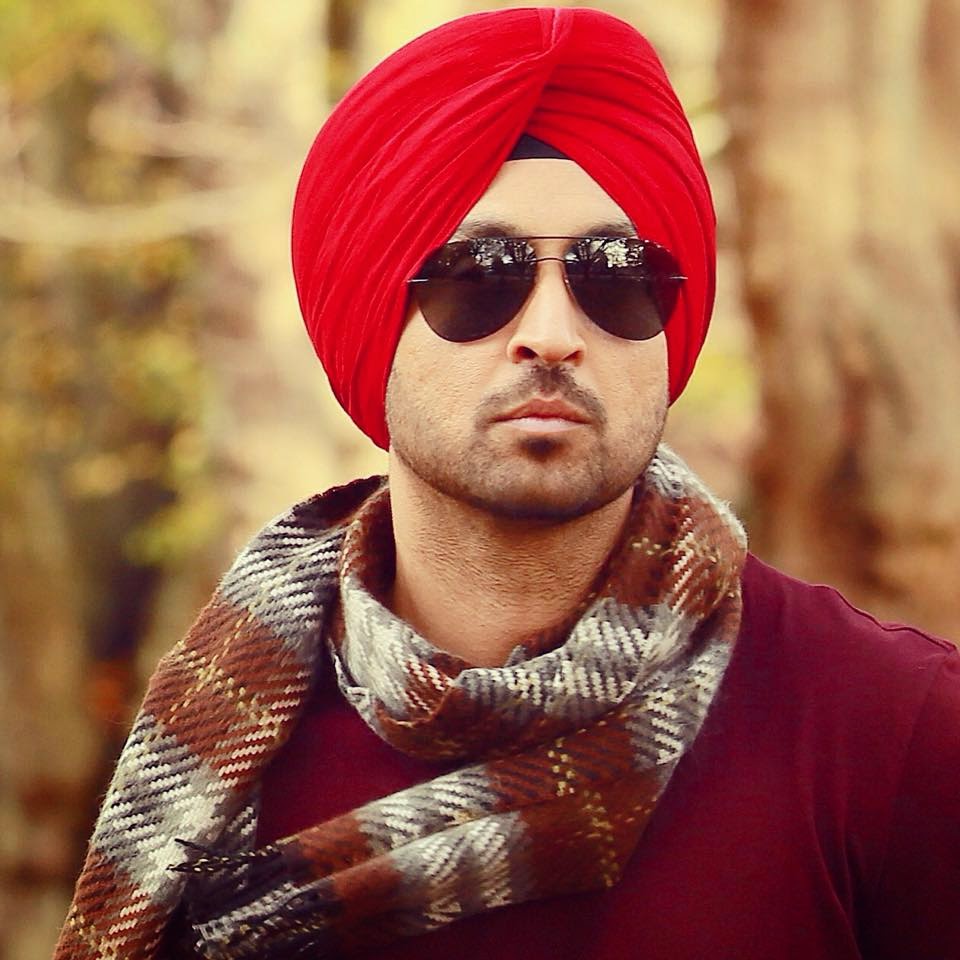 Diljit, whose live shows have become a craze amongst his fans and viewers, tours regularly in the US, Canada and UK. ‘The Dosanjh Tour’ that he conducted throughout the UK in 2016 saw the concerts being sold out – the second music sensation of Punjab apart from Gurdas Mann to have sold out Webley Arena.

Stepping Into the Punjab Film Industry
While his music career moved at jet speed, he took a step forward in the world of entertainment and endeavoured into excelling his talent at the silver screen debuting  in the 2011 Punjabi film ‘The Lion of Punjab’. The film where he essayed the lead role of Avtar Singh and lent his voice on 6 of the 9 tracks failed to make an impression at the box office, but what emerged as a great success was one of his tracks from the film called “Lak 28 Kudi Da” that featured Yo Yo Honey Singh. On April 30, 2011, the track that although was not featured in the movie, attained numero uno position in England on the official Asian Download Chart. His second big screen flick ‘Jihne Mera Dil Luteya’ that released on July 29, 2011, where he starred opposite the likes of Gippy Grewal and Neeru Bajwa and also contributed as a singer in 6 of its 12 tracks fared well at the box office. The movie not only garnered him accolades from viewers but also fetched him Best Actor award at ‘Punjabi International Film Academy Awards’ and ‘PTC Punjabi Film Awards’ in 2012, both of which he shared with Gippy Grewal. 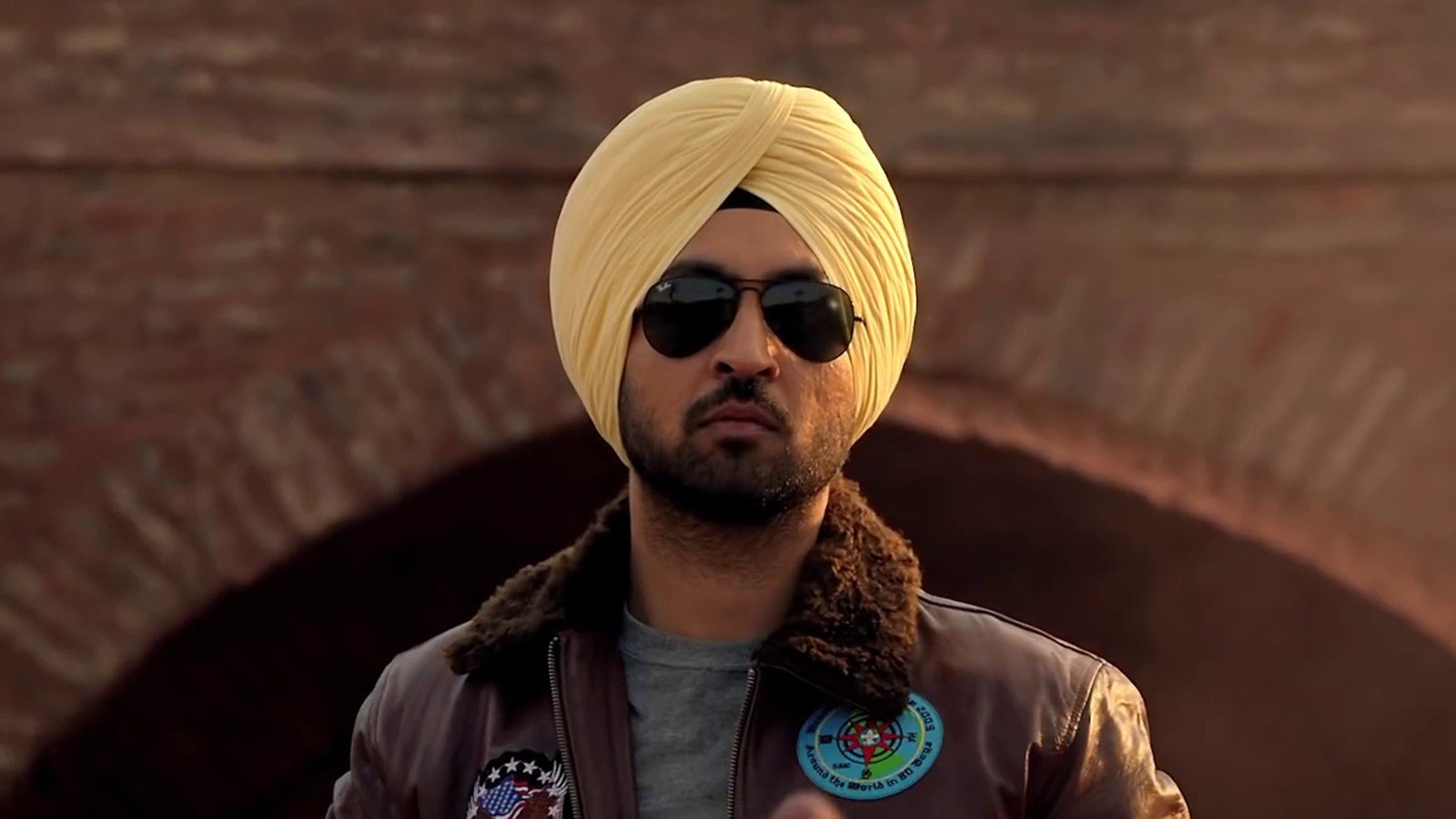 His next film, a Punjabi rom-com, ‘Jatt and Juliet’, which released on June 29, 2012, became a smashing hit. The film where he starred opposite Neeru Bajwa and also lent his voice in 5 of the 7 songs fetched him Best Actor award at ‘PTC Punjabi Film Awards’ in 2013. The enormous box office collections from the film added with rave reviews led to its sequel ‘Jatt & Juliet 2’ that was released on June 28, 2013, marking the first sequel of any Punjabi film in the history of Pollywood. The sequel was also a smashing hit with Diljit and Neeru Bajwa reprising their respective roles. Diljit yet again earned the Best Actor award at ‘PTC Punjabi Film Awards’ in 2014 for his performance in the sequel.

With the success of ‘Jatt and Juliet’, there was no looking back for Diljit who went on to perform in a string of Punjabi films over the next few years that did fairly well at the box office including films like ‘Saadi Love Story’ (2013), ‘Disco Singh’ (2014) and ‘Mukhtiar Chadha’ (2015). Other films of Diljit that were smashing hits in Punjab and also gave tough competition to some of the Bollywood flicks in the overseas market included films like ‘Sardaarji’ (2015), its sequel ‘Sardaarji 2’ (2016) and ‘Ambarsariya’ (2016). However, the one film that needs a special mention is the Punjabi period drama ‘Punjab 1984’ that was directed by Anurag Singh and released on June 27, 2014. The film was not only a blockbuster hit but also garnered positive response from critics and won the Best Feature Punjabi Film at the 62nd National Film Awards. Diljit who essayed the leading role of Shivjeet Singh Mann won the Best Actor award from ‘PTC Punjabi Film Awards’ in 2015. His forthcoming Punjabi film ‘Super Singh’ is slated for 2017 release. 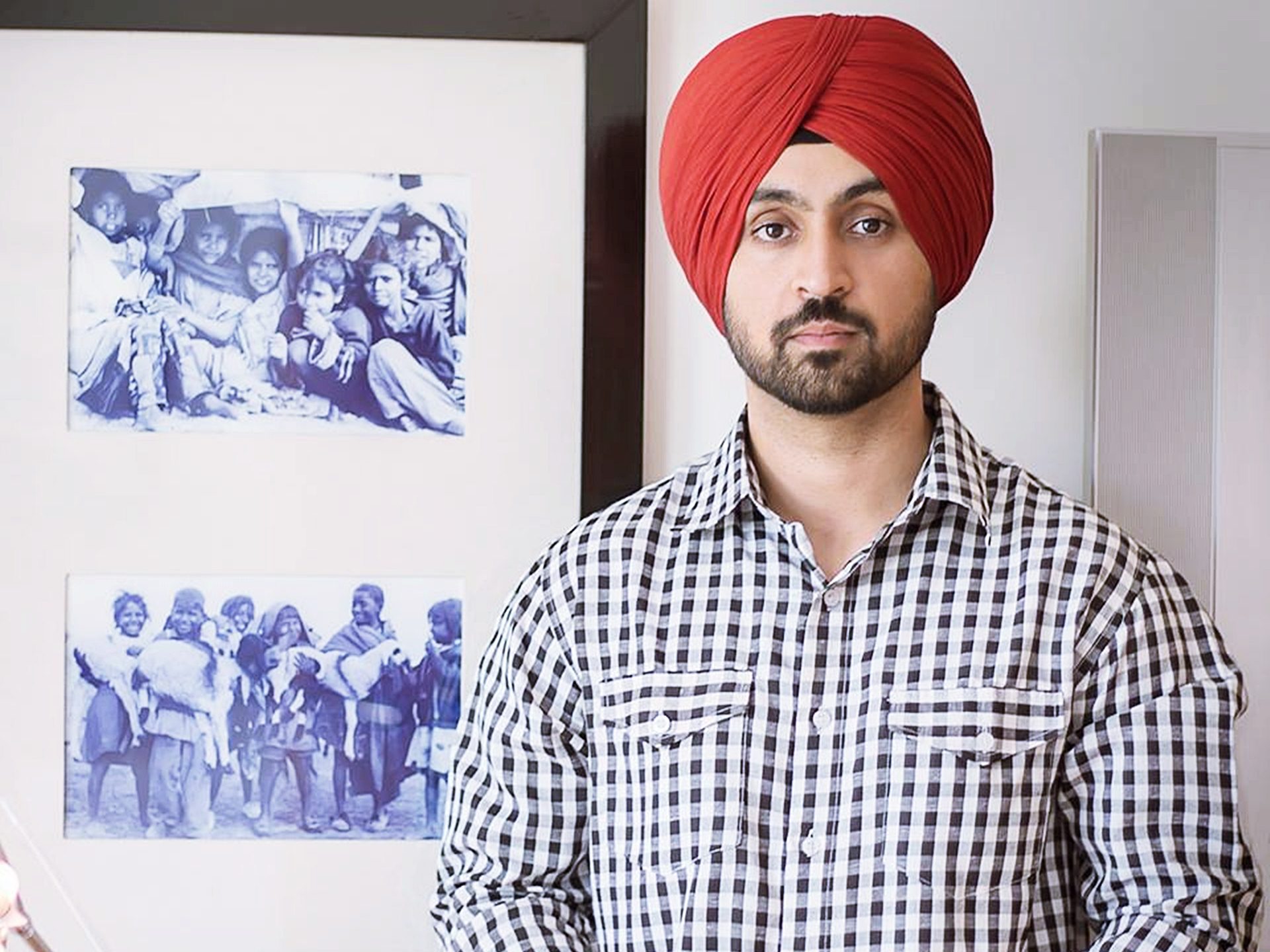 Journey in Bollywood
He made his Bollywood debut with the crime drama ‘Udta Punjab’ that dealt with drug abuse in Punjab. Amidst lot of controversies and bottlenecks hovering around its subject, the movie finally released worldwide on June 17, 2016. The film where Diljit played the character of ASI Sartaj Singh starring opposite superstars of Bollywood like Shahid Kapoor, Kareena Kapoor and Alia Bhatt garnered positive reviews from the critics and also did well at the box office. His upcoming Bollywood movie ‘Phillauri’, a romantic comedy, which is slated for a March 31, 2017 release, will see him starring opposite another Bollywood diva Anushka Sharma.

What’s Brewing Up in His Personal Life – Is He Married?
This young and handsome celebrity who is many a time linked with his co-stars have infused a lot of curiosity among his fans and followers with regard to his personal life, romantic association and marriage. Although rumours had it that Diljit secretly tied knot with a Canadian girl with speculations doing the rounds that he also has a one year old boy, there is no solid evidence to substantiate such statements. 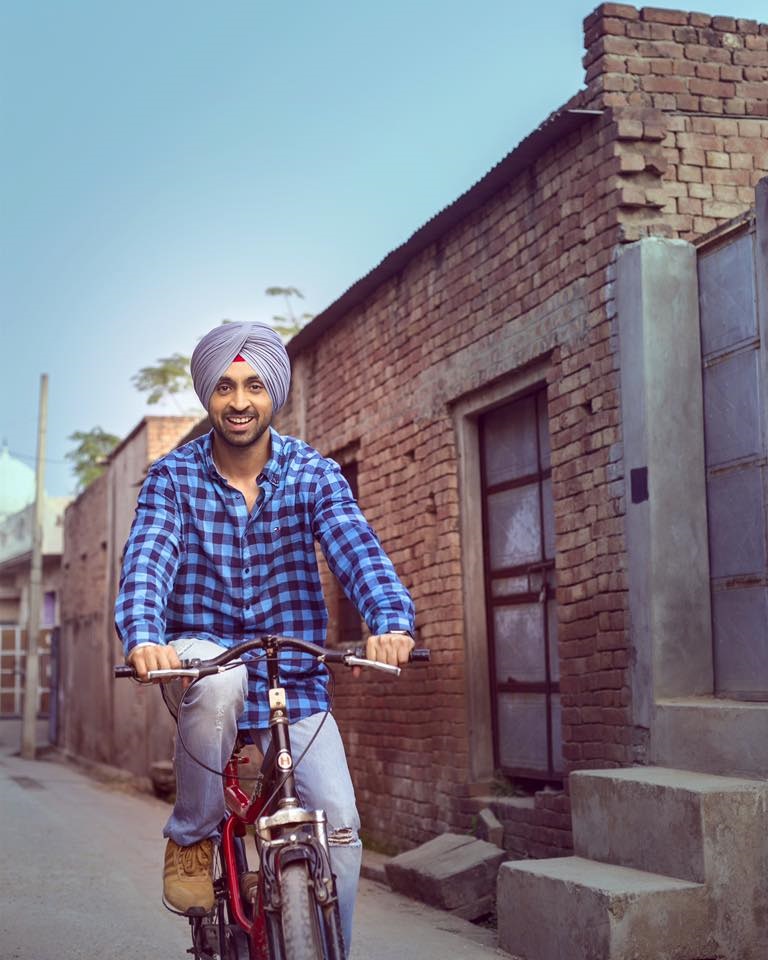 Other Aspects
Diljit endorses brands like Coca-Cola and Flipkart in Punjab and was inducted along with Puneeth Rajkumar and Rana Daggubati as the brand ambassador of Star Sports Pro Kabbadi in its fourth season. On the eve of his birthday in 2013, Diljit launched his NGO, ‘Saanjh Foundation’ that mainly focuses on the well being of seniors and underprivileged children.