Jaswinder Singh Bains, better known as Jazzy B rocked the music charts with his first album titled ‘Gugian Da Jorra’ in 1993. This musically gifted Punjabi singer cum songwriter has given the music fraternity some of the most smashing Punjabi numbers. He has been ruling the bhangra world since the 90s, belting out mega hits one after another. Even though he was raised and continues to live in the United Kingdom, he has tightly held onto his Punjabi culture. With his songs on repeat at popular clubs, he has ruled the hearts of the youngsters. His hip-hop bhangra songs are played everywhere, be it a Punjabi wedding, discos or even at the music stalls on the corner of the street. Jaswinder Singh has won the hearts of millions and has made the world groove to bhangra like none has ever done, thus winning the title of ‘The Crown Prince of Bhangra’. With his chiselled good-looks and Punjabi demeanour, Jazzy B has women all over the world going gaga over him. Winning almost all awards he has ever been nominated for, Jazzy B is now giving acting a shot. Read on to know more about this versatile ‘Prince of Bhangra’. 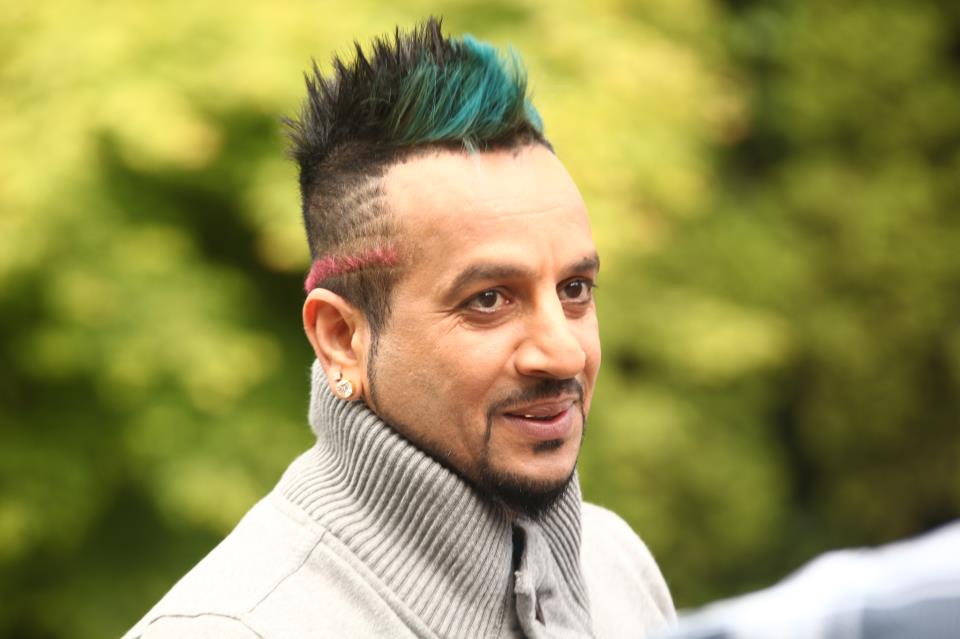 The Birth Of A Music Sensation

Jaswinder was born at Durgapur, Punjab, India on 1st April 1974. His family immigrated to Vancouver, Canada when Jaswinder was 5 years old. As an adolescent, he was focused and perseverant. He worked at a construction site at a very young age. He was distinctively good at sports too, and he was a star player for his school Ice Hockey team. Jaswinder always had an affinity for music. He often used to sing along with his group of friends at parties and Punjabi functions. Seeing his immense musical talent, his friends encouraged him to take on the music world. A close friend and co-worker lent him 5000 dollars to make a plunge into the music industry. All Jaswinder needed was a little push and the support of his family and friends and he sky-rocketed to success in a short span of time. 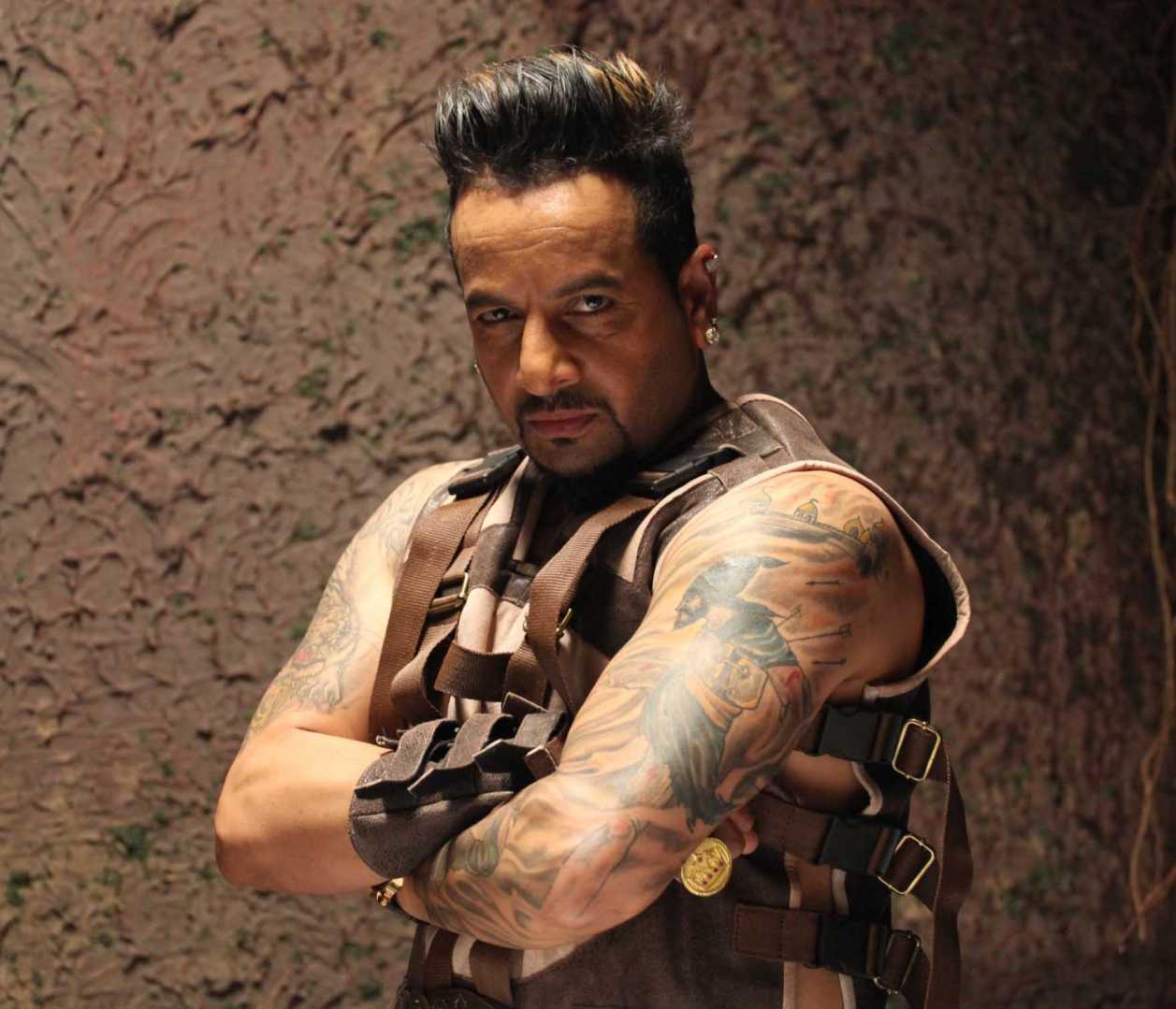 How He Became The Prince Of Bhangra

With sheer determination and gifted talent, Jaswinder soon got recognised as Jazzy B when his first album came out in 1993. He had Non- Punjabi-speaking folk dancing and singing to his songs. Soon he tore the music charts and escalated to the top ranks with his refreshing change to Bhangra by incorporating a hip-hop and RnB twist to his songs. He took the best of both the cultures he was exposed to and benefitted by merging them together. He soon turned into a craze for the younger generation and a pride for his Punjabi brethren.

Ever since his debut, he has released 14 albums, all of which have been produced by Sukshinder Shinda, a talented international Bhangra record producer and artist known as ‘The Music Man’. Sukshinder believed in Jaswinder’s potential to be the next Bhangra sensation and has stood by him throughout his career. Having a massive hand that trusted his work constantly on his shoulder, Jaswinder was soon crowned the ‘Prince of Bhangra’ by the music world.

Do You Know These International Music Videos Were Shot In India? 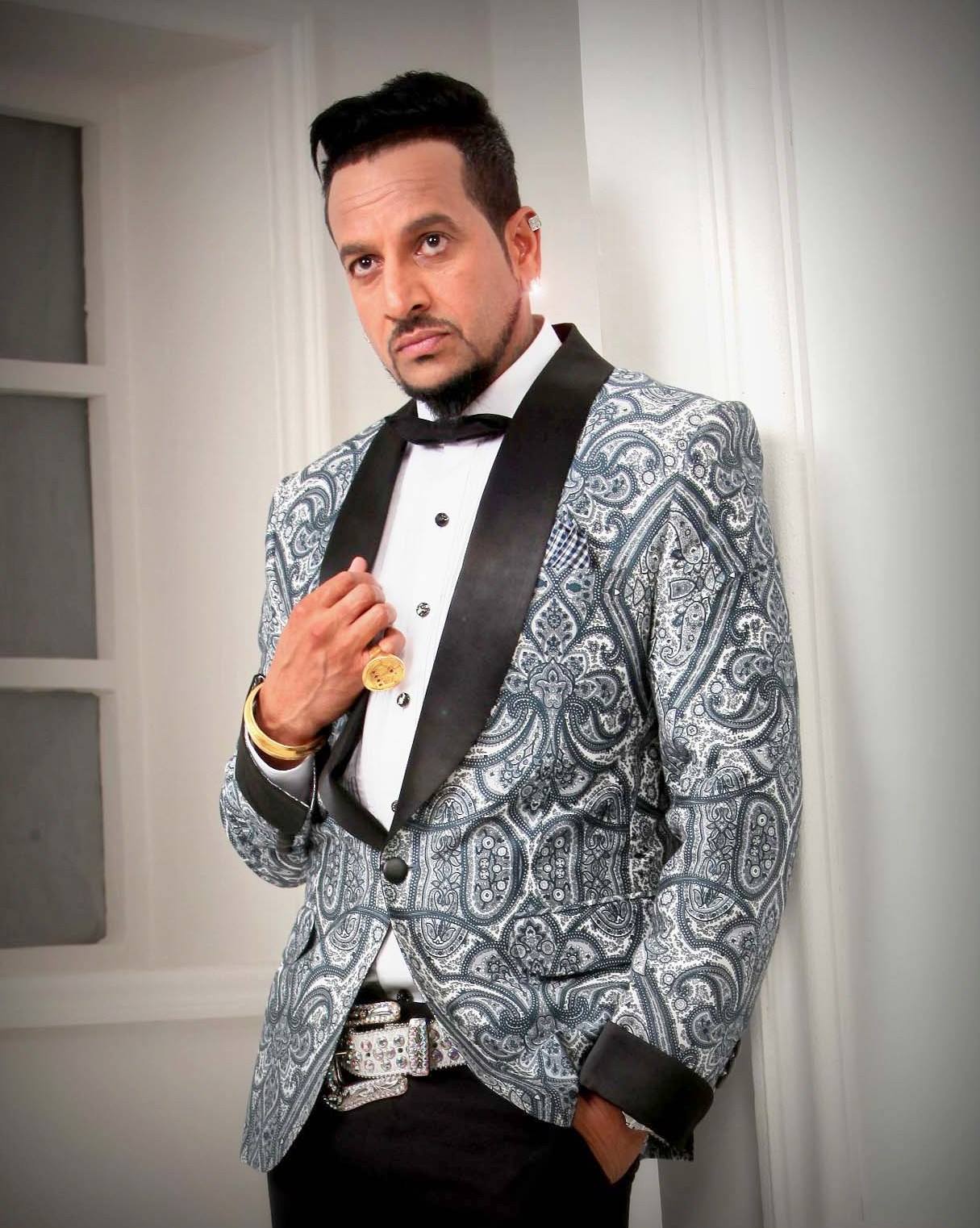 Jazzy B has collaborated with international artists and has created a massive buzz with some of his songs becoming timeless. Some of his most popular tracks are ‘Jine Mera Dil Lutiya’, ‘Nagg Samble Zulfa De’, ‘Rambo Rambo’, ‘Maha Raja’, ‘Singhiyan Diyan Gadyian’, ‘This Party Getten Hot ft. YoYo honey Singh’, ‘Mitra De Bhoot Ft. Dr. Zeus’. He has won a dozen Brit-Asia Music Awards and PTC Punjabi Music Awards for the same.

Jazzy B – The Actor
As a result of his success, Jazzy B landed himself roles in quite a number of films and the Bhangra pop-star soon became an actor. In 2012, he made his debut as an actor with Punjabi singer and actor, Gippy Grewal and Miss India Universe 2008, Simran Kaur Mundi called ‘Best of Luck’. He also featured in movies like Jaat Juliet 2, Remeo Ranjha and Double de Trouble. As a performer he strikes a wonderful balance between comedy and emotion.

Know The Top 20 Hottest & Sensuous Bollywood Songs of All Time! 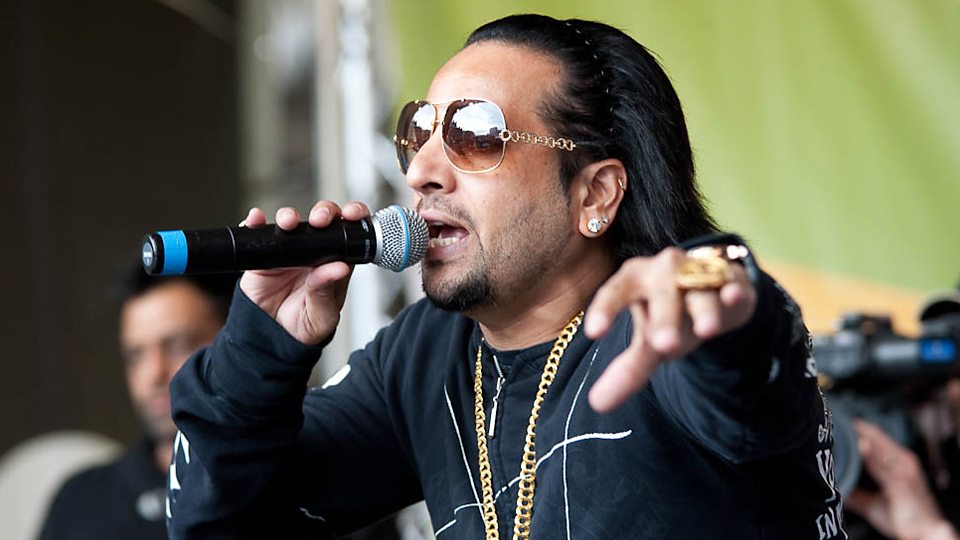 Jazzy B has done a number of stage shows all around the world; he has performed at award functions and has toured India, Canada, England, the United States, and other countries home to large Punjabi populations. He mostly juggles life between India and UK. He tours alongside his pillar, Sukshinder Shinda, promoting albums and performing at shows. In 2005, at the Balle – Romeo Tour, which promoted Jazzy B’s album ‘Romeo’ and Sukshinder Shinda’s album ‘Balle’, in Canada attracted a record crowd of over 65,000.

Behind All The Fame
Jaswinder is a down to earth and family oriented man. He is married to the gorgeous Hardeep Kaur and has two wonderful children – a girl and a boy. He is often seen with his wife and children. He prioritises his family life and gives a lot of attention to his kids. Jaswinder may have over a million fans, but he is also a die-hard fan of the popular Kuldeep Manek, who is his role model as well. He takes inspiration from his work and has remained true to his vision as well as those who have aided in his rise to stardom. He has also said that the reason for his longevity as a successful Bhangra artist is that he works exclusively with Sukshinder Shinda as he does not want to flood the Bhangra market with songs on different producers’ albums.

These Inspiring Bollywood Songs Will Fire You Up With Motivation 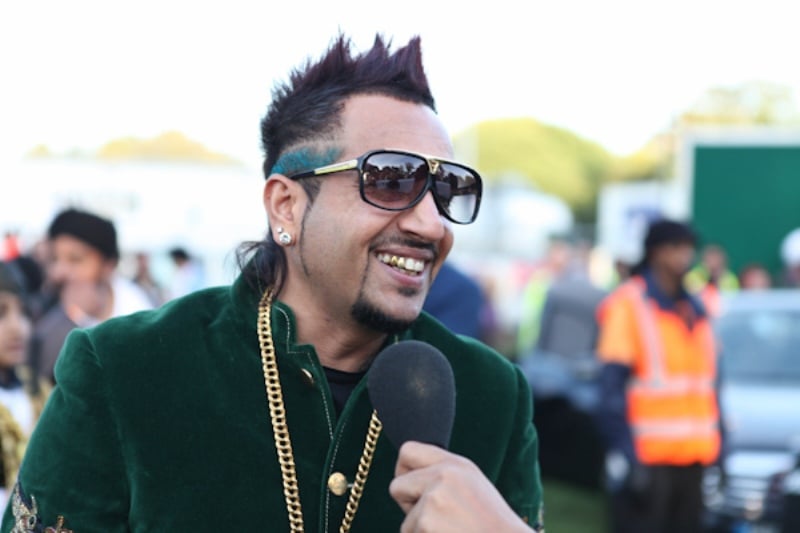 Jazzy B has jazzed up the fashion world too. His cool fusion of Indo-western style has done the rounds as a trend statement in the fashion industry and continues to do so. His continuously changing hairstyle is also quite amusing to all his fans. He never seems to stop at a stereotype, and always creates a new look for himself. With razor blade designs or funky colours, Jazzy B knows just how to get his style right. He is often dressed in western casuals or semi- formals with a very desi bling to his look. He is a trendsetter and has a lot of teenagers aping his style. Being a performer at heart, his videos have always gained all the attention with his innovatively choreographed steps tapping to the right beats, naming him the ultimate ‘Original Folksta’. With his latest album ‘Repeat’ also being a major hit, Jazzy B is living up to his prestigious title. 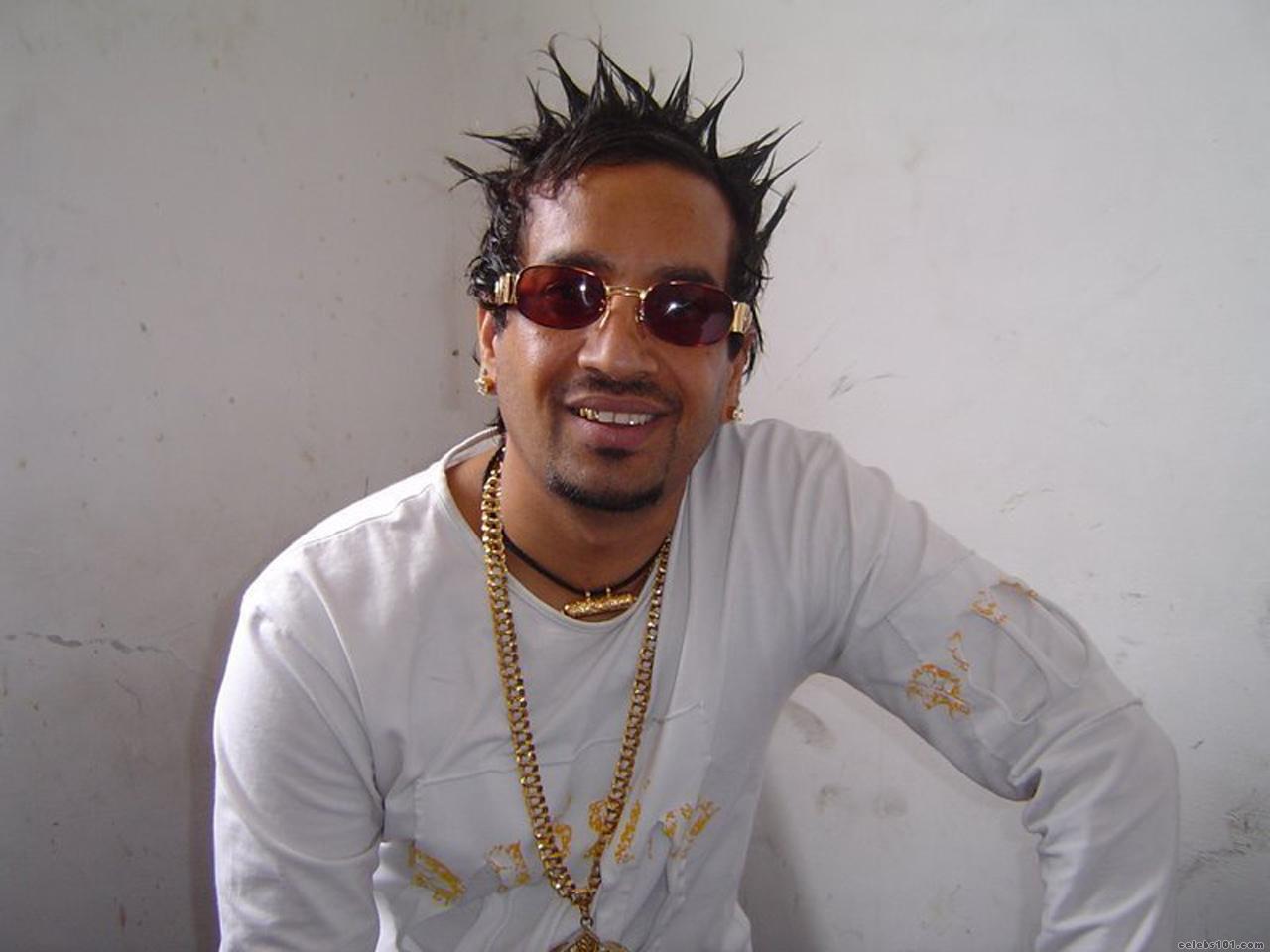 He was awarded the O.B.E. (Officer of the Order of the British Empire) in the 2008 Queen’s New Years Honors List for his services to music.