Imlibenla Wati, an upcoming model from Nagaland, is the first women of Naga origin to be selected to represent India at an international pageant. She Wati is from Changki in Mokokchung, Nagaland. She was born in 1995. She was a star student at school and represented Nagaland at the national level Science Fair when she was in class 9. She was awarded student of the year in the 12th standard. She was very active in school, with keen interest in sports. As her mother reminisces, Imlibenla Wati disliked wearing skirts to school and was enthusiastically interested in sports like kick boxing and soccer. She was also interested in biking and outdoor activities. Confident and independent by nature, she is said to be headstrong individual as a child with a strong belief in herself.  Her confidence and boldness found an outlet in the world of fashion and modeling, where she blazed a trail and opened new horizons for Naga women. Her transformation into a successful and talented model has been an inspiring one. She is a strong woman, with a seriousness of purpose and a great sense of values. 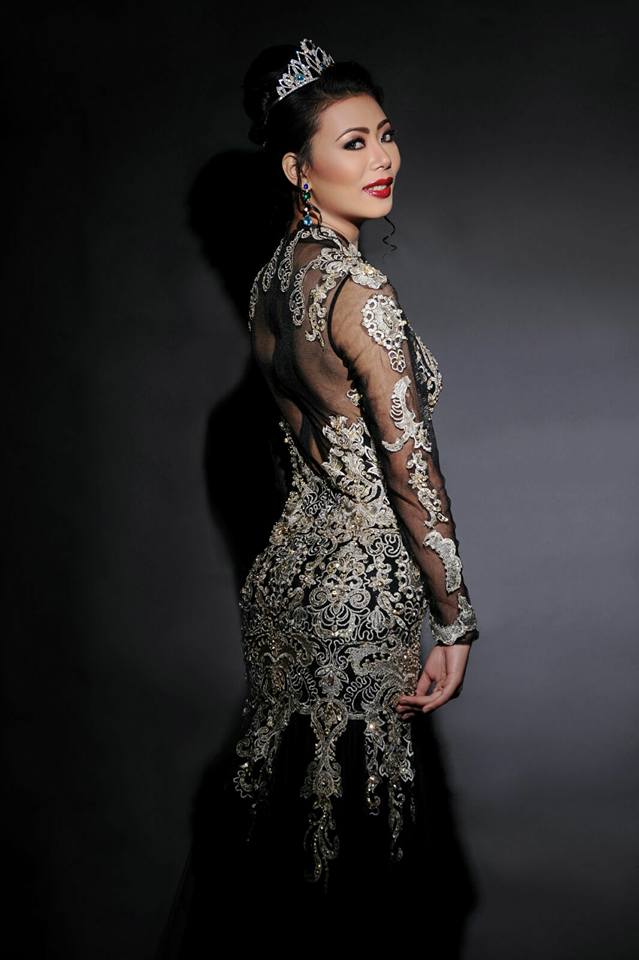 Imlibenla Wati began modeling and competing in beauty pageants after leaving school. She was the runner up at Miss Mokokchung pageant in 2012.  Her first significant success came when she was crowned Miss Nagaland as part of the annual Hornbill festival in 2012. She was only 17 years old at the time, and there has been no looking back for her since then. Her confidence and ability, which were evident even in her school days, have carried her far in the modeling world.  She was selected from over 850 contestants from the North-East to compete in the Ru Ba Ru Miss India Elite contest. She travelled to Delhi to compete against top models on the all India stage. Despite coming from a small state like Nagaland she was able to hold her own against top Indian models and shone at every stage of the contest. She has a maturity and a natural sense of fashion that belie her youth. She stood out against tough competition and won the first runner up title at the Ru Ba Ru Miss India elite pageant. She was chosen as the runner up from among 25 finalists. She was competitive and yet remained friendly and popular among her fellow contestants. She was voted Miss Congeniality by the contestants of the Miss India Elite beauty pageant. This pageant was held in Lavanya, Delhi under the theme “Let’s make female feticide history”. After this success, she worked as an active model in Delhi. She took part in the Lakme Fashion Week in Delhi where she modeled some of Ramokla Pongen’s creations. Her maturity and self belief together with a natural elegance were noticeable and helped her to stand out. 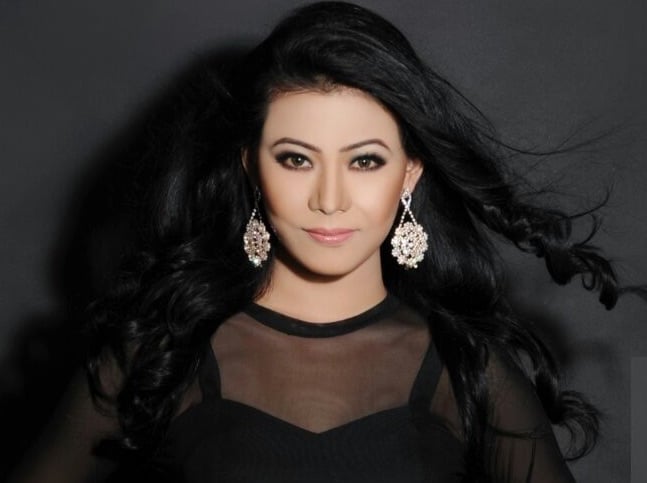 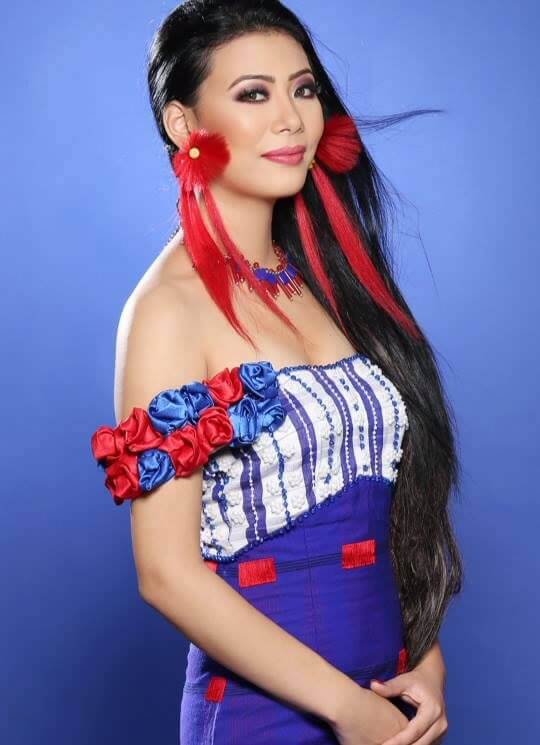 The Women behind the Successful Model

Imlibenla Wati is equally at home in a village or in a world metropolis, interacting with rural folk or the cream of fashion. She is at ease, and projects a warmth and confidence, as much in her traditional Naga dress as in haute couture. She has the communication skills, knowledge of fashion and etiquette to make it in the world of fashion and glamour. She feels that fashion can be created out of a variety of styles and materials and insists that true beauty lies within. She is articulate and a quick learner. Her mother is a strong inspiration and source of support for her. She has a strong sense of integrity. She is a student of law at the NEF Law College in Guwahati. She has taken all the attention in her stride, and says that turning a deaf ear is the best answer to rumors and gossip. Imlibenla Wati has a natural grace and a mature presence beyond her years. She is an example of beauty with a purpose. She considers it important to be ‘a good woman’. She has a strong sense of religious faith which is evident in her statements.

She is has great interest in music and singing. Together with some collaborators, she has even created a popular YouTube cover version of ‘Make You Feel My Love’ by Adele. She plays the drum as well, which she has pursued from her schooldays. As mentioned above, she is also interested in martial arts and kick boxing.

She considers pageantry to be a showcase of a host of talents and qualities, more than just modeling. Her youth and modernity of outlook, her humility, sense of reality and demure looks have all impressed judges and viewers. Nagaland is called the land of pioneers and she typifies this quality of the Naga people. 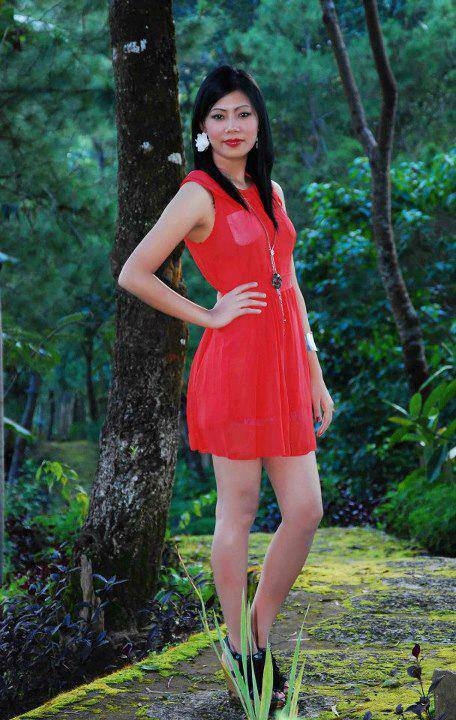 Imlibenla Wati has a strong sense of identity and social concern, and has participated in a number of charity events.  She organized a charity event on March 9, 2016 at Dillai Gate, Signal Basti and Railway Lines. She was seen hosting a charity event in Dimapur, where her strong sense of belonging to the community was evident. She visited the homes of the people of Dimapur, bringing them a message of hope and confidence and also emphasized the importance of education at this event.

What Does She Think About Nagaland & North East India?

She has helped bring attention to the northeast and Nagaland, and that has definitely helped Nagaland’s profile on the national stage. She is making waves for being one of the first North Eastern models to attain success at national level. She wants the North East to be featured more in Indian media, and even Bollywood, as this would diversify and enrich India’s popular culture and image. As she says, the people of the Seven Sister states have the talent, and with a little hard work and confidence, they can achieve a lot. 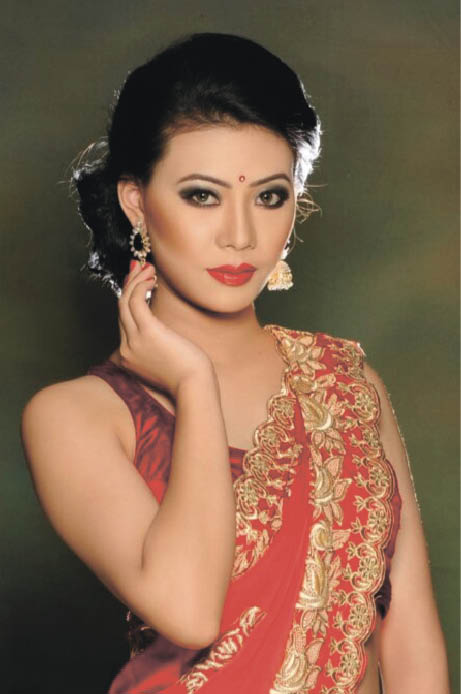 The success of North Eastern and Naga models also brings into the spotlight and encourages Naga fashion designers, makeup artists and others. She urges others from the North East to act on the national stage. She is very motivational and articulate in her statements. She emphasizes the importance of dignity of labor and a good work culture. She highlights the role of women and the need to empower women for the development of society. She is herself a symbol and personification of Naga women, and highlights their beauty and confidence. She is also doing work to encourage sports in her home state.