World cricket has witnessed the emergence of several talented bowlers over the years, who have achieved historic milestones by their incredible abilities.  Fast bowlers in particular, have been quite effective in the past few decades in restricting the opposition from reaching the target. The Yorkers and in-swinging deliveries of these pacers, which travel at lightning speeds, have often been a threat to even some of the best batsmen in the world. The unbelievable speeds at which a few of these cricketers bowl often makes batsmen struggle to score runs and succumb to pressure. Some of the Yorkers of these bowlers have also been termed ‘toe crushers’ since the speed at which they travel have even left the feet of batsmen bleeding. Some of the deliveries of these bowlers have even broken the stumps and left cracks on the bats due to the impact caused by their speed. Although many eminent fast bowlers in cricket history can be named easily, there are also many who are recognized for their speed and not just wicket taking abilities. This list consists of the names of 10 such immensely talented bowlers, who have been hailed as the fastest bowlers in the history of cricket. 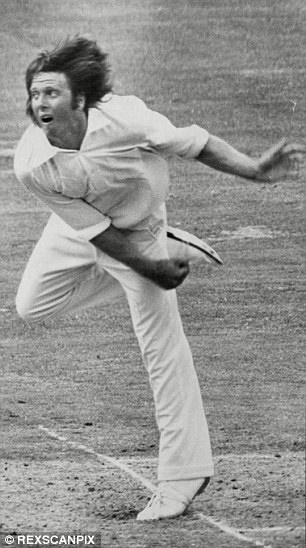 Jeff Thompson has been one of the most phenomenal bowlers in the history of cricket and the greatest strengths of team Australia during his era. During 1975-76 it is believed that this legendary pacer clocked speeds of more than 160 km/h, which was quite a feat for a bowler to achieve during his time. However, many have raised objections against this claim by saying that there weren’t accurate speedometers during that time. Another remarkable accomplishment of this eminent Australian bowler is to have scalped 33 wickets during the renowned ‘Ashes’ test series held during 1974-75. 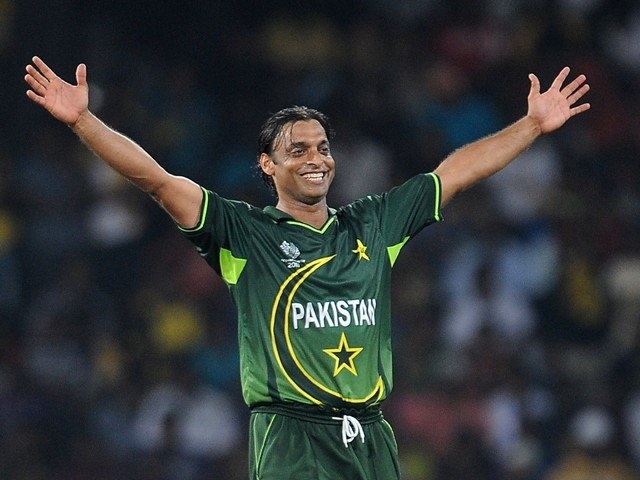 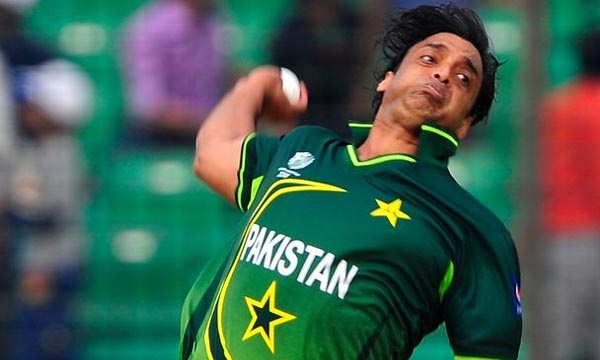 Famously known as the ‘Rawalpindi Express’, Pakistani pace man Shoaib Akhtar took the world of cricket by storm.  Shoaib, who is famous for his really long run-ups, was a terror amongst even the best batsmen. The speedster created history during the 2003 World Cup, when he delivered the fastest ball of his career, which clocked 161.3 Kmph. His bowling action was also questioned by many, who felt the bowler ‘chucked’, rather than sticking to the traditional way of rotating the arm. However, Shoaib came out clean and went on to play a vital role in many victories for his team, Pakistan.
3. Brett Lee 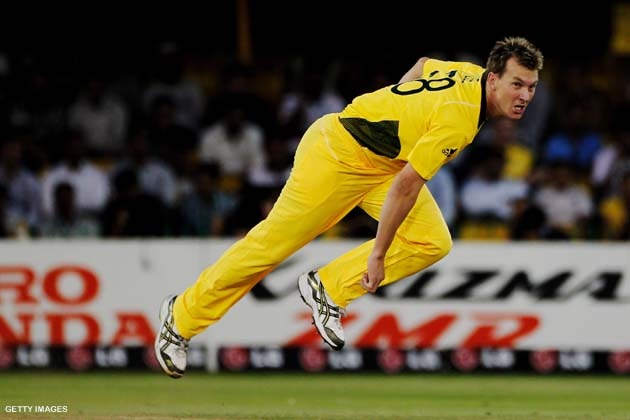 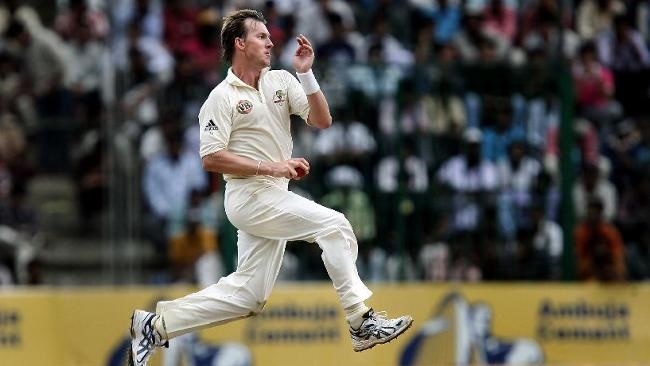 Known for his famous toe-crushers, Brett was formerly the spearhead of the Australian bowling attack and was a big worry for his opposition. In terms of speed, Brett has always been a stiff competitor to Shoaib Akhtar and went on to bowl a delivery which measured 160.7 kmph (99 mph) on the speedometer. Brett achieved this feat in a match against England during the group stages of the ‘2003 Cricket World Cup’. While bowling against Sri Lanka in the same tournament, Lee reached 160.1 kmph and opener Marvan Atapattu was at the receiving end. Apart from being a speedster, Lee also holds the reputation of being the first player in the history to get a hat-trick in an international ‘Twenty 20’ match. His pace has helped Brett immensely in being a leading wicket-taker and the former cricketer is one of the few players to have picked more than 300 wickets in test matches. 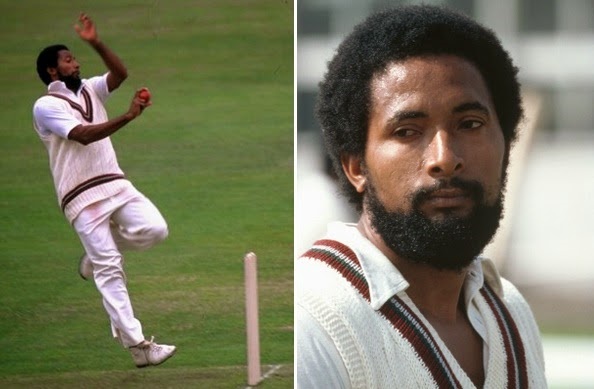 West Indian bowlers of the past have always been hailed for proving their incredible abilities with the ball. One such bowler who has made his nation proud is the legendary Andy Roberts.  The West Indian apparently reached 159. 49 Kmph in a match held in 1975 and then managed 157.4 Kmph a year later. He was considered to be one of the best bowlers of his era and only second to the legendary Jeff Thompson. Roberts was devastating due to the clever method he used to adopt while bowling bouncers. He used to sometimes bowl the slow bouncers which would tempt the batsmen to play lofted shots and immediately follow it up with a bouncer which reaches the batsmen with the speed of a bullet. The faster bouncers of Roberts usually surprised the batsmen often leading to their dismissal.

5. Shane Bond
The deadly Shane Bond was the backbone of the New Zealand cricket team, especially during the early 2000s. He was one of the few bowlers who could single handedly rip apart even some of the best batting line-ups.  Many have even hailed him as New Zealand’s best find since Sir Richard Hadlee. During 2001/02, when Bond had just started his international cricket career, he managed to impress the lovers of the sport by picking 21 wickets in 9 matches in the ‘VB Series’ tournament. In one of the matches during the ‘2003 Cricket World Cup’, this deadly pace man managed to deliver a ball which measured 156.4 kmph on the speedometer, said to be one of the fastest in his career. The pressure of consistently bowling at lightning speed made Shane more prone to injuries and his international cricket career couldn’t last too long. 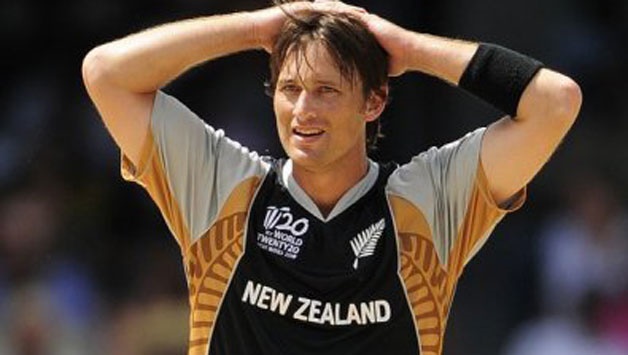 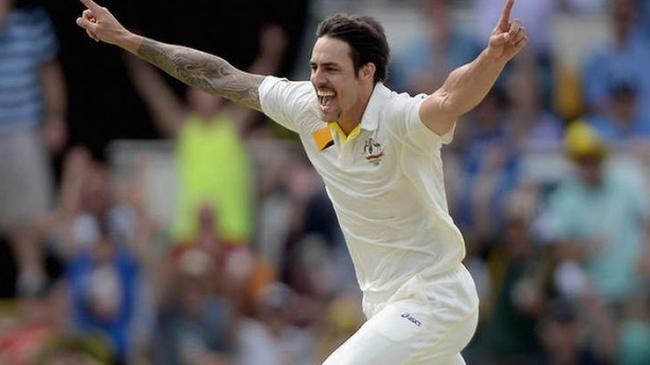 The current icon of the Australian cricket team, Johnson is also one of the most feared bowlers in international cricket today. Johnson, who has been the recipient of the ‘Test Player of The Year’ and ‘Cricketer of The Year’ honors by the ‘International Cricket Council’, is one of the greatest strengths of the present Australian squad. Johnson entered the league of one of the fastest bowlers in history during the renowned ‘Ashes’ tournament held in 2013. One of Johnson’s deliveries even measured 156.7 kmph, which is the fastest of his career. His best bowling figure in test cricket was scalping 8 wickets for 61 runs in a match against South Africa, a feat achieved by very few bowlers in international cricket. 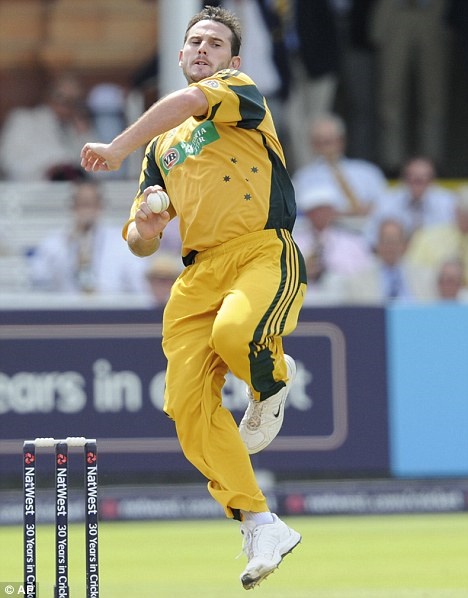 Yet another Australian speedster who was one of the key players for all the teams he played for be it the Australian national team or an ‘Indian Premier League’ franchise.  Although Tait is already renowned for reaching high speeds in the range of 150 to 155 Kmph on a regular basis, he achieved a phenomenal bowling feat in 2010. During a T20 international match against Pakistan held this year, the bowler managed to reach 160.7 kmph and within a few months he bowled a delivery which measured 161.1 kmph on the speedometer. His bowling action has also been often compared with the great Jeffrey Thompson. Perhaps, that could be the secret behind this bowler’s incredible bowling prowess. 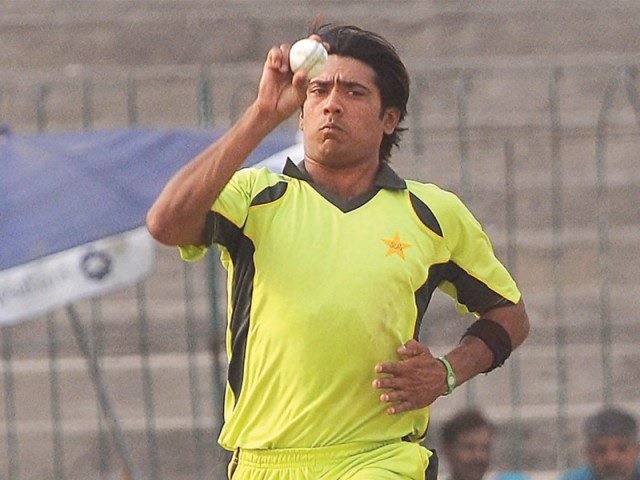 Pakistan has produced some of the world’s most aggressive bowlers like Wasim Akram, Waqar Younis and even the recent Shoaib Akhtar. The early 2000s marked the arrival of Mohammed Sami, an attacking pacer who scalped 8 wickets in a single innings, during a 2001 test match against New Zealand. Sami once made headlines for having bowled a delivery which clocked at 164 kmph, shattering all previous fastest delivery records. However, it was later found that the speedometer was faulty. Yet, Sami has the reputation for bowling Yorkers at lightning speeds, which spell doom for his opposition. 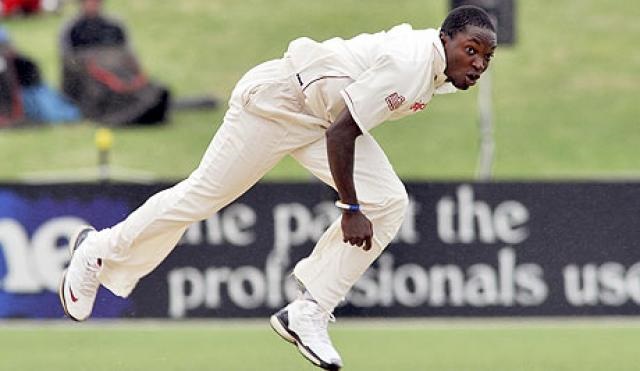 Fidel Edwards is easily one of the most dangerous bowlers West Indies has produced in recent times. Edwards has numerous 5-wicket hauls in his international cricket career. In his ‘ODI debut’, Edwards left a lasting impression amongst cricket fans after he picked 7 wickets by giving away just 22 runs in a contest against Zimbabwe. In a match held in 2003, Edwards even touched 157.7 Kmph, thus helping him join the league of the world’s fastest bowlers. Fidel is also a prominent face of the ‘Indian Premier League’ cricket tournaments. 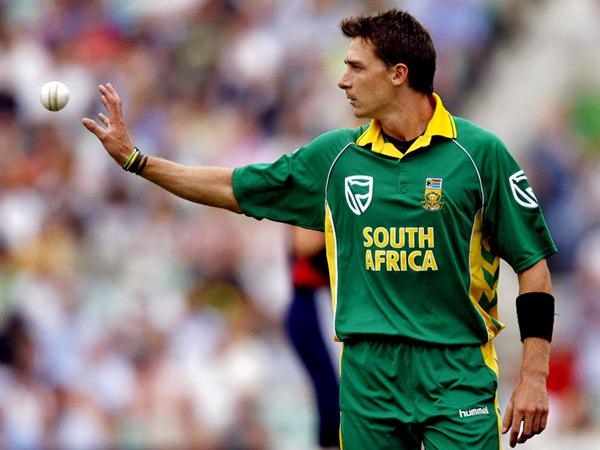 South African spearhead Dale Steyn is a nightmare to even some of the most talented batsmen these days. Steyn clocked at 155.7 kmph , while bowling against New Zealand in 2015, which earned him a lot of praises from some of the greatest cricketers of all time.  During the 2010 season of the ‘Indian Premier League’ tournament, Steyn bowled a lightning fast delivery which clocked 156.2 Kmph on the speedometer, during a match between ‘Royal Challengers Bangalore’ and ‘Kolkata Knight Riders’. Even otherwise, the South African has been consistently bowling at speeds which vary between 145 to 150 Km/h. Steyn’s bowling prowess has also earned him several honors such as ‘ICC 2008 Test Cricketer of The Year’, as well as ‘Wisden Leading Cricketer In The World’.

Stumble
Which one among these speedsters has left a lasting impression on you?