10 Creepiest Unsolved Crimes Of All Time

When American politician Bill Cohen said, “Hate crimes against individuals do harm to more than just one person”, he hit the nail right on its head. As if committing a crime isn’t enough, people go to great lengths to repeat the act several times, and eventually vanish into thin air. When we hear about a crime, most of us hope that justice is served and the offender is taken to task. However, the crimes that truly send shivers down our spines, and make our stomachs turn, are those where no one has any clue about who did it. Such crimes, till they are solved, appear to have jumped straight out of the whodunit novels by Agatha Christie. The only difference is that no number of Jane Marples and Hercule Poirots could ever close these cases. Slaughter or theft, years of investigation is conducted, but all in vain. Amongst several such cases which still remain unanswered, here are 10 creepiest unsolved crimes of all time.

1. Jack The Ripper
Johnny Depp 2001 starrer, From Hell, tried recreating certain events from the year 1888, when five prostitutes were brutally killed in the Whitechapel district of London’s East End. The murders were undoubtedly the work of a serial killer; their throats were gashed, and the rest of their bodies were dismembered. The style of slaughtering these prostitutes pointed towards the same killer. What was creepier were the notes received by investigating authorities, in which the man called himself Jack the Ripper. There were suspects, such as Aaron Kosminski, a resident of the area who was a regular client with the women, Montague Druitt, a barrister who was deemed a lunatic, and George Chapman, a barber who was convicted later of killing his wives. However, no one could be pinpointed as the murderer, and Jack the Ripper remains a mystery after more than a century. 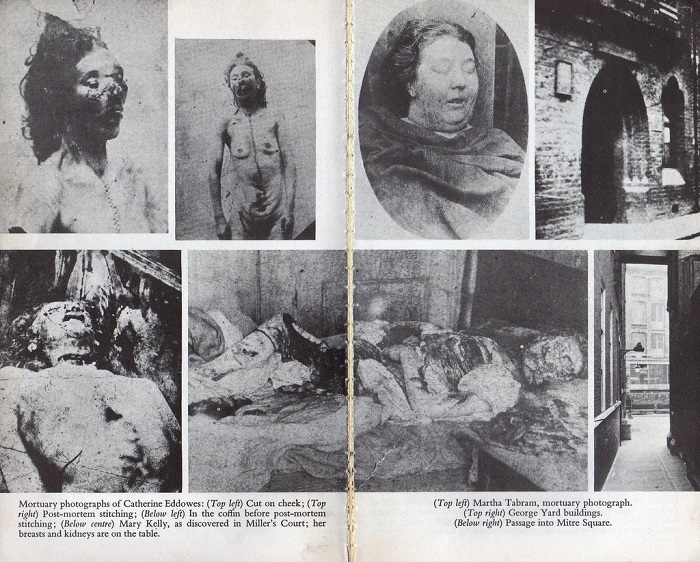 2. The Feminicidio Of Ciudad Juarez
Juarez, a small town on the Mexican border, has shot to fame with the rape and murder of hundreds of women who either worked in factories or were living there for its proximity to the U.S. Despite efforts to catch the offenders, no one has been arrested, owing to the drug wars, prostitution rackets and widespread corruption within the government. The murders, which started in the 1990s, continue today, though they aren’t as rampant. These serial homicides are one of the creepiest, unsolved crimes of all time. 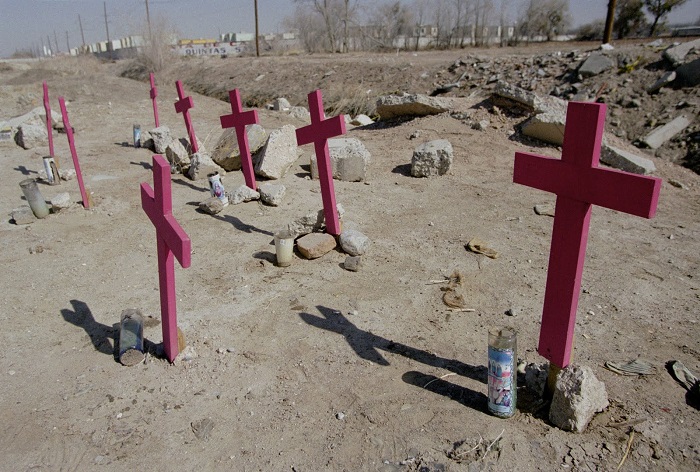 3. The Zodiac Killer
As if murder isn’t cruel enough, there are those who claim, “I like killing people because it is so much fun.” Calling himself ‘the Zodiac’, an unidentified man went on a killing spree starting from December 20, 1968, and continuing through the following year. The first murders were those of a couple who were sitting inside their car, parked in the Bay Area of San Francisco. The murders went on, with nothing tying the random victims together. Even the method of taking their lives kept changing. What made it creepier was the game played by the Zodiac with the police. He sent notes and coded letters, with a cross enclosed within a circle, as his signature. He went to the extent of mailing a shirt covered in blood to prove that the murders had been committed by him. More than 2500 people were arrested for questioning, but no one was found guilty. The killing stopped after almost a year, but the case has still not been closed, and it remains one of the most baffling crimes even today. 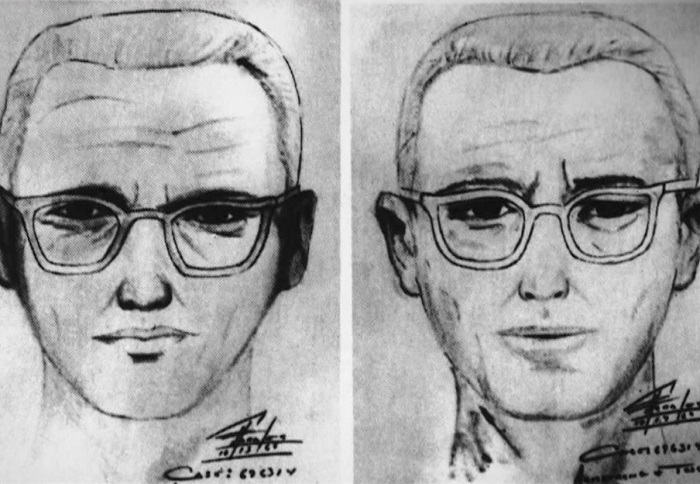 4. The Taman Shud Case
Most often, law catches up with even the severest of offenders. However, what happens, when there is a crime, but no criminal involved? This case is one of the most fascinating that investigators have ever come across. December 1, 1948, 6:30 A.M. saw a man lying dead in Adelaide’s Somerton Beach. Despite thorough investigations, the man could not be identified. According to the police, one way to find out his identity, was to check where he had bought his shirt from. A suitcase, containing his clothes, was recovered no doubt, but mysteriously all the tags had been ripped out. In fact, even the ones he was wearing were missing their labels, making it impossible for the cops to trace his origin. Apart from a few numbers that still haven’t been decoded, the only clue was a scrap of paper with the words, “taman shud”. This was later found to be torn out from a copy of the book, ‘Rubaiyat of Omar Khayyam’, and translates to “ended”. 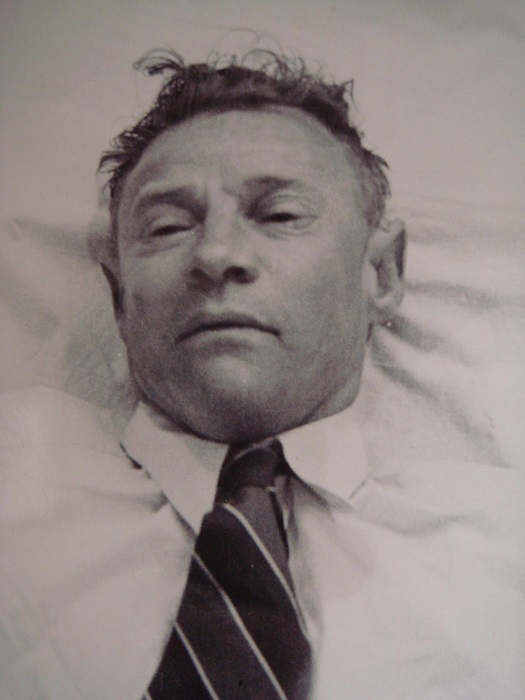 5. The Chicago Tylenol Poisonings
During September and October, 1982, seven random, innocent people, residing at Chicago, died suddenly within hours of popping an extremely popular pain killer, known as Tylenol. A 12-year-old unsuspecting girl, a certain Adam Janus, as well as his brother and sister-in-law, and three other victims died from consuming Tylenol laced with cyanide. The news spread like wildfire, the police ordered people to avoid consuming the painkiller, and the drugs were taken off the shelves. It was found that the bottles had been tampered with at local medical stores and not during manufacturing. Though a few suspects were arrested, they could not be convicted due to lack of evidence. It is because of this creepy crime—which still remains an open case—that medicines are now sold only in tamper-proof packaging. 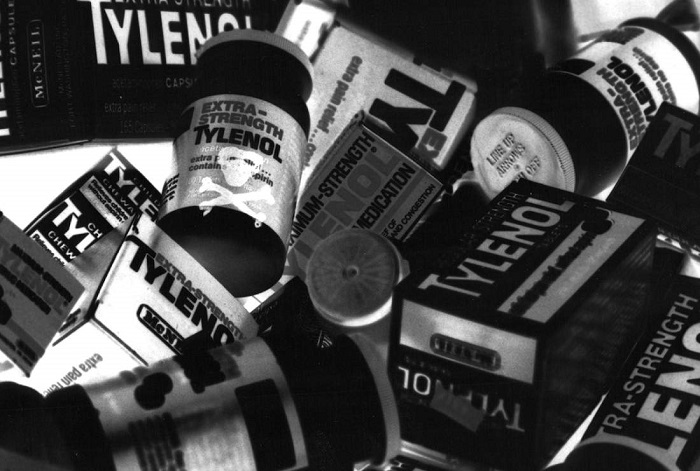 6. The Black Dahlia Murder
An aspiring actress, and a suspected prostitute, Elizabeth Short was found murdered on Norton Avenue, Los Angeles, on January 15, 1947. The sight proved to be gruesome, with the victim’s body being dismembered into half, blood drained out, and the corners of her mouth carved to look like a clown’s smile. The murder, after which the victim was nicknamed, “Black Dahlia”, was highly publicized. Several people came forward to give their confessions as the killer. However, the confessions were found to be misleading, and no evidence pointed towards them. The mystery still remains wanting of a logical conclusion, and since then, this crime has inspired several movies and books. 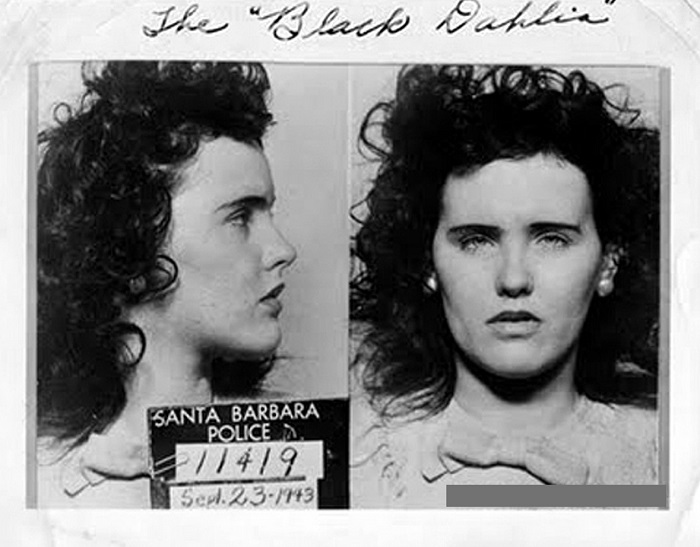 7. The Beaumont Children
The disappearance of nine year old Jane, seven year old Arnna, and four-year-old Grant, all of them members of the Beaumont family, continues to baffle the police departments of Australia. It happened in 1966, when the three children went missing without the slightest trace of any evidence. Having left home to visit Glenelg Beach, which lay 5 minutes from their residence, hours passed and they still did not return. The parents panicked, and informed the police. Witnesses came forward, claiming to have seen the children playing on the beach with a tall, lanky blonde man, and the mail carrier saw them walking towards home later. However, they failed to reach home. Speculations have been many, but the case still remains unsolved and open. 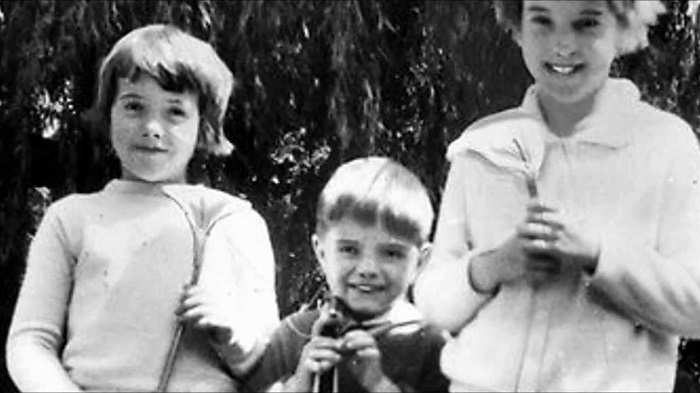 8. Boy In The Box
On February 25, 1957, in Northeast Philadelphia’s Susquehanna Road, a small boy, presumed to be anywhere between 4 to 6 years of age, was found stripped, murdered and packed inside a cardboard box. His body bore several injuries, and enquiries were made by the police as well as the international TV show, “America’s Most Wanted”, about a missing boy. However, nobody ever came forward to identify the boy, the murderer was never found, and the unsolved case remains baffling even today. The poor victim’s grave reads, “Heavenly Father, Bless This Unknown Child.”, and people still hope the killer faces the consequences for the heinous crime. 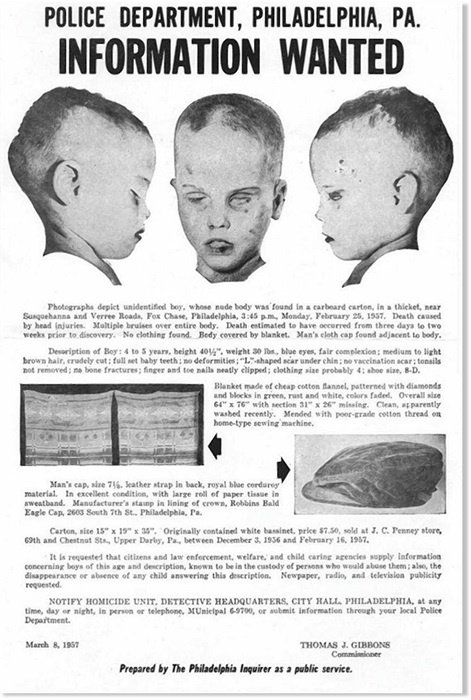 9. Gardner Museum Theft
In 1990, on St. Patrick’s Day, two men visited the Isabella Stewart Gardner Museum in Massachusetts, posing as cops who were there to investigate a case. These two men went on to steal 13 pieces of artwork, created by famous painters, valued at around 300 million dollars. What’s intriguing about the art heist is the fact that the paintings were never recovered and the thieves were never found, despite announcing a 5 million dollar reward. 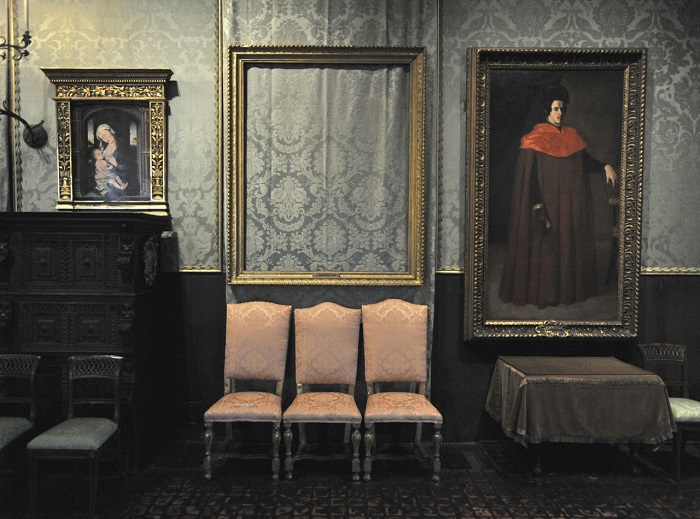 10. The Keddie Murders
On April 11, 1981, Glenna Sue Sharp was spending the night at home, along with her 12-year-old daughter Tina, teenaged son John, and his friend Dana. They were staying in hut 28, one of the houses in a Sierra Nevada cabin community, called Camp Eighteen. Sue’s oldest daughter was camping out with a neighbor, while two younger sons were inside the other bedroom. The following morning, Sue, John and Dana were found clobbered to death with a claw hammer. The sons in the next room had escaped unharmed, while Tina went missing. It was only after three years since the gruesome incident, that the girl’s body was found. Police investigations could prove nothing and no arrests were made, leaving the whole community harrowed by the brutal killings. Recently, all the cabins in Camp Eighteen were demolished. 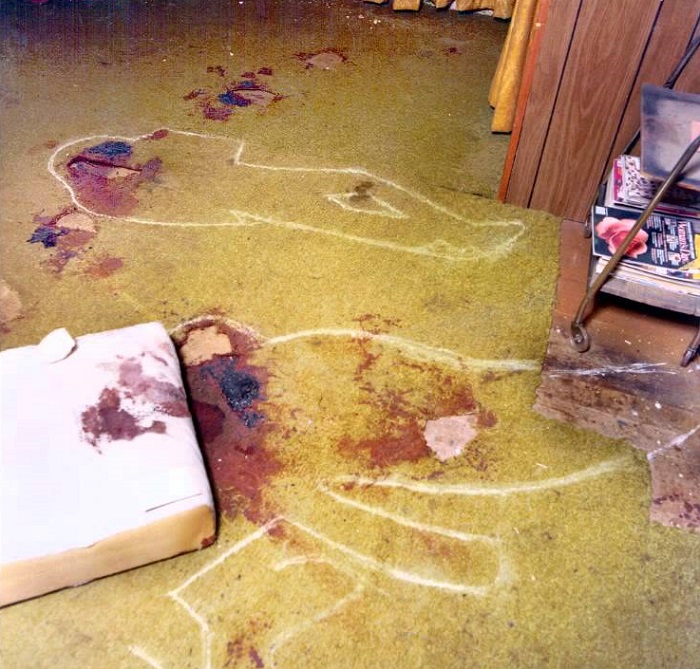 Stumble
Such crimes are unforgivable acts of lust, greed, anger, and insanity. What do you think about them?

Such crimes are unforgivable acts of lust, greed, anger, and insanity. What do you think about them?
Share On Facebook