15 Amazing National Parks In India You Must Visit

India, one of the biggest countries in the world, spread over thousands of kilometers, boasts of a thick vegetation cover. The green cover in this Asian sub-continental nation is home to diverse varieties of flora and fauna. The density of forests in the country is one of the prime reasons behind the sprawling rate of tourism. Many nature lovers from around the globe flock India to catch a glimpse of endangered species such as the royal Bengal tiger, the one-horned Rhino and Asian Elephants. The areas which are densely populated by such creatures are now being protected and being declared as national parks. Many such national parks are letting nature lovers explore the jungles through open jeep safari rides and treks. Apart from their wild creatures, the exotic flora in some of these forests, make them seem gorgeous to the eye. Here are 15 such amazing national parks in India you cannot afford to miss, while in India.

1. Hemis National Park, Jammu & Kashmir
Situated in the picturesque Ladakh region of Jammu & Kashmir, the northern most state of India, the Hemis National Park is a favorite amongst tourists who throng this Himalayan region every year. The Hemis National Park is the abode of the endangered Snow Leopard, a peculiar animal belonging to the cat family, which is seldom found elsewhere in the country. One can also spot exotic creatures like the Eurasian Brown Bear and the Tibetan Wolf. The ideal time to pay a visit to this tourist destination is during the months of May to September. 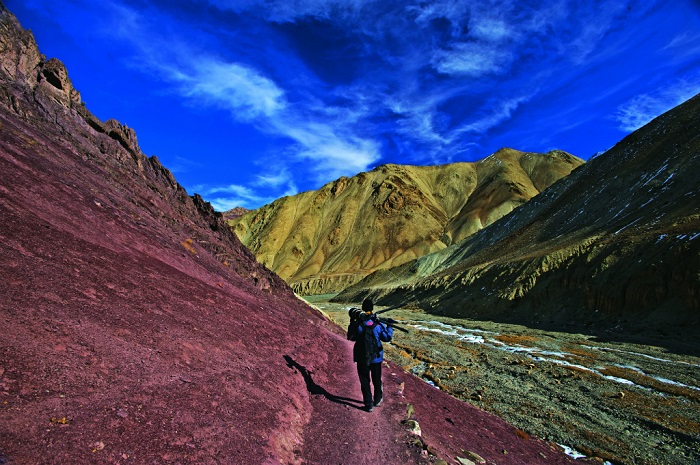 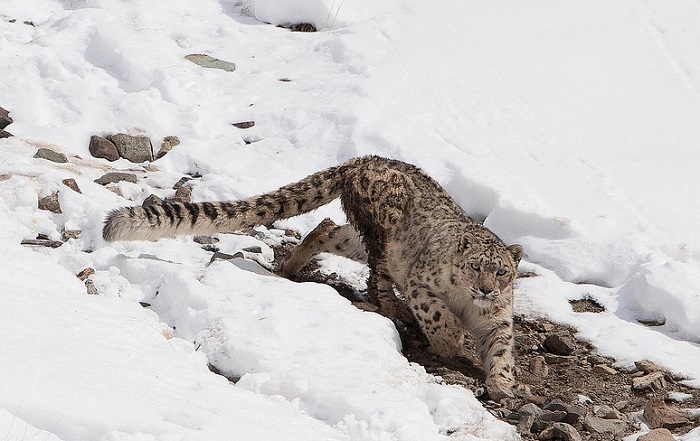 2. Tal Chapar, Rajasthan
Apart from the enchanting camel rides on the golden brown sands of the Thar desert, the palace state of Rajasthan has lot of other exotic wonders to offer to nature lovers. The Tal Chapar is home to the Blackbuck, a form of Deer with a black complexion and spiral shaped horns, which are abundantly found in the Tal Chapar region of Rajasthan. This dense jungle region, which is also inhabited by birds like Short-toed and Eastern Imperial Eagles, is situated around 200-kilometers away from the state’s Capital, Jaipur. 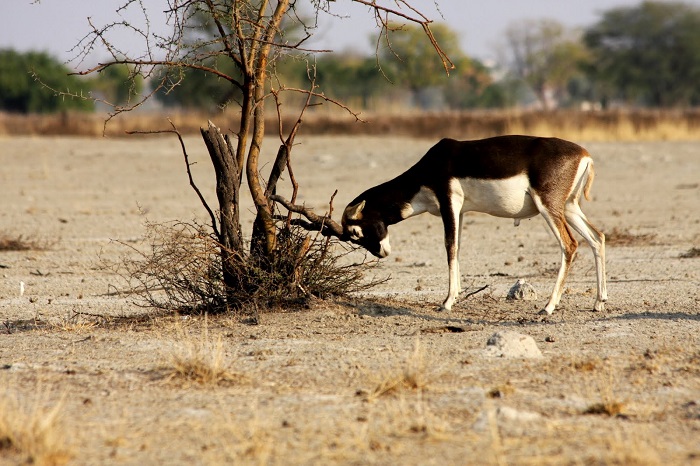 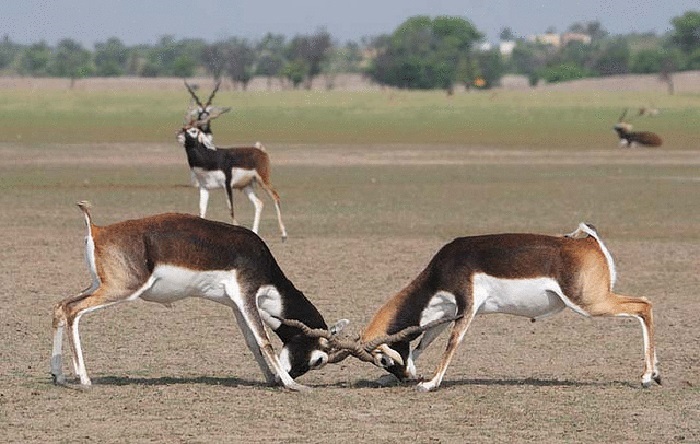 3. Mahatma Gandhi Marine National Park, Andaman & Nicobar Islands
The Andaman & Nicobar Islands has always been considered a delight by globe trotters and Indian residents, who are looking for reasons to unwind. The Mahatma Gandhi Marine National Park in Port Blair gives enthusiasts a surreal experience of the aquatic life in the Bay of Bengal. This Marine national park is spread over a little more than 280-kilometers. 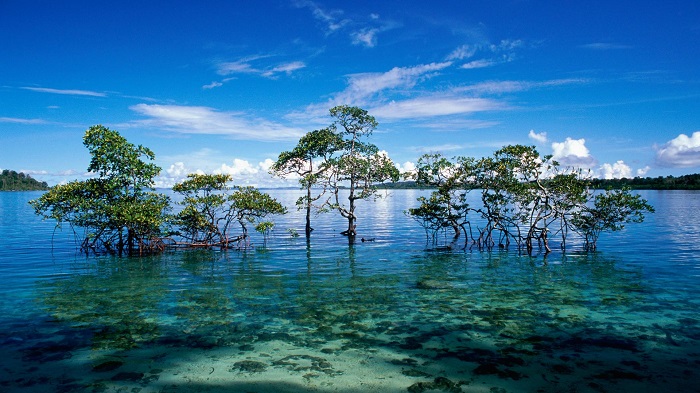 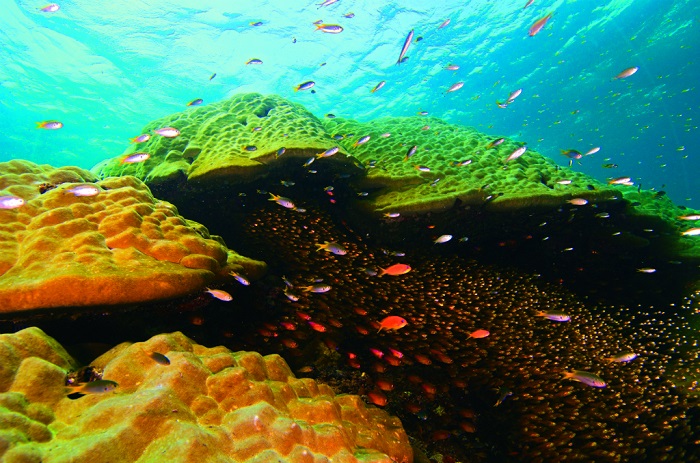 4. Sunderbans Tiger Reserve, West Bengal
The Sunderbans has officially been declared as a world heritage site, since it is the haven of the last few majestic Royal Bengal Tigers. Wild Boars, Rhesus Macaques and Water Monitor Lizards are other endangered species, which are found in these forests located in the Eastern Indian state of West Bengal. These marshy forests are also thickly populated with Mangrove trees, which are not usually spotted in other wildlife reserves of the countries. 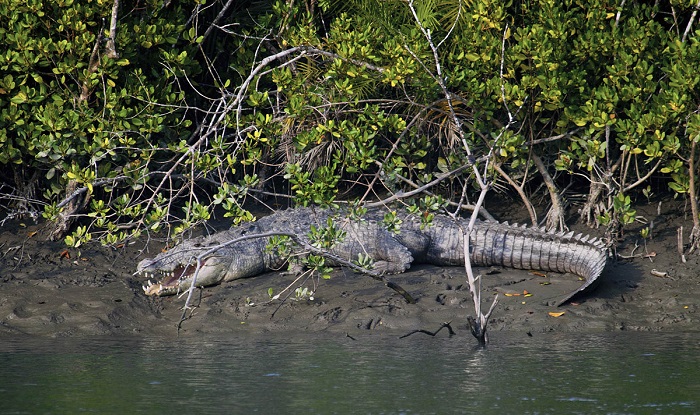 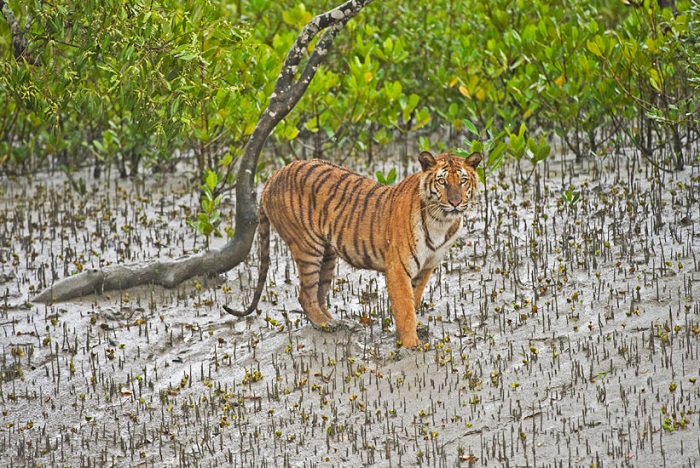 5. Gir National Park, Gujarat
Thousands flock the Gir national park, situated in Gujarat every year to catch a glimpse of the Asiatic lions, which are found in abundance in the thick forest cover of this national park. The Gir national park is also a paradise for bird watchers, since the 1400-kilometer jungle stretch houses more than 300 species of birds. 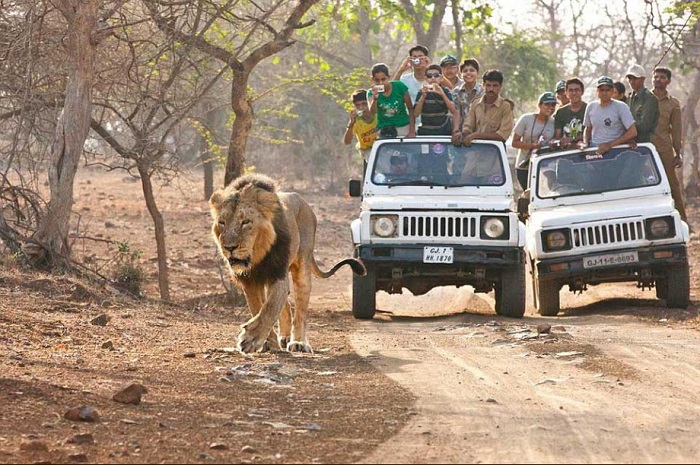 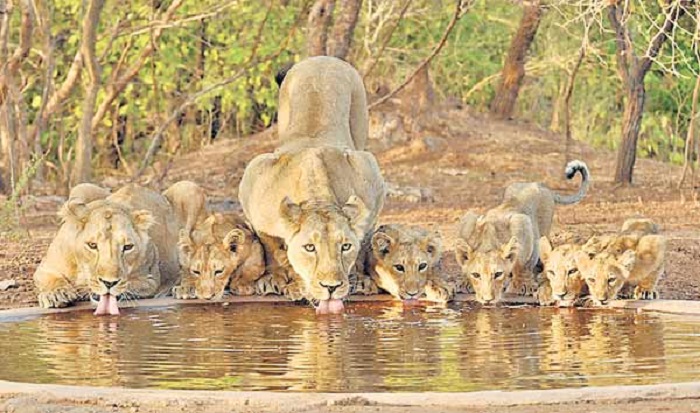 6. Kaziranga National Park, Assam
While Tigers and Deers are spotted at several places in India, Kaziranga is poles apart from the rest, for one big reason. This National park in Assam is home to the one-horned Rhino, which is not found in any other region of India. The national park also offers elephant safari rides for nature lovers, who intend to explore the jungles and spot the exotic one horned animal. 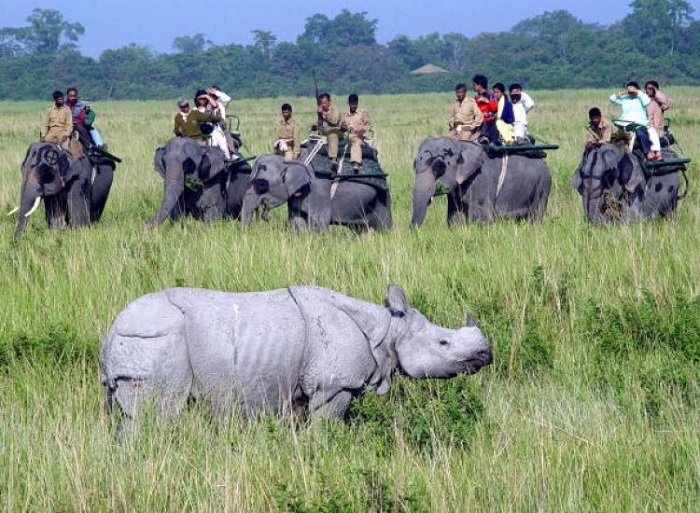 7. Khanghendzonga National Park, Sikkim
The Khangendzonga National park, which has now also been declared as a biosphere reserve, is situated on the lap of the Himalayan mountain ranges. The national park is around 220-kilometers from Darjeeling. This wildlife stretch boasts of a wide variety of fauna, which includes animals like the Snow Leopard, Sloth Bear, Red Panda and the Himalayan Black Bear.

8. Ranthambore National Park, Rajasthan
This stretch of jungle is touted as one of the biggest national parks in the whole of north India, since it is spread over a distance of approximately 400-kilometers. This jungle stretch is predominantly occupied by tigers, which is the sole reason that draws people from world over to Ranthambore. A safari ride within the jungles of the Ranthambore is approximately three hours long. The breathtaking Ranthambore fort, one of the best heritage buildings in the state is also located in the same vicinity. 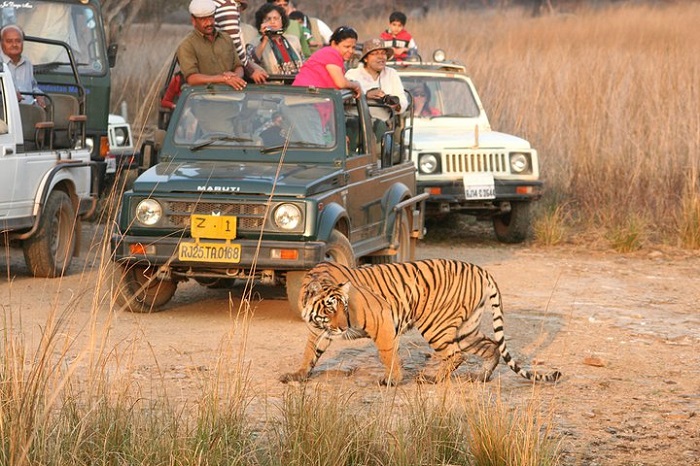 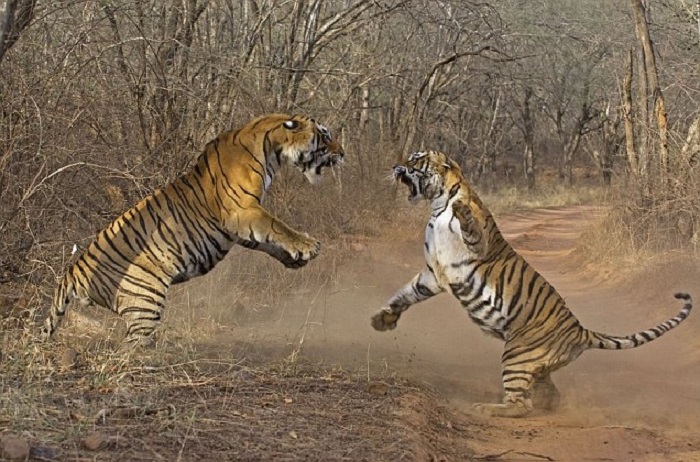 9. Dibru Saikhowa, Assam
The Dibru Saikhowa wildlife reserve in Assam is sandwiched between the Lohit and Brahmaputra rivers. This green space in Assam is spread over 390-kilometers and is home to 36 species of Mammals and 380 types of birds. If lucky, one can spot exotic species like the Gangetic Dolphins and Pied Hornbills. The national park can be visited any time of the year, unlike many others located in the rest of the nation. 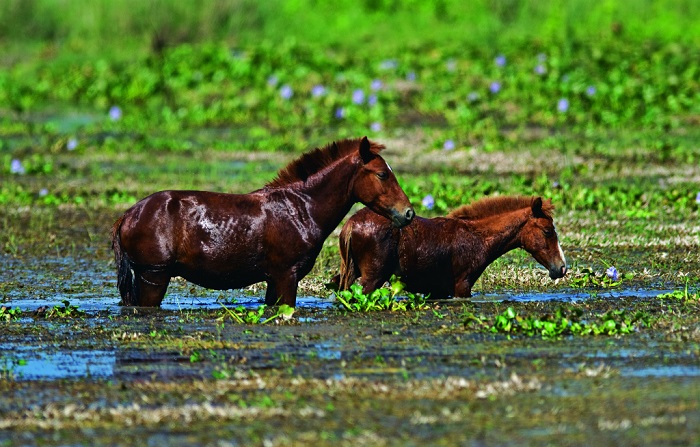 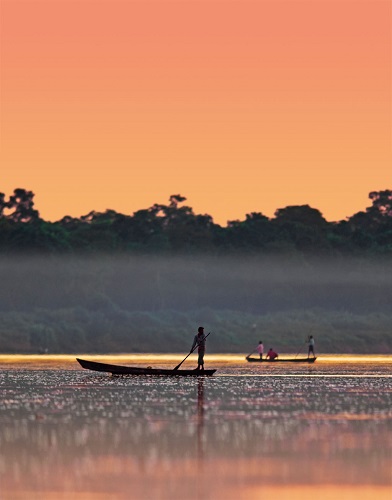 10. Periyar National Park, Kerala
Located in the picturesque western Ghat ranges of Kerala, Periyar national park is the most popular wildlife attraction in the South Indian state. Periyar, the longest river in Kerala, flows through the state. Asian Elephants are found in great abundance in the Periyar National park and can be often spotted taking a dip in the river. The park is also inhabited by Bengal tigers and quite a few White tigers, which are rarely spotted in other parts of the country. 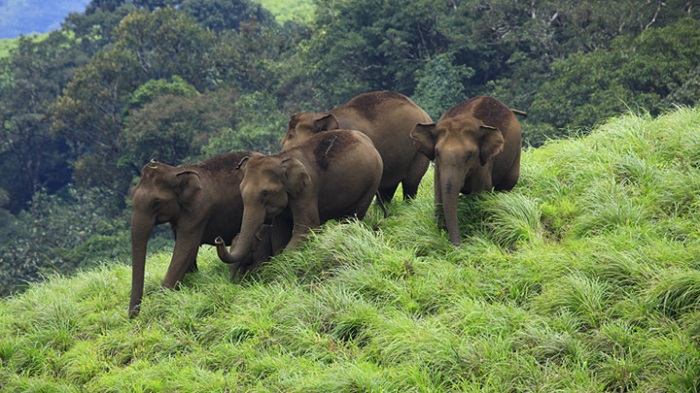 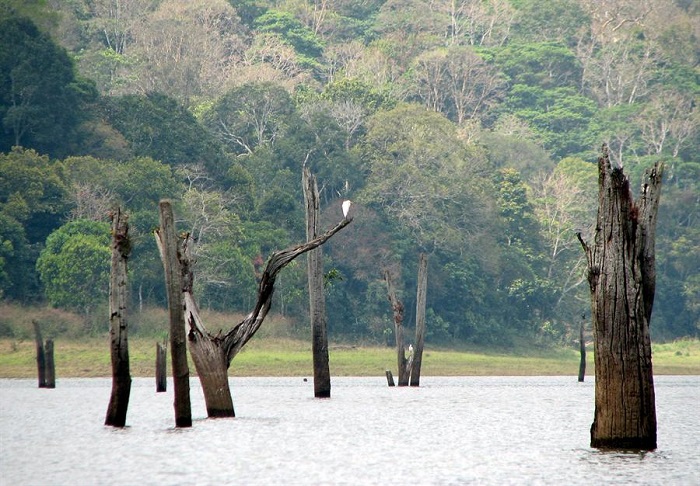 11. Dachigam National Park, Jammu
The Dachigam national park situated amidst the snow-capped valleys of Kashmir is seeing an increasing number of tourists each year. A visitor can get to see a wide variety of fauna at Dachigam, such as the Leopard cat, Musk Deer, Jackal and Himalayan Brown Bear as well as approximately 40 different species of birds. 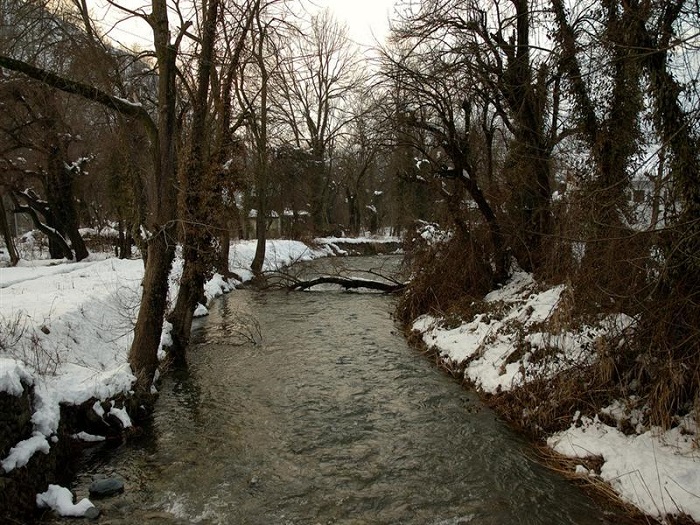 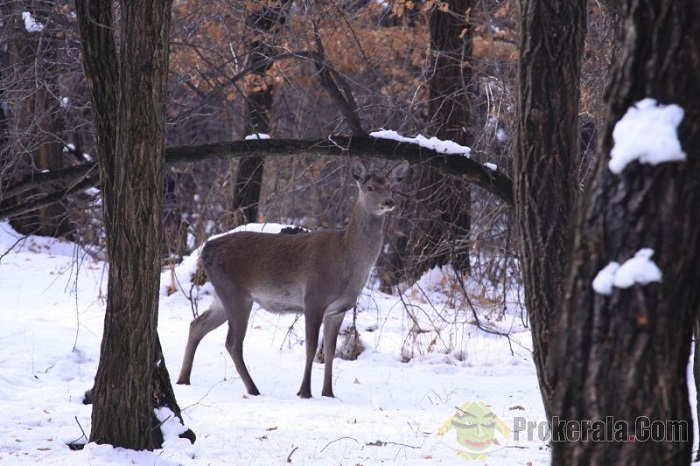 12. Keoladeo National Park, Rajasthan
The Keoladeo national park is a marshy forest region in Rajasthan, which is known for its diversity of bird population. Fowls of painted Storks, Indian Saras Cranes and Siberian Cranes are found at the Keoladeo range in Rajasthan. The international welfare organization, UNESCO, officially announced Keoladeo as a world heritage site recently. 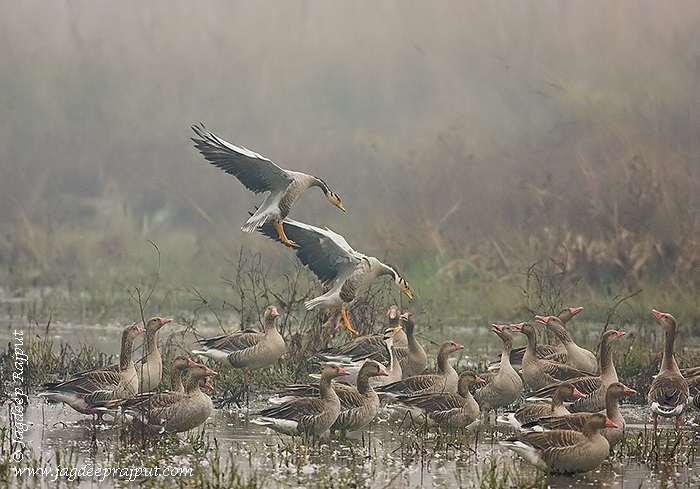 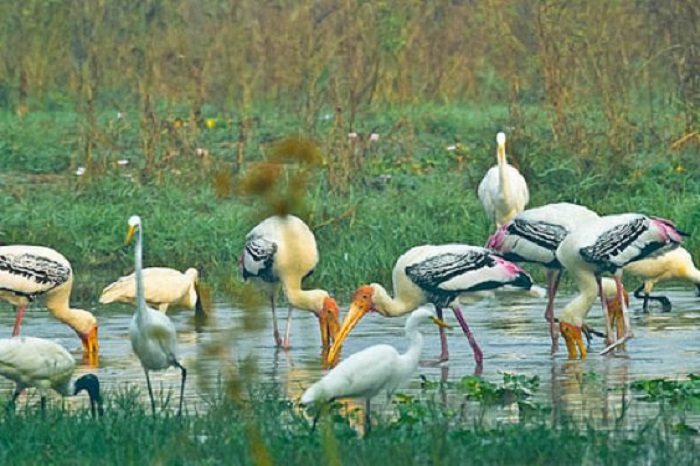 13. Valley of Flowers National Park, Uttarakhand
Merely viewing this valley, located in the northern Indian state of Uttarakhand, is a delight to the eye. The lush green national park is topped by thousands of flowers of different colors, shapes and sizes, resulting in a breathtaking view. The valley also boasts of a wide variety of fauna, which includes animals like the Snow Leopard, Musk Deer and others. This enchanting natural wonder can be visited between the months of September to October. During the winters, the valley is completely covered in snow. 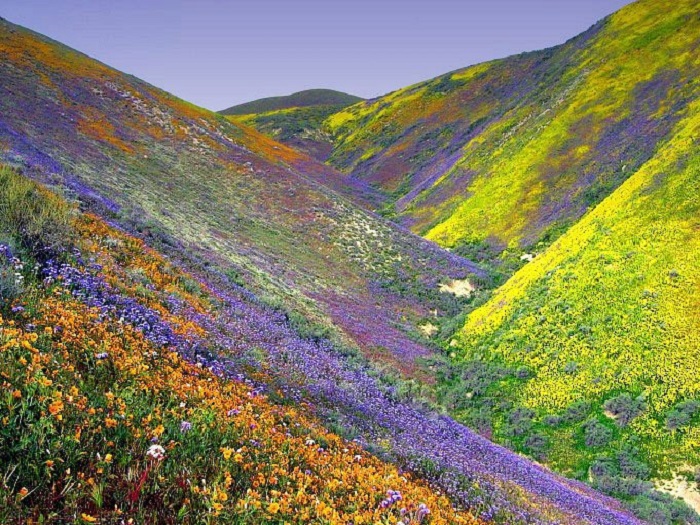 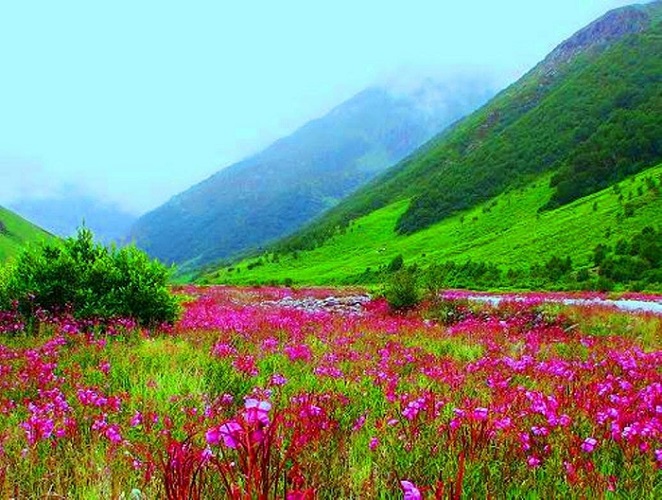 14. Pin Valley National Park, Himachal Pradesh
Yet another Himalayan wonder, the Pin valley is a true paradise for the globe trotter who wants to find solace on the lap of nature. Apart from its rich fauna and flora, the national park is also known for its abundance of medicinal herbs such as the Arnebia Euchroma and Hyoscymus Niger. The height of this Himalayan forest range is around 11,000 to 20,000 feet above sea level. 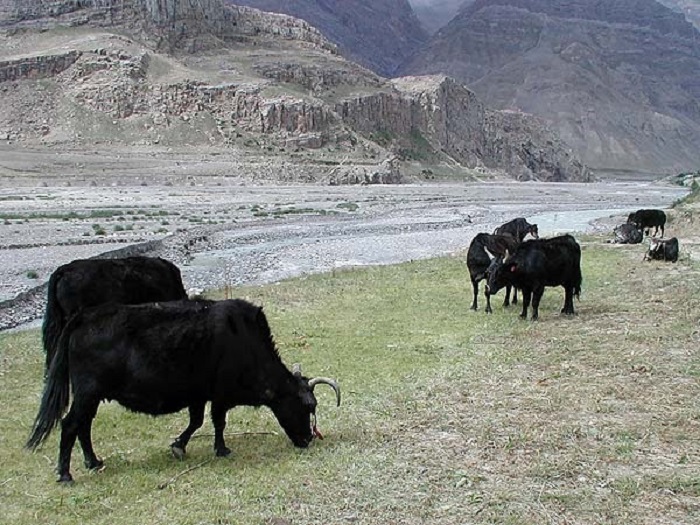 15. Bandipur National Park, Karnataka
Nestled between the once princely state of Mysore and the serenity of Ooty is the Bandipur national park, the wildlife hub of Karnataka. Once a favorite hunting spot of the Mysore Maharaja, the Bandipur National park is a part of the Nilgiri Biosphere reserve, which constitutes of approximately 2200-square-kilometers of forest space. The fauna in Bandipur national park consists of Leopards, Tigers, Elephants, Antelopes, Wild Boars and Langurs. Nature lovers also visit the Kabini wildlife sanctuary, which is situated near Bandipur. Elephants taking a dip and Tigers quenching their thirst by the riverside is a common sight at Kabini. 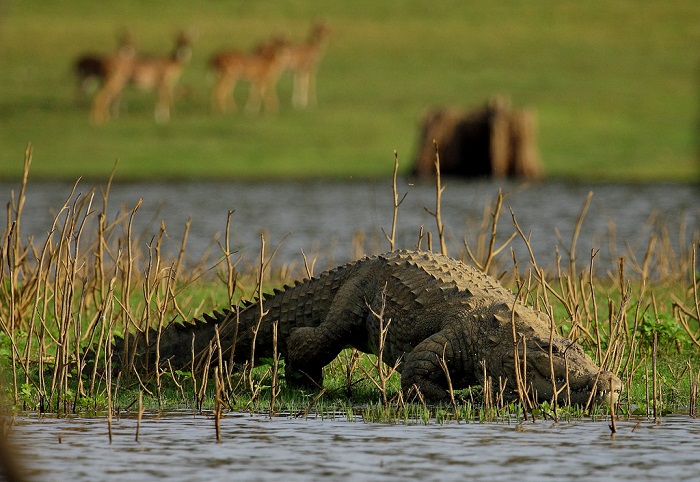