20 Indian Graphic Novels That Should Be On Your Reading List

Surely a rarity among kids today, but scrolling through comics in our childhood to while away our time was part and parcel of our growing up. We would imagine ourselves being the protagonist and possibly tie a bedsheet on our backs and jump from bed to bed to replicate the moves of our fantasy characters. The first names you probably think of when you hear of Graphic novels is René Goscinny and Albert Uderzo, the creators of Asterix and Obelix, or Herge, the creator of Tintin, or Vic Bloom the creator of Archie comics, or the ocean of Marvel comics, but how many of you have dived into the ocean of Indian graphic novels? Ranging from stories of ancient India to the contemporary scenario, these comics bring out the best of India in the most classical way. If you haven’t come across these Graphic novels, here is where you should start from. These works have become renowned worldwide because of the peculiar taste of the creators and it’s time you explored its beauty as well.

1. Ravanayan
Illustrated by Vivek Goel and written by Vijendra Mohanti, this 10-Chapter (7 issues) series depicts Ravana as not the villain as portrayed by Indian Mythology but as the chief protagonist. He is described as a “handsome, muscular man with flowing locks of white hair” and also questions the perspective of people by rationalizing with the evils the myths have told us about. Here, he is not depicted as a villain with ten heads but one in which each head has a specific quality. This story goes on to show how Ravana’s kingdom has flourished under his rule. 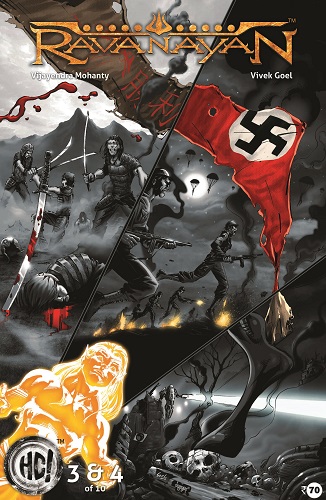 2. Corridor
This is the chronicles of tea vendor, Jehangir Rangoonwalla, who serves on the streets of Delhi. The comic portrays the alienation of society through the glass of modernization. The gist of the comic surrounds the people who come on a regular basis to have a cup of chai and their view to what life is in contemporary Delhi. It is written and illustrated by Sarnath Banerjee. 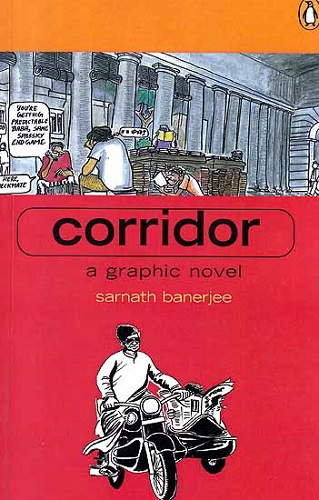 3. In Defence of the Realm
Prince Meluha, the ruler of Dholavira, is living a calm, tranquil life and is enjoying being the ruler of an ancient civilization of the Indus Valley is western India, but all changes when Mesopotamian ruler of the city of Akkad, Sargon, attacks his empire from the east. Sanjay Deshpande takes you through the toils of Prince Mehula who fights to protect what is his. The novel was illustrated by Lalit Kumar Sharma. 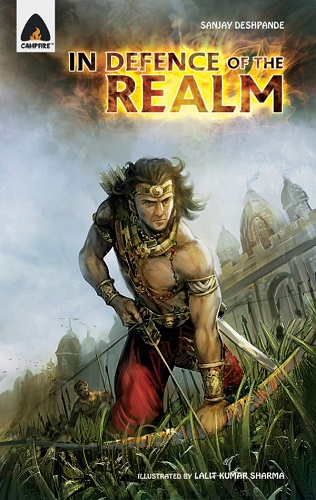 4. Delhi Calm
Written by Vishwajyoti Ghosh, this is a blast to the past of Delhi in the 70’s. Here, three men pursuing change democratically and socially somehow fuse paths. Their intertwined fate then casts a different picture, one which is unconventional to the regular city blokes. 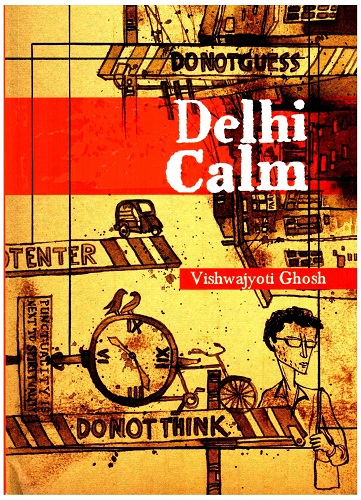 5. Odayan
Written by Suhas Sundra and published by Level 10 comics, Odayan is an underprivileged child who turns into a vigilante criminal who climbs his way up the ladder of wealth and power and fights against those already in power, one being the reign of Zamorin himself in primitive Kerala. 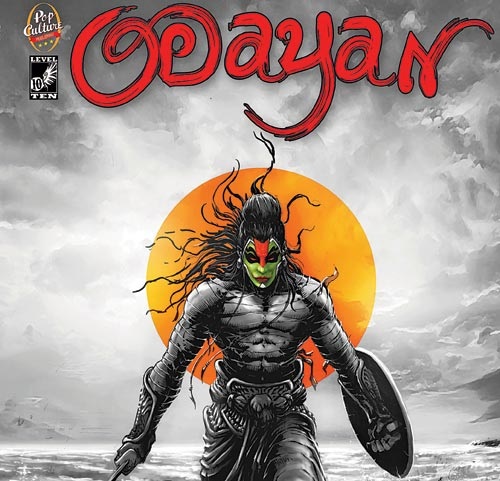 6. Ali Baba and the Forty Thieves: Reloaded
Ali Baba, a poor underprivileged auto driver leads a below par life. An honest man, all he does is earn a living for his family. His regular not so interesting life takes a swirl as he discovers some stash which was looted by the underworld criminals of Mumbai. From then on, Ali Baba is forced to protect his life and tries so with numerous twists and turns. The comic was penned by Poulomi Mukherjee and illustratively brought to life by Amit Tayal. 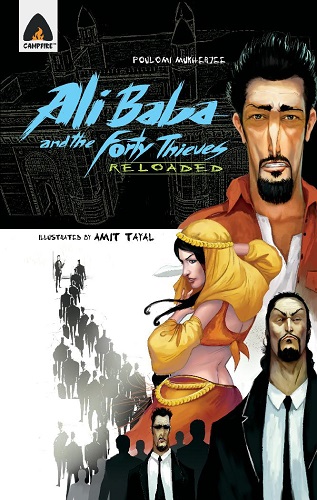 7. The Sadhu
Published by Virgin comics, this novel is based on the character of the same name, a British trooper, who discovers he is the rebirth of an ancient powerful Sadhu. He goes around helping the people in need and fights the supernatural that has plagued the land. This graphic novel was created by Gotham Chopra and Jeevan Kang. 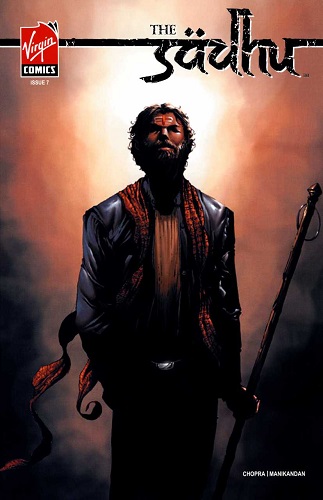 8. Kari
Written by Amruta Patil, this is the story of two lesbian lovers who took the leap of death but both survived and moved on in different directions. This dark tale describes to perfection the dread of people trying to move into something better. Here Kari, the protagonist slowly starts to mend her life from her broken background. The struggles and hardships she faces is something we can all relate to in our everyday life. 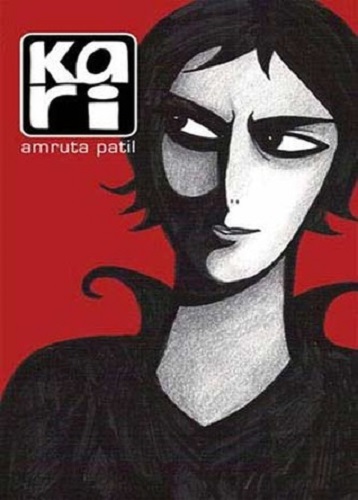 9. Ramayan 3392 A.D.
Rama the protagonist fights for the people of the future and resists the evil of Ravana to protect the last surviving humans from the demons. After eight series, the story tilts towards the struggles of Rama as he is suffering from fatal wounds. His rise to come out of this near death situation and fight the demon lord is captivating. The novel is penned by Shamik Dasgupta and drawn by Jeevan Kang. 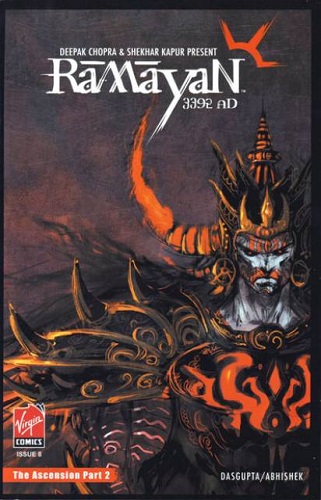 10. The Aghori
This series was written by Ram. V. and depicts the tale of a man who once led a life of a normal bloke until his family is torn away and then goes searching for answers on life. He spends a 12-year peregrination in solitude which ends up in him becoming an Aghori, a dark aesthetic from the Himalayas. The comic was illustrated by Vivek Goel. 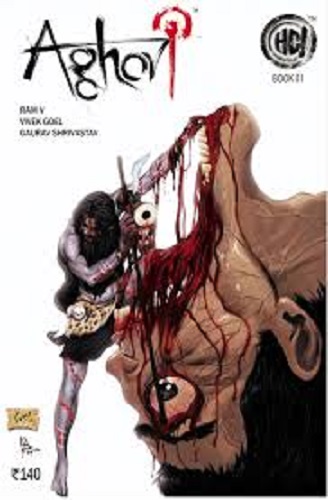 11. Devi
The novel focusses on Devi, a combatant fashioned by the Gods in the second century to fight the Dark Lord Bala. Presently, Bala has again rose to power after centuries and continues to torment the people while Devi is reborn as a young girl called Tara Mehta. The battle between them after centuries resumes and now Devi has the help of her friend Durga, who helps fights the Demon God. The series was initially created by Shekhar Kapur and Virgin Comics but now has multiple writers working on it. 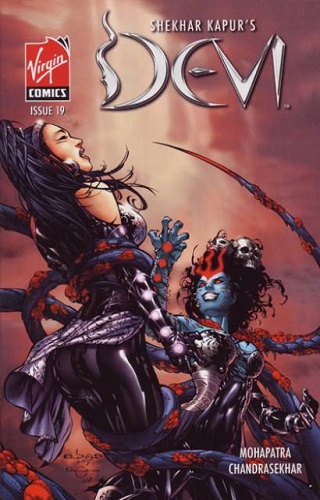 12. Mumbai Confidential
Arjun Kadam is an ex-cop, who has lost the will to fight for justice and is addicted to drugs. He has no will to work with the force and is burnt out, but an encounter of the killing of a street kid brings him back into the hunt. The investigation then leads him to face his corrupt past and allegiances with the underworld criminals. The novel is beautifully penned by Saurav Mohapatra and Vivek Shinde. 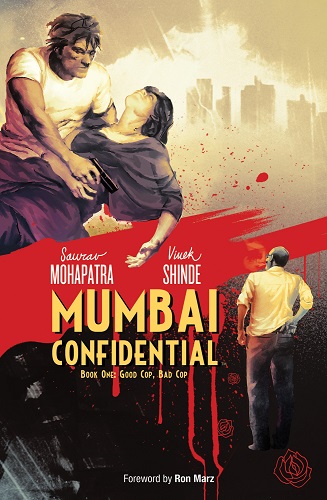 13. I Am Kalki- The Silver Book
This is the tale of a young boy named Kalki who is the 10th reincarnation of Lord Vishnu. The balance of being a normal kid yet the the incarnation of a God to protect humanity from the demons is fascinating. It was written by Deepak Chatterjee. 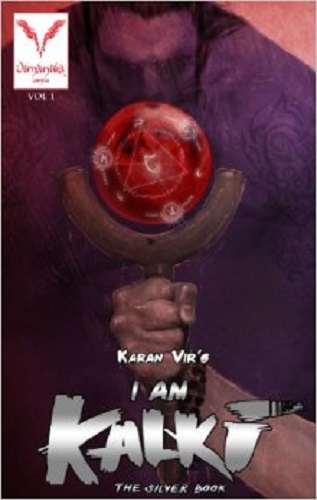 14. The Barn Owl’s Wondrous Capers
Abravanel Ben Obadiah Ben Aharon Kabariti is a Jewish merchant living in 18th century Kolkata who is pursuing the book ‘The Barn Owl’s Wondrous Capers,’ a record of the misdeeds of the British, which has been stolen. The novel depicts the character of the wandering Jew in the Bible, as similar characteristics can be seen in his character. Though there are several other sub-plots in the novel, the gist of it is him trying to locate this book which he once possessed. It is written by Sarnath Banerjee. 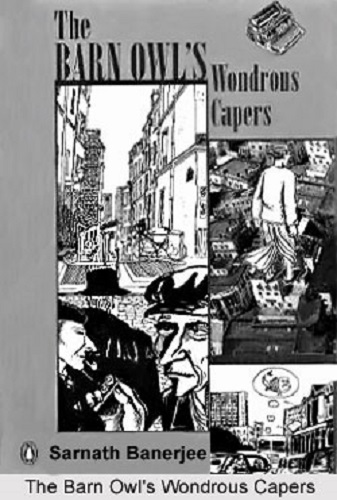 15. The Believers
The theme of this novel surrounds religious tolerance and tells the tale of two brothers who stay far from each other in Kerala. On them visiting after years, one figures that the other is involved in terrorist activities and does his best to mend the ways of his straying brother by instilling the faith which they were once taught. The story was penned by Abdul Sultan P.P and illustrated by Partha Sengupta. 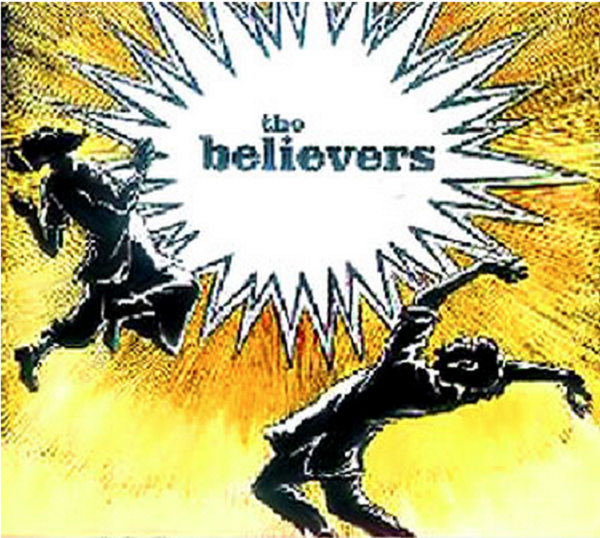 16. River of Stories
One of the first Graphic novels ever written, this comic portrays the life of the villagers impacted by the construction of the Narmada Dam. The social and political reasons behind the construction are seen through the glass of simple villagers who fight for the land they grew on. The story was written by Orijit Sen.

17. Sita: Daughter of the Earth
Following the same lines of Ramayana, the story depicts the struggles faced by Sita, the wife of Rama, after she gets tangled in the midst of trickery by the Demon Lord Ravana, who then kidnaps her. Her husband, Rama then comes to her aid. The novel was illustrated by Manikandan and penned by Saraswati Nagpal. 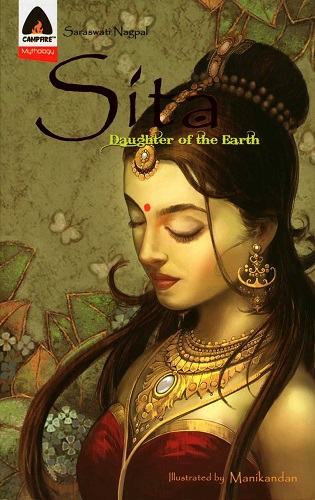 18. Bonus: 18 Days
Created by one of the initiators of Graphic novels Grant Morrison, he teamed up with Mukesh Singh, a Mumbai based illustrator to bring out the fascinating tale of the Mahabharata which goes through three hundred years of powerful warriors and ends in an epic war fought by the gods and man. 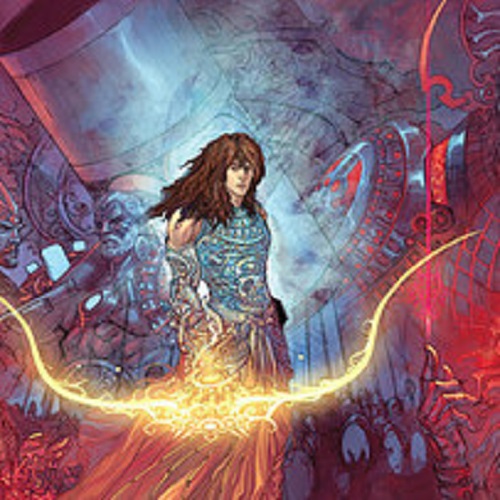 19. Moon Mountain
Written by Saurav Mohapatra, this is a story of Alvarez, who, with the help of his friend traverses through treacherous paths and unseen tribes in search of the Diamond mines of Richtersveld, the mountain of the moon. The action is in the pre- First World War Africa. His adventures will keep you in the loop day in and day out. 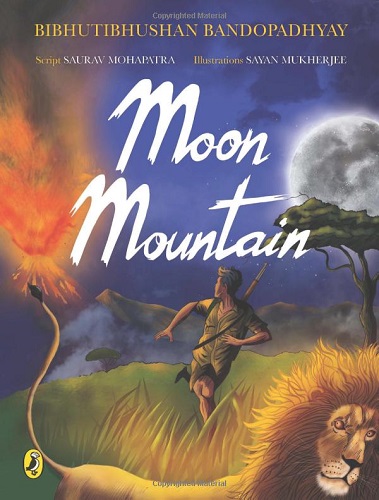 20. Antardwand – The Inner Struggle
Written completely in Hindi, this is the sequel to the volume Dhikkar. Here, the main character Bhokal is the protector of the fairy folk and the tales of his battles with the Demi-gods and his fight for redemption and the balance of power. It was published by Raj Comics. 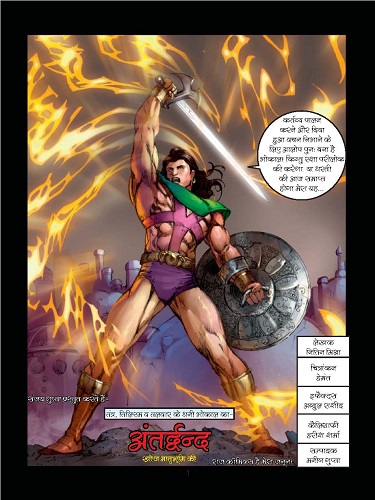