20 of The Most Haunted Places In India

The words ‘supernatural’ and ‘paranormal’ has been leaving people intrigued for a really long time. Just like other parts of the world, India has its fair share of haunted places and legends surrounding supernatural entities. The existence of ghosts, spirits, demons and other supernatural entities in the country have been backed by several evidences. While some Indians dismiss the existence of the supernatural and term it ‘superstition,’ others shiver while describing the scary tales of unseen forces. Several places in India which have been considered to be haunted for many years now are being flocked by tourists and spirit seekers. Many claim to have been victims of horrifying experiences during their visits here. Some of these places also prove that the paranormal is not just confined to spooky looking graveyards or abandoned mansions with rusted gates. Here are 20 such haunted places from India, check them out.

1. Bhangarh Fort, Rajasthan
The state of Rajasthan is home to a dozen forts and palaces, but Bhangarh is the creepiest of the lot. It is believed among locals that people who enter the fort after sunset or during wee hours of the morning certainly face death. Government authorities have banned entry into this fort after dusk, fearing the occurrence of any kind of untoward incidents. 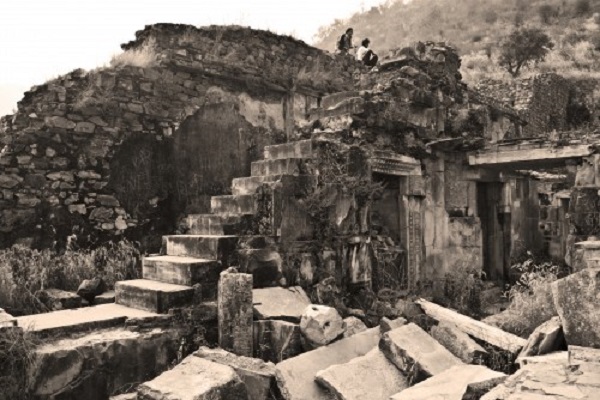 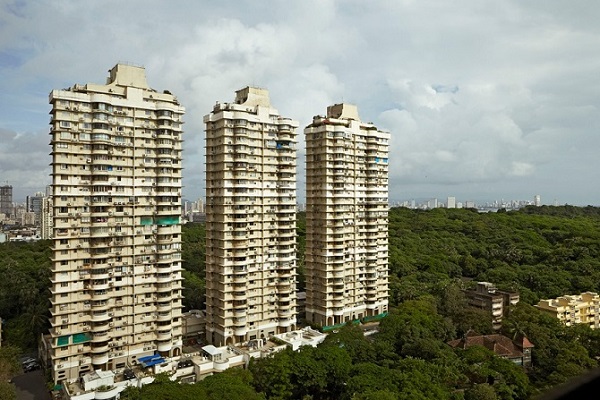 3. Lambi Dehar Mines, Uttarakhand
The Lambi Dehar mines, located in the outskirts of the hilly region of Musoorie, is one of the spookiest places in the country. A freak incident during the 1900’s killed around 50,000 people and since then the place has been abandoned. It is believed that the cries of the dead workers can be heard even now and apparently the place is also haunted by a witch. Numerous cases of road accidents and even a plane crash have been reported near this site. 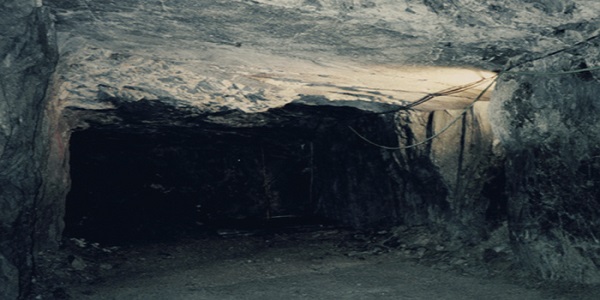 4. Terra Vera, Bangalore
Considered to be the scariest place in South India, this creepy looking house in the heart of Bangalore city is a hotspot for ghost hunters. One of the owners of the home, Dolce Vaz, was brutally killed in 2002, after which the home was abandoned. A piano, a vintage car and few other belongings were left behind at the spot. However, soon numerous instances of paranormal activity were reported from the Vaz residence. Apparitions were spotted and sounds of the piano were heard at the abandoned home. It was even believed that the home became a hotspot for witchcraft practice and an inverted cross was also spotted by one of the locals. However, the house has now been demolished. 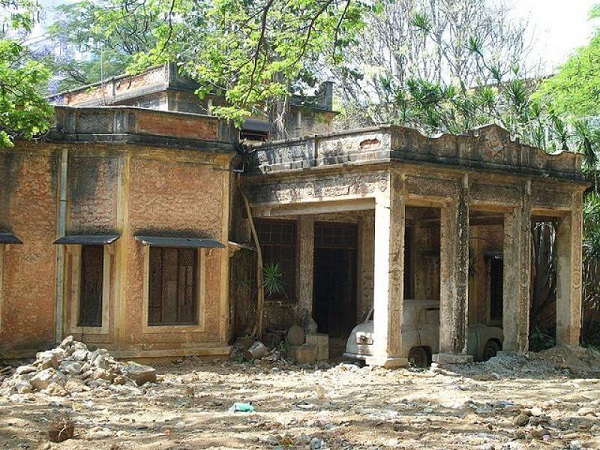 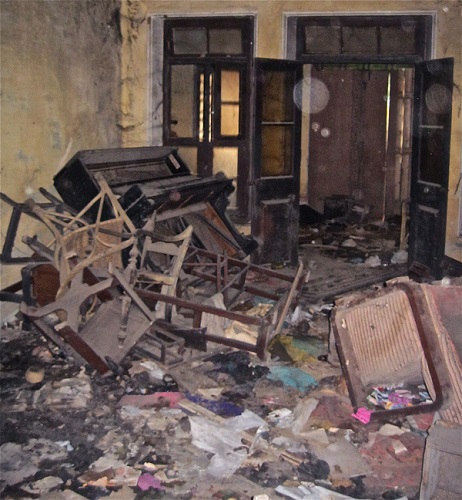 5. GP Block, Meerut
GP Block is a residential building located in the town of Meerut, in Uttar Pradesh, which has remained deserted for a really long time. The faded walls of the building, which is also surrounded by thick bushes, would creep out any onlooker. It is said that the place is haunted by the ghosts of four men, who are seen seated at a table in this house and enjoying a good conversation over alcohol. The table is also illuminated by candle light. Women dressed in red have also been frequently spotted entering and leaving the property. 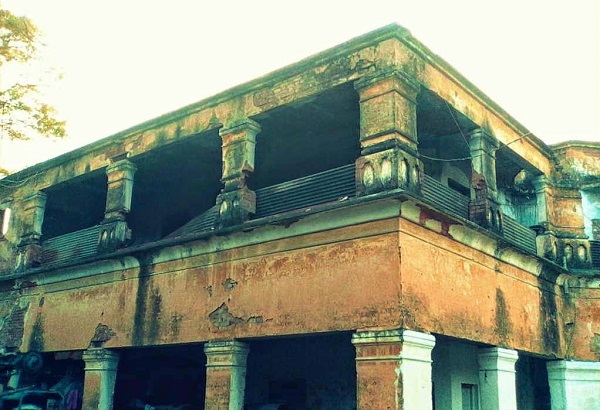 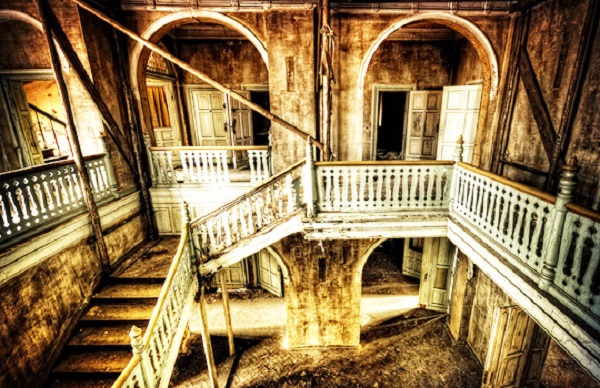 6. Sanjay Gandhi National Park
One of the famous getaways located near Mumbai, Sanjay Gandhi national park is also in news for an unusual reason. Many people have spotted a hitchhiker asking for a lift from vehicles passing through the forests after dusk. Even forest officials guarding the jungle admit the presence of such a man and believe he is a Phantom.

7. Delhi Cantonment , Delhi
A motorbike ride through this area during the nights may even cost you your life. A lady dressed in white apparently appears in front of motorists, who pass through this creepy looking stretch and asks them for a drop. Around a dozen people have lost their lives after encountering this ghost lady and has left a thousand others panic stricken. Delhi residents have been advised not to stop their vehicle on spotting this woman. 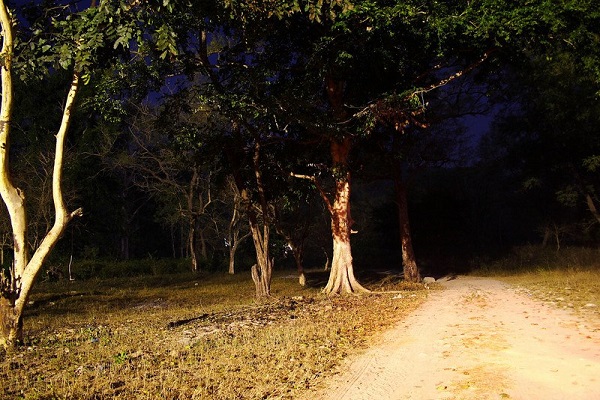 8. Three Kings church, Goa
Apart from its beautiful beaches, Goa is also known for its few haunted places. One among these is the Three Kings Church, located in the village of Cansaulim, in South Goa. It is believed that this sleepy village was a subject of dispute among three Portuguese kings, who wanted to conquer the village. One of these three individuals invited the other two men for a ceremony at this church. The food served to these two guests, during the ceremony was poisoned, which led to their death. This news of conspiracy invited the wrath of the locals, who revolted against the Portuguese man, who committed suicide. The corpses of the three Portuguese kings were then buried at the church and it’s believed that their spirits haunt this place till date. 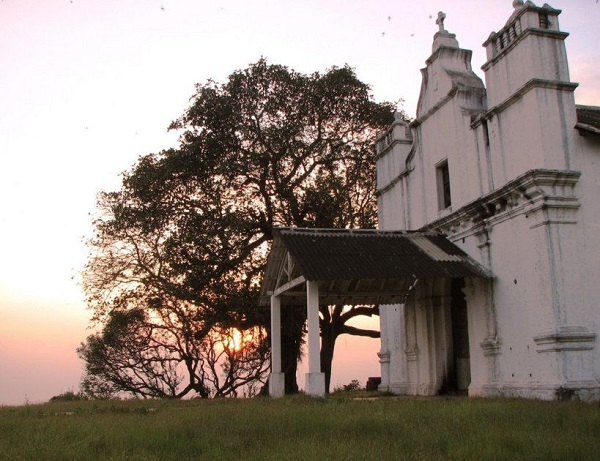 9. Lansdowne, Uttaranchal
Lansdowne is one of the most beautiful hill stations in India, but is equally known for its ghost tales. One of the most famous legends of this region is that of a headless man who gallops the streets of the hill station on his horse. It is believed that he is a British officer who lost his life a decade back while patrolling the streets and continues to guard the streets. Many locals have even spotted a lady with ‘long arms’ that stretch about 20 feet. 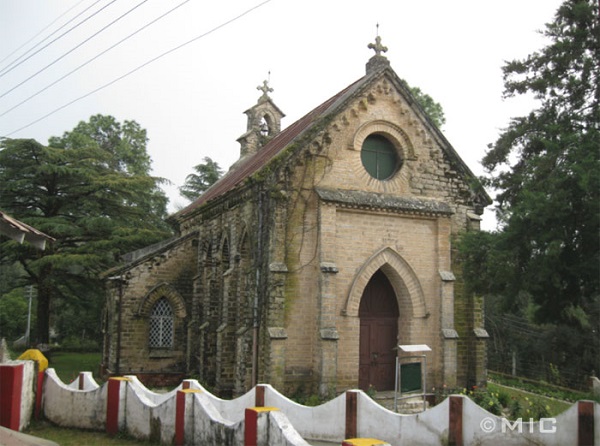 10. Shaniwarwada, Pune
This beautiful fort in the state of Maharashtra is flocked by tourists to experience the horror. It is said that decades ago a young prince was slaughtered within its walls and his loud shrieks are heard even today. Many paranormal activity enthusiasts camp at this place, especially during the nights, just to hear the screams of the Prince. 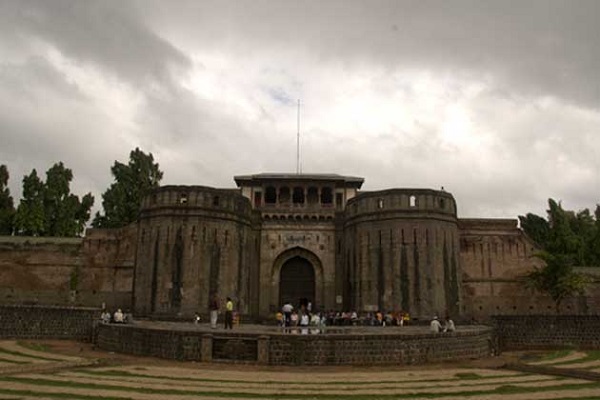 11. Dumas Beach, Gujarat
A popular tourist spot by the day and a dreaded, haunted place by night, that’s probably the best way to describe Dumas beach located in Gujarat. Many people from Gujarat have buried their loved ones in this place and that’s the sole reason behind the creepiness of this place. Tourists who take a stroll at this place at night have reported hearing murmurs and seen strange apparitions. 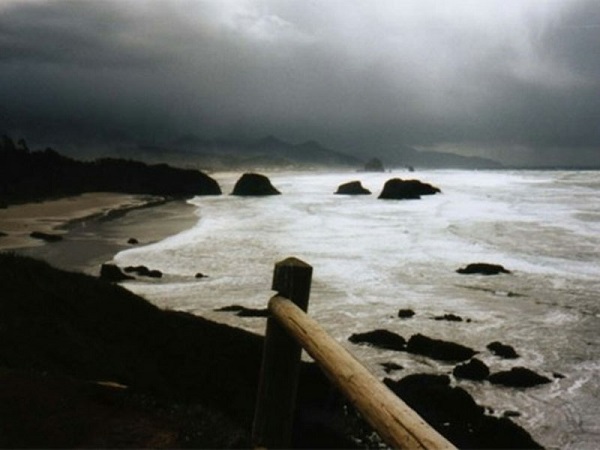 12. Ramoji Film City, Hyderabad
Known as one of the best film studios in India, the Ramoji Film City, located in Hyderabad has been scarred by stories of supernatural activities. Two hotels, located at the entrance of the film city are the spots where paranormal activities are at their peak. Many filmmakers, who have shot their flicks within the premises of Ramoji have reportedly seen apparitions and doors of their rooms being knocked. The film city was built on a land, which was once a battlefield where hundreds of soldiers lost their lives. 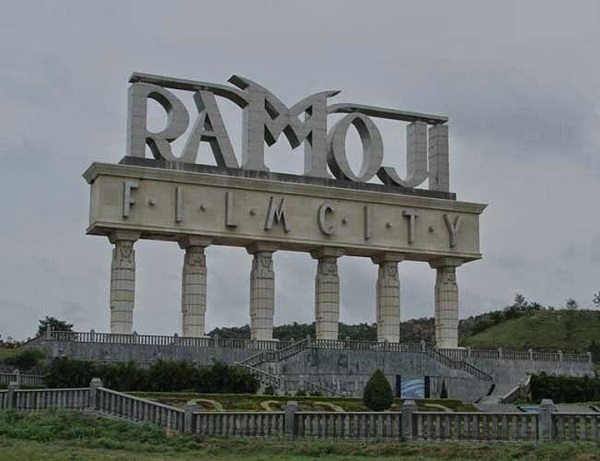 13. Valmiki Nagar, Chennai
A house located in Valmiki Nagar in Chennai, is said to be one of the most haunted place in this South Indian city. Neighbors have seen the metallic gates of the house being opened and closed frequently by an invisible someone and have even heard the cries of a girl. The house has been abandoned for more than 10 years, after the owner’s daughter passed away. 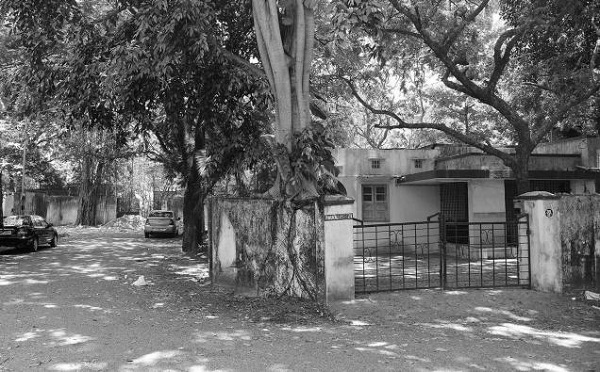 14. Vrindavan Society, Thane
This housing society in the coastal city of Mumbai is known for sending shivers down the spines of people with the paranormal activities occurring at the place. Not so long ago, a man who lived in the 66B building of this apartment complex had committed suicide by jumping off the balcony of his flat. It is believed that the spirit of the man haunts people who loiter around the basement and parking areas even today. One terrifying instance was that of a security guard being slapped really hard by an unseen force. 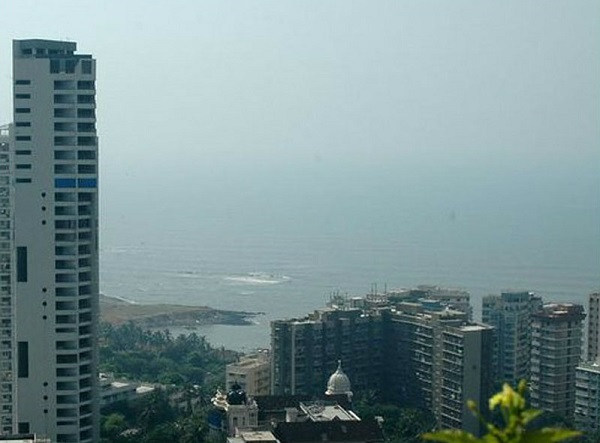 15. Dow Hill, West Bengal
Dow Hill, a picturesque region situated close to Darjeeling in West Bengal is a subject of great curiosity among ghost hunters. It is said that dozens of people have been killed at this forest region, which is the prime reason behind creepy supernatural occurrences here. Many people have also spotted a headless boy in these woods. 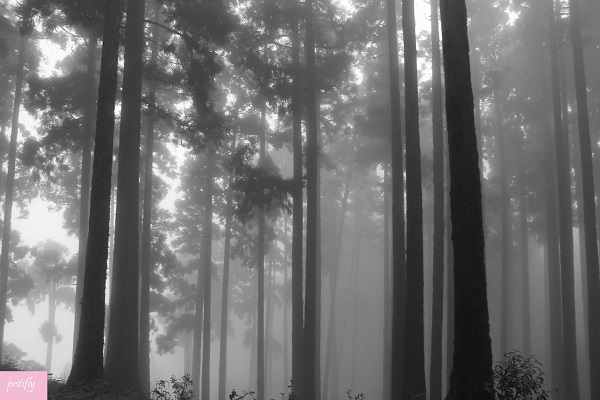 16. KempeGowda International Airport Limited , Bangalore
The relatively new International airport in Bangalore was in the news recently for paranormal activity. Apparently, while landing, a pilot of one of the aircrafts observed a lady clad in white walking on the runway. However, the other airport staff failed to nab her. The lady has since been spotted several times at the airport. 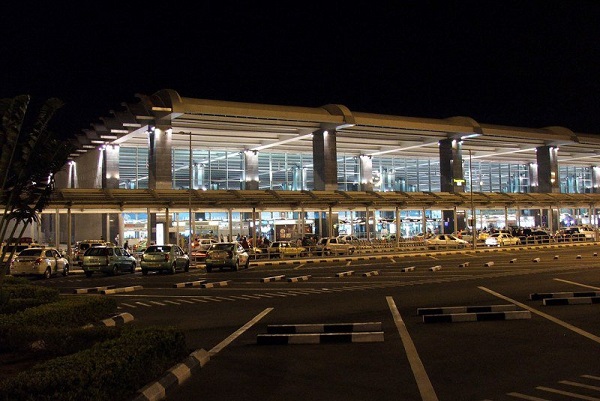 17. Agrasen Ki Baoli, Delhi
This heritage site in India, which is protected by the Archaeological Survey of India, has many legends surrounding it. The place is famous for a well, which was once filled with black water and provoked visitors to jump into it and commit suicide. Although the well has dried up now, tourists have complained of disconcert at this place and the feeling of being followed by an unseen force while walking on the flight of stairs at this monument. 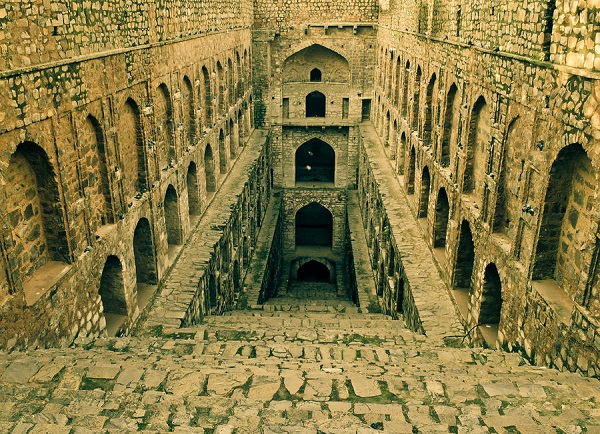 18. Brij Bhavan Palace, Rajasthan
This 178-year-old palace, situated in Kota, Rajasthan, is famous for its paranormal activity, which reaches its peak at night. It is said that if the guards at this palace happen to fall asleep during the nights, they are woken up by an alarming, tight slap by an unseen force. Sources claim that this Palace has been haunted by an officer named Major Burto, who once lived here and was a stickler for vigilance among his troops. 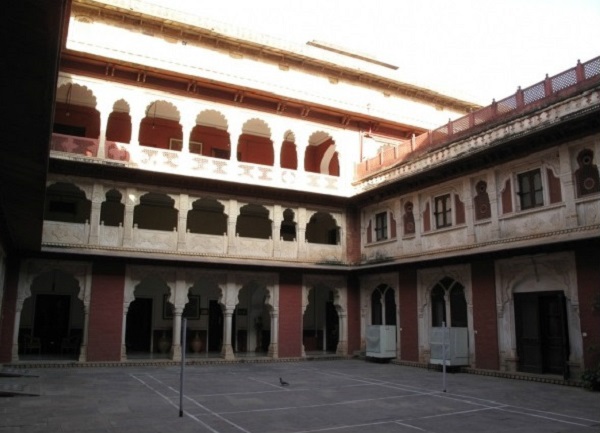 19. Savoy Hotel, Musoorie
This hotel was inaugurated in 1902 after being in the making for five years. The Savoy is apparently haunted by a lady named Frances Garmett Orme, wife of a British officer, who passed away in the hotel mysteriously. Since her death many people, mostly the staff of the hotel, have committed suicides here and the causes behind their deaths have found no explanation. For instance, a man hung himself in one of the hotel rooms during 1951, followed by his colleague, a woman, who also killed herself a few years later. Apparently, both these individuals seemed to be very happy about their lives and never complained of any worries. The legends surrounding the hotel even inspired famous English writers Ruskin Bond and Agatha Christie to weave stories around them. 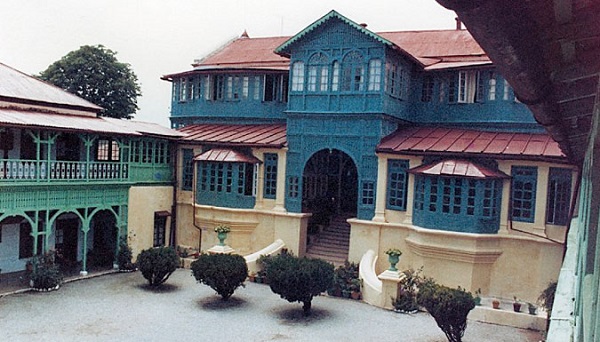 20. Karikattu Kuppam, Chennai
Karikattu Kuppam, a place sandwiched between Chennai and the beach town of Mahabalipuram, was one of the worst-affected places of the Tsunami disaster which stuck in 2004. Once a busy fishing hub, Karikattu Kuppam is now abandoned and looks more like a graveyard, filled with debris. Motorists driving through the stretch have apparently been spooked by mysterious shadows during the nights. It is said that the two children and a 70-year-old man who got killed at this place, are the reasons behind the paranormal behavior at this fishing hamlet. The two souls are also believed to be blood thirsty. 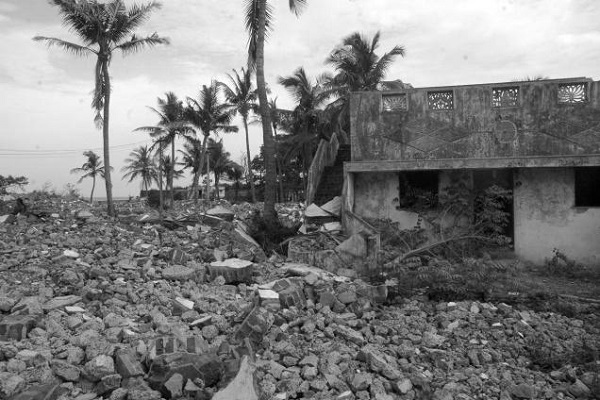