American actor Steve Martin says, “You know what your problem is, it’s that you haven’t seen enough movies – all of life’s riddles are answered in the movies.” The year 2015 has seen some extremely awe-inspiring films like Piku, Badlapur, as well as the most recent Bajrangi Bhaijaan and Drishyam. Myriad plots, casting of strong actors, these movies have achieved fame and success with the layman as well as cinema critics. However, it’s just half the year gone, and the list of good movies for 2015 seems endless. We all love movies and Bollywood crowd pullers have always been a favorite not just in the country, but across the globe. There are a plethora of several excellent productions, yet to be released, which look well-made and have generated a lot of hype. Read on and find out more about twenty upcoming Bollywood movies that will leave you undecided about which one to catch up on.

Expected to release early December this year, Wazir is touted to be Amitabh Bachchan’s next big release after the successful Piku. With a strong storyline, and power-packed performances by Bachchan, Farhan Akhtar and Neil Nitin Mukesh, this Vidhu Vinod Chopra production is one of the most awaited movies of 2015. 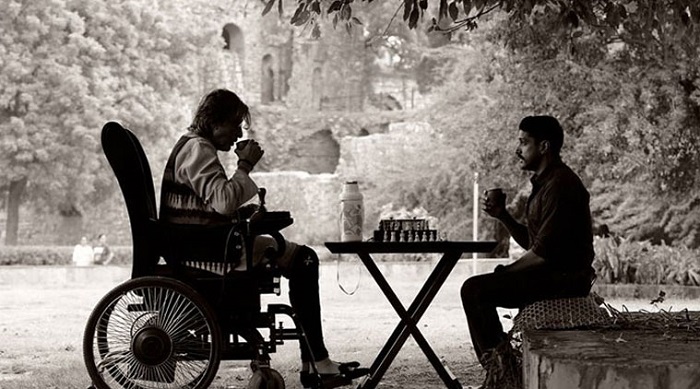 Sanjay Leela Bhansali is back, and how! The director’s historical film is typical of him, elaborate sets and costumes, accompanied by melodious music that you would remember for many days. Ranveer Singh plays the Maratha Peshwa Bajirao I, while leading ladies, Priyanka Chopra and Deepika Padukone essay the roles of the ruler’s first and second wife, respectively. The teaser looks brilliant and there are many who are waiting for December to arrive. 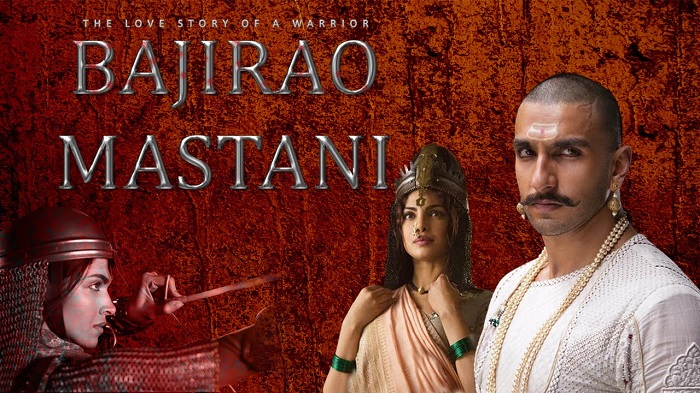 This is one of the most hyped Bollywood films of this year, since it is Aishwarya Rai Bachchan’s comeback vehicle. This crime thriller based on South Korean movie, ‘Seven Days’, also stars the brilliant Irrfan Khan and yesteryear star, Shabana Azmi. 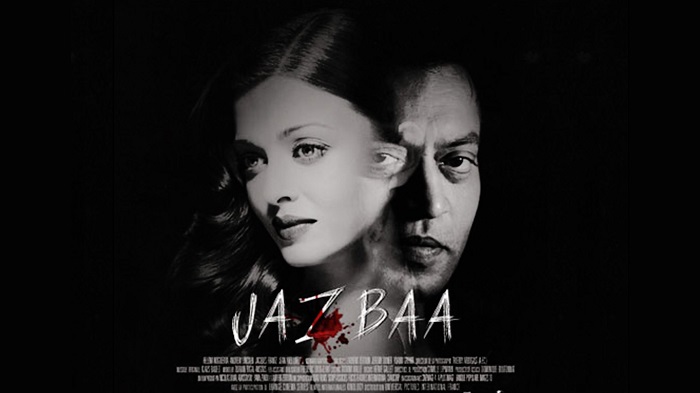 Kyaa Kool Hai Hum 3 is an adult comedy that stars Aftab Shivdasani and Tusshar Kapoor in the lead. While the first instalment, Kyaa Kool Hai Hum struck the right chord with its witty as well as raunchy one-liners, the sequel Kyaa Super Kool Hain Hum failed to impress. Let’s hope the third film does better, since many movie-goers are waiting for the film with their fingers crossed. 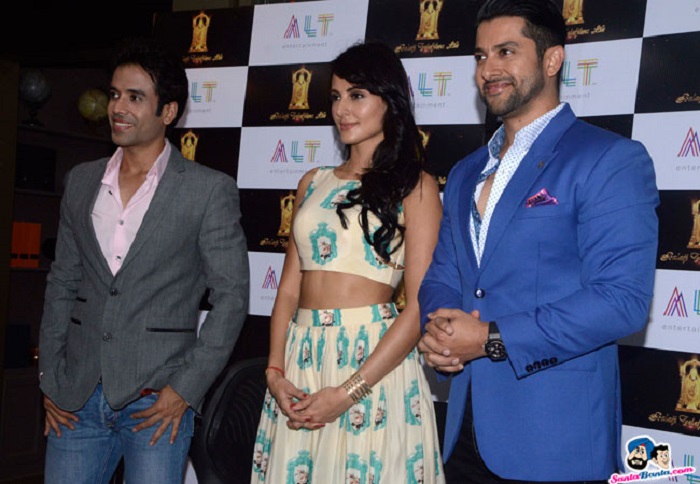 After the success of Chennai Express, filmmaker Rohit Shetty and superstar Shahrukh Khan have teamed up once again for Dilwale, which is supposed to release in December. What makes this an awaited film is not just the director-lead actor pair, but also the evergreen on-screen chemistry shared by Shahrukh and Kajol. Varun Dhawan and Kriti Sanon play supporting roles. 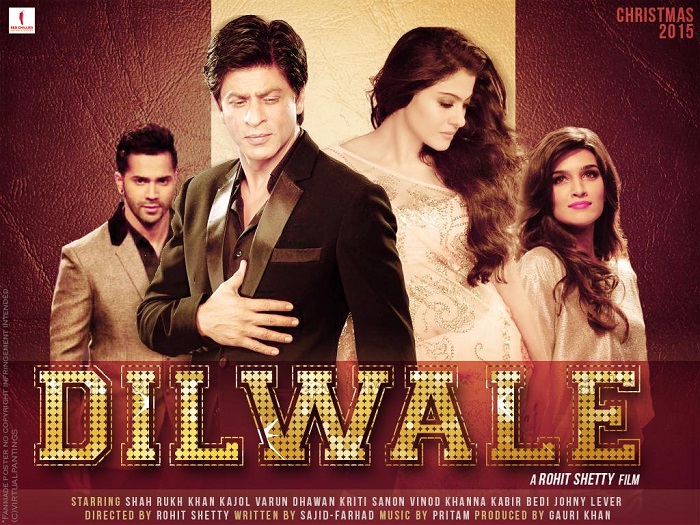 Now, who doesn’t love rom-coms? Shandaar, releasing in October, stars Shahid Kapoor with the talented Alia Bhatt as his leading lady, and has been directed by Vikas Bahl. Having been hailed as “India’s first destination wedding film” by The Times of India, this film definitely looks promising. 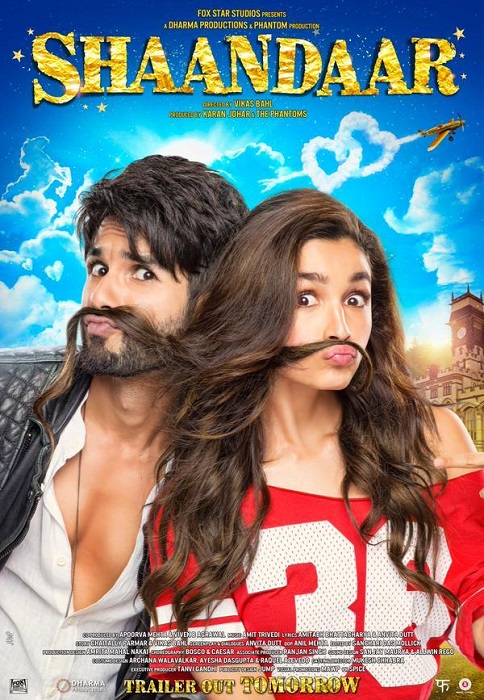 Akshay Kumar and Siddharth Malhotra fans are holding their breath till the release of Brothers, which is a Bollywood take on the Hollywood blockbuster, Warrior. Fingers crossed on whether this Dharma Productions-Lionsgate Films official remake does justice to the original Joel Edgerton and Tom Hardy starrer. 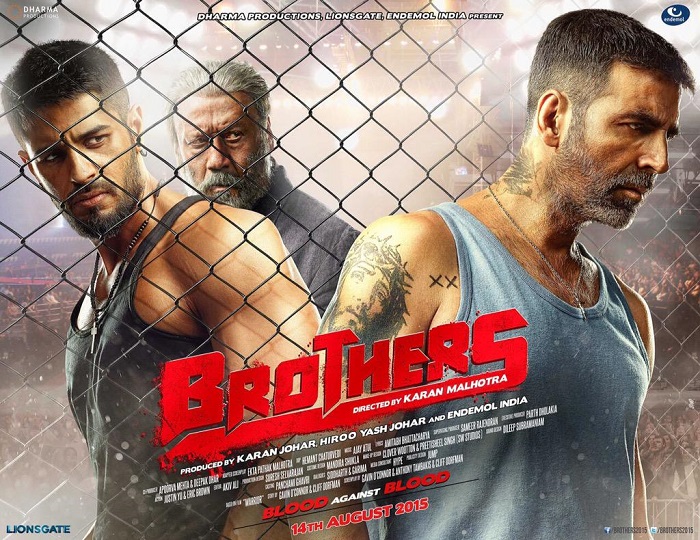 The second movie this year to feature John Abraham with Shruti Haasan, Rocky Handsome is a thriller-action based on ‘Man from Nowhere’, a Korean film. It recounts a heartwarming story about how a man, who has lost his special eight-year old friend to the underworld, sets out to take revenge. Watch out for this movie, as it has the potential to hit the jackpot. 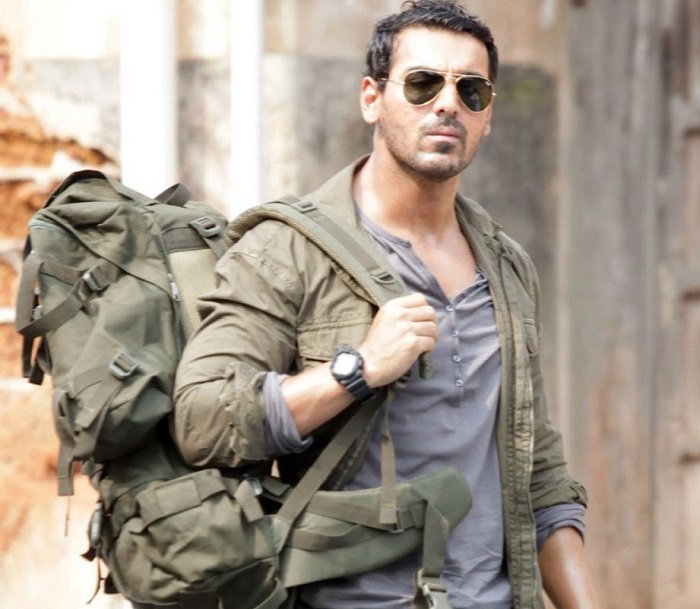 There’s been a lot of razzmatazz about M.S. Dhoni: The Untold Story, which is a biopic based on our very own Captain Cool’s life. Kai Poche starrer Sushant Singh Rajput essays the role of Dhoni, and is supported by Parineeti Chopra who plays his wife. This is undoubtedly one of those 2015 releases that you would want to watch. 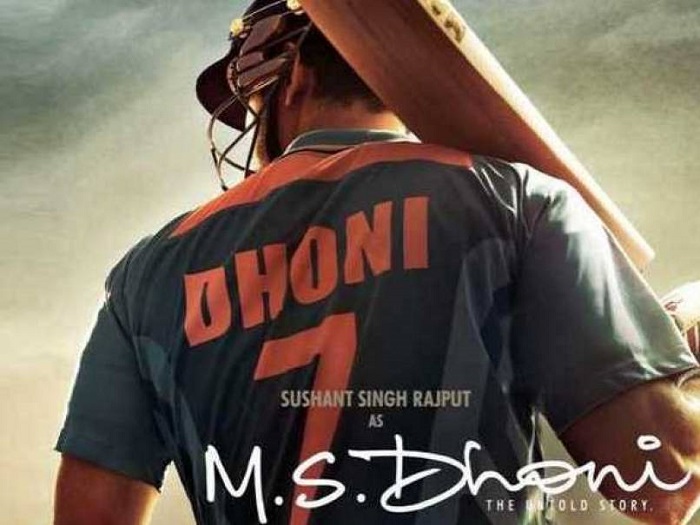 Phantom, a political thriller with Katrina Kaif and Saif Ali Khan playing the protagonists, has gained a lot of ballyhoo even before its release. Based on the book, Mumbai Avengers, which revolves around the terror attacks in Mumbai, this movie seems like it’s going to be worth the wait. 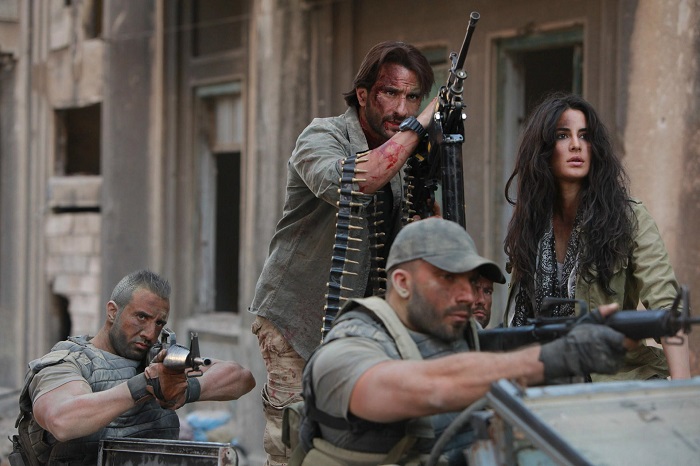 This Radhika Apte and Nawazuddin Siddiqui biopic is a tribute to the Mountain Man, Dashrath Manjhi, who built a road all on his own, in the span of twenty-two years, through a mountain that had made life difficult for residents of his village in Bihar. Not just regular cinema-goers, even critics are waiting for this movie. 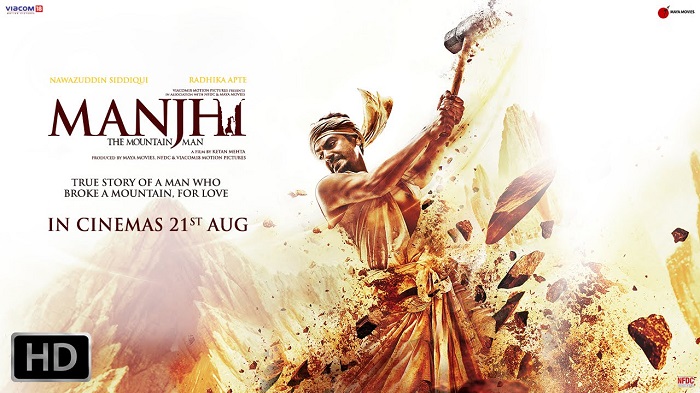 After Hum Aapke Hain Kaun! and Maine Pyar Kiya, Sooraj Barjatya and Salman Khan have teamed up again in Prem Ratan Dhan Payo. The film’s release date has been tentatively set for November 12 this year, and the audiences are waiting for the next Salman hit with bated breath. 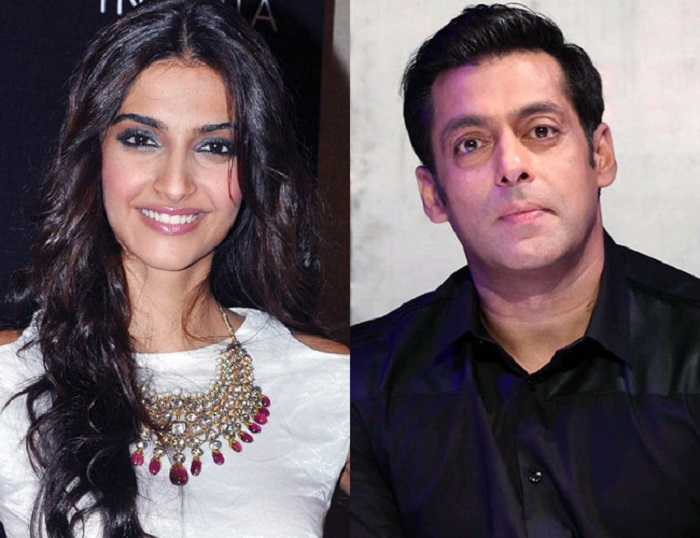 Welcome Back is a yet-to-premiere comedy movie which is the sequel to Welcome (2007), which stars Anil Kapoor, Nana Patekar, Paresh Rawal, John Abraham, Shruti Haasan and Naseeruddin Shah. This Anees Bazmee directed laughter riot is definitely one of those movies that you should watch. 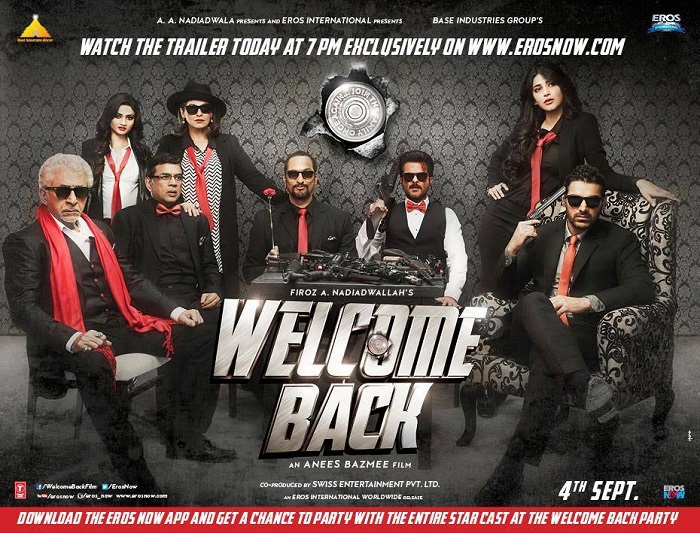 Abhishek Bachchan, Rishi Kapoor, Supriya Pathak and Asin play the lead roles in All Is Well, directed by OMG – “Oh My God!” filmmaker Umesh Shetty. Like OMG, this too delivers a crucial social message. 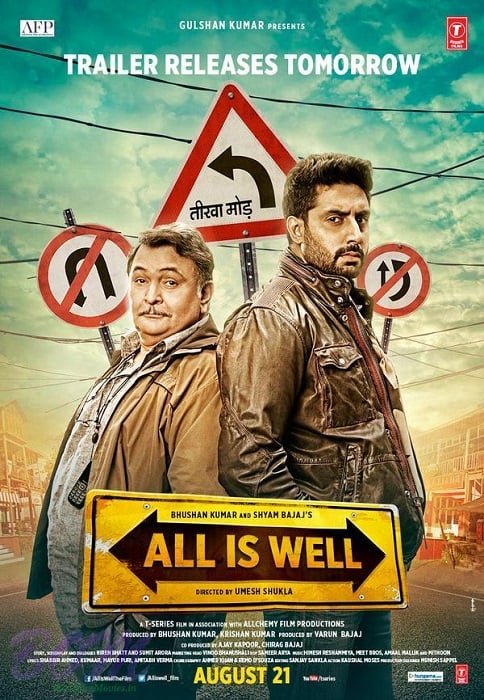 This is a romantic comedy that many are waiting for. Kangana Ranbaut has had a good year with Tanu Weds Manu Returns, and along with Imran Khan, she is ready to set the big screen on fire. This UTV Motion Pictures production recounts the story of two lovers who are suddenly at a crossroad after 5 long years. 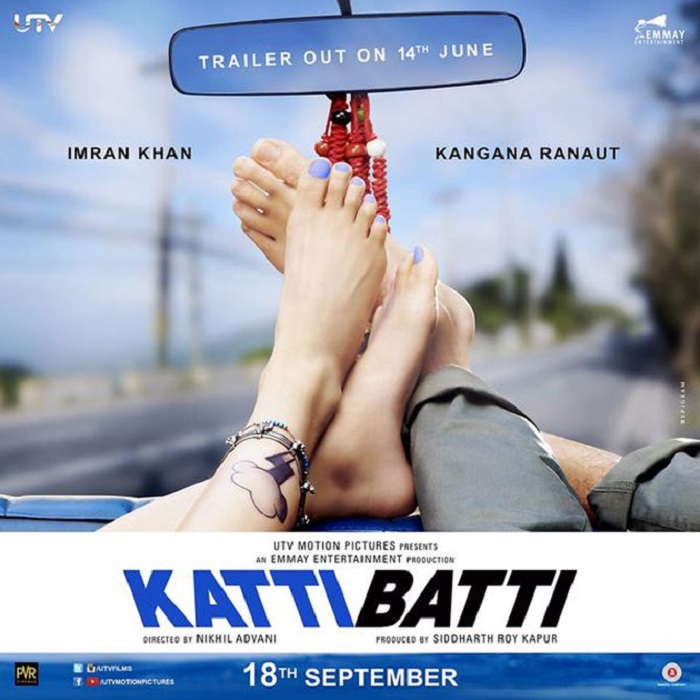 This upcoming romantic film by Imtiaz Ali stars Ranbir Kapoor and Deepika Padukone, and narrates the tale of how an individual sacrifices his identity in the process of conforming to societal norms. Film buffs are hoping Imtiaz Ali strikes gold once again. 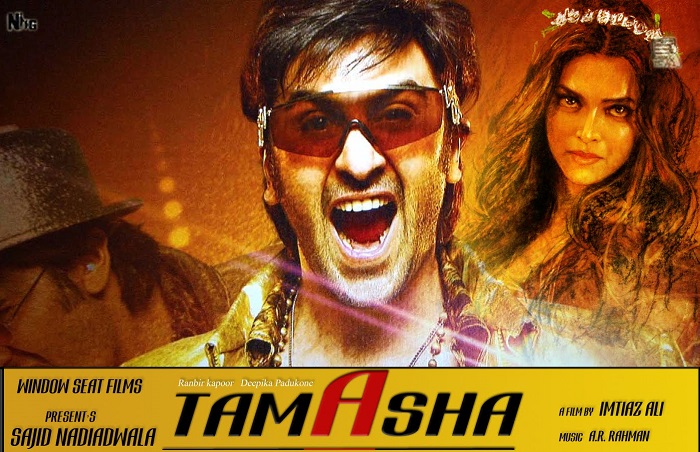 Hera Pheri (2000) made history with stellar performances delivered by the trio of Paresh rawal, Akshay Kumar and Suneil Shetty. It was followed by Phir Hera Pheri, and now producer Feroz Nadiadwala is back with Hera Pheri 3, touted to be another epic comedy film. Fans are hoping that the new additions, John Abraham and Abhishek Bachchan can repeat magic the third time. 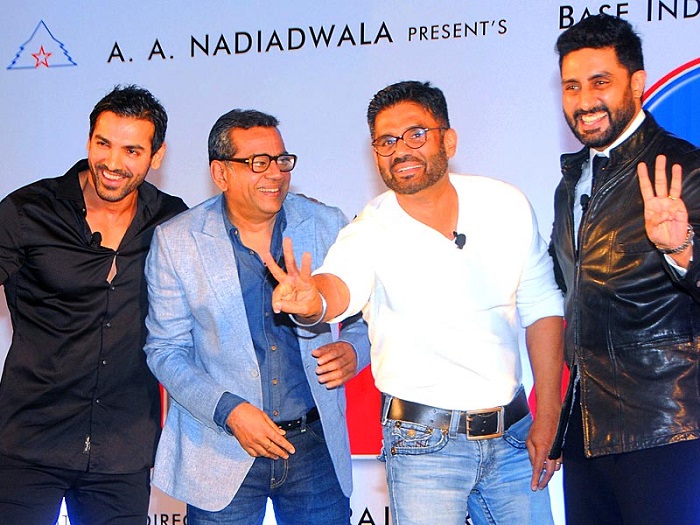 After Singh Is Kinng, Akshay Kumar is ready for another laughter fest, Singh Is Bling, which co-stars Lara Dutta, Kay Kay Menon and Amy Jackson. This time, though, the film has been directed by Prabhudeva. Let’s hope it is as successful as its prequel. 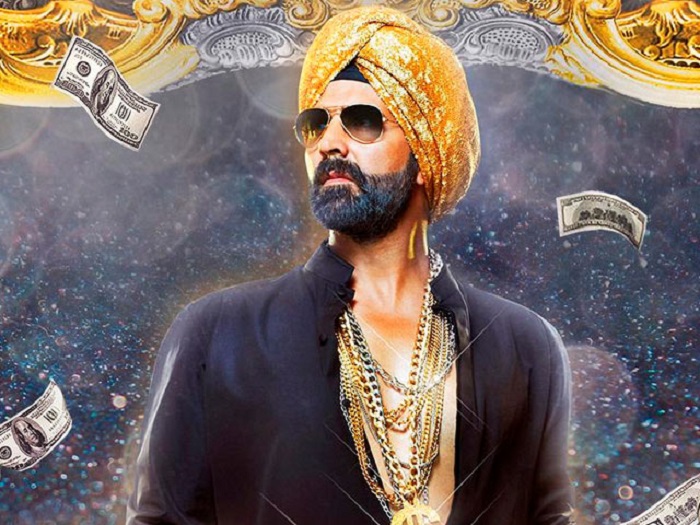 Sunny Deol made millions of hearts flutter with Ghayal. This time round, he is starring in Ghayal Once Again, which is a sequel to the earlier film released in 1990. The movie is supposed to release this Diwali, and looks like it’s going to light up the festival season. 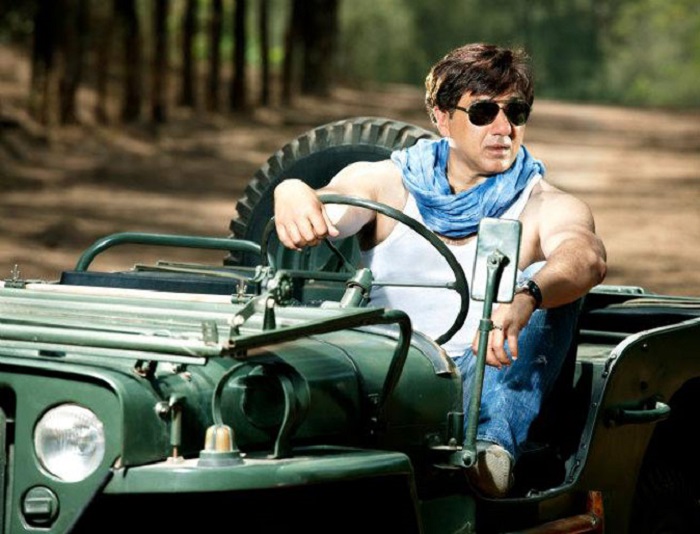 Comedy-lovers have been eagerly waiting for Abbas-Mustan directed Kis Kisko Pyaar Karu, which features stand-up comic actor, Kapil Sharma. Cast opposite him are four heroines, Elli Avram, Manjari Phadnis, Simran Kaur Mundi and Amrita Puri. We need to wait and watch if Sharma does justice to his role as a hero. 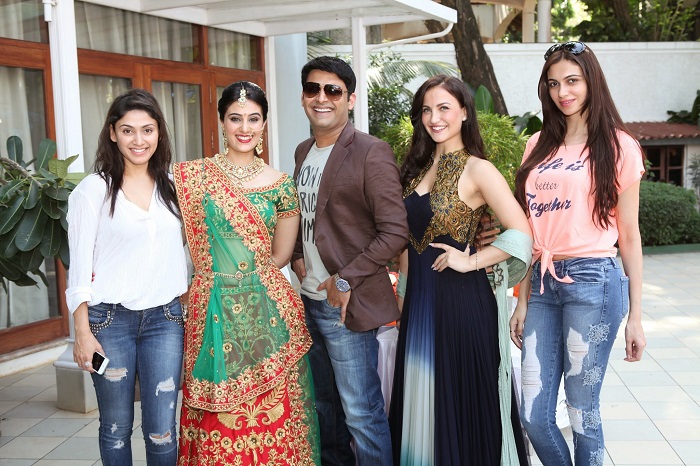