Every business or venture has its touch and go moment, either it makes it or reaches a point of saturation, eventually fizzling away- unnoticed. The film industry as well is no stranger to this continuous tide of ups and downs, then moments of complete stillness. Film makers, producers, actors and actresses have their share of the limelight, if they are talented that is, and over time even that passes, almost like the water that drifts ashore only to be absorbed by the loose particles of sand. 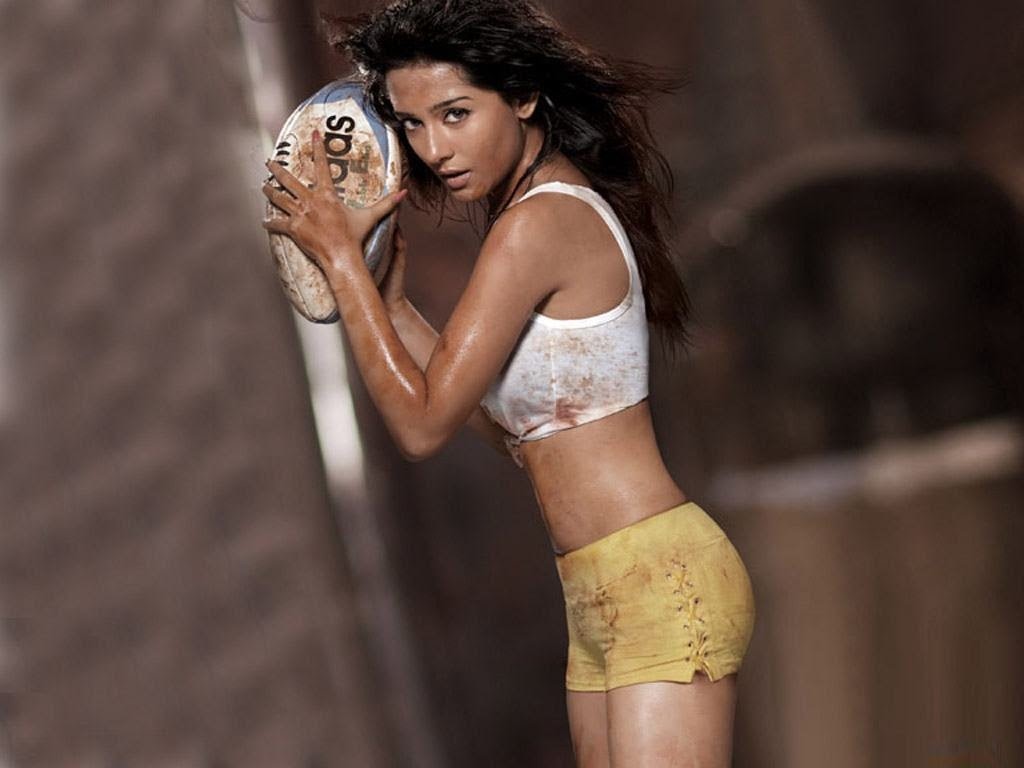 Since its inception, Bollywood has given rise to hundreds of stars who have ruled the box-office for years before making way for someone new, fresh, to collect the baton to entertain the masses. While we know for a fact that hundreds of actor and actresses have featured in films over decades, when asked to name your favorite, only a few might come to mind spontaneously. Many younglings have got their opportunity to make a star of themselves but only a few have really grasped it to give their career some longevity. One such star amongst the few like Ranbir Kapoor, Deepika Padukone, Priyanka Chopra and so on, who startled audiences right from their debut is Amrita Rao. Rao made her debut in 2002 in the film ‘Ab Ke Baras’ and was nominated for the Filmfare Awards for best debut, and in the same year she took home the IIFA for Star Debut of the Year – Female. Step by step, let’s look into the life of Amrita Rao and reveal a few facts that you probably didn’t know. 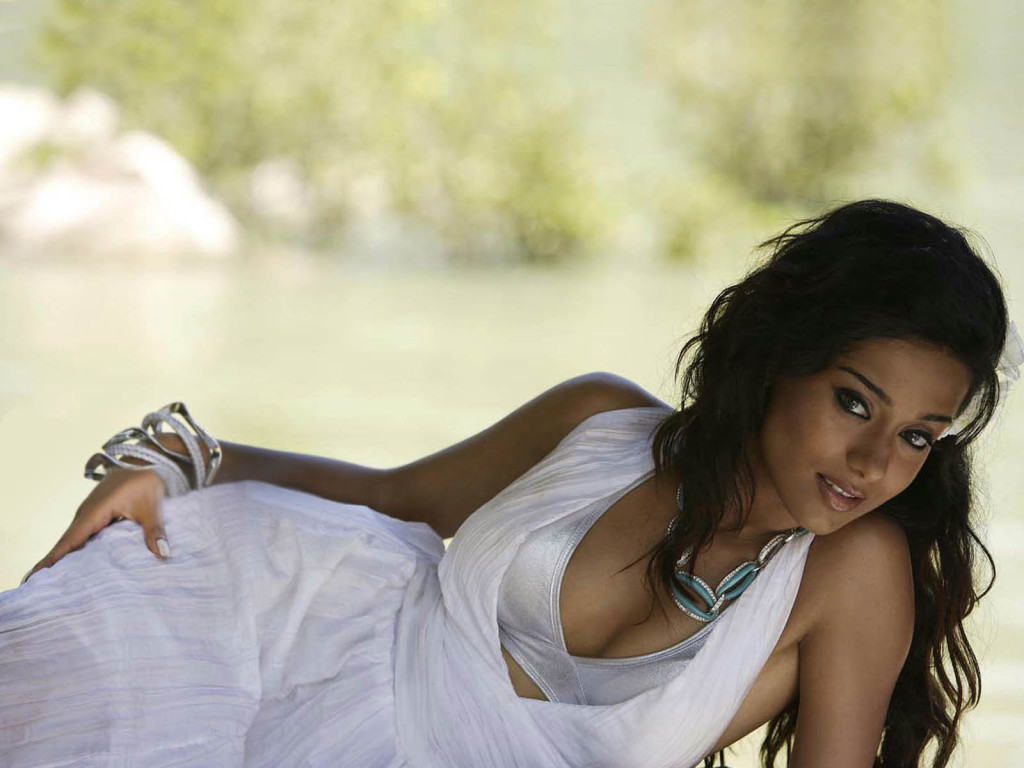 Her Roots!!
Now known as “Bollywood’s quintessential girl next-door”, she was born in Mumbai in a middle-class family. Her dad currently owns an advertising firm while her little sister Preetika Rao is also a model and actress. Rao did her schooling in Canossa Convent Girls School and completed her degree in Philosophy from Sophia’s college. While still in college, Amrita Rao was noticed and was picked up by various photographers for modeling shoots and commercials. 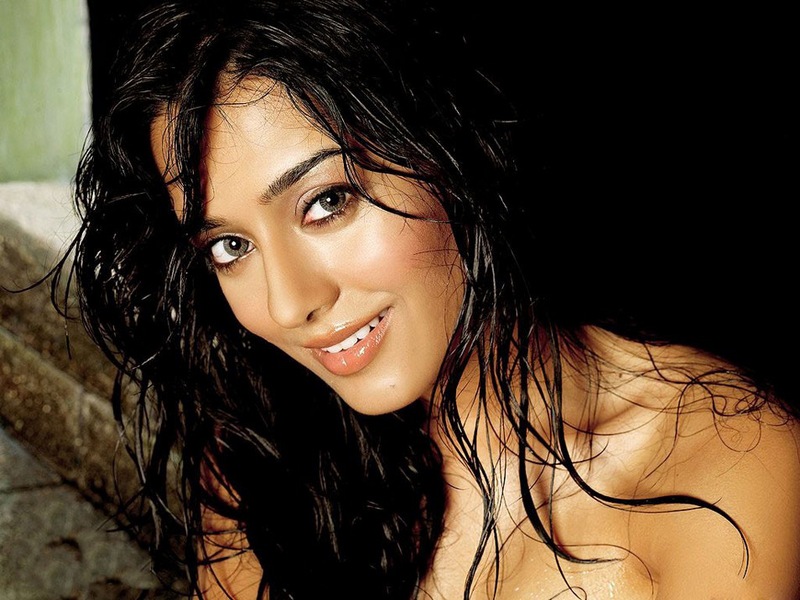 The Start Of An Illustrious Career In The South And Bollywood!!
The case with most actors and actresses, Rao’s path to fame to was like a rickety rocking-chair. Despite the fact that she cracked into mainstream Cinema immediately with her debut, most of her other films have helped her garner critical praise but unfortunately some of them tanked miserably at the box-office. 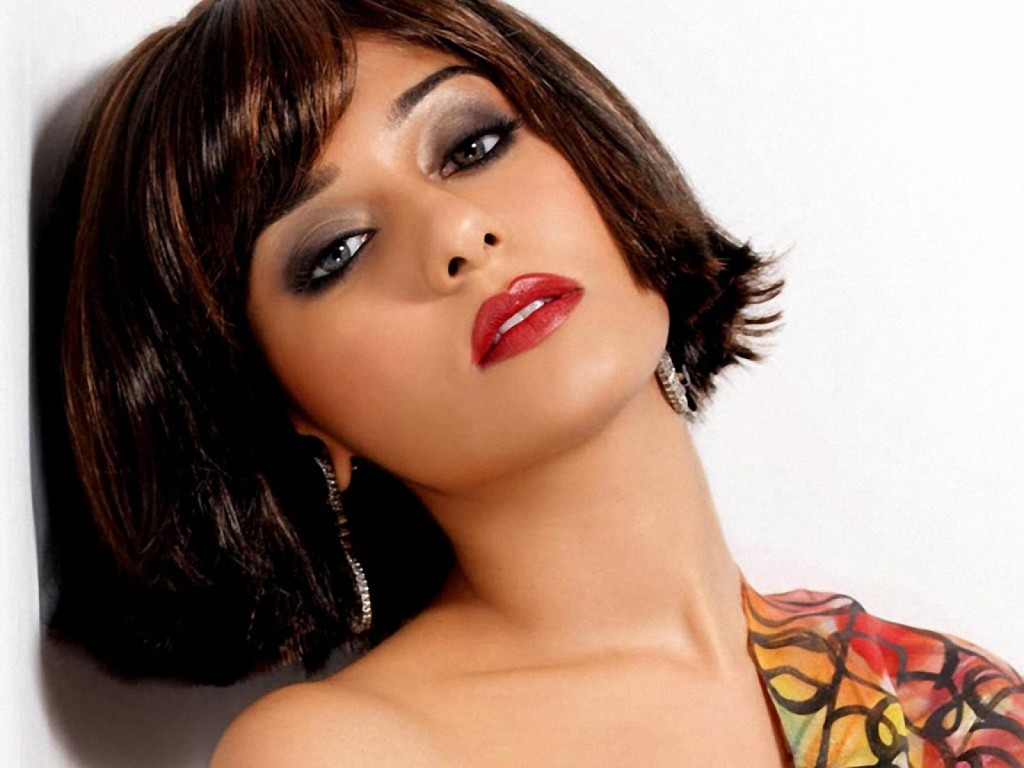 We can trace her first appearance on TV when she featured in the music video for Alisha Chinoy’s song Woh Pyar Mera when she was just seventeen-years-old.

In 2002, Rao made her debut in Indian Cinema when she was cast the role as the lead Anjali Thapar in the film ‘Ab Ke Baras’. The film was directed by Raj Kanwar. In response to her performance in the film, critiques wrote, “Amrita Rao comes out the real winner, with her dancing skills, innocent looks and decent acting skills” 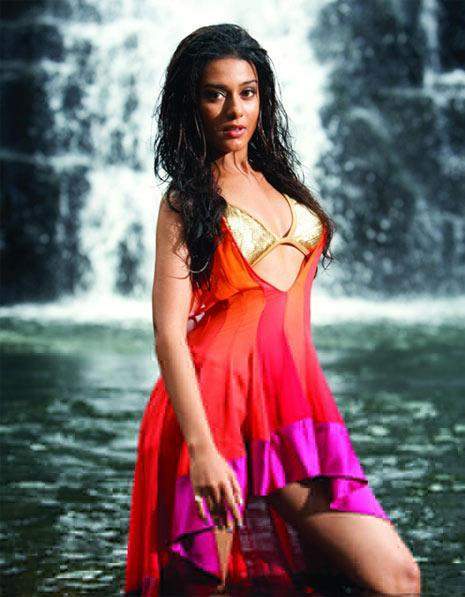 The very next year, she was cast alongside, also upcoming Bollywood actor Shahid Kapoor. She played the role of a college student in the romantic flick Ishq Vishk and her performance earned her the Filmfare Best Female Debut Award and IIFA Award for Star Debut of the Year.

Playing the role of an obsessive wife, Rao once again was in the midst of praise from critiques with her display in the movie ‘Masti’. The film was directed by Indra Kumar and was starred by budding actor Vivek Oberoi. Surprisingly, the film was a success in the box office, launching both the lead actors as a mainstay in the film industry. 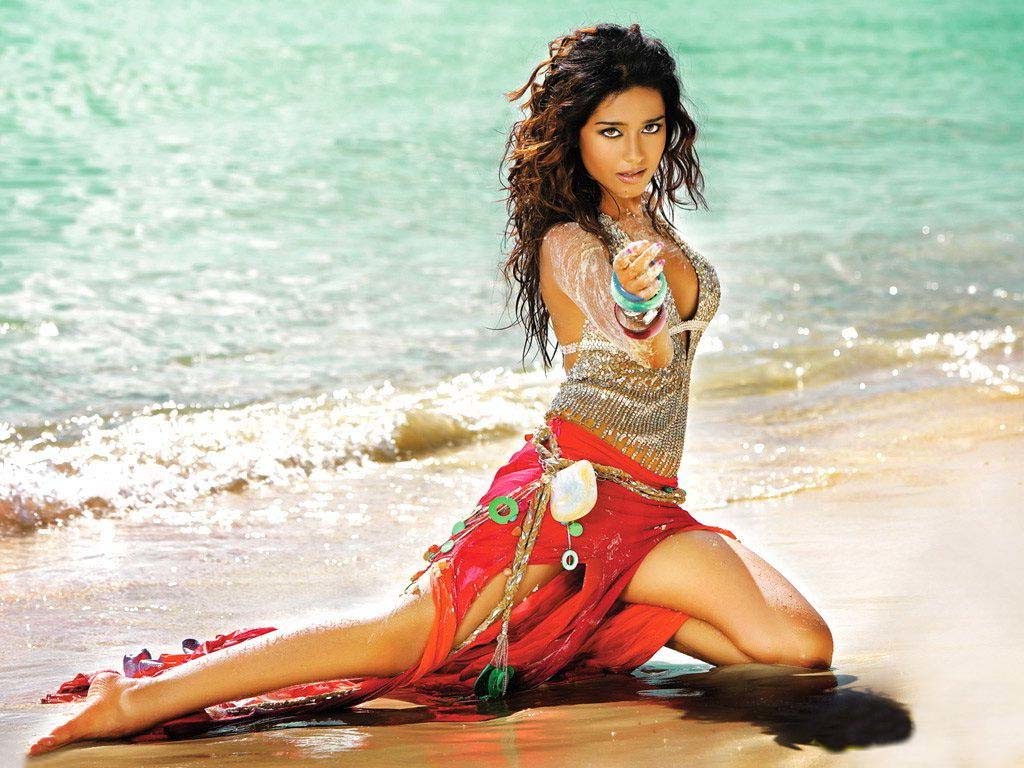 While Rao made her mark in her debut itself, many claim that it was her role in the action comedy ‘Main Hoon Na’ that established her as one of the loved and go-to actresses in Bollywood. The movie was directed by Farah Khan and she was cast alongside superstars Shah Rukh Khan and Sushmita Sen while Zayed Khan played a supporting role. For her adaptation of the role seamlessly, Rao bagged Best Supporting Actress at the Filmfare Awards.

In 2005 she was cast beside star Sanjay Dutt and her familiar co-star Shahid Kapoor for the movie ‘Vaah! Life Ho Toh Aisi!’ Critiques slammed the plot and the movie on the whole but revered Amrita as the only saving grace in the film. 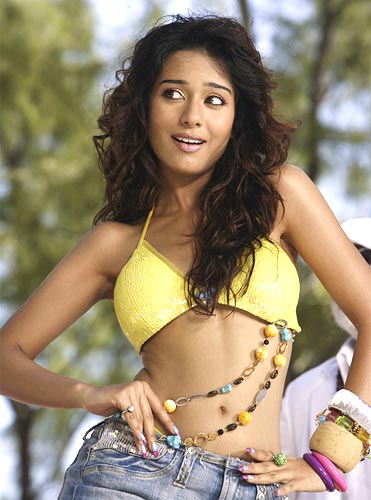 For her, though she was already embedded in the glitter and glam world, professionally it wasn’t getting easier. Her decision to star Pyare Mohan opposite Vivek Oberoi in 2005 saw her name listed in yet another failed movie. Some even labeled her part in the movie as hitting “Her career low”.

In 2007, she reprised the fate of her career with her role opposite Mahesh Babu for the Telugu movie ‘Athidhi’. Luckily for her, considering she was making her debut in the Telugu Cinema, in just four-weeks the film grossed 35-crores (US$5.2 million). Critics wrote, “Amrita Rao is not only beautiful but also glamorous. She has proved that she could be yet another native girl for Tollywood. She emoted well with convincing histrionics fit for Telugu screen.” Another tabloid said, “Amrita Rao, who makes her debut in Telugu films, makes a mark.” 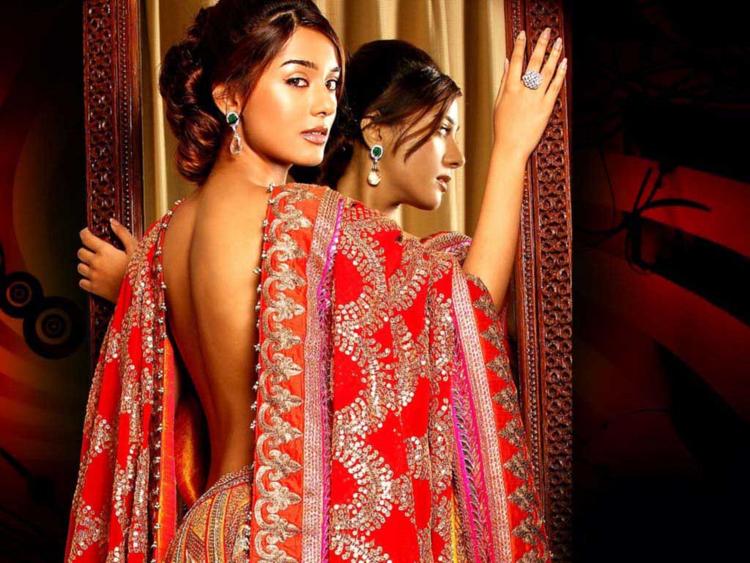 Her next two roles in the films ‘My Name Is Anthony Gonsalves’ and Shaurya received negative rumors, tainting her progress of stepping the ladder to be Bollywood’s leading lady.
The very same year, which didn’t look too promising for the gorgeous actress, she was yet again amongst the awards for her role in the movie ‘Welcome to Sajjanpur’. Essaying the role of Kamala, a woman who is desperate to hear from her husband, a laborer in the docks of Mumbai, Rao received ‘the Stardust Best Actress Award’. The film even grossed 20-million (US$300,000), making it her second most successful movie in terms of monetary income. 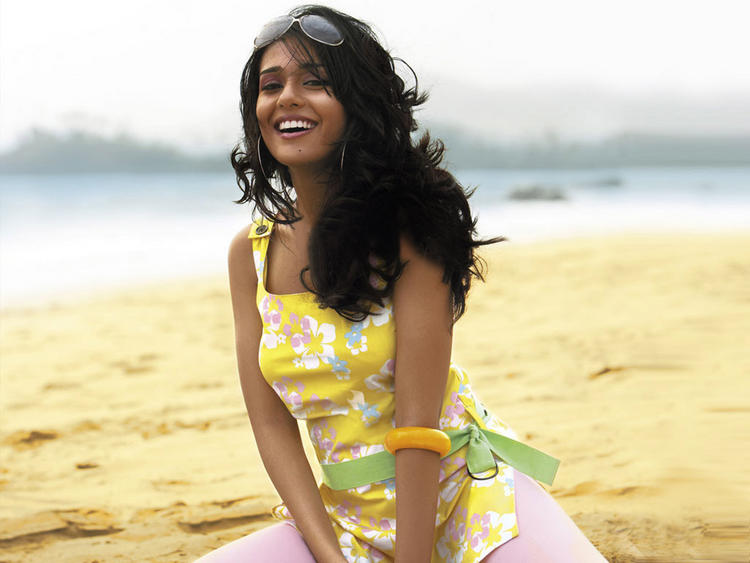 Despite her being a successful and loved actress and the heartthrob of hundreds of men across the country, her next three films ‘Victory’, ‘Short Kut: The Con is On’ and ‘Love U…Mr. Kalakaar!’ failed miserably at the box-office and she was at the receiving end of negative reviews. Her failure to be a part of a successful film coaxed her to back off from the screen for a bit. For the next two and a half years, Amrita stayed away from the silver screen and once again resumed a life of normalcy.

Her Return!!
The choice to take a break from the Silver Screen turned out to do a bucket full of good for her career when she roared back to the screens playing the lead in the movie ‘Jolly LLB’. Playing the girlfriend of lead actor Arshad Warsi’s, her performance received a standing ovation across the country and the film won the National Film Award for Best Feature Film in Hindi. 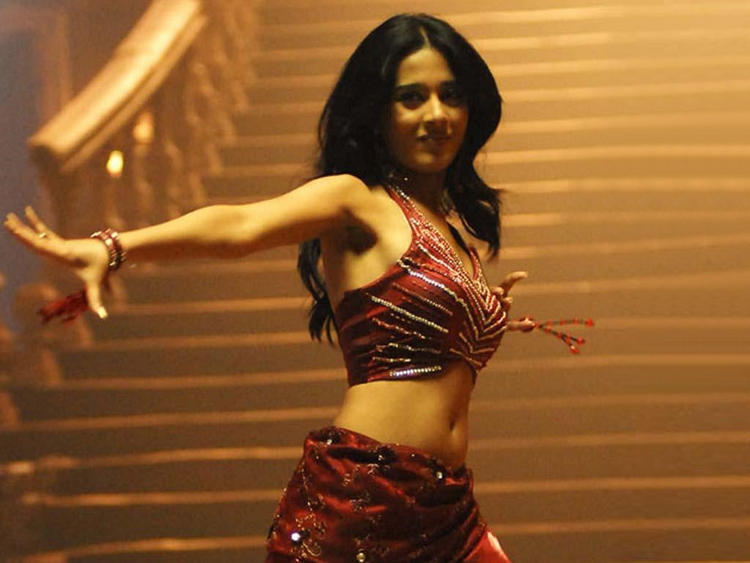 Her next film ‘Singh Saab the Great’ tanked at the box office though her performance was lauded while her next film Satyagraha alongside stars such as Amitabh Bachchan, Ajay Devgn, Kareena Kapoor and Arjun Rampal was also rated poor by the critics but did manage to do fairly well at the box-office.
Currently she is featuring in the musical drama TV series ‘Meri Awaaz Hi Pehchaan Hai’ with Rao essaying the role of the one and only Lata Mangeshkar. 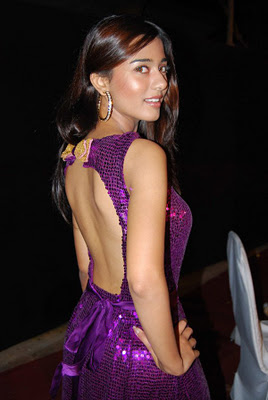 Personal Life & Marriage!!
Though she hasn’t been in the limelight or being featured in the gossip columns off late as a result of her backing off from cinema, she was yet again in the gossip when she was spotted wearing a wedding ring. According to sources, Amrita, considering she is quite personal, kept her love affair with boyfriend RJ Amol hidden from the shutterbugs and gossip mongers. A source said, “Amrita has never spoken about her relationship because she is a very private person. Anmol (a radio and TV anchor) and she were sure about settling down, but the wedding was planned only recently. The ceremony will be attended by their immediate families and close friends. Since both of them are busy with their work commitments right now, they will plan a bigger celebration some time later.” 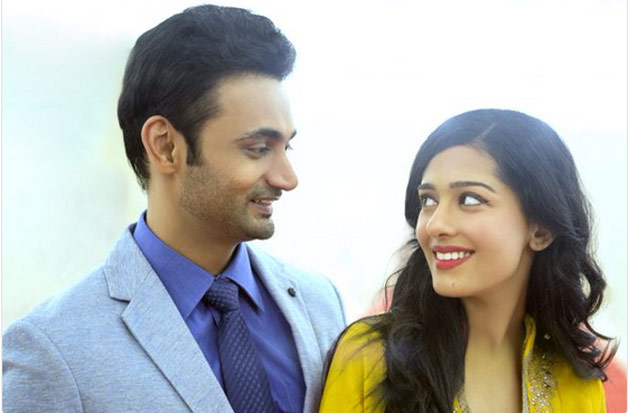 Seven years after falling in love after an interview, the couple wedded in a private ceremony attended by only close friends and family. On asked why she kept their love affair hidden and time and time again rubbished rumors of them being together, she said, “If there is someone special in my life I would like to announce it at the right stage of the relationship because it will bring a certain respect to it. Also, flaunting a relationship can keep you in news irrespective of your movie projects but for me that is losing the sanctity of a relationship and making it commercial. I will never do that.”
Her husband broke the news of their union with this tweet- 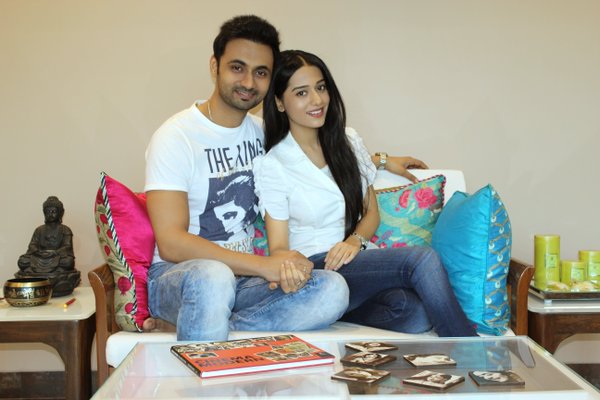 “interview tht startd 7yrs bak, continues..Only to get Stronger 2day!
#JustMarried @AmritaRao
need your Good Wishes”
The couple have since have stated that their feel luckiest to have found each other and are very much in love. We wish them all the best.