While most of us are scrolling through bike and car catalogs, there are elite few that have taken toy shopping to the next level with their luxurious steel-birds. All of these billionaire Indians have companies that have gone worldwide, and that requires them to make frequent visits in short spans, and instead of wasting time taking chartered flights, they have decided to take luxury in the air with their buys. Well why not if you have that kind of money. Owning the most expensive private jets and joining the ranks of numerous celebrities, these elite gentlemen have chosen to fly around in jets that would only stir envy. Want to take a sneak peek into the lives of these Billionaire Indians? Take a look at the luxury they possess just inside their jets. The exhilarating combination of the engines used in them and the custom made designer interiors will drop you jaw out of jealousy. These are Indian Billionaires and their private jets.

1. Mukesh Ambani
Currently the wealthiest in India with a net worth of $19.2 Billion, Mukesh, while also being the proud owner of the costliest residence on the planet, Antilia, is also the owner of the costliest private jet, the BBJ2( Boeing Business Jet 2). This jet can cover a distance of 6616 miles on a single full tank and can reach maximum speed of Mach 0.82. Two General Electric/Snecma (CFMI) CFM56-7 engines power this beauty and the interiors are specified to the wants of this prestigious Billionaire. It also contains a boardroom with executive plush seats and the cockpit boasts a Honeywell digital avionics system. 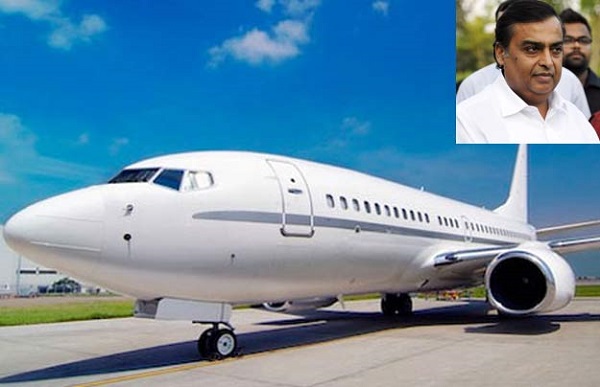 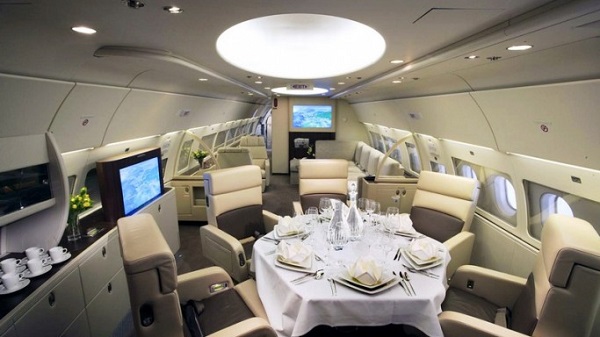 2. Ratan Tata
This international business tycoon is the owner of the Tata group and though he is known for not being ostentatious and usually showcasing a humble stature, he also knows how to live in style. Tata is the proud owner of the Dassault Falcon 2000 which is thrusted by two Pratt & Whitney Canada PW308C turbofan engines and is made to travel between continents with ease. This luxurious steel bird is flown by Ratan himself and can reach a height of 51,000 feet, traveling a distance of 6020Kms in a single stretch. 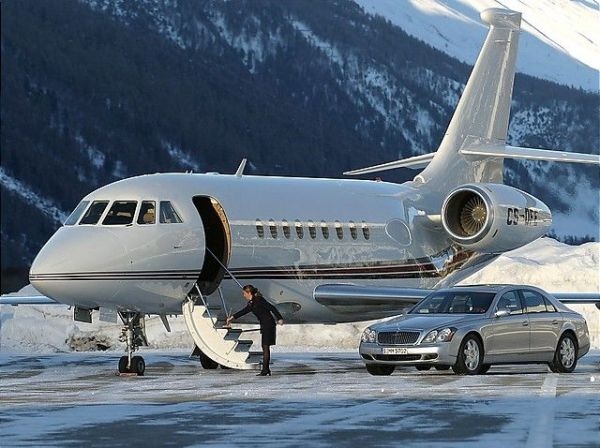 3. Vijay Mallya
Once named a billionaire by Forbes, this now millionaire still lives life as big as a billionaire. A liquor baron, Airline owner, and the proud owner of various sports teams, this “King of good times” is the fine example of how to live life like a king. His possession, the Airbus ACJ319, has 6000-cubic-feet of living space that has been transformed to his house/ business office. Plunged by CFM56-5 engines, this steel-bird has a removable fuel tank that enables him to travel across the globe without a pit stop. Apart from this beauty he owns three other private jets, the Boeing 727, a Gulfstream and a Hawker. 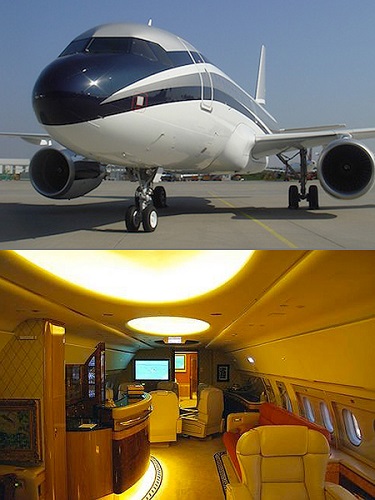 4. Lakshmi Mittal
This business magnate who is the proud owner of the largest steel producer in the world, ArcelorMittal, owns the stupendous Gulfstream G550 luxury business jet. With a range of 12,500kms, the private jet boasts a couple Rolls-Royce BR710 turbofan engines that can reach a maximum of 51,000 feet. The G550 can touch speeds up to 675Mph, enabling this tycoon to travel three different destinations in a day. One of the few that has incorporated military heads up display, this steel-bird can accommodate 19 passengers exclusive of the crew. 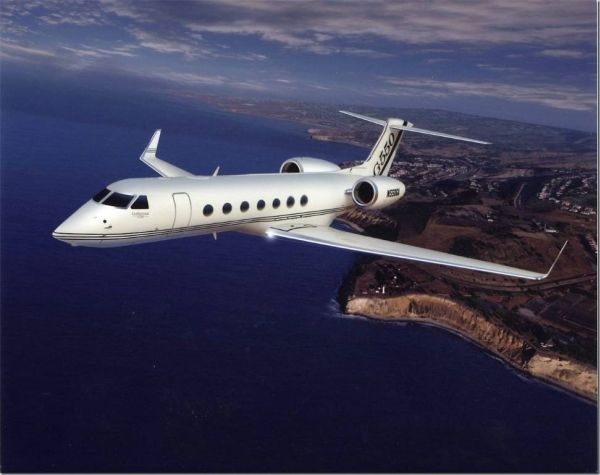 5. Atul Punj
Punj, the chairman of the biggest construction and engineering companies in India has joined the ranks of many Hollywood A-listers by owning the flawless-streamlined steel-bird, the Gulfstream IV. This luxury in the air airliner is propelled by two Rolls-Royce Tay 611-8 engines which displays a fantastic cruise speed of Mach 0.80. This private jet includes a luxury suite, a private luxury space and a pimped bathroom to satisfy every need of this billionaire. 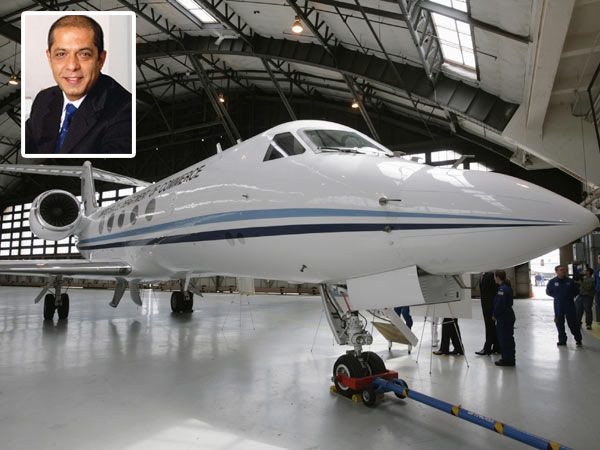 6. Anil Ambani
The brother of the richest man in India Mukesh Ambani and his main business opponent, Anil is the Chairman of the Reliance Group and one of the biggest producers in the Bollywood industry. He tries to better what his brother can do in any field and with regard to private jets he has come fairly close with his Bombardier Global Express XRS. This luxurious jet has a noise and vibration suppressor making the plane pin-drop silent. With a 14.73 meter long cabin space, it comes with a board room and luxury space and its motored by Rolls-Royce Deutschland BR710A2-20 turbofan engines, enabling it to reach a phenomenal high-speed of Mach 0.89. It can reach a maximum altitude of 51,000 and a range of 12,000KMs at a single stretch. This steel bird costs a whopping $38 million. 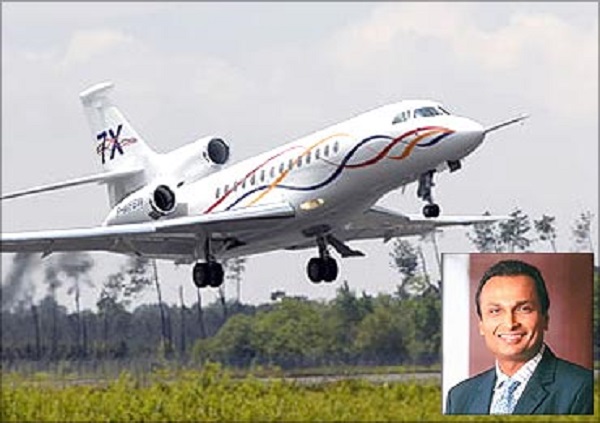 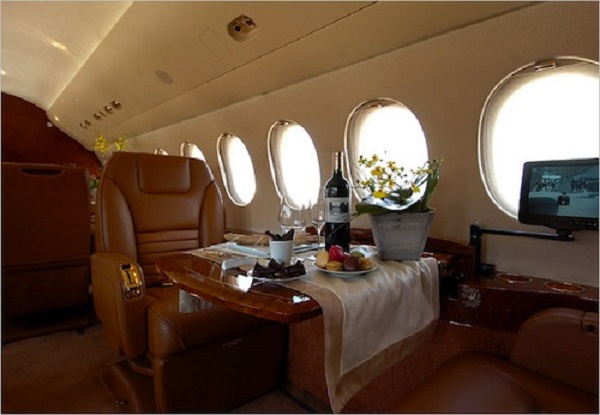 7. KP Singh
The Owner and chairman of the DLF Group, which is one of the biggest real estate companies in India, K.P Singh is a billionaire who has mastered the art of living in style. The grand owner of the Gulfstream IV luxury business jet, this jet is powered by twin Rolls-Royce Tay 611-8 engines which is titled on the quieter side and boosts fuel efficiency. This incredible business airliner can reach a maximum speed of Mach 0.80 and can travel distances over 7000kms at a stretch. 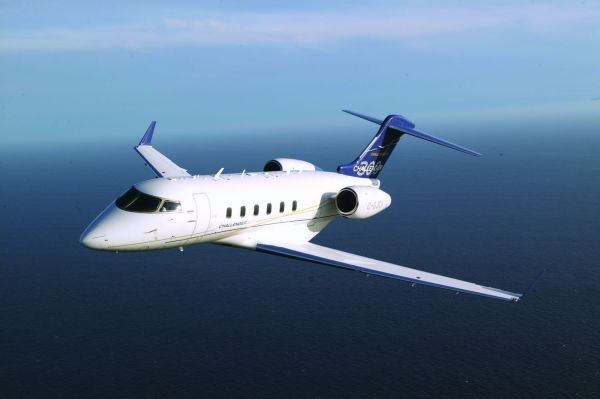 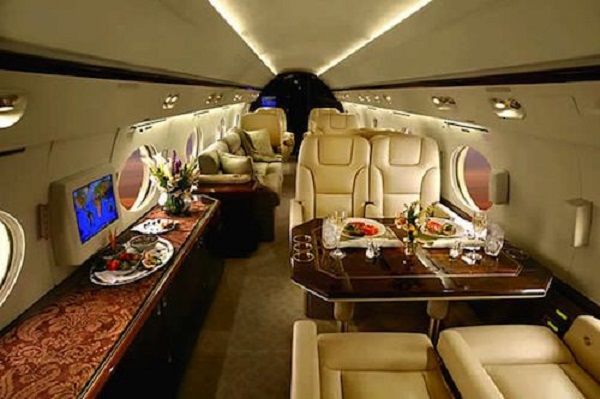 8. Gautam Singhania
The face of the Raymond Group, India’s leading branded fabric and fashion retailer, is no stranger to luxury toys. The latest in his kitty is the Bombardier Challenger 600 luxury business jet, for which he brought world renowned interior designer Eric Roth aboard to design this steel-bird according to his pin-point specifications. Packed with all the luxurious amenities possible, it is motored by couple General Electric CF34-3A turbofan engines which propels this beauty to a height of 41,000 feet and travels a distance of little over 500kms at a stretch. This luxurious bird is worth a whopping $21 million. 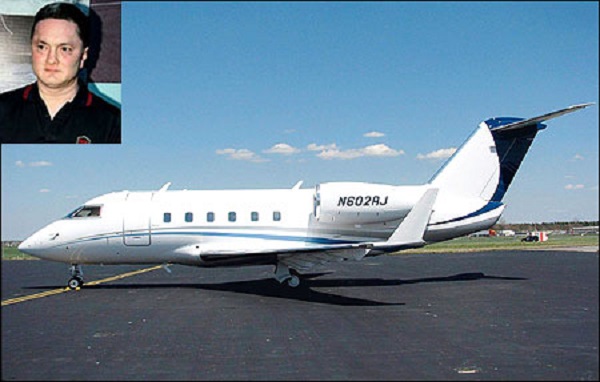 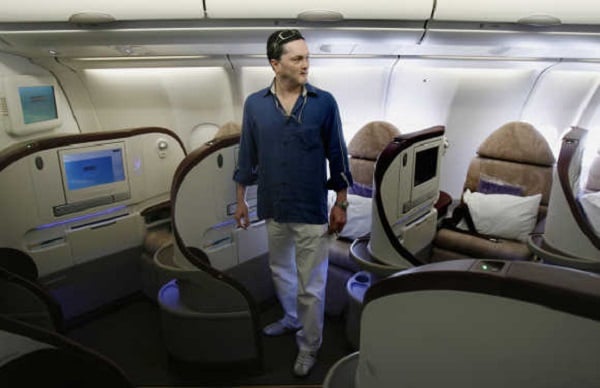