If there is one blanket statement that we can make about our television actors, it’s that their personal lives are even more colourful and dramatic than the soap operas they act in. The love story of “Yeh Hai Mohabbatein” actor Karan Patel and actress Ankita Bhargava is no exception to this rule.

Ever since their affair became public knowledge almost two years ago, the star couple has been constantly in the news for all sorts of reasons. So frenzied has been the media attention that on more than one occasion, Karan and Ankita had to make public statements to dispel the rumours surrounding their relationship. The aftershocks of Karan’s tumultuous relationship history haven’t made the going any easier, but thankfully, it seems as if the couple has weathered the storm, and after 18 months of togetherness, their marriage is still going strong. 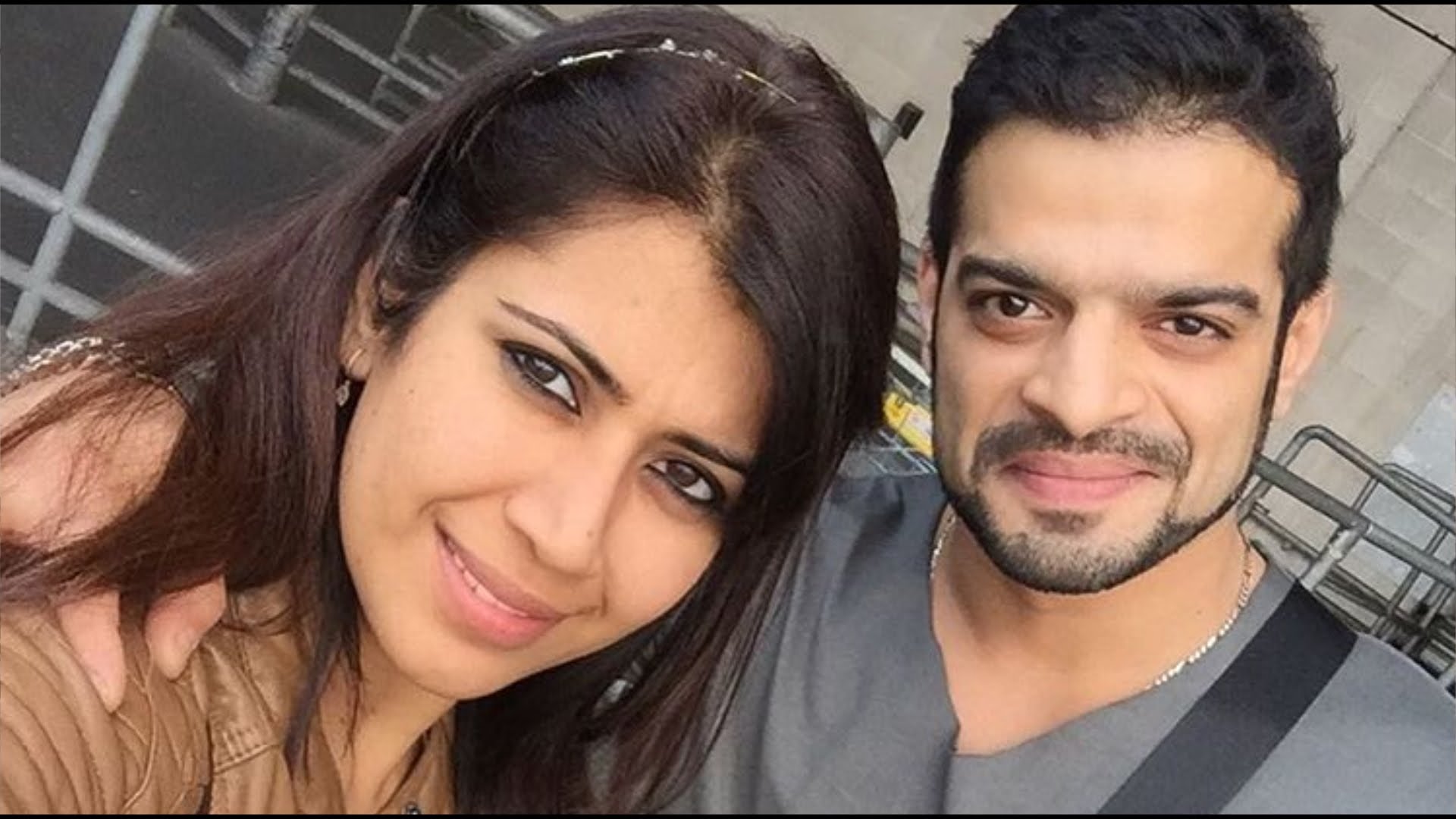 Here is a look-back into the eventful love story of Karan and Ankita, with some exclusive inside scoop that is sure to whet your appetite for gossip!

The story of Ankita and Karan’s romance is also the story of Kamya Punjabi’s heartbreak. Now, everyone – from the industry insiders to the television audience – has their own version of the story of the highly-publicised Karan-Kamya break-up. It was initially believed that Karan left Kamya for Ankita, but if sources close to the actors are to be believed, the break-up had happened in December 2014, a month before Karan met Ankita. But that was just one of the many conspiracy theories. Allegations ranged from drinking problems to ego clashes and even adultery, but at the end of the day, they were just products of imaginative scandal mongering. 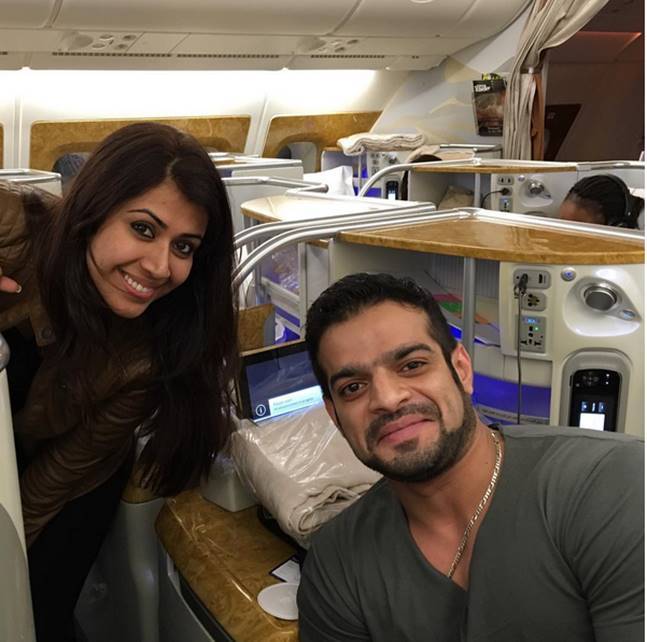 The real reason could well have been Karan’s parents, who disapproved of their son’s relationship with Kamya – an older, recently divorced single mother. Not the one to mince her words or hold back her opinions, Kamya shared her take on the entire affair later in an interview, where she said, “For me, love doesn’t change with seasons or according to family’s convenience. I have always loved Karan Patel. I have never spoken about the reason why we separated and I won’t speak about it in future as well. I still love him, but I don’t want him back in my life. I can never forget the pain that I have gone through because of him. I can never forgive him for that.”

Whatever the reason is, Karan moved on rather swiftly to his next relationship, as within less than a month, he had started seeing Ankita. And after just four months of dating, the lovebirds tied the knot in early May 2015, thereby taking one of the most sought-after TV actors out of the ‘ideal bachelors’ league. Now, that seems pretty mundane – far from being a fairy tale romance, perhaps? But don’t worry. As the popular saying goes, “Picture abhi baaki hai!”

The Beautiful Love Story Of Mohit Raina & Mouni Roy All of You Want To Know! 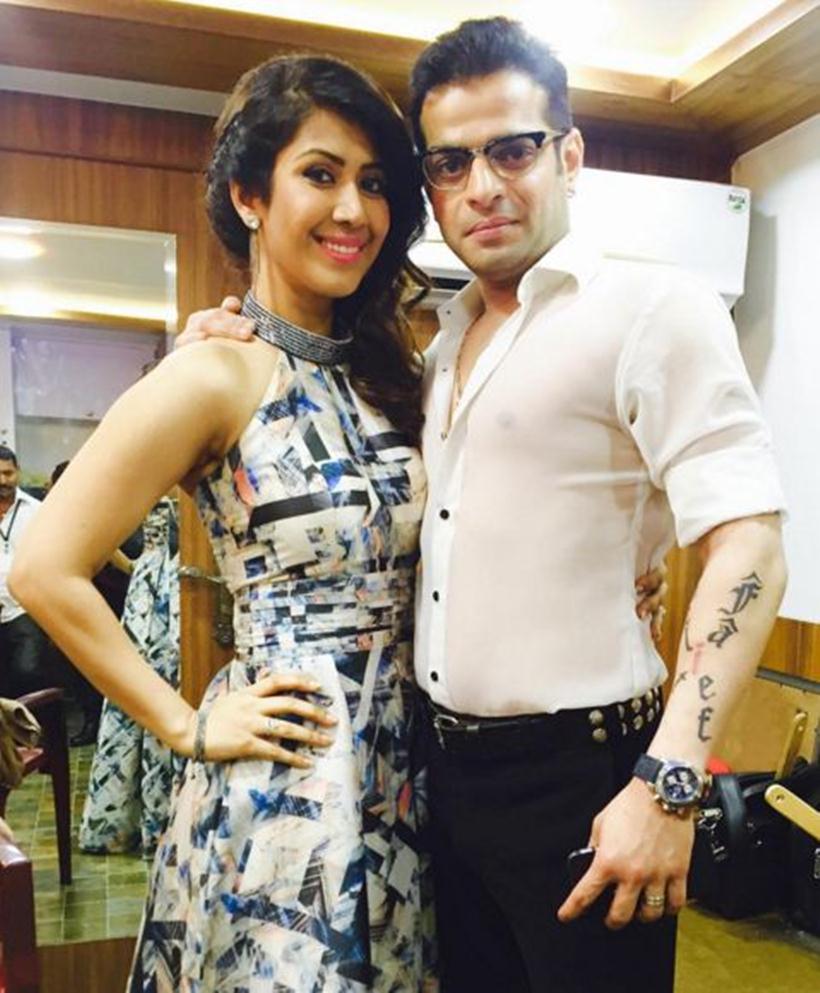 A few months into the marriage, speculations regarding the couple having hit a rough patch started making the rounds. The first false step came in late December 2015, when Karan reportedly gate-crashed a party thrown by Kamya in a bid to patch things up. Whether this was the prelude to rekindling an old romance or just a diplomatic holding out of olive branch remained a question of contention for some time, until Ankita came out strongly against the naysayers two months later, in February 2016. Ankita’s strong message to the detractors (which stated clearly that despite the vast differences in their personalities, they are soul mates and nothing or nobody could change that!) went like this:

“It is going to be one year since our wedding and still some people haven’t come to terms with it. I really feel sorry for people who run away from reality. I feel scared to even post a picture with my husband online because I am scared that they will pump up their bad wishes after realising that Karan and I are actually happy. What hurts is that I have heard a few people who apparently know us well are also part of this gossip! Anyway, Karan and I both are family-oriented people. We have decided to stay away from negative people.”

A Sneak Peek Into The Love Affairs & Relationships Of Upen Patel! 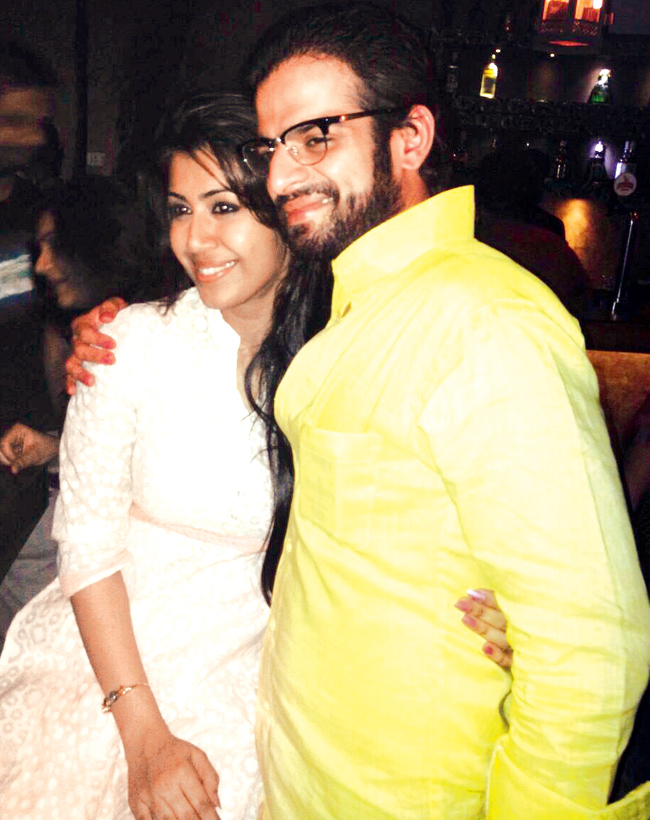 That seemed to settle the matters for good, but then came the infamous Box Cricket League encounter, where Karan and Kamya were seen embracing each other and engaging in casual banter. Divorce rumours caught on quickly, and Kamya’s incisive comments added fuel to the fire. When asked about her thoughts on the new twist in the Karan-Ankita saga, Kamya responded, “Ankita is not my best friend nor is Karan my boyfriend. So what happens between them, stays between them. Whether their marital life has hit a rough patch or is going smooth is something I am unaware, unaffected and least bothered about! Usually, people know what they want in life, but I very well know what all I do not want in life, and Karan Patel tops that list! I do not want Karan Patel back in my life anytime! The guy who walks out of someone’s life suddenly and is seen to be with another woman in just two days is someone who does not deserve to be taken back! Rather no woman would take a similar man back in her life.” 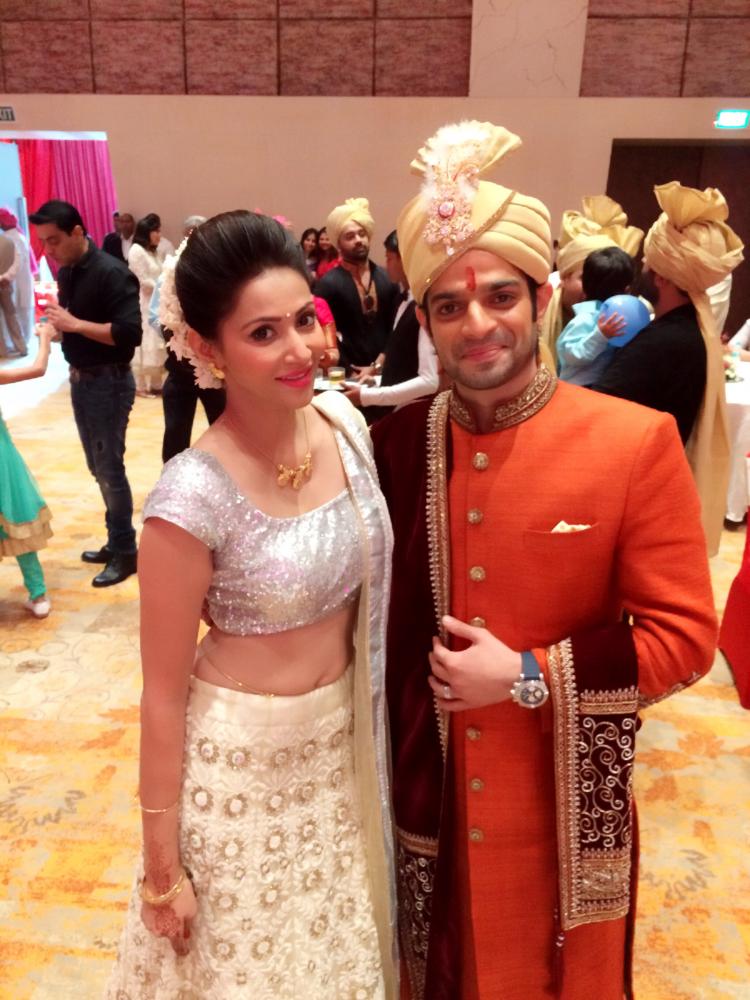 Sure enough, it seemed as if the end of the road was in sight for Karan and Ankita, but like your typical soap opera, there was a twist in the tale.

A Happy Honeymoon and a Birthday Present

The twist, you ask? A happy one, of course! Throughout the course of the ‘love triangle drama’, both Karan and Ankita had consistently maintained that they were not bothered by the negativity and that their marriage was rock-solid as ever. In one of the interviews, Karan backed his wife’s statements and said, “There are a lot of people, who actually wish Ankita and I have problems, but the fact is that I am at the happiest place in my personal life. Ankita is the best wife and the best companion I could ever get. So, all the rumours and the people, who generate them, can both go take a hike!! Jo hum se jale woh thoda side se chale!” 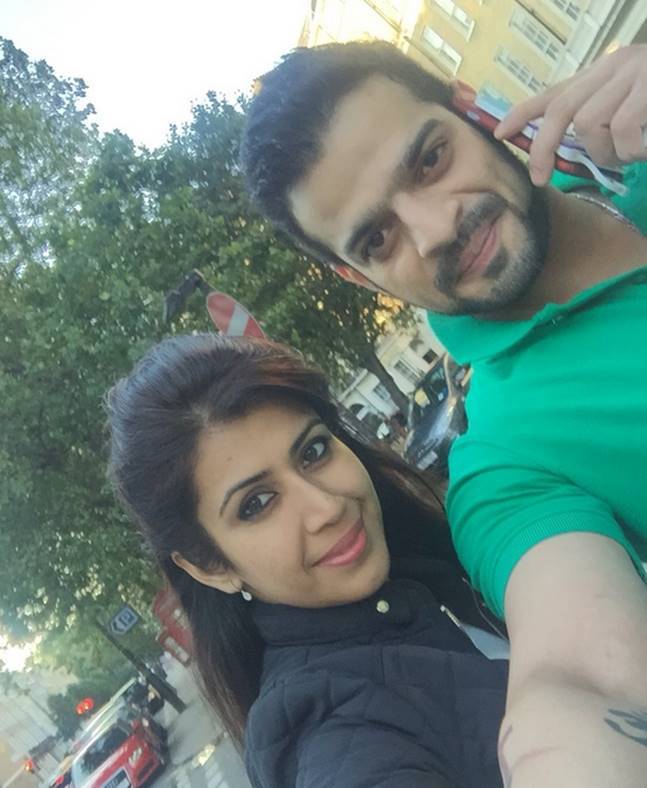 As if to reaffirm their claims came the pictures from the honeymoon to London in July 2016 – and even the staunchest cynic couldn’t have denied the sizzling chemistry between the couple in these candid pictures. But the icing on the cake was yet to come. On August 17, Karan’s open letter to Ankita on her birthday caught the headlines, and the beautifully evocative and heartfelt letter was a testimony to the enduring nature of their romance which didn’t start off as a fairytale, but turned into one by the sheer strength of their passion for each other. This is what Karan had to say in his letter to his better half:

Karan Patel’s Open Letter to Wife Ankita Bhargava Will Make You Tear Up !

To my darling wife Ankita,

The happiest birthday to the Best Wife in the world. I’ve said, ‘I love you’ a million times to you but I should have rather said, ‘I love you and THANK YOU’. Thank you for putting up with a brat like me and making my life the beautiful poetry it has become. I’ve messed up far more number of times than anyone can imagine and you’ve been very patient and kept giving me chances to work upon myself. But today, I want to say SORRY for all the hurt and pain that my doings may have caused you. I cannot even in my wildest dreams think of taking my next breath without having you as my wife. I have been amazing at making promises but miserable at keeping them. So today, in the presence of everyone reading this, I want to make a few promises, which I will keep this time. I promise I will try not to repeat the mistakes I’ve made in the past. I promise I will try and bring more smiles on your face than tears in your eyes.

I promise I will try and be the person you want me to become. And lastly, I promise I will try to be a better person, if not a better husband. It’s your birthday and you’re supposed to be getting gifts, but I think God changed the tradition and gifted YOU to ME instead. So with each passing day, I want to thank God for sending his most precious angel to me as my wife. I am sorry and I truly, deeply, madly, insanely, addictively and crazily LOVE YOU TO DEATH…! So, ANKITA KARAN PATEL (my name never sounded better) wish you a very very happy birthday my love. May you be showered upon with all that you ever wished for.

From your not-so-perfect husband,

Voila! Now, he might not be a perfect husband, but that was surely a perfect birthday gift! The perfect way to sum up this eventful saga would be to say, “Yeh Hai Mohabbatein.”

Indeed, this is love!