With a name that echoes with Telugu film royalty and a fan following that borders on cult, Allu Arjun started off in cinema fairly early on, starring a small role with a smaller Allu in Chiranjeevi’s Vijetha (1985) which went largely unnoticed, but served as a guiding post to a career that is now the a source of absolute fandom to the generations that be, whether age 10 or age 30. 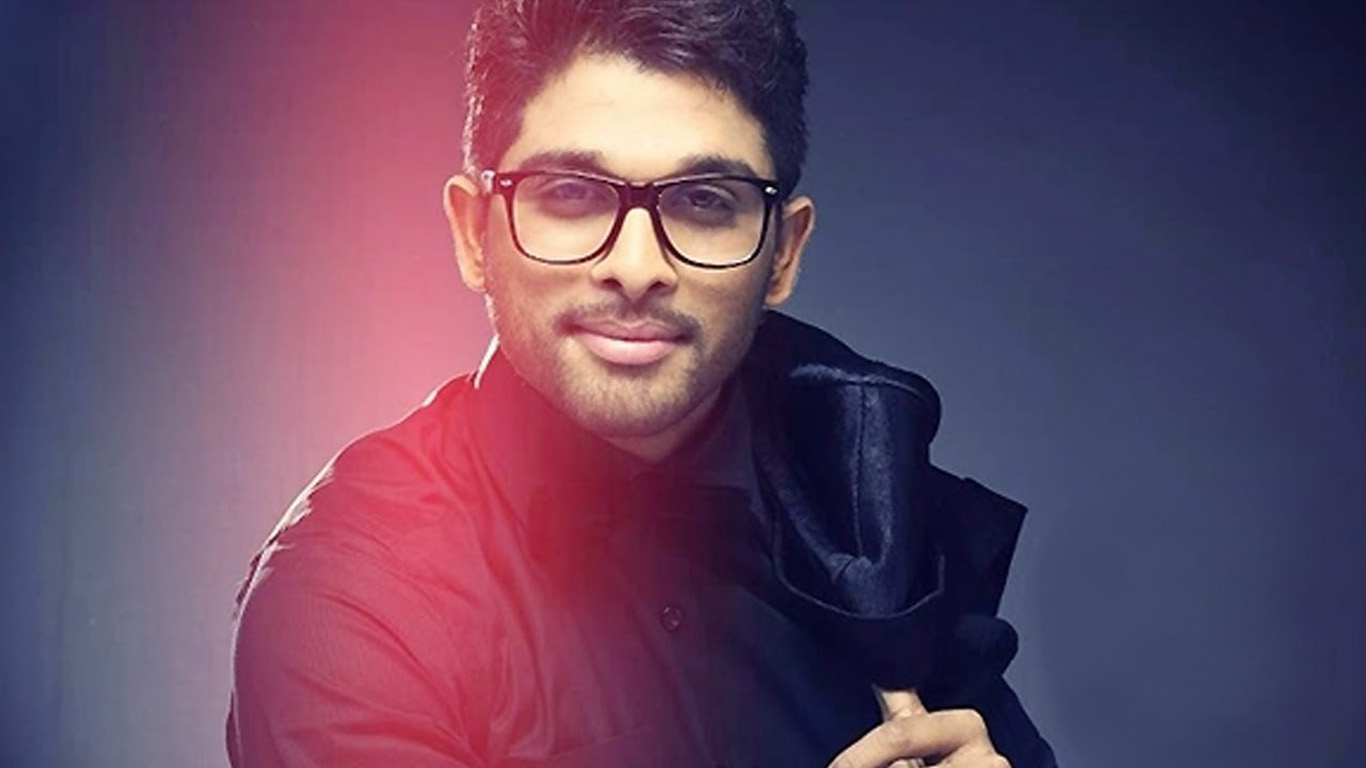 His more “official” debut in a cinematic sense was again courtesy of his uncle Chiranjeevi, with Arjun playing the role of Gopi in the film Daddy (2001). A passionate dancer whose fate didn’t align with his love for dance leaving him hospitalised due to a motor accident, the bonhomie that he shared with his Uncle on and off screen, and the charm landed him further roles and cemented his place in the young guns list.

The next on the list is a movie that even before hitting the screen had great significance. This film, Gangotri (2003), had a number of heavyweights on its rolls. The unmatched dramatic flair of Prakash Raj who slips into characters with an uncanny ease and with a speciality of playing the big bad dad, His father Allu Aravind as a producer and with cinematic legend K Raghavendra Rao sitting behind the lens with this being his 100th directorial venture. Allu Arjun, goes on to play what is stereotypically a fantasy of every average pubescent, showing the relationship between Simhadri (Arjun) and Gangotri (Prakash Raj’s Daughter) where they begin as children brought together by Simhadri’s father’s devotion to Prakash Raj and how that innocence blossoms to love and of course, is murderously frowned upon by the father who promptly intervenes and beats him within an inch of himself, to which Simhadri rises and openly defies his father’s master and in typical fashion claims Gangotri to be his. The story though in terms of originality was not exactly a path breaker but it did raise enough traction for the young Allu Arjun to be noticed. 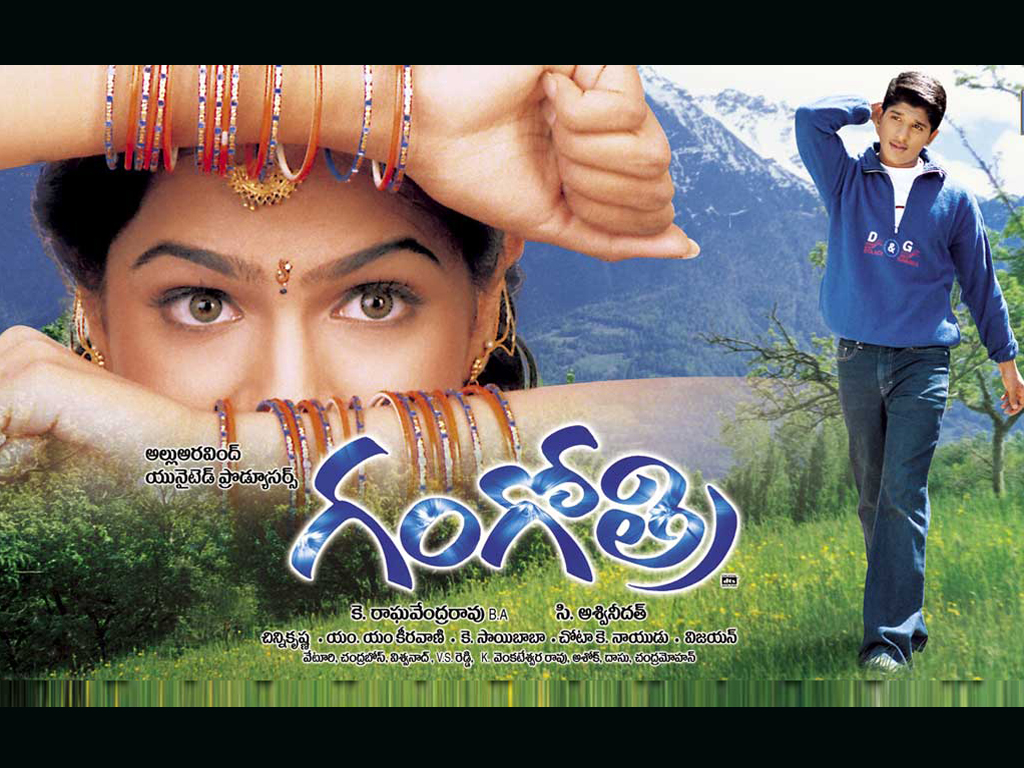 Arya (2004) was a movie that did well both at the box office as well as with remakes into multiple languages, with Allu Arjun playing the charming Arya who believes in grand gestures and the power of true love. The movie is light in spirit and shows Arya playing cupid to a girl he himself is in love with. As a guardian angel, he helps his two friends elope, avoiding the groom’s father’s henchmen and a thrashing here and there, constantly proving that true love means sometimes letting go. However, as fate would have it, Geeta (Arya’s lady love) realises that her current lover is nothing more than a manipulator who uses her as a showpiece for his own gratification. She rushes from the wedding in the end to a waiting Arya’s arms – a happy ending overall. This won Director Sukumar awards across the board for Best Director and earned Allu Arjun Best Actor nomination. 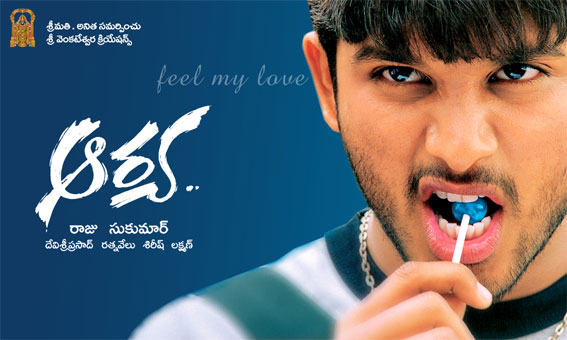 Bunny (2005) gave Arjun his nickname that stuck to even his next venture, Happy (2006), with both movies involving Bunny playing a college goer in one and a pizza boy in the latter, but Bunny (2005) had Prakash Raj playing the monster father once more and Arjun the hopeless romantic, and in Happy (2006), Bunny is married off to a clan head’s daughter in a bizzare twist of fate and over the course of the movie realises that he’s fallen in love with a woman, his wife. Happy performed better than Bunny both critically as well as at the box office largely due to the sizzling chemistry between Genelia D’Souza and Arjun. 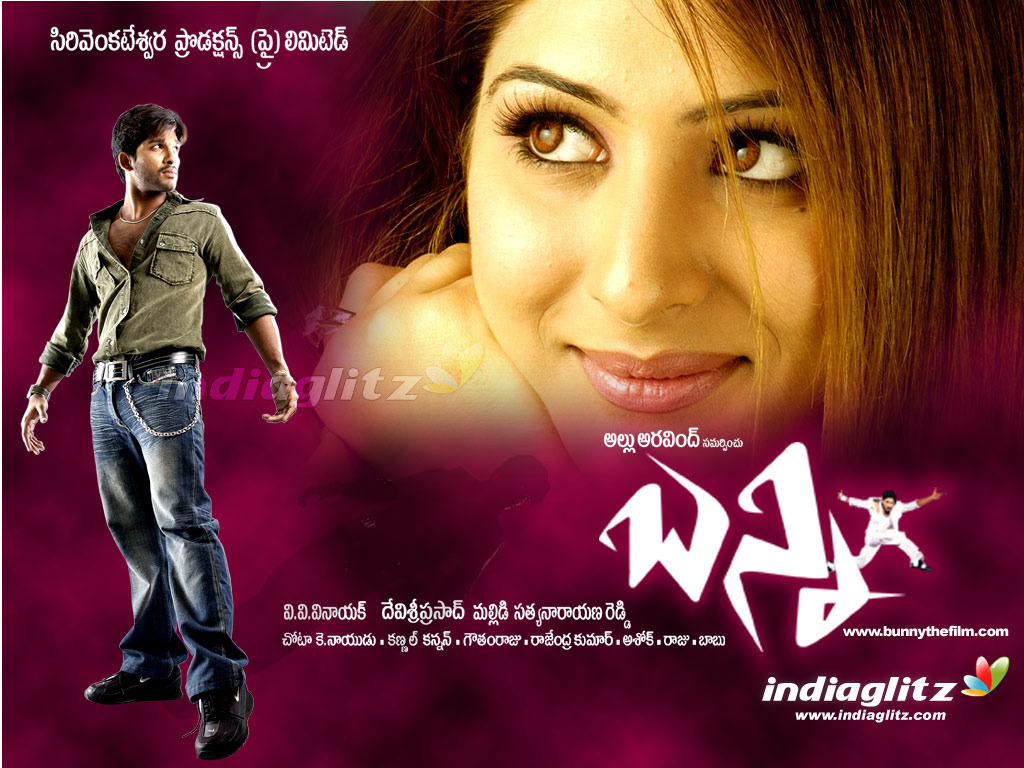 Desamuduru (2007) saw a transformed Arjun in terms of physique and character, from the boy next door to the 6 pack hunk. Arjun playing the no-nonsense hard hitting reporter takes on more than he can chew when he confronts a local goon. The clipped crisp dialogues and a setting of Manali thrown in made this a movie that was appreciated all the way through.

Going back to his youthful bubbly nature, Parugu (2008) brought back the Arjun of before. In the film, he is part of a friends group that is charged with helping a headman’s daughter elope, and Arjun promptly falls in love with the headman’s second daughter who, at first, lives in the fear of love itself thanks to her father. However, wooed by Arjun’s heroism in saving her from molestation and charmed by his loyalty, she gives in to her heart. This film also tasted success as it paved the way for remakes in 4 more languages, Heropanti (2014) being the most recent. 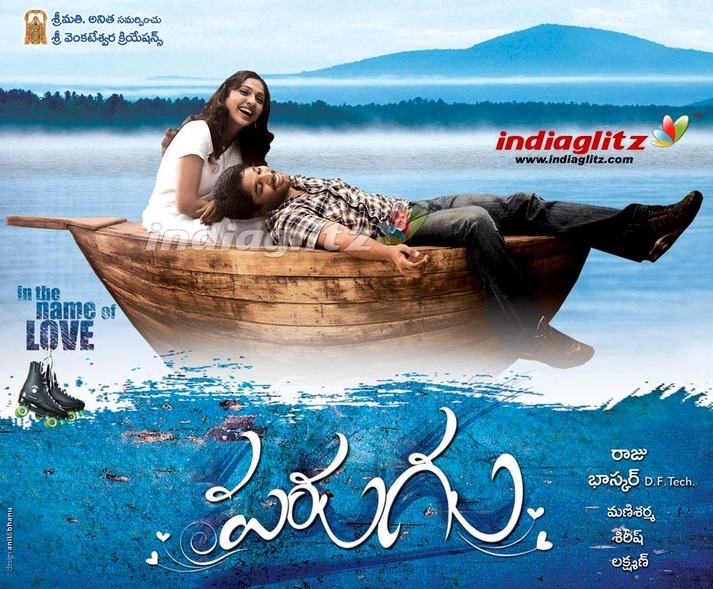 Arjun reprises his character in only namesake in Arya 2 (2009). Arjun portrays an orphan who grows up to be a drunk and a cheat, but over the course of time reforms himself and is now a model citizen. The only problem is that both him and his orphan buddy and boss, share love for the same woman. With the now reformed Arya gaining momentum with the girl, his buddy fabricates situations where Arya is shown in negative light. But with the lady love, Geeta’s father out for blood, a knife makes its way towards Arya’s friend but he stops it and saves his buddy. With this show of loyalty Arya wins both the hearts of Geetha as well as the audiences. 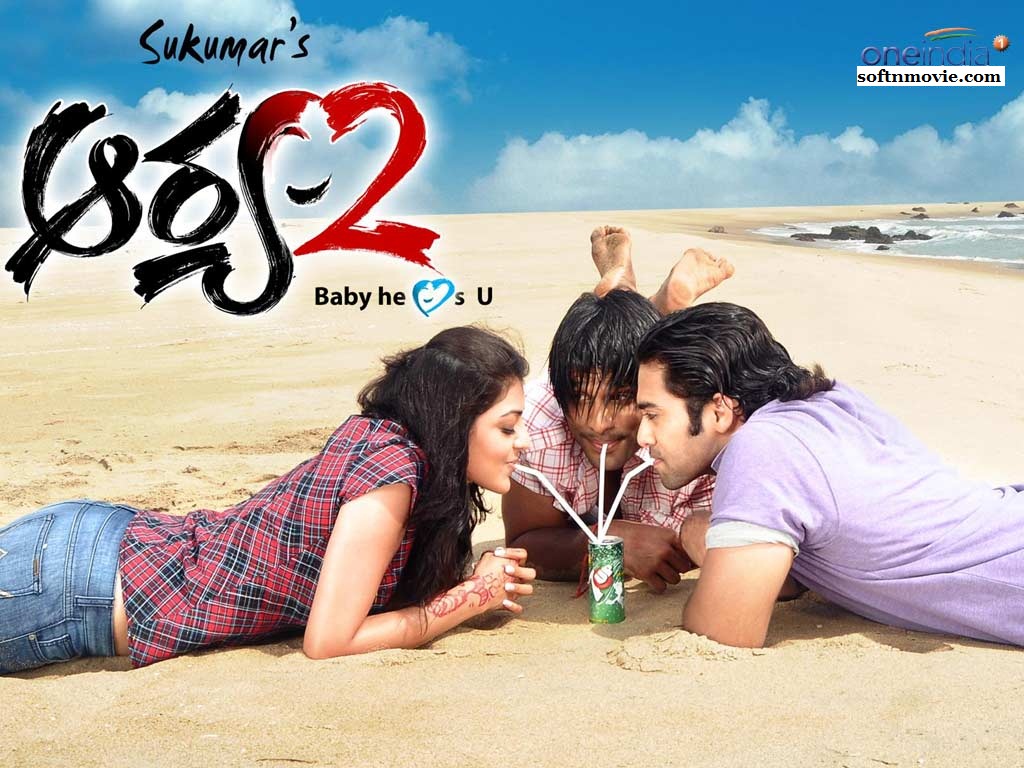 Varudu (2010) hands down was shot to the earth by both critics and audiences alike for its senseless plot and terribly clichéd dialogues that try to balance Mama’s boy and action hero, but the film is saved by Arjun’s newly honed Physique. 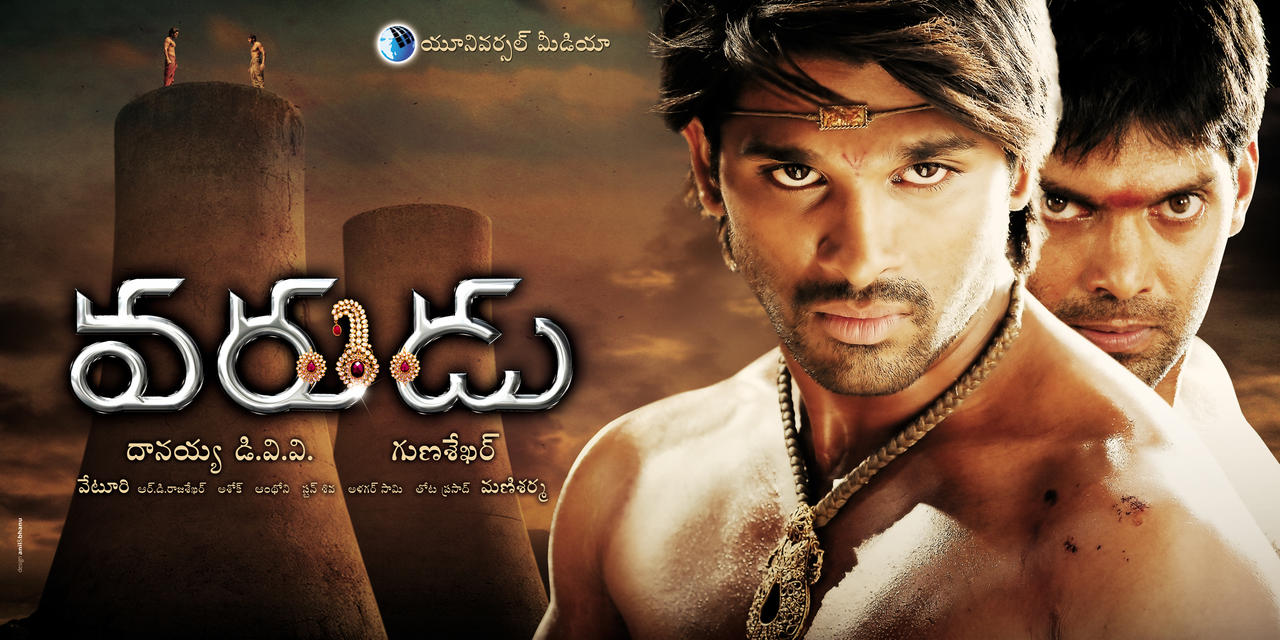 Vedam (2010) with its stellar performance managed to erase all the bad press regarding Arjun. In a story that interweaves the life of a cable man, a prostitute, a rock star, a weaver and a Muslim man, Arjun plays a character with complex emotional shades with ease and class. Awards in all categories across the board for the year flocked in and critical acclaim was showered on Arjun. 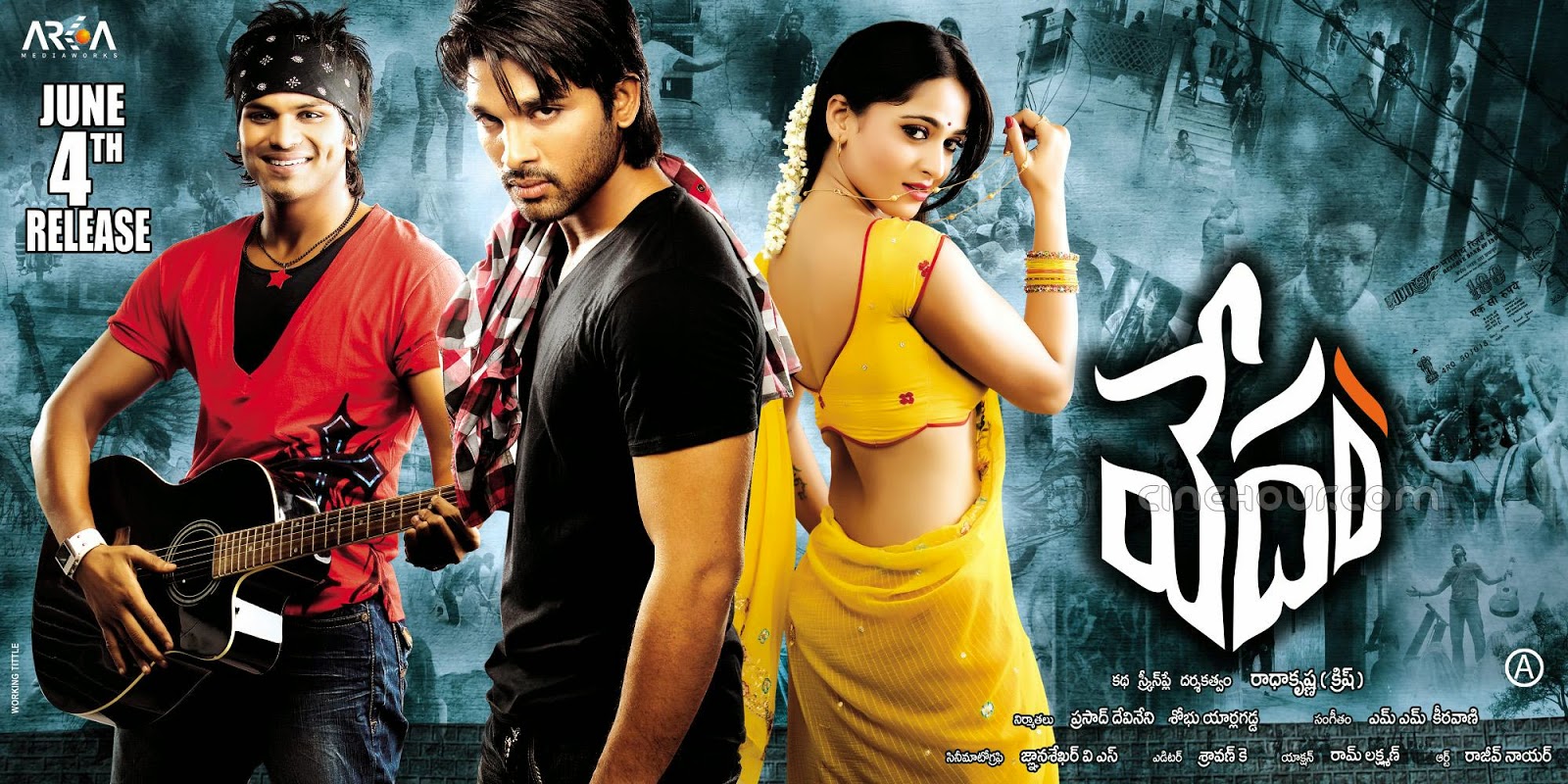 Julayi (2012) was a breath of fresh air, chronicling Arjun thwarting the plans of a conman (played by Sonu Sood) and the consequent backlash that follows. During all of this Illeana D’Cruz makes an appearance as his love interest and has Arjun’s character in circles thanks to her beauty and allure. 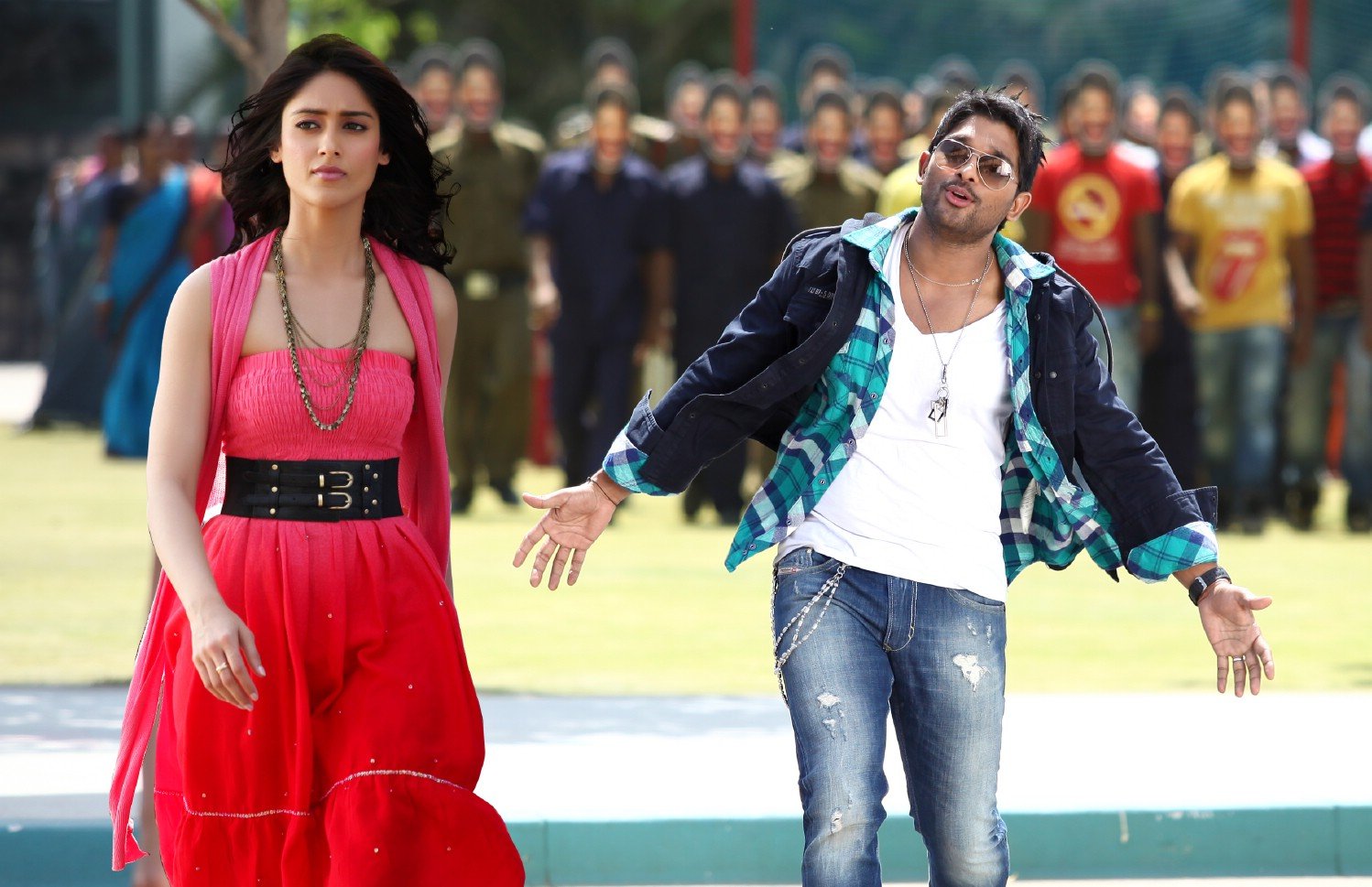 Iddarammayilatho (2013) is a typical wham bam boom, action style flick that relies greatly on the glamour quotient of its heroines, Amala Paul and Catherine Tresa. Arjun goes back to the stereotype of a tormented young man whose past is faster to reach him than his future. The flashback sequences though well shot, deliver the required impact to keep the viewer engaged and that’s about all it has to offer. 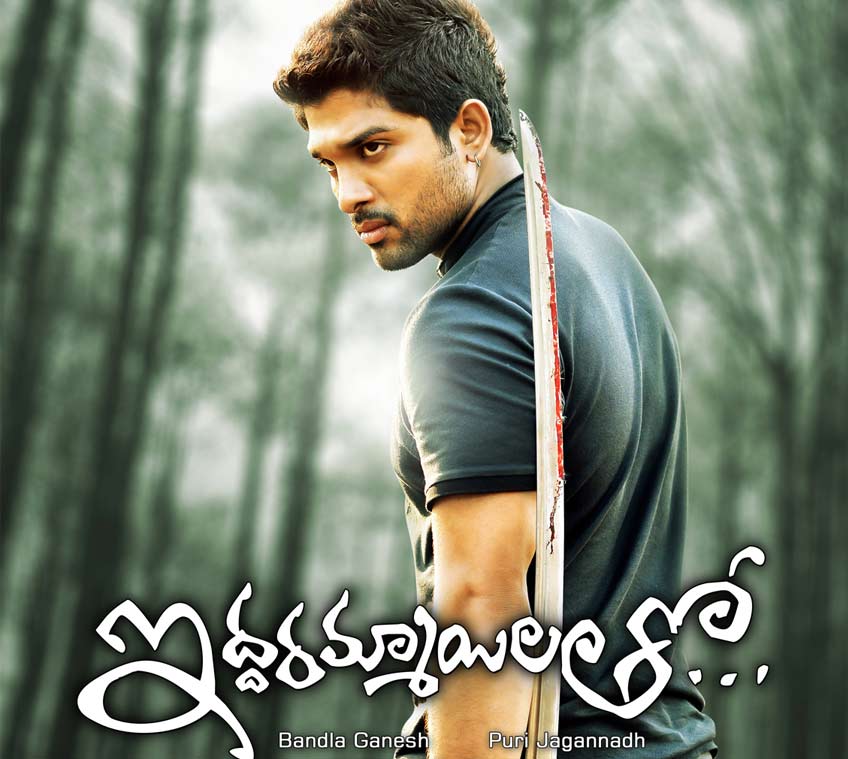 Yevadu (2014) caught the attention of the public for two reasons – a fairly new concept of face transplantation and a hot pink bikini shot by Amy Jackson that packed half the theatres to the brim. With Arjun playing a hardened brutal man on a path of revenge, finds himself facing two enemies thanks to a new face given to him by his doctors. The film follows a few fist heavy sequences that give it the grunt that is now expected of Arjun’s brand of cinema. 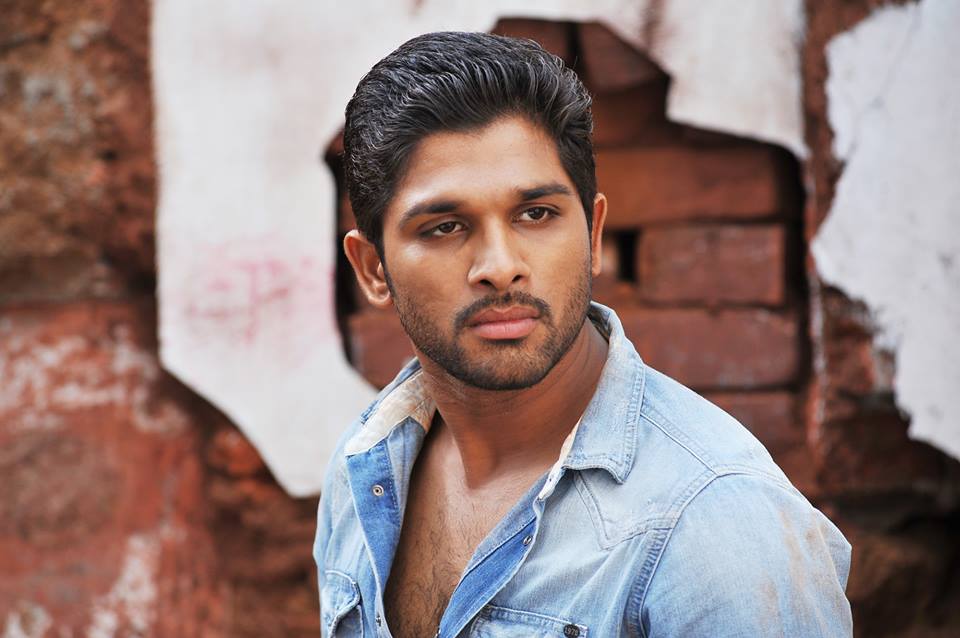 When Race Gurram (2014) hit screens, Allu fans rejoiced seeing their “Stylish Star” do what he does best: Deliver killer dialogues, execute rib-tickling comedy, ride some amazing motorcycles and get the girl! Race Gurram scored very high due to an exceptional soundtrack. This movie was a peak for Arjun, in terms of sheer numbers and fan following with almost every young Telugu fan having a stickered Enfieled paying homage. A feat only managed by his uncle Chiranjeevi earlier. 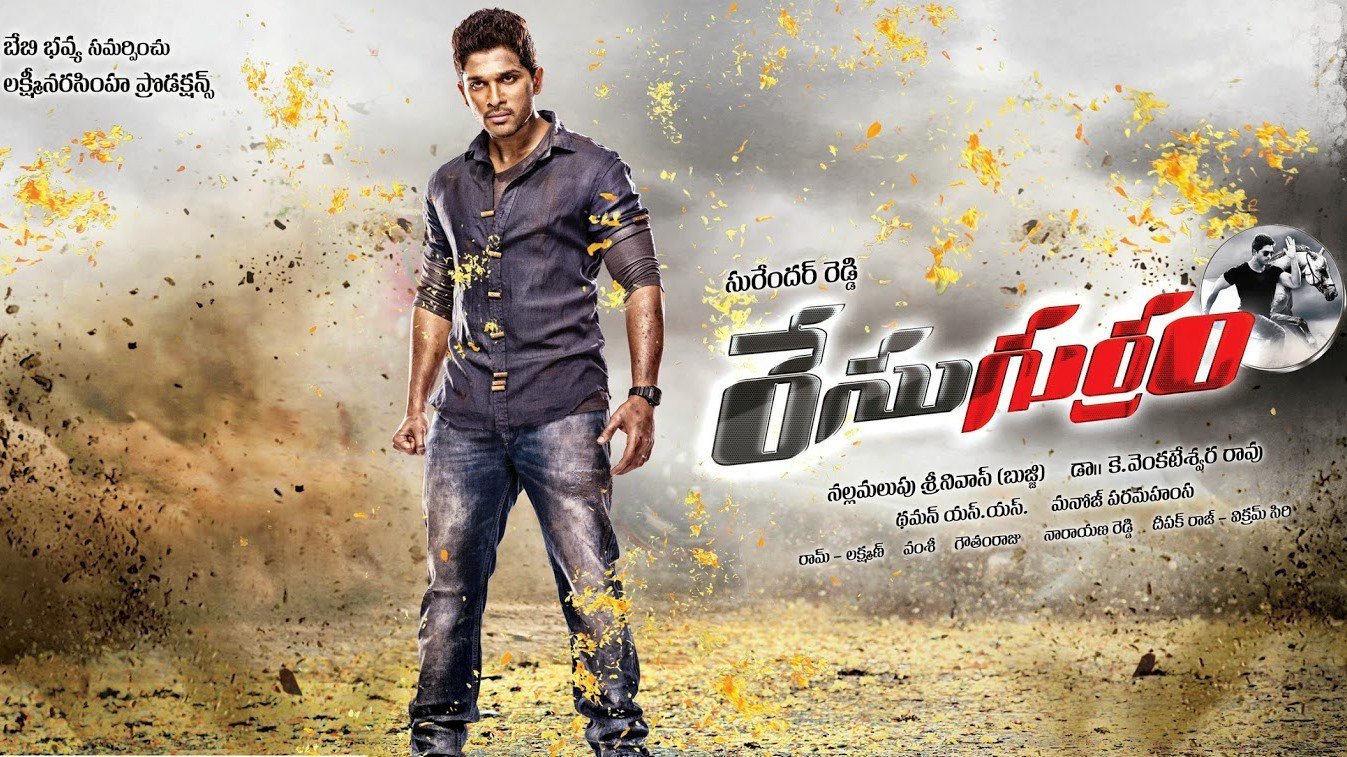 With a story that brings a swell of pride to every father, S/O Satyamurthy (2015) showcases the effect. The dynamite duo of Prakash Raj and Upendra, and their very appearance garnered whistles that echoed across cinema halls. The film shows how, despite an option to the contrary, money isn’t the go to option for a son when his father’s image is on the line. 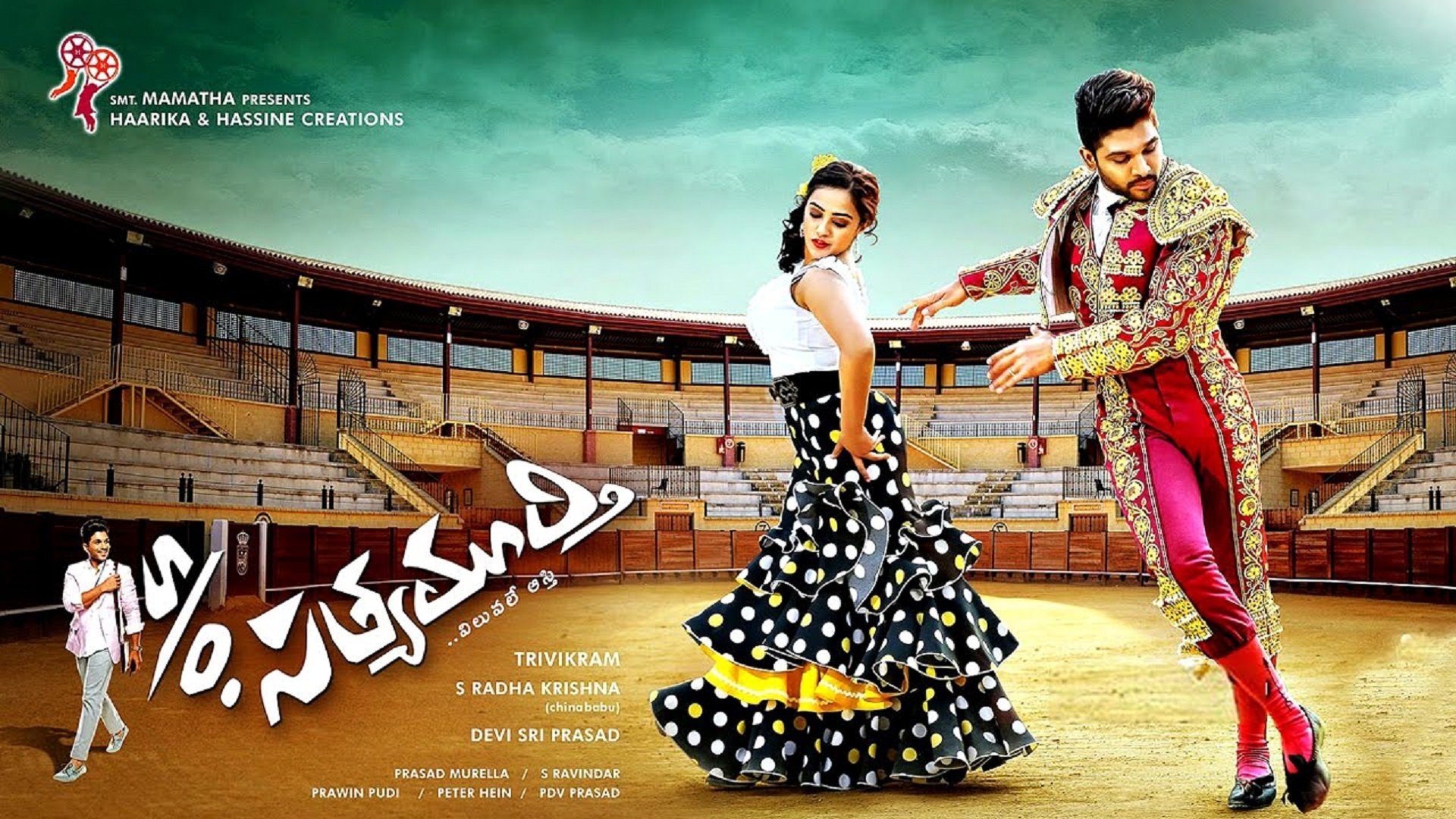 Foregoing his stylish suits for a suit of armour and playing a mighty horseman who’s very footsteps inspire awe, Rudhramadevi (2015) saw Arjun giving up the spotlight and playing a pivotal and unforgettable role with a menace and panache that left the audience wondering if this was the same dimple-chinned college boy who won their hearts all those years ago. He pulls of the fight sequences seamlessly and effortlessly get into the craft of playing such a character. 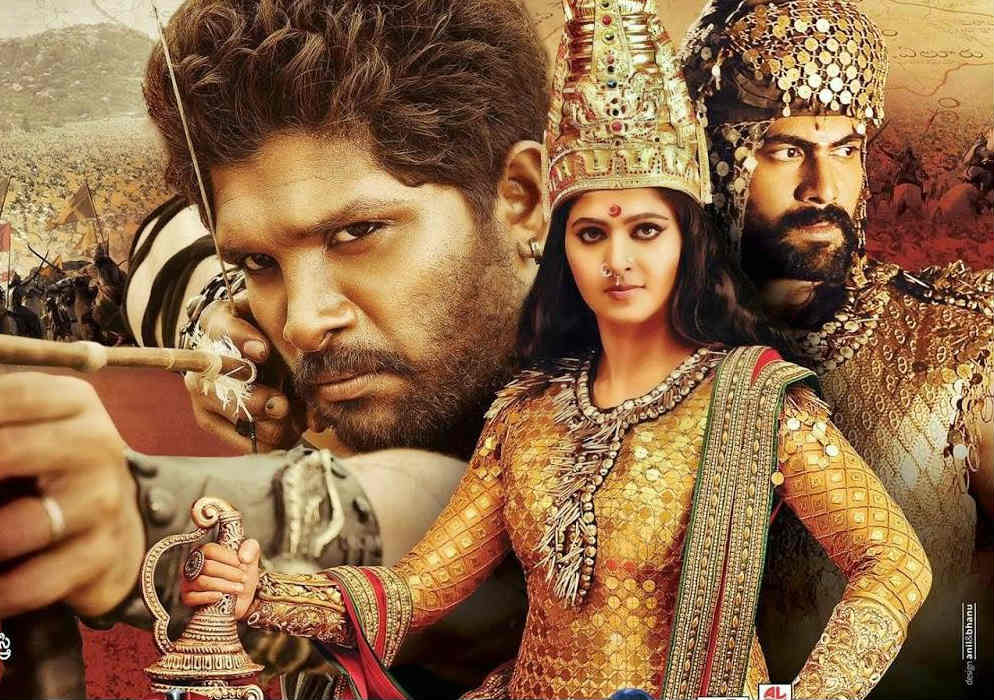 Sarrainodu (2016) only gets a mention for the fact that it hit screens. It is very rare that even the most ardent fans gave the movie a miss. A poor story-line, dialogue and screenplay sunk the movie the minute it started and no amount of 6 packs could help it.

Allu Arjun has had a varied career spanning over a decade and a half, most of which has now left him a seasoned and well rounded artiste. Whether or not he chooses to do “mass” movies or go off the beaten track a little, one statement remains an almost unshakable constant – You can’t help but giving him a watch. 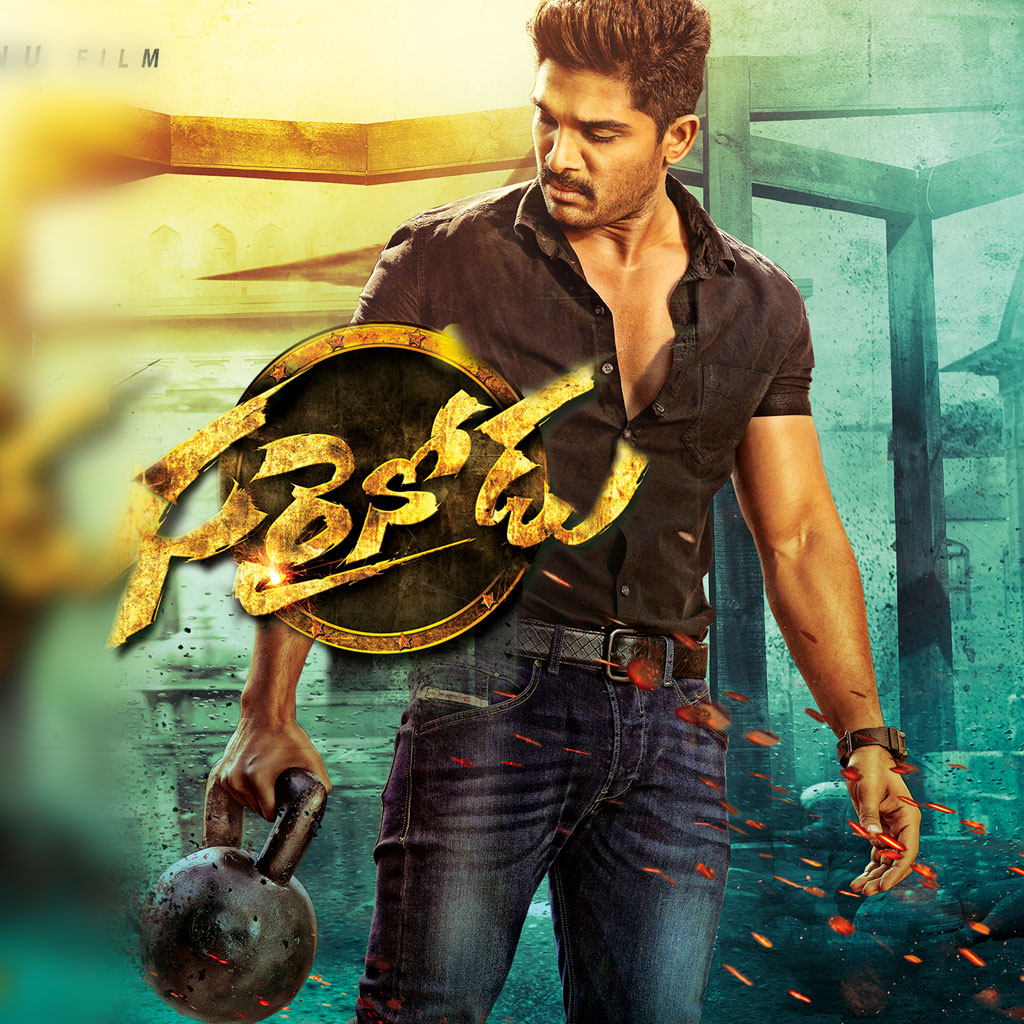