The fame of the historic city of Mysore, situated in the state of Karnataka, is not restricted to southern India alone.  People from all over India flock this town in large numbers. Apart from the palaces of the Mysore maharaja and ancient shrines, there’s another reason why this place is a history lover’s delight – Tipu Sultan.

Tipu, who governed Mysore and the surrounding regions of the Western Ghats, fought tooth and nail against the British rulers to help his state attain freedom. His heroics are immensely praised even till date. However, there’s more to the ruler than just being a gutsy fighter who gave the British nightmares. Some of them might take you by surprise (or shock, rather). Although a television series about the warrior had been aired in the past, many Indian television viewers also claim that many startling facts about the king’s life weren’t revealed by this renowned series.

Several books such as the ‘Malabar Manual’ and ‘Voyage To East Indies’, have spoken about the shocking side of Tipu Sultan in length. 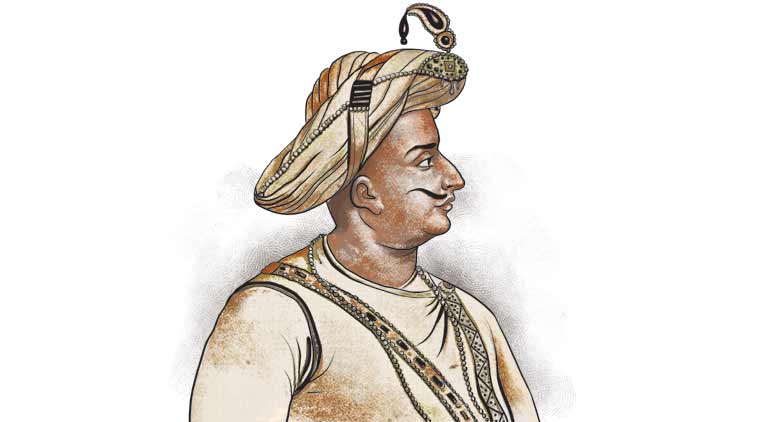 Contrary to popular belief that Tipu Sultan was the pride of his subjects, many people opine that the king was actually a tyrant. He had apparently forced scores of people belonging to Hindu and Christian faiths to embrace Islam.

One such inhuman incident was the capture of several Hindus from the town of Coorg, a picturesque hill station located near Mysore. These individuals were detained at a fort in the Srirangapattinam area of Mysore and were forced to embrace Islam. Obviously, a denial to do so would have led to dire consequences. However, an attack by the British forces helped these prisoners flee.

There have also been numerous beliefs of Sultan butchering members of the Hindu Brahmin community. A source recently revealed that those who refused to convert to Islam were threatened with the heads of slain Brahmins. These Brahmins were apparently told that they too would face the same consequences if they didn’t pay heed to Sultan’s orders.

Explore The History Of Mysore That Tells All About The South Indian Kingdom!

Surprisingly, many residents of the Malabar, Coorg and Mysore regions approached the British to save them from the wrath of the ruler. One of the examples cited by history books to prove this claim is the ‘Anglo-Mysore war’, during which the Indians supported the British in their fight against Tipu Sultan.

During recent times, many historians have dismissed these allegations surrounding Tipu Sultan. They opine that the episodes of brutality carried out by Sultan are false and were apparently propagated by books penned by several British authors, who detested the King’s approach. 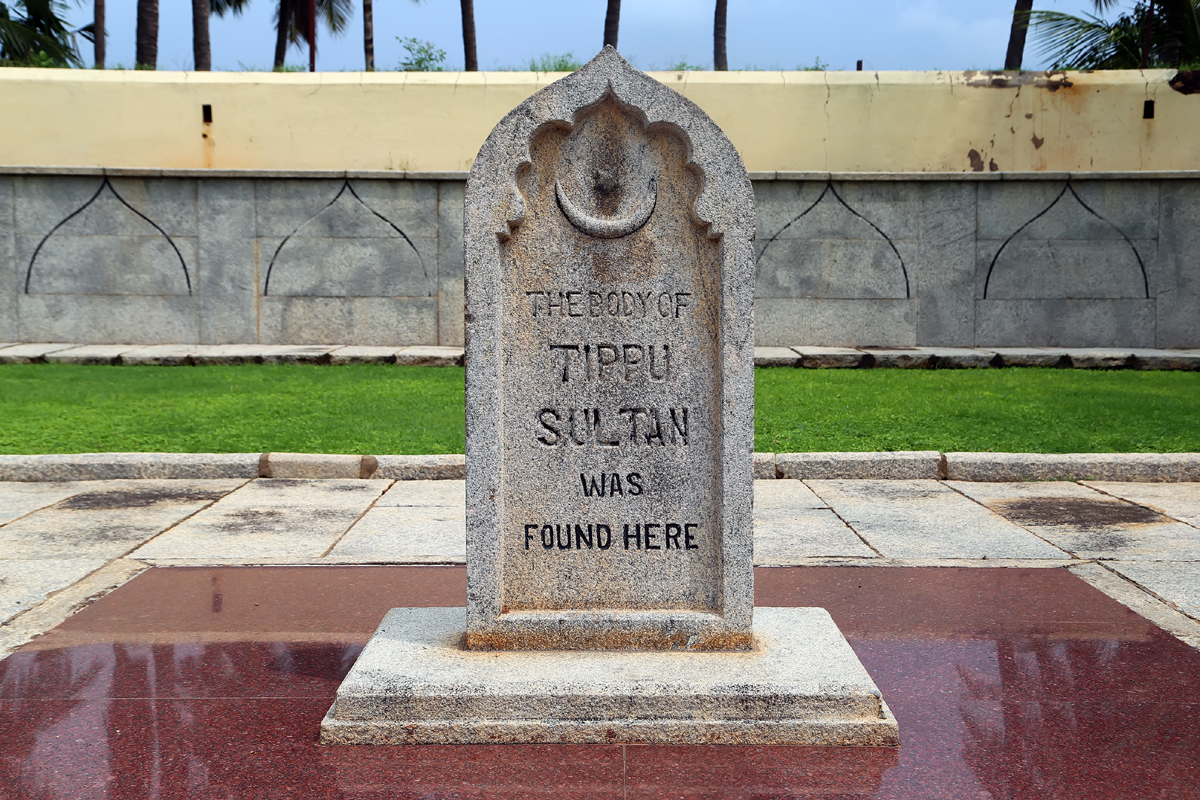 It is said that the ruler left no stone unturned to ensure that Hinduism is wiped out to the greatest possible extent. Several temples in the Malabar region of Kerala, precisely situated near the towns of Taliparamba and Tellicherry were destroyed as a result of Tipu’s Anti-Hindu ideology.

Apparently, the ruler was proud of the atrocities that he had subjected Hindus to. Several years after his death, letters penned by the ruler were discovered which revealed startling truths about the king, who has been immensely glorified over the years as a great freedom fighter.

These writings revealed that the ruler was proud of having managed to convert thousands of people to Islam.

In his message to Budruz Zuman Khan, the governor of Bekal, back in 1790, Tipu says, “Don’t you know I have achieved a great victory recently in Malabar and over four lakh Hindus were converted to Islam? I am determined to march against that cursed Raman Nair (Rajah of Travancore) very soon. Since I am overjoyed at the prospect of converting him and his subjects to Islam, I have happily abandoned the idea of going back to Srirangapatanam now.”

Another popular belief is that the ruler had carried out the mass murder of approximately a thousand Brahmins of the Iyengar sect, who resided in the Melkote region of Mysore. The massacre had apparently taken place during the auspicious occasion of Diwali.

Even till date, many members of the Melkote Iyengar community don’t celebrate the famous Hindu festival Diwali and the massacre is believed to be the reason behind such a decision.

The Names Of The Places That We Know Today

Here’s another allegation against the Sultan, which has been doing the rounds for several years now.

Mangalore, Mysore, Ooty and Kozhikode – do these names sound familiar? At least most of you residing in India would have definitely heard these names, even if you haven’t visited them. Well, during Tipu Sultan’s regime, the names of these cities and several other places were changed, claim a few. While Mangalore was rechristened Jalalabad, the state of Mysore and Kozhikode became Nazarabad and Islamabad respectively. The other places which were rechristened during Tipu’s period were Dindigul (Khaliqabad), Dharwad (Quarshed-Sawad), Cannanore (Kusanabad) and Ratnagiri (Mustafabad). However, after the end of Sultan’s era, the original names were reverted.

The languages used for communication in official documents were Kannada and Marathi, in Mysore and other regions which fell under Tipu’s territory. However, after the king possessed the throne, the official language was changed to Farsi (Persian).

His (Pseudo) Love For Hinduism

Confused? Since we mentioned earlier that he hated Hindus? Contradictory to his hatred towards Hindus and members of the Brahmin community in particular, Tipu shared a good rapport with a few Brahmin astrologers. Like most Indian kings of the time, Sultan too was quite concerned about his political future and apparently harbored the ambition of becoming the nation’s supreme leader. His curiosity to know about the future provoked the king to consult a few Hindu astrologers.

Apparently these astrologers had suggested that if the king of Mysore performed a few rituals, his dream would come true. In this regard, the king also visited the temple of Sri Ranganatha, situated near Mysore, quite often.

Many researchers claim that the king visiting the shrine with a career motive has been misunderstood as his love and respect for other religions as well.

Another interesting fact that has come to light is that Tipu was gifted a ring which read ‘Ram’. It still remains a mystery as to why the King possessed this ring despite his strong hatred towards Hinduism.

Many of us are of the opinion that the obsolete style of warfare adopted by Indian kings led to their downfall, but Tipu was way ahead of his age.

Even back in the 18th century, Tipu used a war weapon, which later came to be famously known as ‘Mysorean Rockets’. These rockets were made of Iron and were quite effective in the battles against the British regime. Thus, such methods posed a big threat to the British regime and soon Tipu Sultan turned one of their worst nightmares. Even his father, the great warrior Hyder Ali, used this weapon extensively in times of war.

The use of this unique war weapon by Tipu’s army was an eye-opener for the British. Soon, they realized that a similar weapon had to be developed. 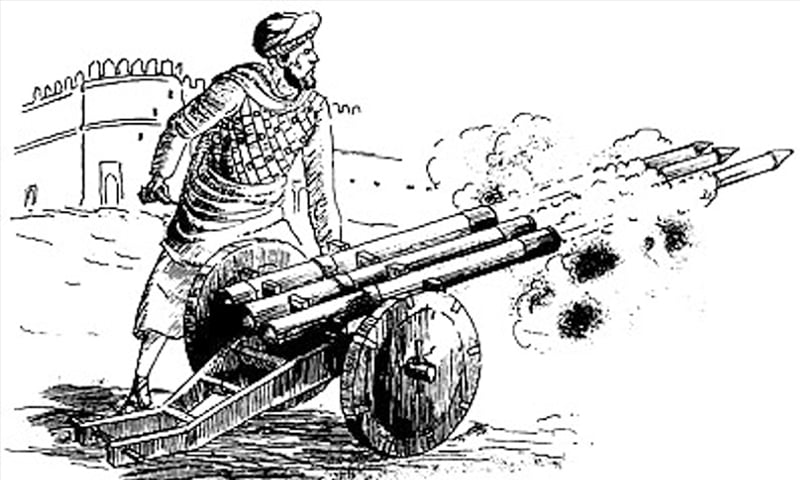 Apart from his tyranny, Sultan was also known for his love towards gardening. Apparently, Tipu used to procure many seeds and fertilizers from his guests from foreign land for the same. The picturesque ‘Lalbagh Botanical Garden’, situated in the city of Bengaluru in India, flocked by thousands of visitors every year, was apparently a brainchild of Tipu Sultan. 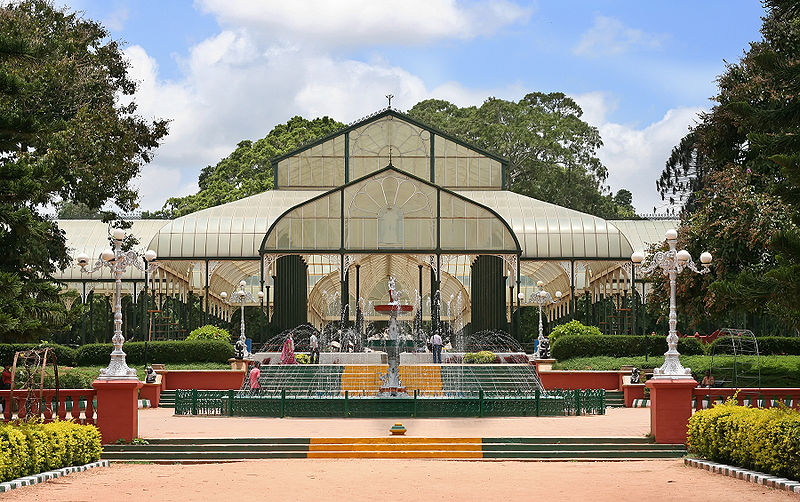