Soccer has undoubtedly been one of the world’s most favorite sports and international games have also earned high viewership over the years. Several players who represent the various soccer teams have also earned the status of demigods for their prowess at the game. The popularity of these players has even prompted leading football clubs to offer them hefty amounts for their services. The amount thus paid as salary to these athletes has catapulted them to the status of millionaires. Apart from their game contracts various leading brands from around the world have been knocking at the doors of these players to promote their products. Endorsement contracts also help these soccer stars a great deal in minting millions and acquire properties as well as swanky automobiles. Thus, many such soccer players have been in the news for their wealth, apart from just their skills at the sport. Here is a compilation of 10 of the richest and highest paid soccer players of 2015-2016, a few names on this list might leave you zapped. These men are a standing proof to the fact that great talent can make one go places.

1. Lionel Messi
He is the poster boy of world soccer, a man who captured the hearts of scores of people around the world, passionate about the game. His prowess at Soccer has made him the strength of his country, Argentina’s national team as well as the Spanish Football club, ‘Barcelona’. Now, that Messi is hailed for his soccer skills and is one of the most sought after players in the world, it’s quite obvious that the man is also paid high remunerations. According to various sources, the current net worth of the player is estimated to be around 146 Million Euros. As per his agreement with the club ‘Barcelona’, the soccer star would be paid 20 Million Euros on an annual basis and would stick to the franchise till 2019. Messi also endorses various brands and earns quite a fortune through his advertising ventures as well. 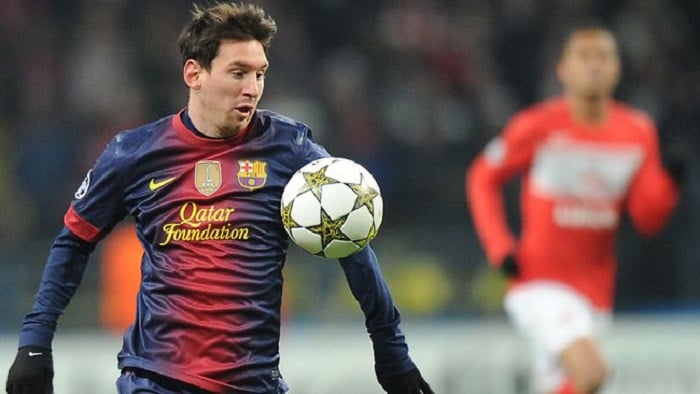 2. Cristiano Ronaldo
Over the years, Cristiano has emerged as one of the greatest icons of Soccer and has been the role model of many budding players of the sport. Ronaldo has garnered a whopping 148 Million Euros in his glorious career spanning several years. Apart from representing his national team Portugal, Ronaldo is one of the biggest guns of the ‘Real Madrid Footballl Club’ and the franchise pays him around 17 to 18 Million Euros every year. It is believed that the player would receive this annual salary till 2018, when the contract with ‘Real Madrid’ terminates. Like his contemporary, Lionel Messi, Ronaldo too is the face of many leading brands such as ‘Nike’, ‘KFC’, ‘Armani’ and ‘Castrol Edge’ and earns a hefty amount through his collaborations with them. 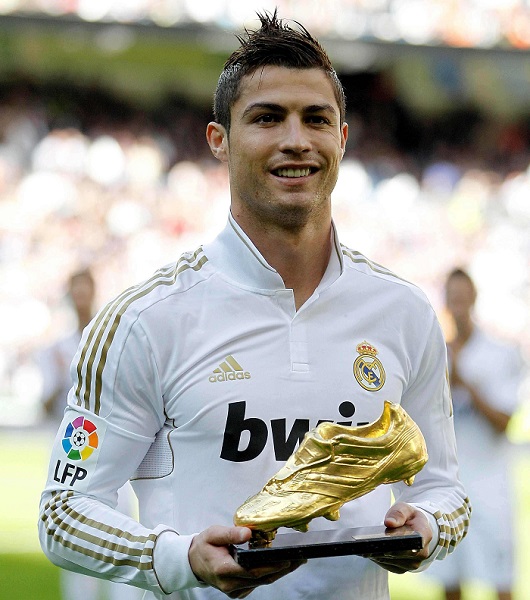 3. Zlatan Ibrahimovic
The Swedish player, who has been gaining accolades for his performance during inter-club matches, and his contributions towards Sweden’s national team, is also one of the costliest soccer stars on the block. As of 2015, Zlatan has earned a fortune of approximately 69 Million Euros through his sport career alone. Apart from Soccer, leading sports brands like ‘Nike’ has been awarding Zlatan thick pay package which range from 3 to 3.2 Million Euros every year. Ibrahamovic has also been in the news for his impressive fleet of cars. His exquisite collection includes a ‘Porsche Cayenne Turbo’ and ‘Volvo C30 TS’. 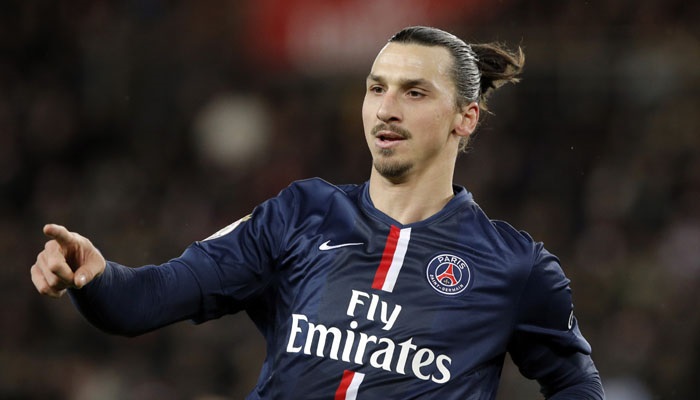 4. Wayne Rooney
The legendary Wayne Rooney has been one of the prominent faces of the English national soccer team, as well as the ‘Manchester United’ football club for over a decade now. Rooney is yet another sportsman whose thick pay packets have catapulted him to the status of one of the wealthiest players in the world. After a short stint with the club ‘Everton’, Rooney moved to ‘Manchester United’, a club which has a huge role in him garnering 84 Million Euros as his current net worth. Believe it or not, Rooney also signed a contract recently, as per which he would receive 365,000 Euros as his weekly salary. 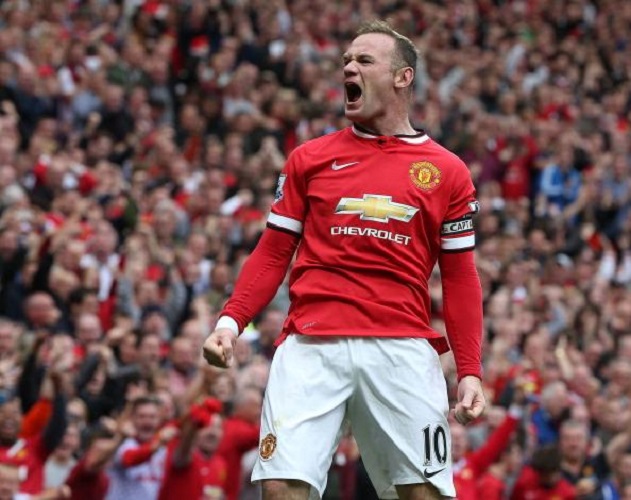 5. Radamel Falcao
The 5 feet 10 inch tall Columbian skippers has also got the ‘Chelsea F.C’ fans raving about him for proving his mettle time and again as the squad’s striker. Falcao has apparently earned around $25 to $26 Million in 2015. For his association with many major brands like ‘Puma’, ‘Gillette’ as well as ‘Samsung’, he earned approximately $3 Million this year. Thus, 2015 has been a financially fruitful year for Radamel. 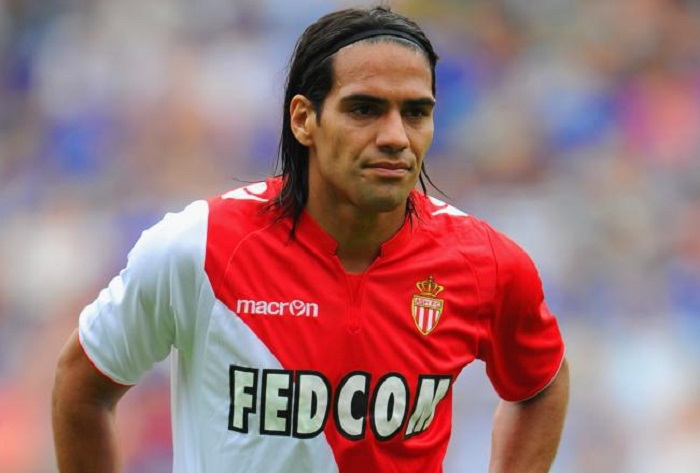 6. Neymar Jr.
Touted as the backbone of the Brazilian national squad, this 23-year-old has taken the soccer world by storm with his incredible skills. In a short career, Neymar has managed to earn (hold your breath) a staggering 80 Million Euros. The ‘Barcelona F.C’, a club he represents, pays Neymar approximately 8.8 Million Euros. His current popularity has helped him bag the honor of being the brand ambassador of several companies like ‘Panasonic’ and ‘Red Bull’. Neymar owns several luxurious properties in Sao Paulo and several incredible cars, such as the ‘Audi R8’. 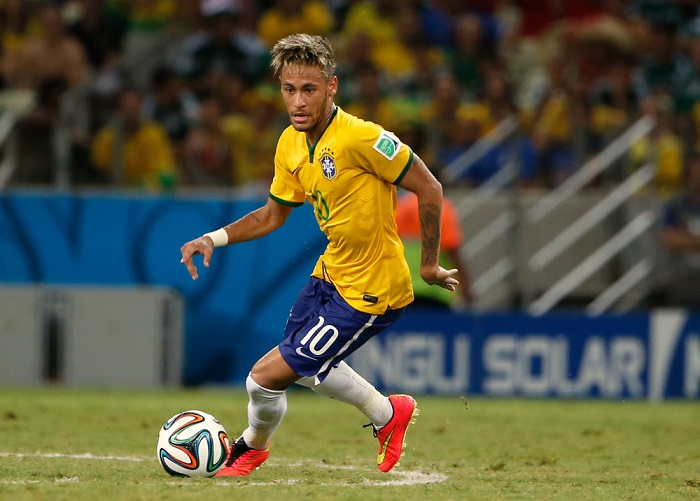 7. Gareth Bale
Gareth Bale is the pride of Wales who has represented his country at several international competitions. Often hailed as the ‘specialist’ of free kick, Bale is also renowned for being a player of the esteemed ‘Real Madrid F.C’ squad. It was reported that this eminent soccer star was paid a whopping 91 Million Euros while joining the esteemed team, which is said to be one of the record breaking transfer fees paid to a player. According to the ‘Forbes’ magazine, Gareth has earned more than 20 Million Euros in 2015 through his annual fees and prize rewards alone. Apart from Soccer, his association with various brands has contributed another 8 Million Euros to his annual revenue. 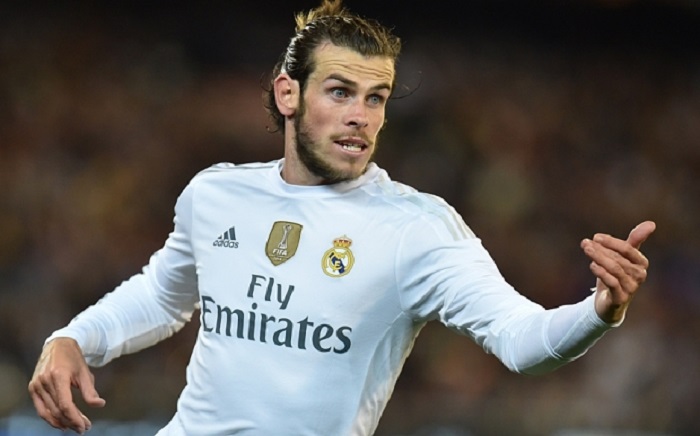 8. Luis Suarez
Many football fans are of the opinion that Luis Suarez is not just a name, he is a phenomenon. Suarez, who represents the famous ‘Barcelona F.C’, is a rage amongst soccer fans around the globe. A source revealed that as of 2015, the player has been receiving 200,000 Pounds on a weekly basis from the club and this payment pattern would continue till 2019 when the his contract with the franchise terminates. 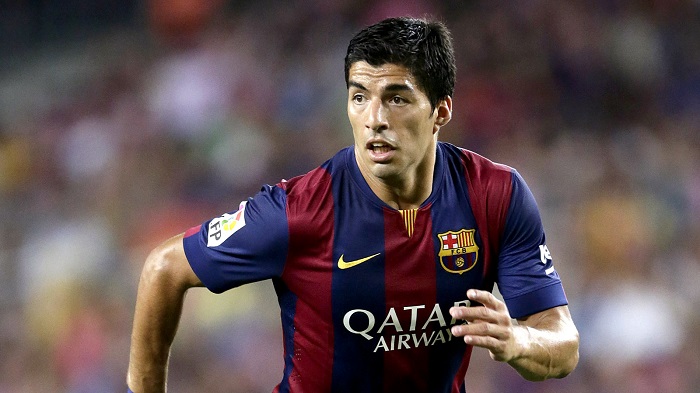 9. Sergio Aguero
Argentinian Sergio Aguero, who is the current striker of the eminent ‘Manchester City Football Club’, has also piled up great wealth through his soccer earnings. Aguero, who made a mark in international soccer as a teen has earned around 58 Million Euros, as of 2015. According to sources the player has earned $21 Million in 2015 alone, which includes his annual fees as well as endorsement deals. 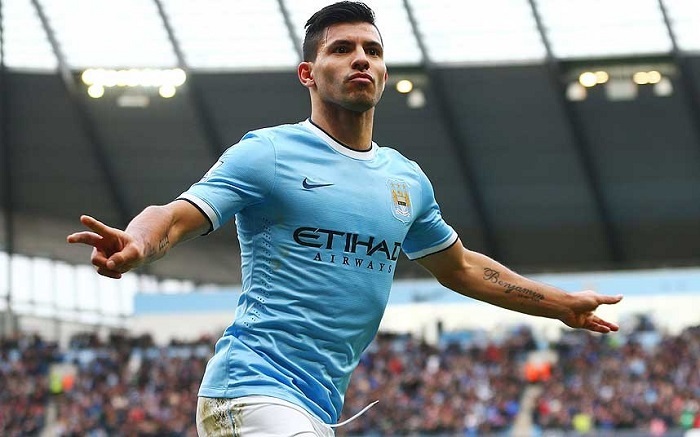 10. Yaya Toure
The year 2015 has added $19 to $21 Million to Toure’s net worth, of which a huge chunk came from his fees alone. The ‘Manchester City’ player through his association with ‘Puma’ has earned approximately $2 Million this year. The net worth of this immensely talented player is estimated to be around $70 Million, as of 2015. 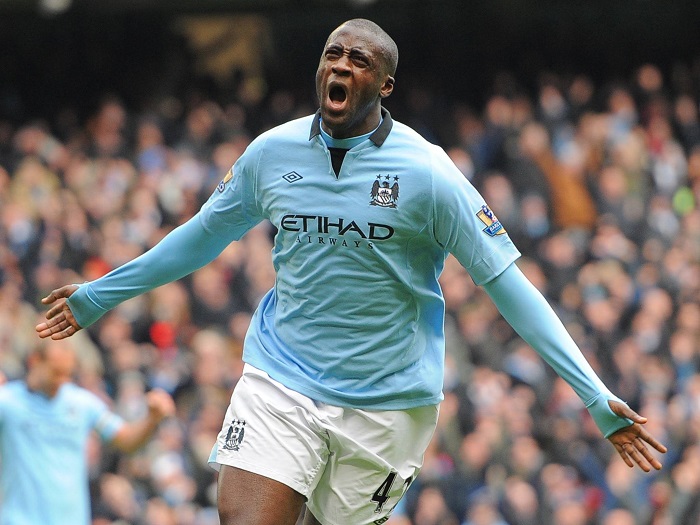 Photo Credit http://www.geocaching.com/geocache/GC5E144_yaya-toure
So which soccer player’s lifestyle fascinates you the most? Please do let us know.

Stumble
Apart from Cristiano Ronaldo & Messi, who else do you think makes this elite list?