There was a lot of buzz when Shahid announced that he was getting married to Mira Rajput. One of the most eligible bachelors of the tinsel town broke million hearts when he kept his promise of not marrying a girl from the industry and instead chose Mira to be his soul mate. While this news was doing rounds, few wondered, “how come he is marrying just a girl next door” and few sighed and wished to be in the lucky girl’s shoes.

Apart from his movies, Shahid had also grabbed limelight for his affairs with Kareena Kapoor, Priyanka Chopra and a link up with Vidya Balan and Sonakshi Sinha raised many eyebrows when he finally decided to make his paradise with a non-celebrity. But as we all know that Cupid has his own plans, and you never know when, how, where, will the cupid strike. 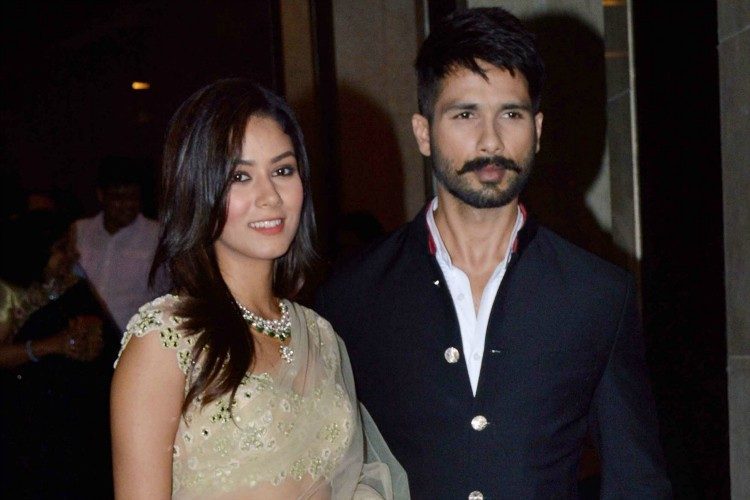 Since, Mira comes from a non-film background, not much is known about her famil and family life and all of us want to know more about her. Here, we have compiled some lesser known but interesting facts about Shahid Kapoor’s Wife – Mira Rajput

Mira Rajput hails from a business family with roots in Punjab but she was born and bought up in Delhi. Her family resides in Chattarpur, a suburb in Delhi. Mira is the second child of her parents and has two sisters. Mira’s father Vikram Rajput is a businessman in Delhi. Mira did her schooling from Vasant Valley School, Delhi and pursued English (Hons) from Lady Sri Ram College. She also did an internship from United Nations. She scored 10th rank in Delhi University’s CATE. Shahid and his father Pankaj Kapoor are vehement followers of Radha Soami Satsang Beas and they met Mira through the same spiritual group. The two had met on few occasions. 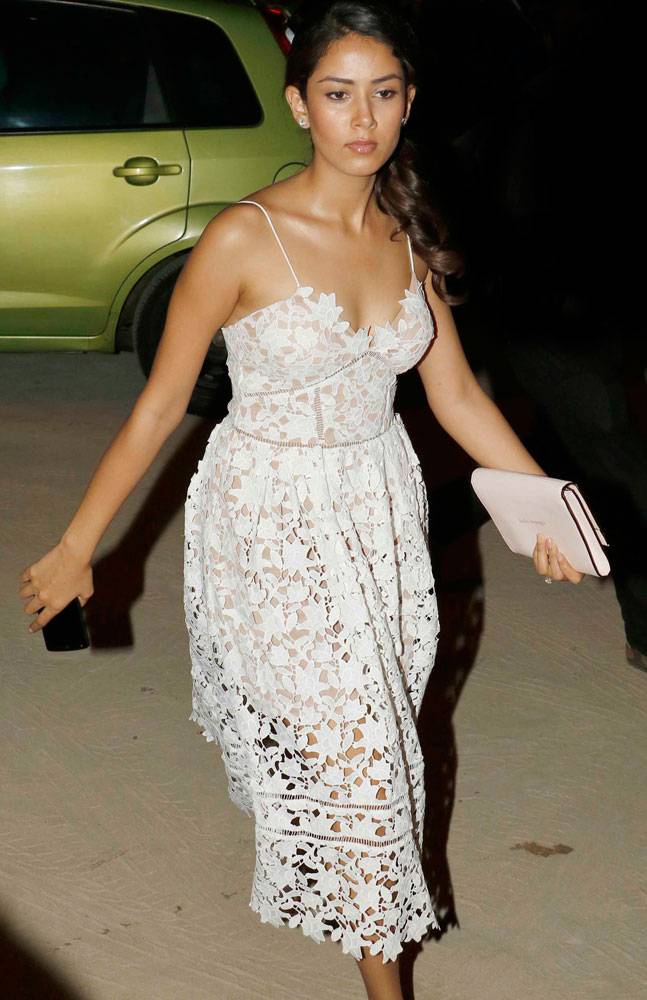 Shahid-Mira Wedding – How They Got Together!

The wedding of Mira and Shahid was an arranged one, and it is also said that Mira was a little doubtful about their marriage because of the 13 years age gap between the two. The star status of Shahid Kapoor was also a worrying factor considering Mira is a very private person. However, the heartthrob of millions was able to convince her and finally she said.”I Do”.

The two families met and sealed their fate. Shasha kept his love life in wraps and did not reveal any details about the girl before the formal engagement. As soon as the news of Shahid’s engagement went viral, Mira disassociated herself with many friends and acquaintances on social media just to maintain the secrecy. The families were initially planning a wedding in December but had to pre-pone it to July as both Shasha and Mira are not very paparazzi friendly and the constant stir around their wedding was making them uncomfortable. 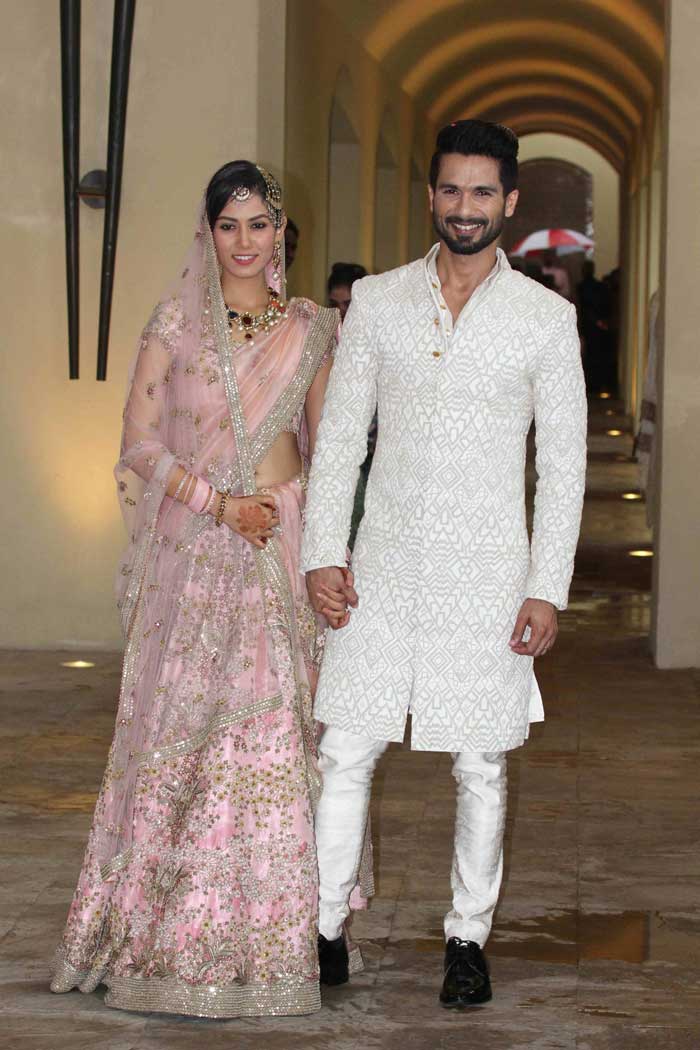 The couple shares deep love for music. However, Mira’s inclination is more towards western music and she is a fan of Beyoncee, Demi Lovato and Aviril Lavagne. Her favourite actor is Salman Khan and she has watched all his movies. She is a vegetarian just like Shahid and his family. And she loves to indulge in Punjabi food. One of Mira’s priced possession is the Solitaire ring worth 23 Lakhs that shasha gifted her. Mira’s close friends describe her as “intelligent and shy”.

Mira though is a very private person but whenever Sahsha is busy with his shooting schedules, she catches up with her gang of gals. Recently Mrs Kapoor shared a lovely picture partying with her gang. 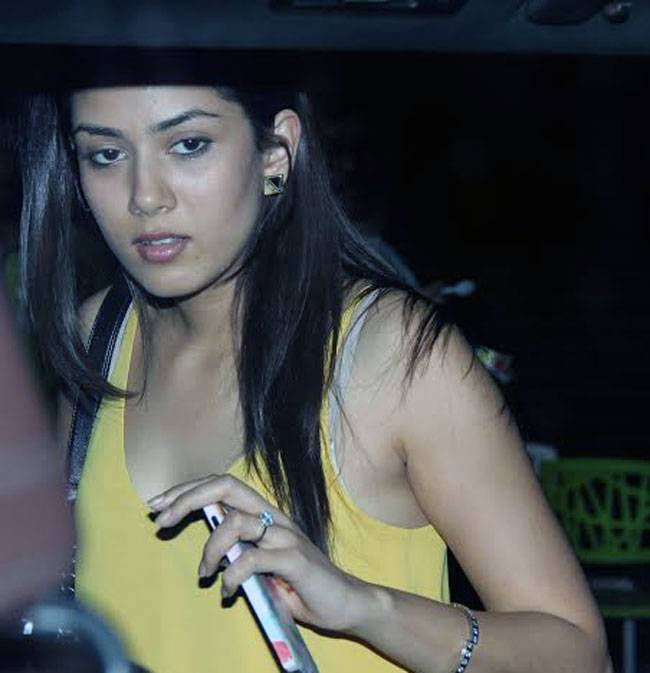 The first Diwali celebration after their marriage was hosted by Mira for her family. Sanah, Shahid’s sister who made her debut with Shandaar was quoted saying “All of us love Punjabi food so rajma, chana, paneer and mithai will definitely be on the menu. But don’t ask me more, only bhabhi knows all the details. We hit it off even before the wedding. Mira is an amazing girl and has quickly become such an integral part of our family. She keeps telling me not to call her bhabhi as we are both the same age but I still do.” 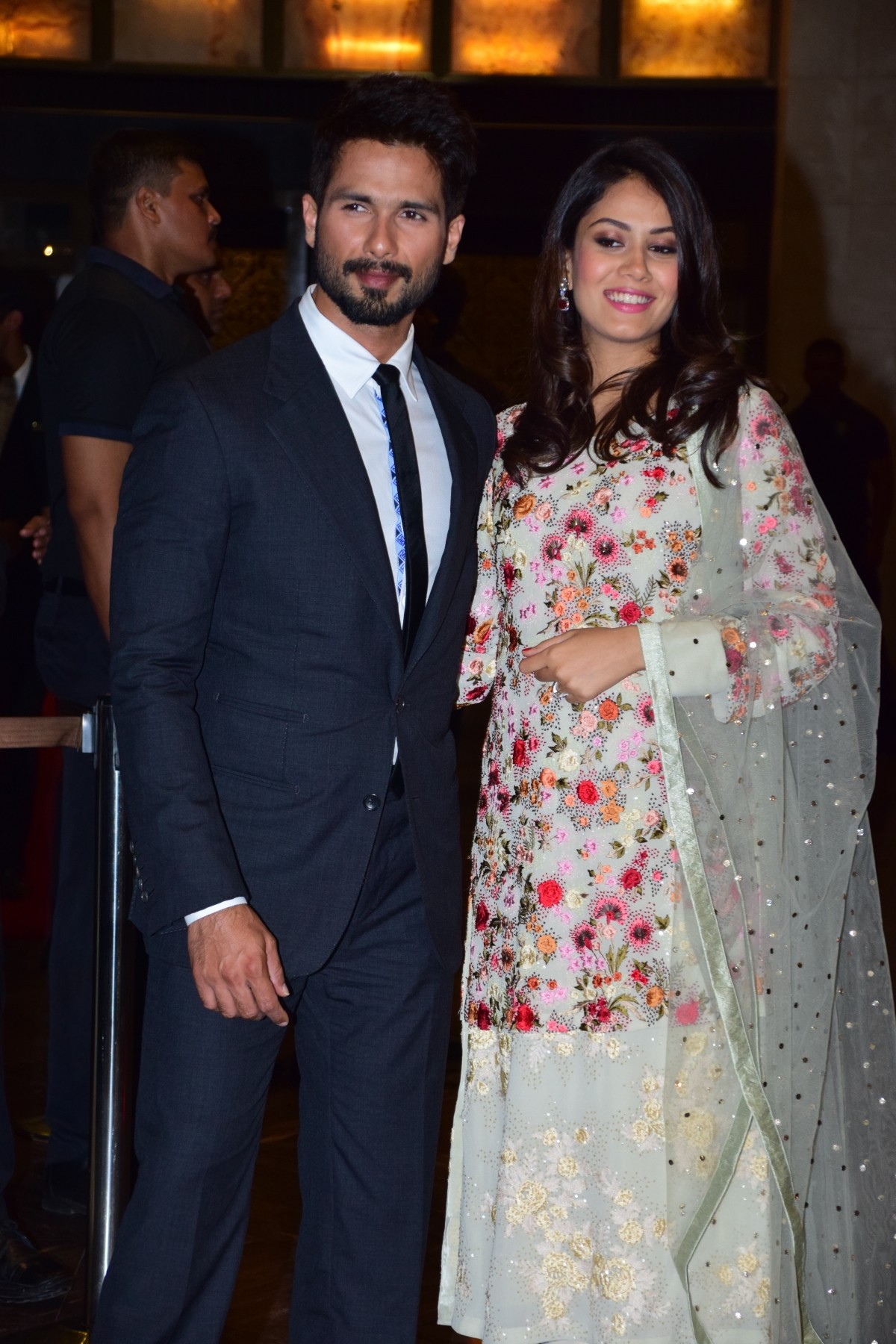 On several occasions, Pankaj Kapoor has also expressed his fondness for his daughter in law and how Mira has become the cynosure all eyes in the Kapoor khandaan. Supriya Pathak also loves Mira’s company. She was reported saying, “I am very happy as a mother-in-law. I have a lovely daughter-in-law. Honestly, I don’t understand this concept of daughter-in-law. For me, she is my daughter as well as her own mother’s daughter. She is a wonderful girl so, I really enjoy being with her.”

Love Story of Genelia & Riteish Deshmukh Will Give Goosebumps! 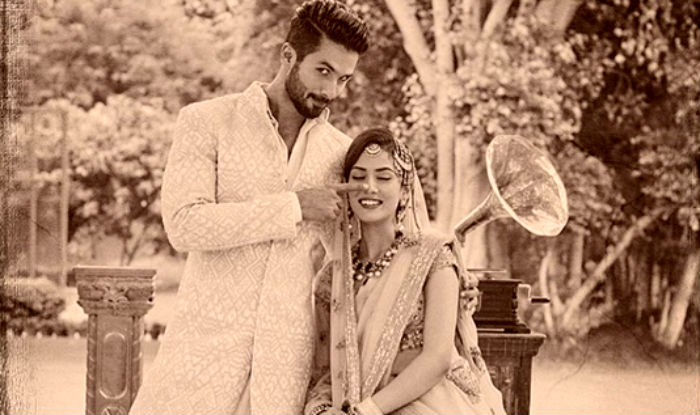 Mira loves to sweat it out. Recently, shutterbugs clicked the couple outside a gym in Bandra. She is very strict regarding her fitness regime and believes in having a balanced diet and taking small meals throughout the day. A report in Mid-Day quotes that she had hired a celebrity instructor for herself. Seemingly, she was also busy shaking legs with choreographer Bosco as a part of her fitness regime. However, rumours were rife that she has been doing all this as she was gearing up for making her Bollywood debut but Shahid rubbished off ll such reports. Well then it seems that Mrs Kapoor also shares the same fitness passion as Sasha. 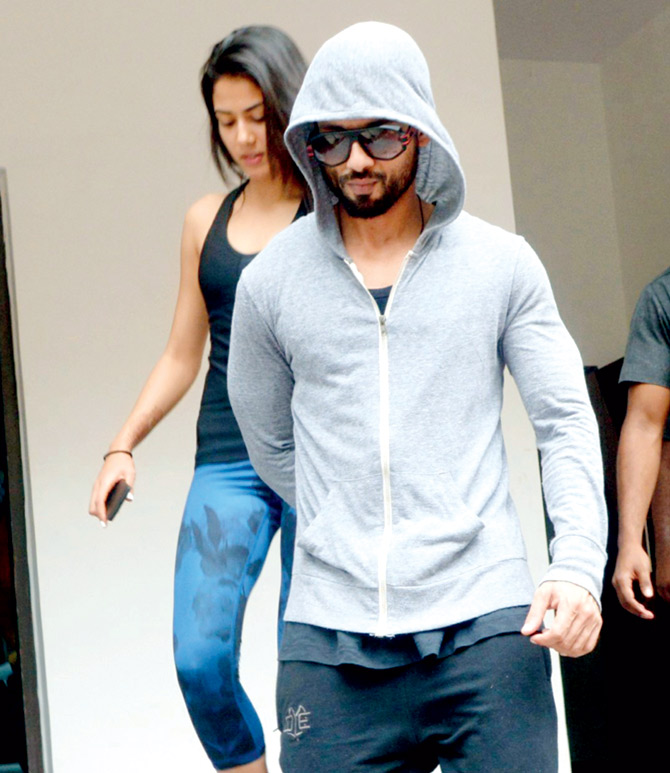 The grapevine has not been at rest ever since the story of Shahid-Mira engagement broke out. Reports claim that Shahid is not the first man in Mira’s life. She had been in a serious relationship with Aditya Lal who was her schoolmate. It is also said that they used to meet for dates after school in a nearby mall. However, love turned sour after two years of relationship and they mutually called it off. Aditya Lal works for Coco Cola Company and was some time back spotted with Kareena Kapoor who is the brand ambassador of Limca at a promotional event. 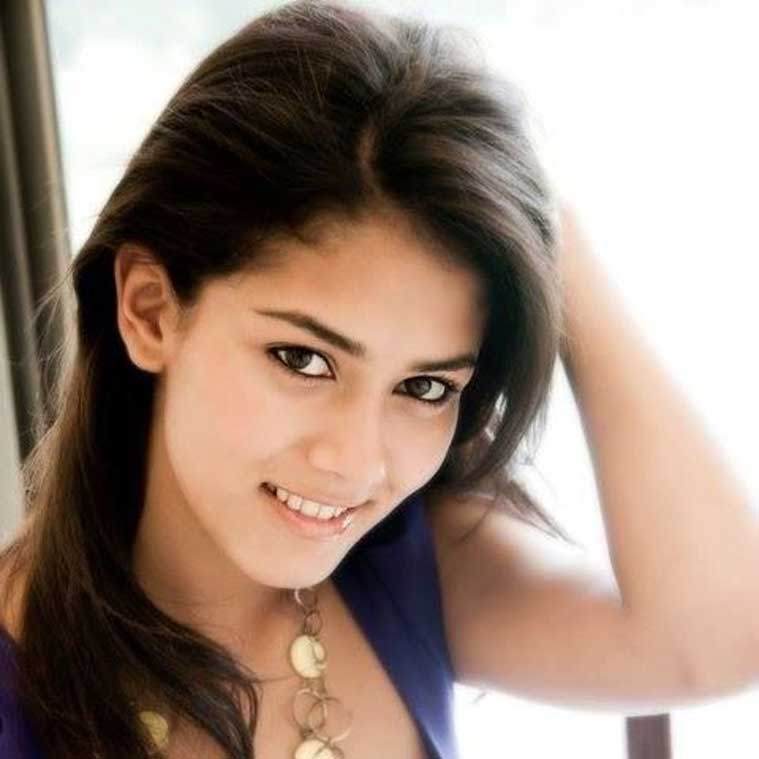 The couple were blessed with an angel on 26th August 2016 whom they have named Misha which means “God Like”. They both are super excited as they enter another beautiful phase of their life. We wish them luck for Parenthood as well as for a blissful life ahead.