Perfectly Timed Dog Photos That Will Make Your Week

American photographer Diane Arbus once said, “I really believe there are things nobody would see if I didn’t photograph them”. These days smartphones and social networking sites have opened up a world of opportunities to showcase our talent as photographers. We all have that one moment in our lives when we click a picture and it turns out be something worth treasuring.  It’s even better if there is a goofy-looking canine in the photo just to add the extra “cute” factor. Amongst all the photos that are uploaded each day on websites such as Facebook or Instagram, the pictures of people’s pets definitely hog the limelight. The funnier the better, because those are the snaps we cherish longer than usual. Such photographs aren’t always planned and at times even the failed attempts are successful in bringing a smile to our faces. Dog pictures in particular are adorable, and you just can’t get enough of them. Whether they are running, play fighting, getting a belly rub, or simply sleeping, our furry companions are usually the best models for shutterbugs. There are hoards of such uproarious clicks of dogs, amongst which we’ve chosen twenty-five perfectly timed ones.

1. This cutie pie seems to be bored with the rubber ball his mommy bought him. Looks like he wants to play with a bubble instead. Wonder if he got disappointed when it burst. 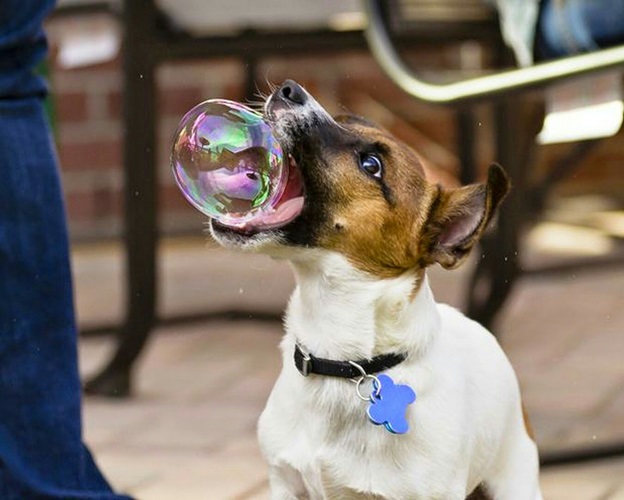 2. That gorgeous dog either has to be the world’s longest one, or a true contortionist. Whatever it is, this perfectly timed photo does bring a smile to our face. 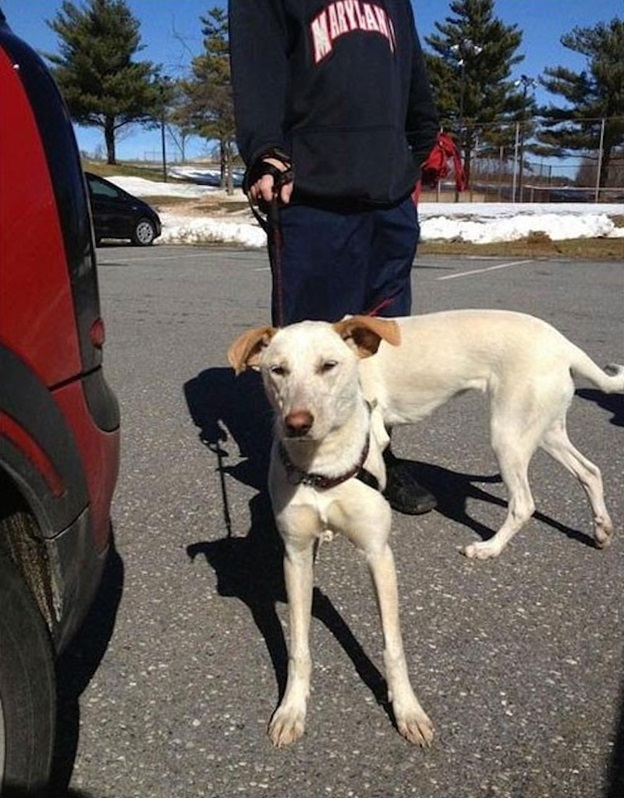 3. This lovely darling is definitely following in the footsteps of what seems to be his ancestor in the picture on the wall. The same coat of fur, the indistinguishable crinkled eyes, and the identical yawn. 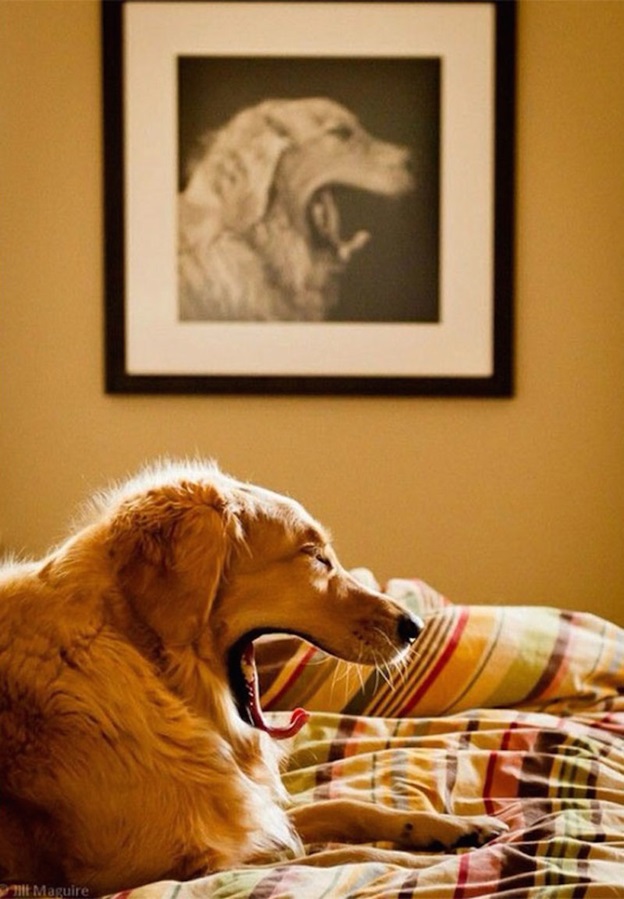 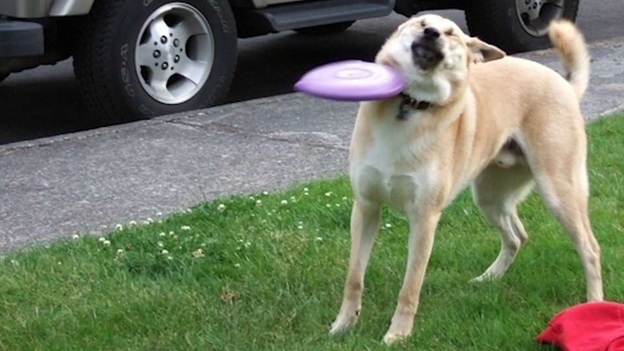 5. The lady in the photograph appears to have an expression that says, “Shhhh… Don’t give me away! I am hiding from that mammoth pug on my left”. 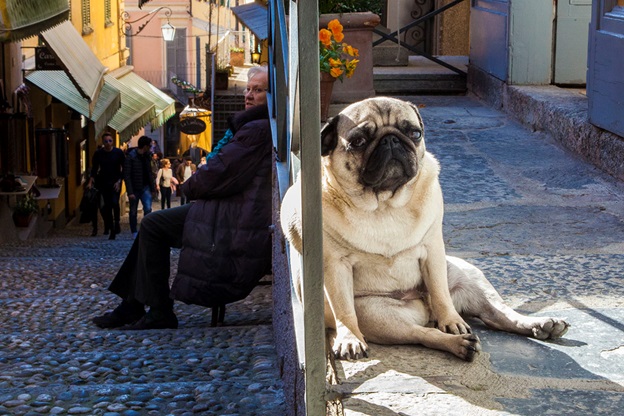 6. It seems like this big boy no longer finds interest in the dog food he gets each day. For a change he wants to taste his human and of course the fish that’s going to come free. 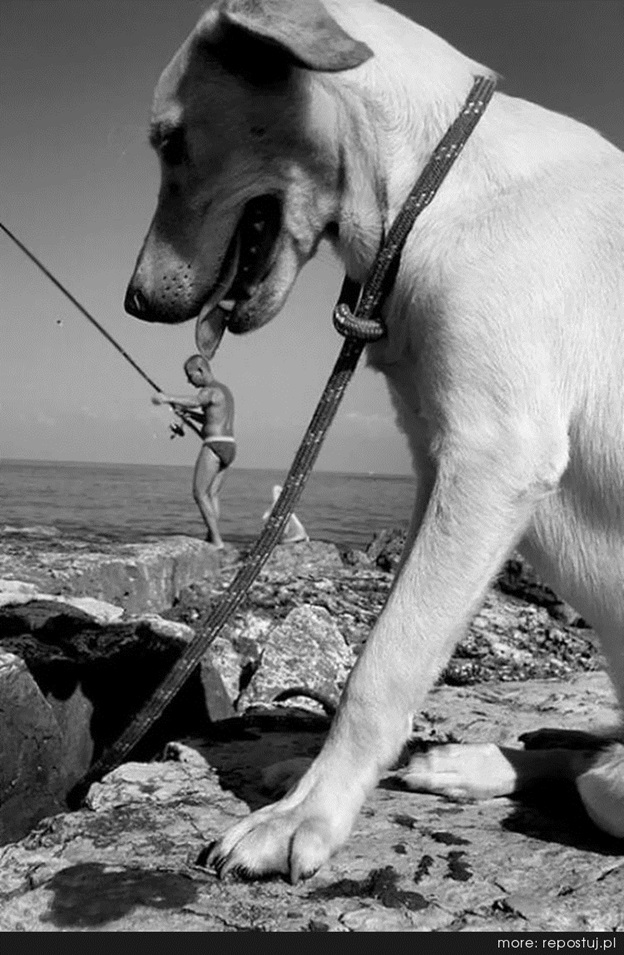 7. I love dogs. I love dance. I love a dog that can dance. Wooh! This handsome hunk is highly impressive with his Michael Jackson moves. 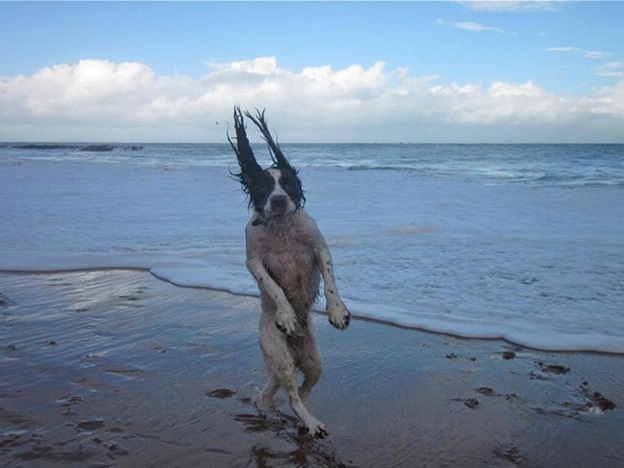 8. This mom must be wondering if this is indeed her baby. Hope it’s not Yoda reincarnated! 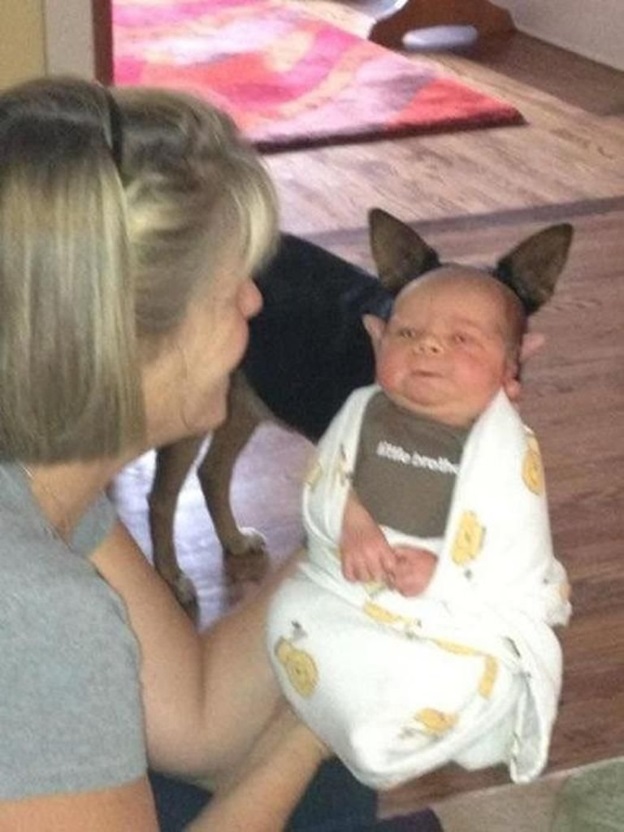 9. “And you thought only Edward (Illusionist) Norton could impress you? Watch while I make my entire body disappear. Now you believe me, don’t you?” 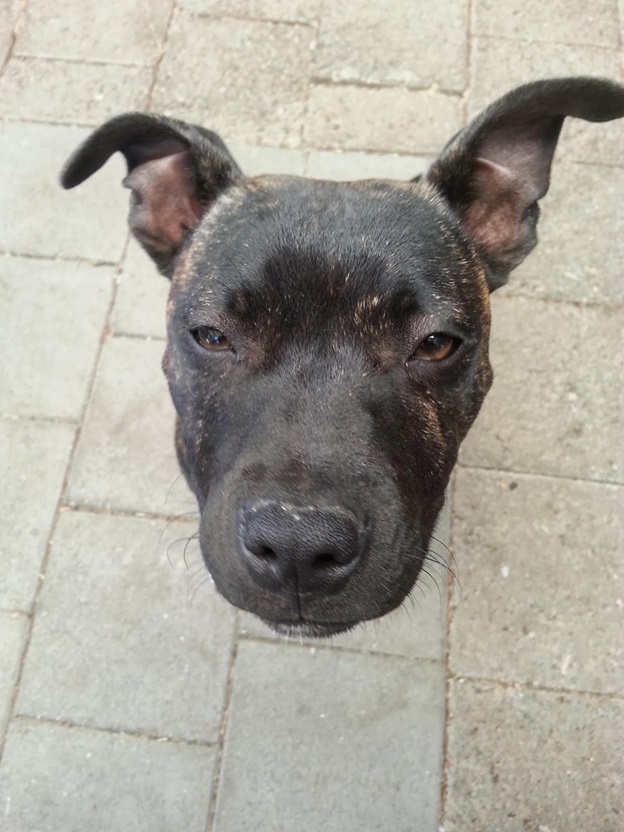 10. This doll unquestionably has to be signed on for the next X-Men movie. The producers would save money on the makeup artist and the visual effects director for this cute little mutant. 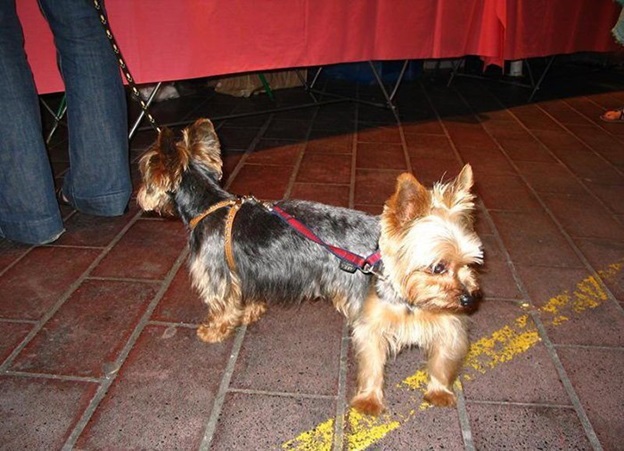 11. He’s definitely the king of B-boying. You can’t overlook that poise, can you? 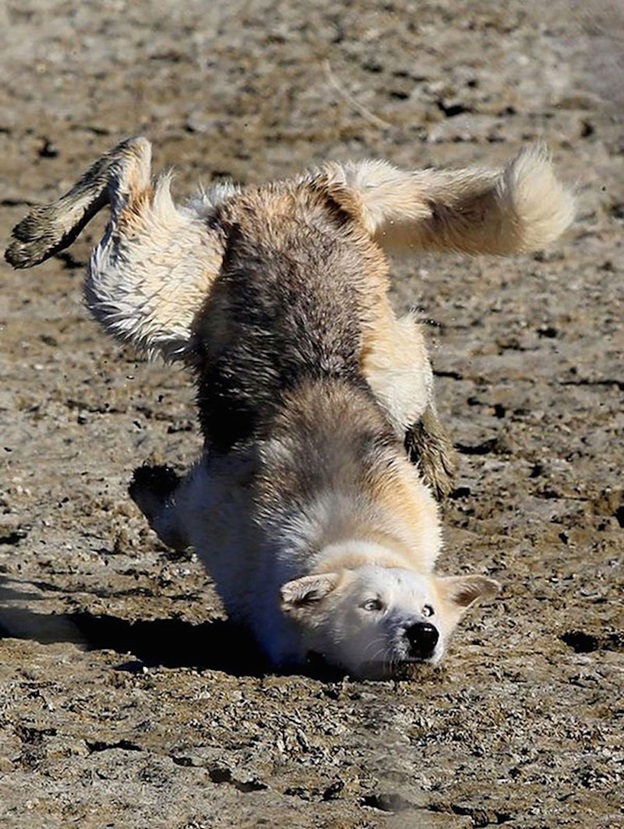 12. This adorable little doll is indeed so delightful that the eagle appears to have come to life to swoop him away. 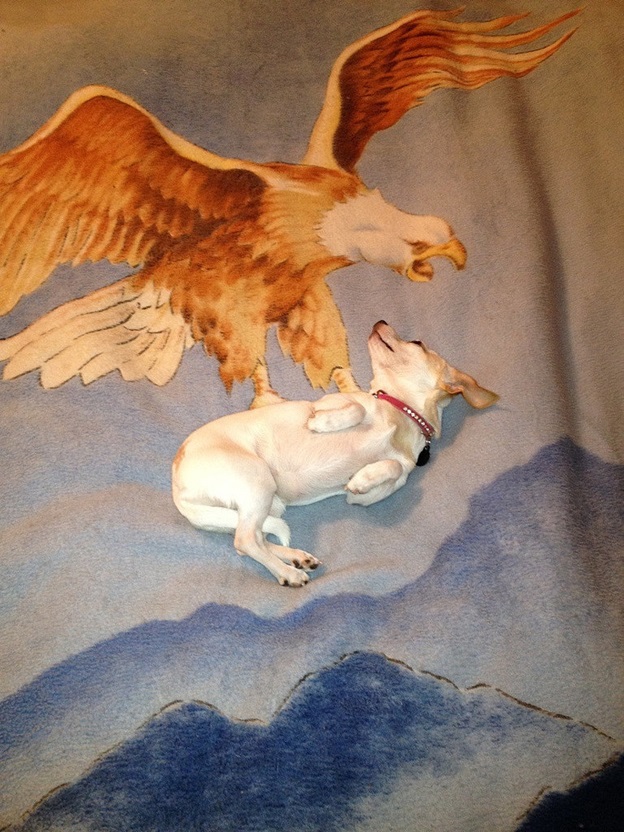 13. The golden retriever on the right probably wanted to win over his girlfriend. Look at him showing off his fire breathing skills—he is definitely talented! 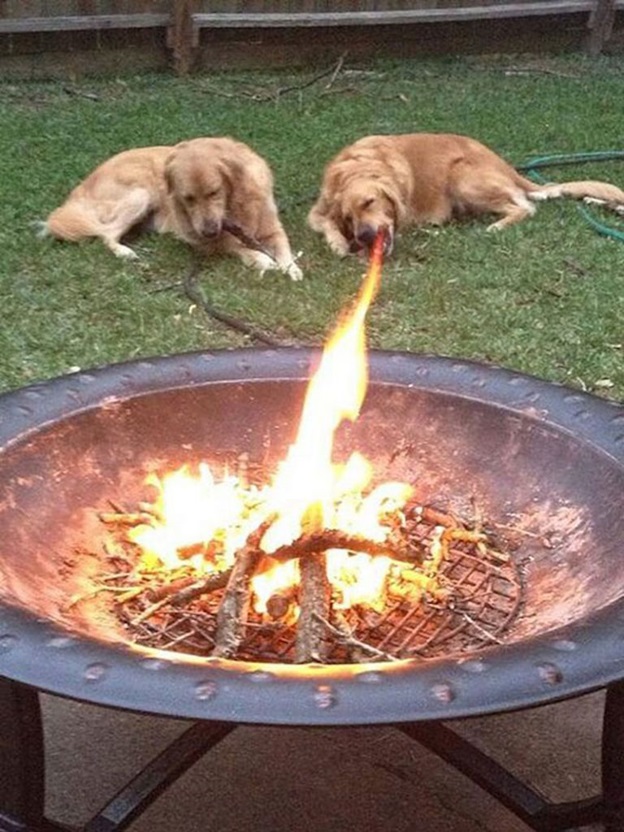 14. He definitely doesn’t need an energy drink. Just walking on the beach gives him the wings. 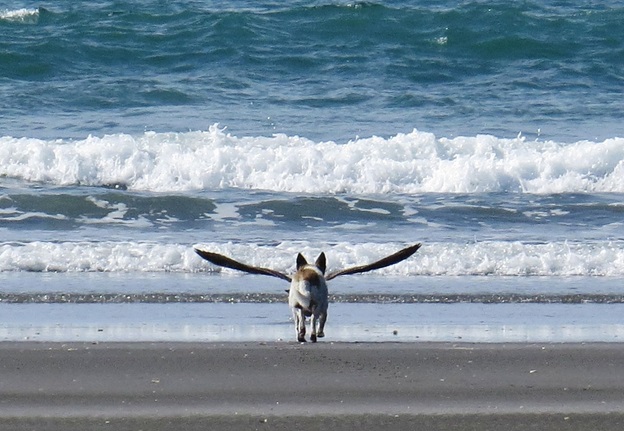 15. In this perfectly timed photo, the dog seems to be gobbling up his feline friend’s head, and the cat just doesn’t seem to care. Well, don’t worry, he was just sneezing when the picture was taken. 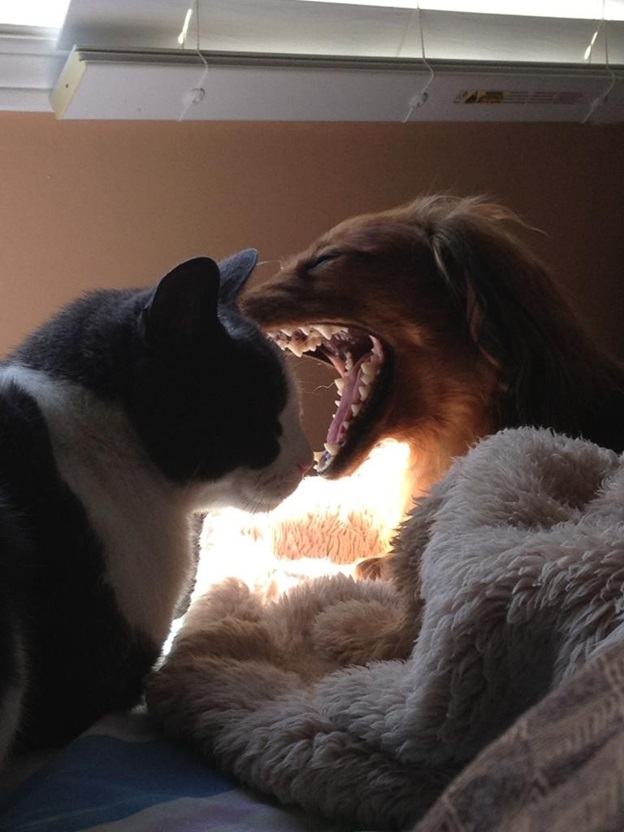 16. It’s my birthday…..so revamped my look a little and got a free fishing trip with mommy. 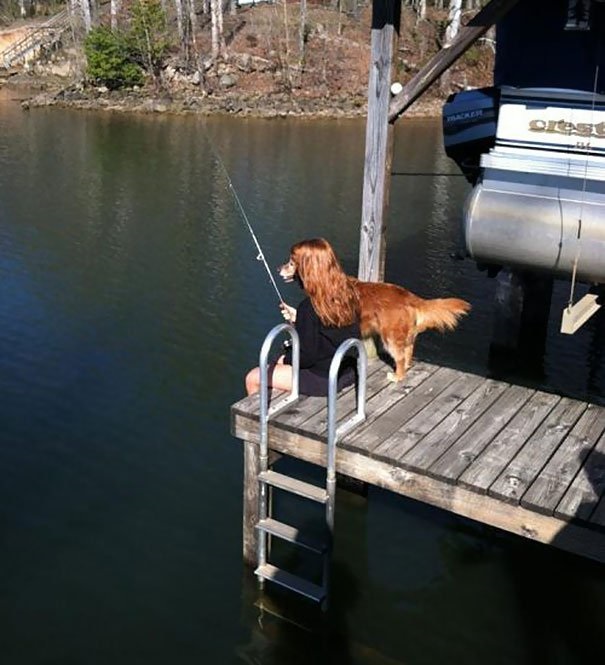 17. I gotta pee….I will pee…period….and I don’t give a damn who you are! Hope you understand now why they say think twice before you open your mouth! 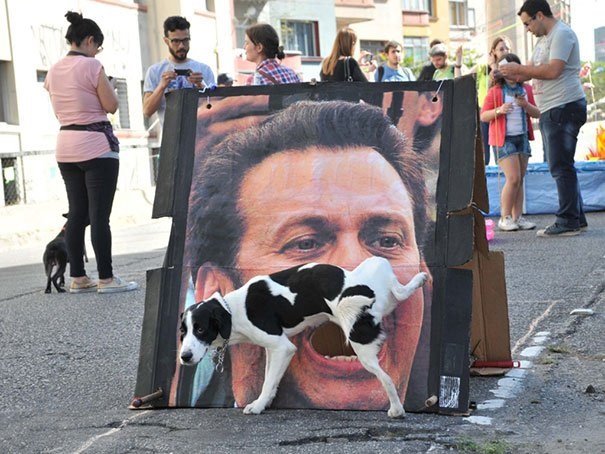 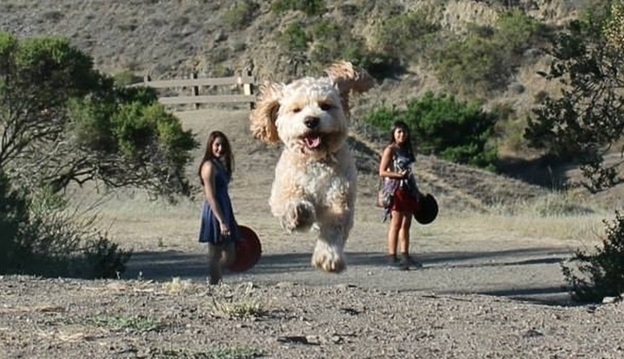 19. Don’t you think that trick’s a little dangerous? You’ve definitely gone insane, but what if you literally lose your head? 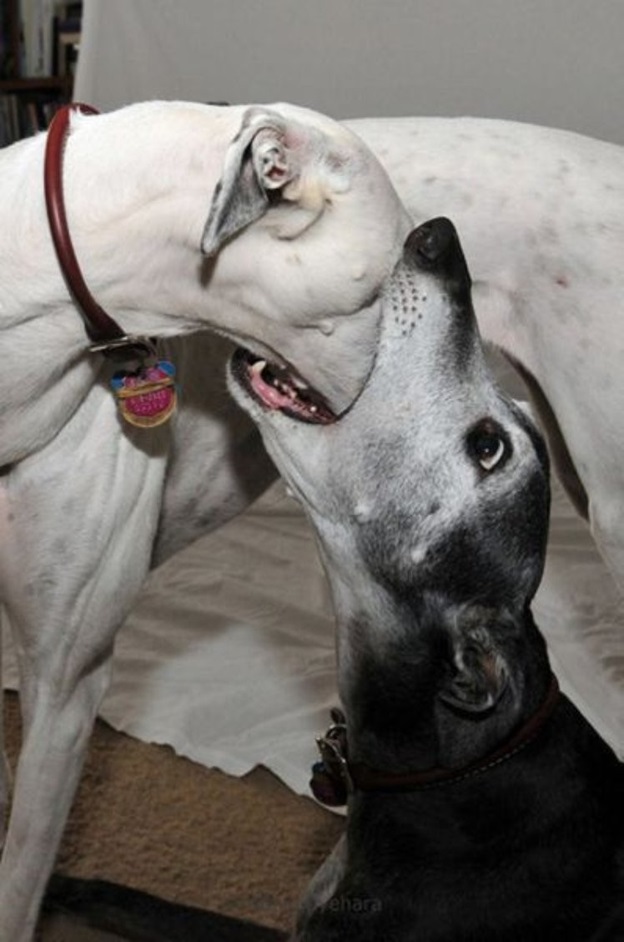 20. If you were of the opinion that Fluffy, the three headed dog in Harry Potter couldn’t be real, what do you have to say about these cutesies? 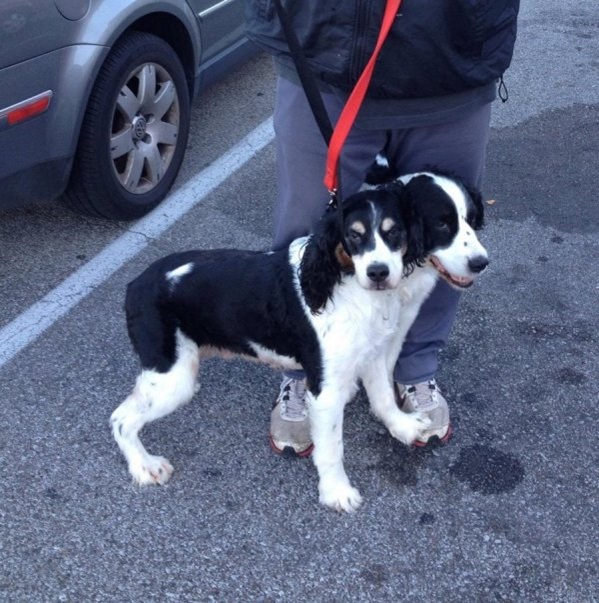 21. It’s almost as if the little Boston terrier is expressing how she aspires to be a ballerina, but her parent glances at her as though he has other plans about her career. 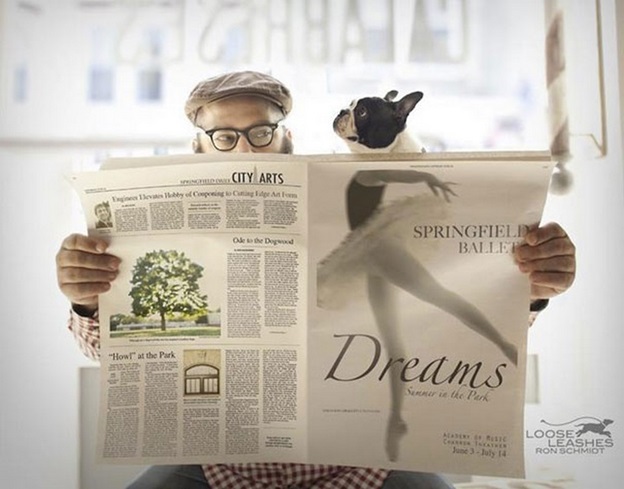 22. My god! That is a really grumpy human being. 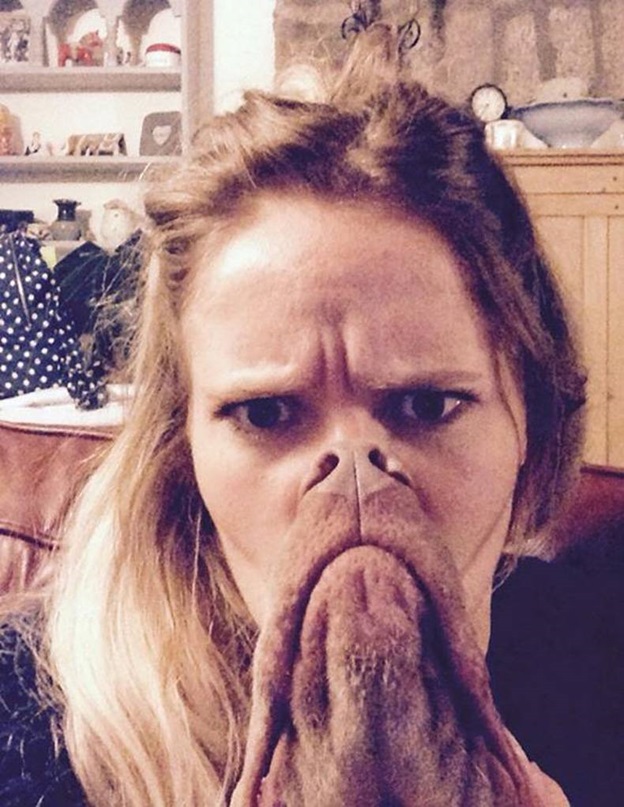 23. This one’s definitely learnt the trick of walking on water. “Just walk as if you’re running”, he says. 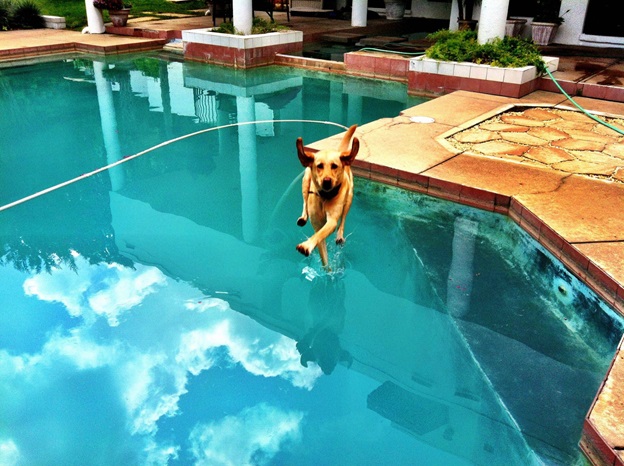 24. These two seem like they are taking the idiom “fight like cat and dog” a bit too literally…and do you think too that the Pomeranian looks terrified of his feline counterpart? 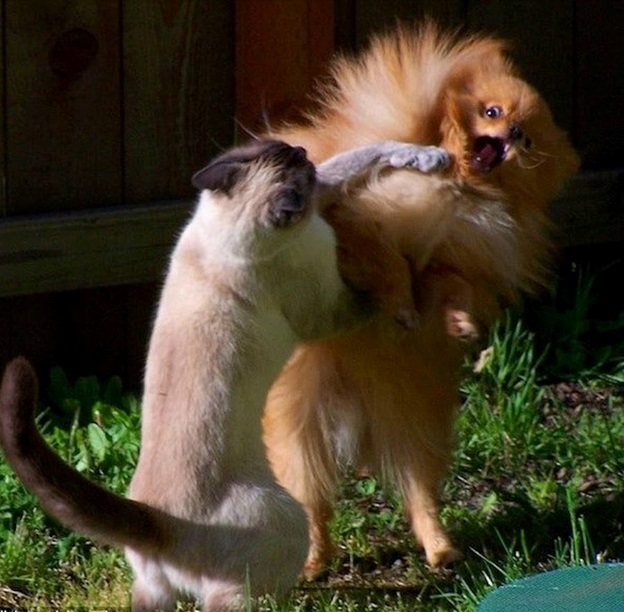 25. This beagle seems to have got not just a new car but also fresh tattoos. All said and done, he does look cool, doesn’t he? 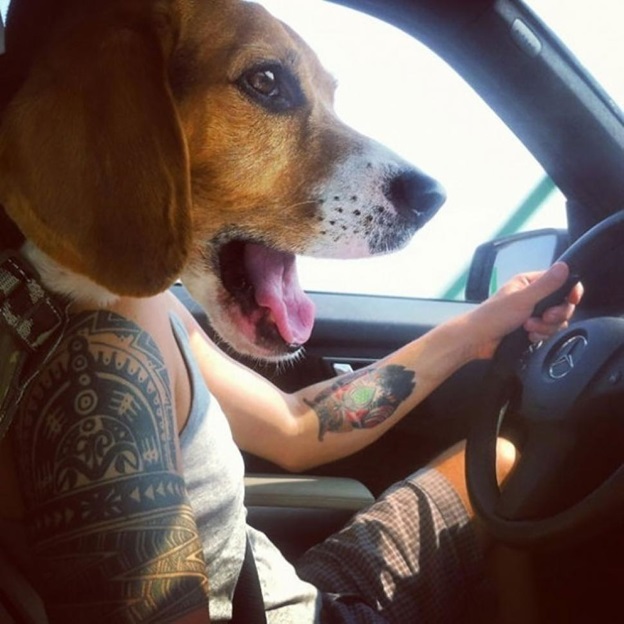 Stumble
Have you got crazy perfectly timed photos like these?