We often get excited when our favourite stars come up with punchy and catchy one-liners that soon become our hot favourites. One such Bollywood dialogue “Agar kisi cheez ko puri shiddat se chaho toh puri kayanaat usse aapse milvane par majboor ho jaati hai” seemed to have literally come true for the beautiful British model and actress Sapna Pabbi who although was born and brought up in London kept her Punjabi roots intact and relocated to Mumbai to nurture her dream of becoming a part of the huge Indian film industry. And what way she did it – that also without any godfather or the sorts. With sheer talent and dedication for her work she is definitely treading the right track to make a position for herself in the Indian entertainment industry. Although not something colossal but she has already made her presence felt both in small screen with TV shows like ‘24’ and ‘Ghar Aaja Pardesi’ as well as in big screen flicks with ‘Khamoshiyan’ and the forthcoming ‘Satra Ko Shaadi Hai’. 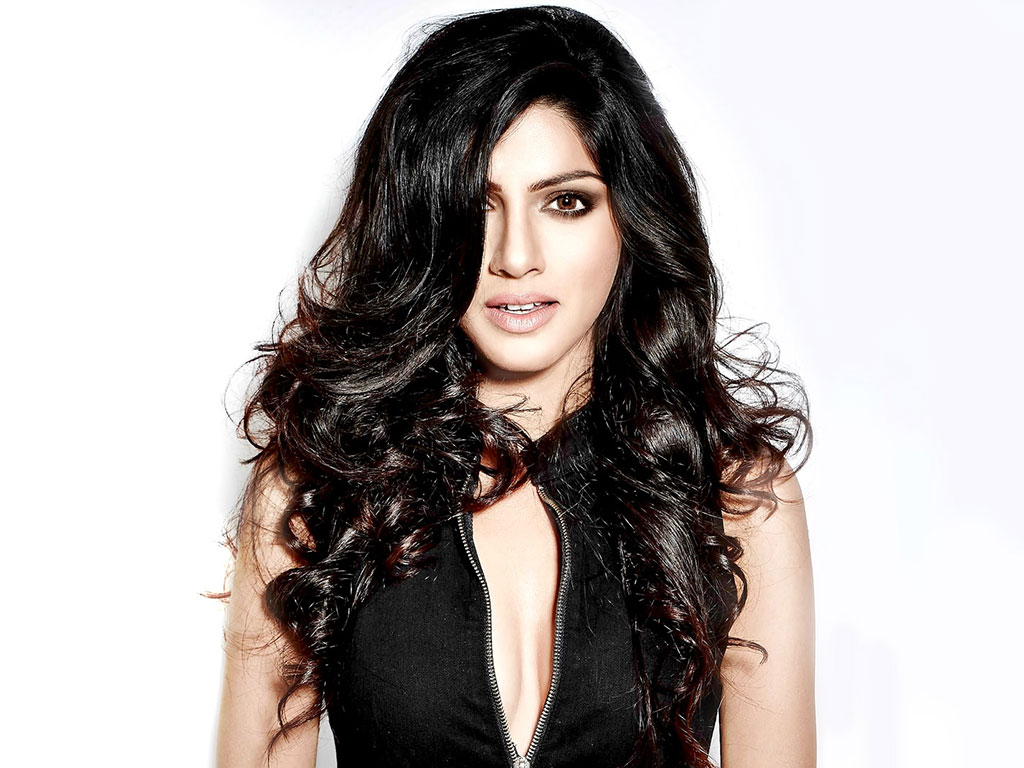 Today she has become a household name as Kiran Jai Singh Rathod from the Indian action packed TV series ‘24’. Let us have a sneak peak on the lesser known facts about this gorgeous, no nonsense actress who is quite focussed in her goal and is taking baby steps but undoubtedly the right ones to reach her goal and in this pursuit has already been working with big banners and the who’s who of the Indian film industry.

Desi Girl With a Videsi Background

This ‘Ghar Aaja Pardesi’ girl who hails from an Indian Punjabi family happens to be a British native who was born and brought up in London, England. Her parents relocated to England where she was born in 1985. Although raised in England amidst different culture and environment her family who are very strict when it comes to following Punjabi culture and traditions has instilled in her the basic essence and roots of her motherland. Probably this is also an aspect that prompted her to get back to her roots and make a career and life for herself. 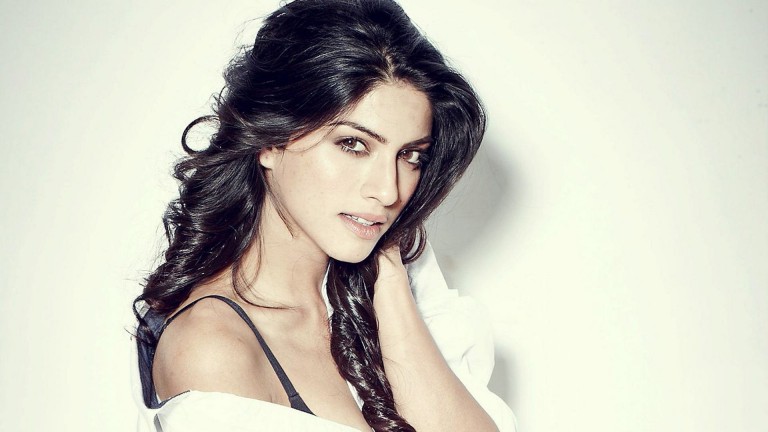 Sapna had a knack of acting since her early days and would act in several plays as a child. With time her passion and dedication for the art only heightened. Her father, however, wanted her to concentrate on her studies as every father would. But as the saying goes – who can stop the wind from blowing- thus the highly enthusiastic and energized girl would often sneak out from her house to perform on stage during her school and college life.

In an interview she said, “I come from a strict Punjabi background. My family lives in London and my father is almost a replica of Amrish Puri in Dilwale Dulhania Le Jayenge, who wanted me to focus on studies, so I would sneak out and do stage as I was always fond of acting!” However, the doting daughter that she is, Sapna kept up to her parent’s expectations and completed her studies while carrying forward her passion for acting. 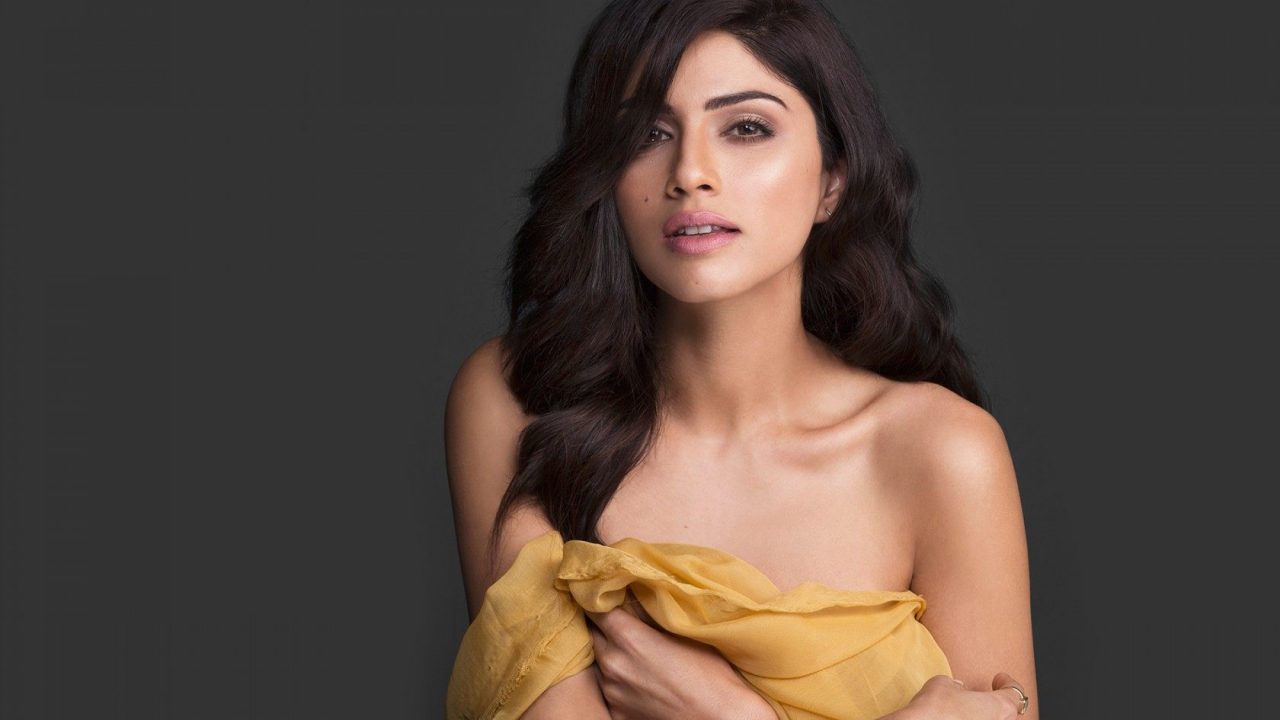 This gorgeous damsel who has been athletic since her school days and boasts of having an envious figure of 34-25-35 and a height of 5 ft 7 inches delved into modelling while in London and was selected as the face of Trinny and Susannah. She even did jobs for a while before endeavouring into the Indian entertainment industry.

Journey into the Indian Showbiz

Her passion for acting and the glamour of the Indian film industry encouraged her to try her luck in the Indian entertainment world that of course encompasses the ultimate destination of Indian cinema – Bollywood. In this pursuit she relocated to Mumbai – the commercial and in a way entertainment capital of India when someone got her a show in India.

While Sapna was looking for a foothold in the Indian showbiz, her most memorable role that gave her a household name came across her somewhat coincidentally! She accompanied her best friend for an audition for the cast of Kiran Jai Singh Rathod, the character of the daughter of Jai Singh Rathod that is essayed by the veteran Bollywood actor Anil Kapoor. While she was hanging around, she was spotted by someone who felt she fits into the role better. Thus the role was offered to her and her best friend was finalised for the part of the assassin Shaina and as the saying goes – the rest is history! 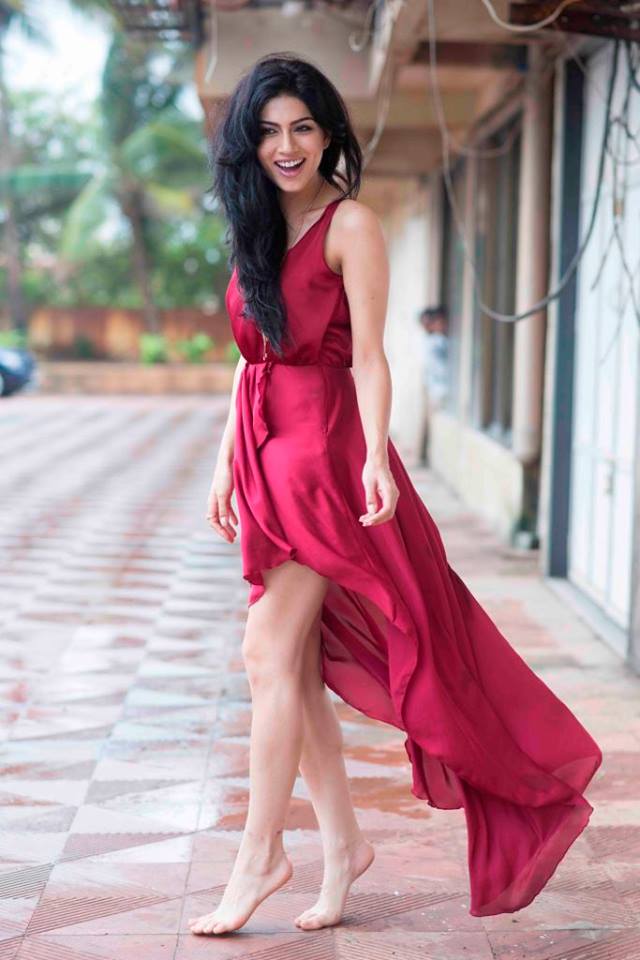 It was a dream come true for the actress who was yet to sink in to the Indian entertainment industry to have landed up in the espionage drama TV series ’24’ that not only gave her the opportunity to act along with the superstar Anil Kapoor but also with many other senior actors like Tisca Chopra and Mandira Bedi. Sapna pulled through her role quite excellently including showing finesse in several action-packed scenes, courtesy her athletic body and fitness. She shot to fame with the action series that was aired on Colors TV from October 4, 2013 through December 21, 2013. In 2013 she also essayed the role of Rudrani in the Indian television drama series ‘Ghar Aaja Pardesi’. She was later replaced by actress Pooja Banerjee.

The only challenge that came across was delivering the perfect Indian accent. In an interview she said “We speak Punjabi at home and I was also sent to a Punjabi school every Sunday. Hindi was a bit more difficult and my education in it was completely from the Hindi I have heard in television programs and the films we watched. At home, we were not into English programming or movies. But personally, I believe that we must speak all languages in the way they need to be spoken – Punjabi, Hindi or English – sans accent!” 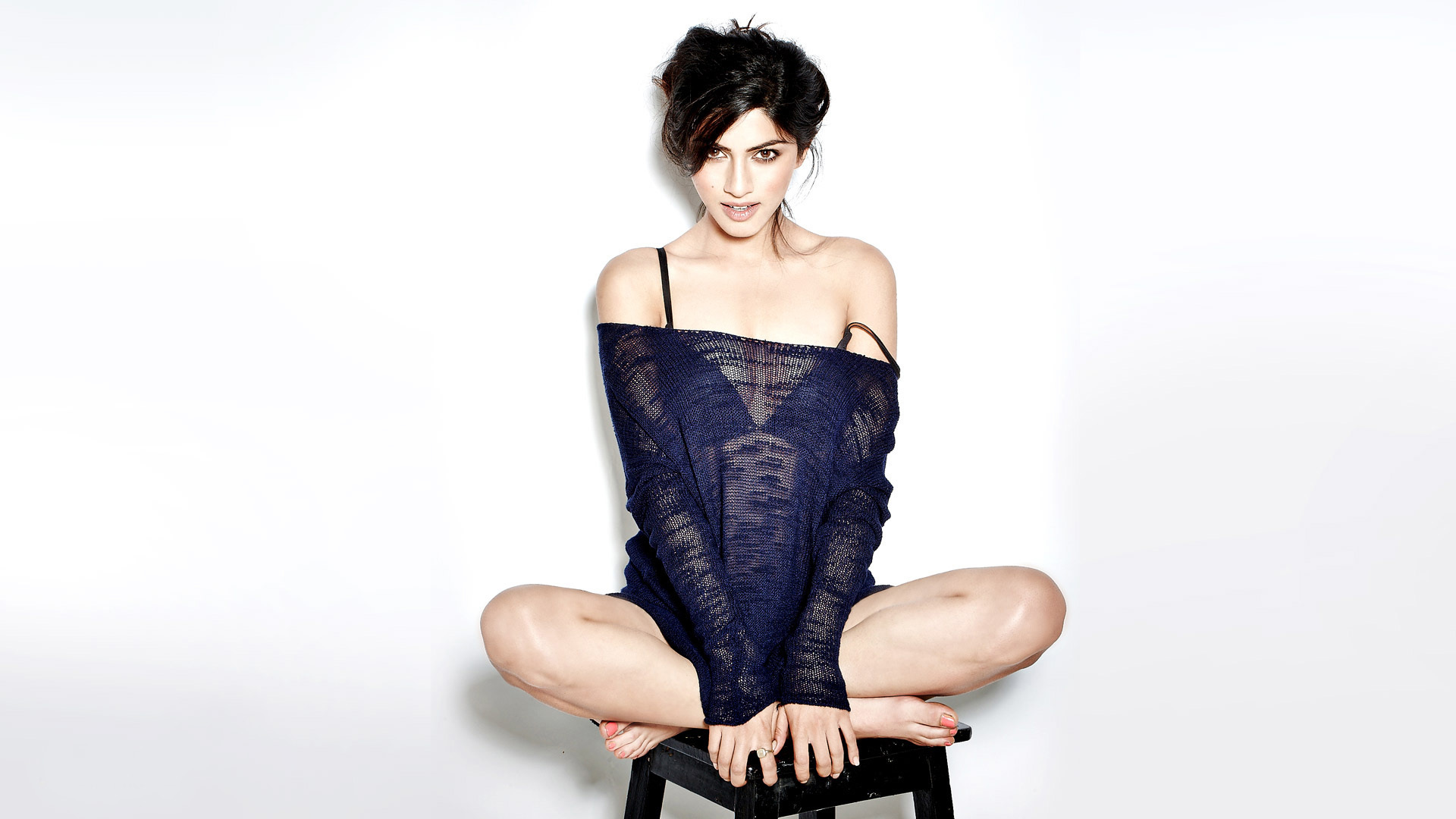 Nonetheless her brilliance in acting cemented her position as Kiran Jai Singh Rathod in the second season of ‘24’ that is also referred as ‘Day 2’. It commenced airing on Color TV from July 23, 2016.

Sapna has featured in commercials of several big brands like Pepsi along with ace cricketer Virat Kohli; Galaxy Chocolate with Bollywood star Arjun Rampal; and with actress Yami Gautam in Fair and Lovely. 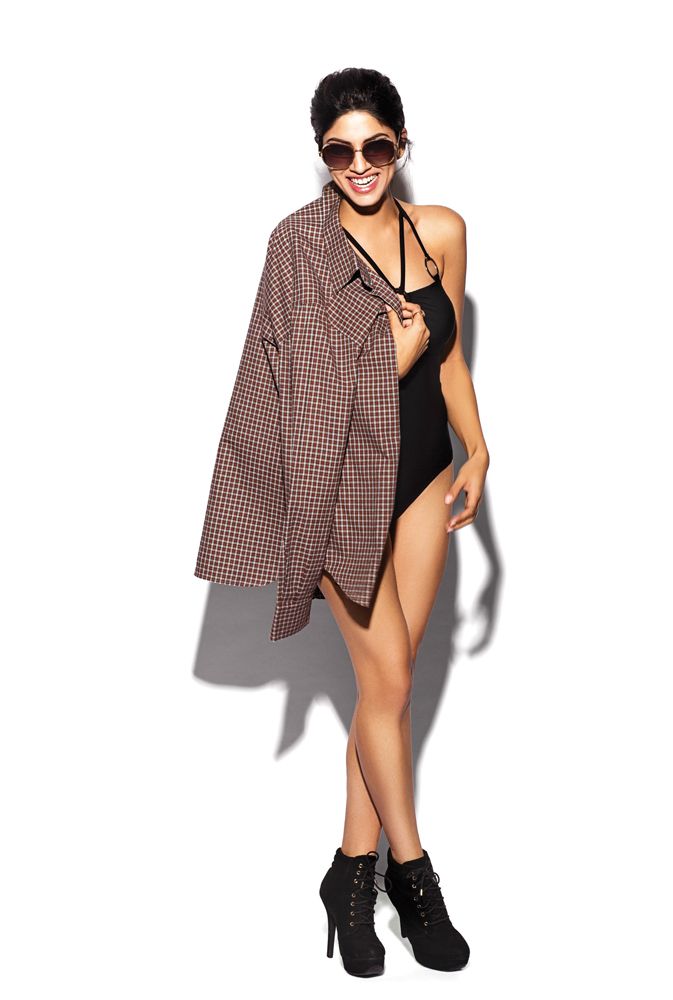 Her excellent performance in ‘24’ led her to get film offers. In 2014 she signed a three film contract with the Bhatt camp and on January 30, 2015, the Karan Dara directed romantic horror film ‘Khamoshiyan’ released where she played one of the lead roles along with Gurmeet Choudhary and Ali Faizal. The film that was produced by Mahesh Bhatt and Mukesh Bhatt in association with ‘Vishesh Films’ featured a love triangle with Sapna essaying the complex character of Meera, a beautiful, sensuous and mysterious woman who runs a hotel. Her character is being shown romancing with both the lead actors and her sizzling chemistry with both of them encompassing the bold scenes she enacted with Ali Faizal and the kissing scene with Gurmeet Choudhary became quite viral in social media with the latter becoming a sort of a record breaker with a count of more than 1 million views in just 36 hours!

When answering IANS in an interview about the bold scenes in ‘Khamoshiyan’ the bubbly actress said, “Intimate scenes were not difficult. The difficult scenes for me in the film were the heavy emotional ones,” 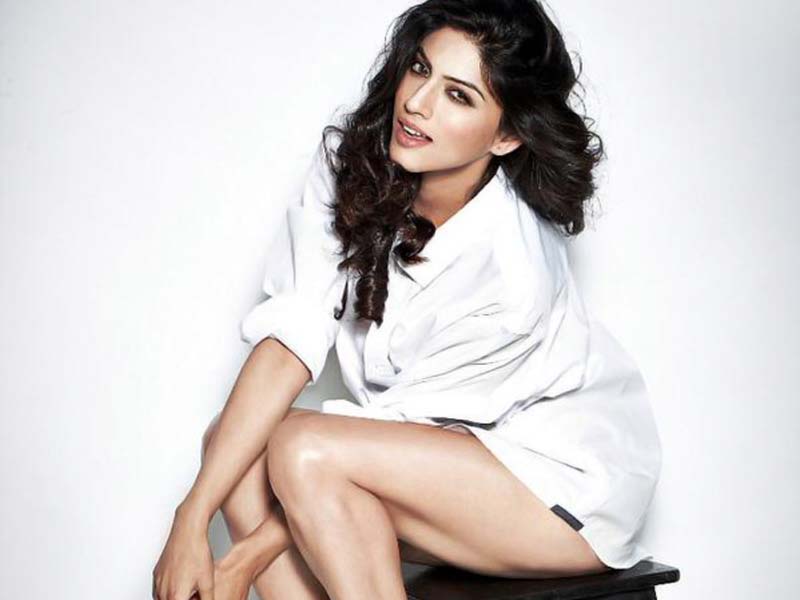 Her upcoming film ‘Satra Ko Shaadi Hai’ which is slated for a 2016 release will see her playing one of the lead roles as Suneha Garg starring opposite actor Barun Sobti. This romantic comedy film is a joint venture of Shoojit Sarkar, John Abraham and ‘UTV Motion Pictures’. It comes with an essence of real Indian wedding and will surely be a treat for the eyes.

It seems that this budding talent likes to keep her personal life away from the public eye and thus not much is known about this aspect of her life. But she did not deny the fact that she was in a romantic relationship as a teenager and maintains that she is single at present. However, this does not stop the gossip mongers who hinted to a romantic association between her and her co-star of ‘Khamoshiyan’ Ali Faizal following their bold scenes in the film. For that matter she was also linked with her ‘Satra Ko Shaadi Hai’ co-star Barun Sobti. 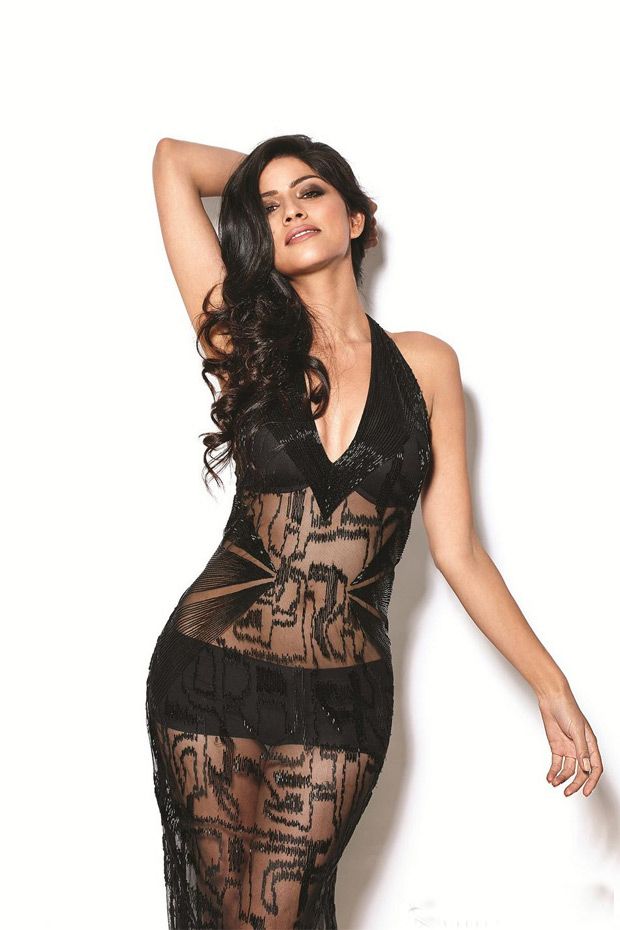 There were reports regarding Sapna Pabbi dating Harshwardhan Kapoor, the son of Bollywod star Anil Kapoor. It is believed Sapna Pabbi & Harshvardhan Kapoor met during the making of the first season of 24 and become good friends.  According to several media reports and gossip columns, they were spotted going out for movies and dining together quite a bit for some time but they remained extremely guarded about their ‘friendship’. 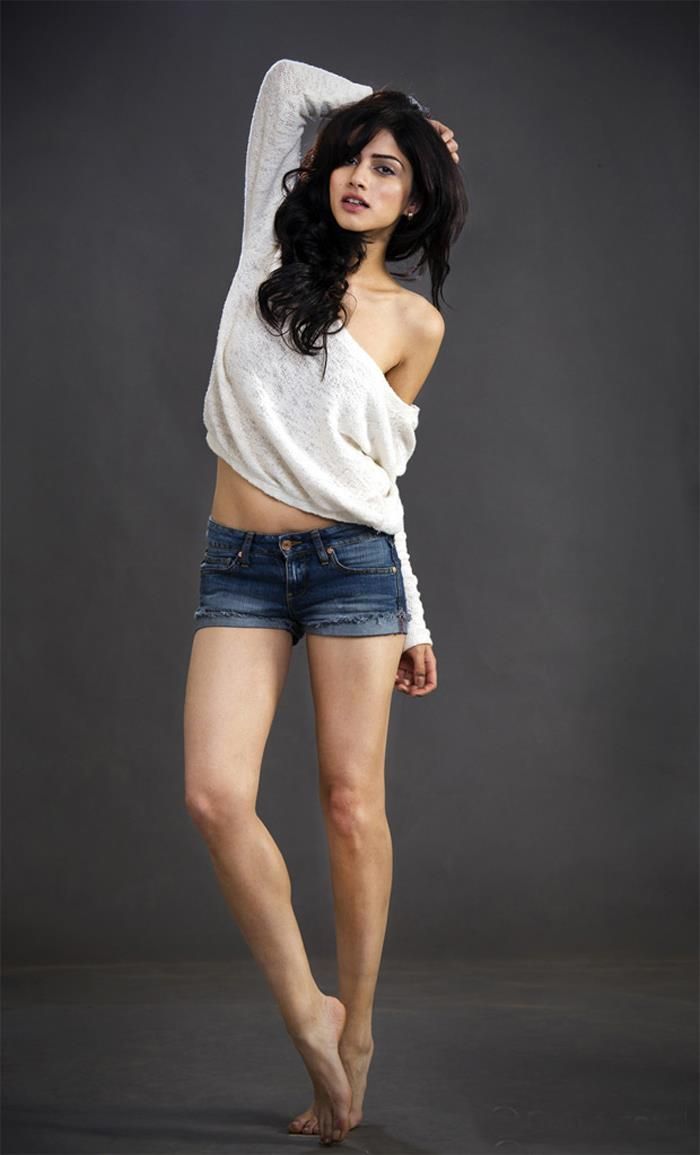 Harshvardhan recently told Pinkvilla, that he was never in a relationship with Sapna. He added further, “I was never dating Sapna Pabbi. Sapna and I were basically seen once at some event, not even in an event, there’s a thing called Playground in Lower Parel Palladium. There were thousands of people there and somebody saw us and then made a story about it. And I don’t mind such reports as they don’t disturb me. I’m a single guy and I have nobody to answer to and if somebody wants to use me to make a story, then it’s ok.”