Sonam Bajwa: Interesting Facts About Her Personal Life That You Didn’t Know

It is truly said that real talent has no boundaries with regard to language, culture, tradition, religion and whatsoever. This fact has been aptly proved by the beautiful, gorgeous, bubbly and innocent looking desi girl who hails from the beautiful state of Uttarakhand. We are talking about Sonampreet Bajwa, better known in the entertainment industry as Sonam Bajwa. Life has been a roller coaster ride so far for this elegant and appealing diva who boasts of having a hot and sensuous body with a fabulous height of 5 feet 7 inches. From being an air hostess to taking part in the Femina Miss India contest to delving into a career in modelling and finally into acting we can definitely say that the journey of this ravishing diva has been quite adventurous and at the same time impressive. 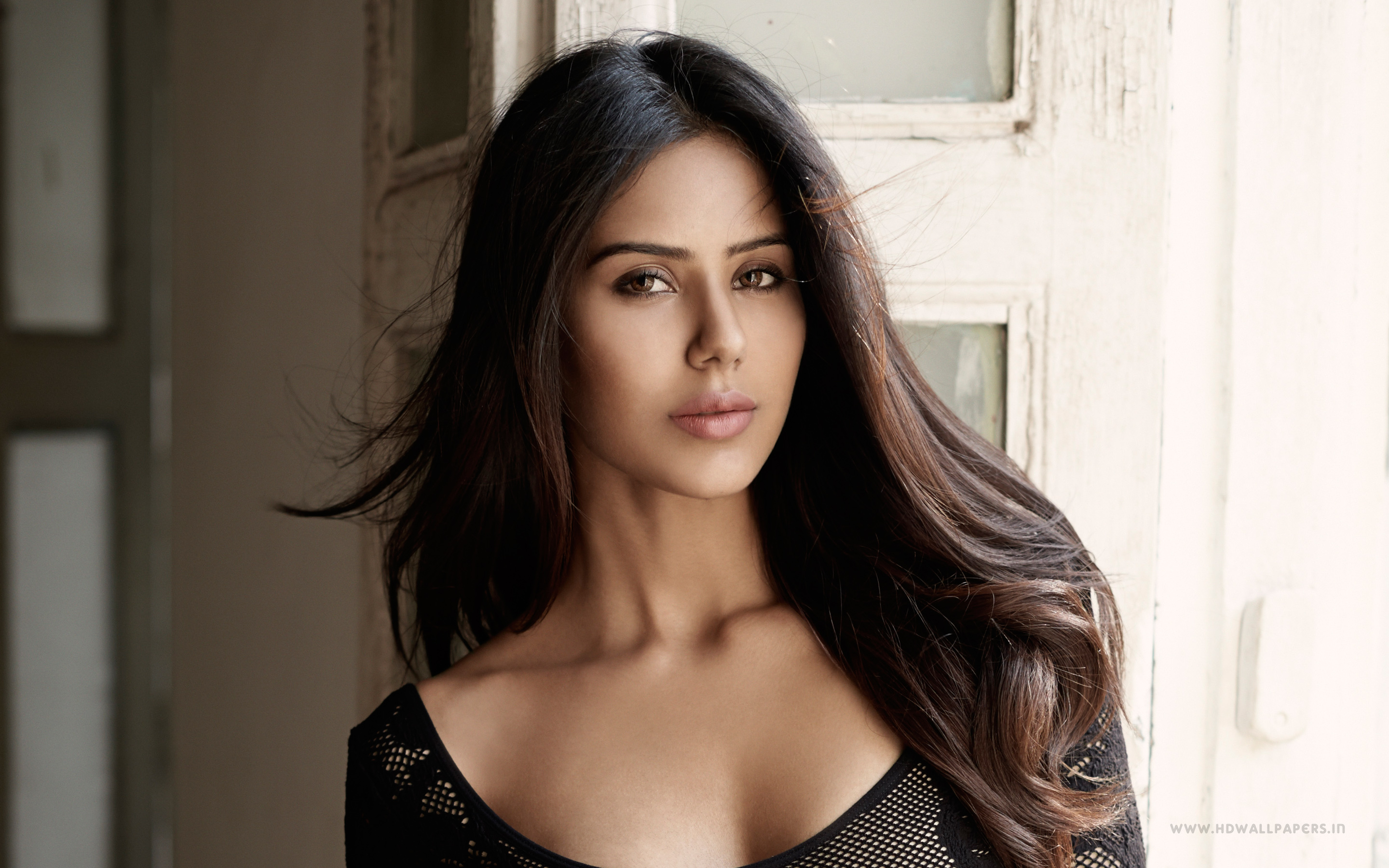 Better known as the lead actress of the smashing hit Punjabi film ‘Punjab 1984’, Sonam has been gradually making her presence felt in the Punjab film industry. This north Indian girl is also in the mood to make a name down south and in this pursuit has been working in Tamil and Telegu films as well breaking all barriers proving that talent is all pervasive. As of now her kitty is full with a film release in 2017. Let us have a look at the journey of this rising actress so far!

She was born on August 16, 1989, as Sonampreet Bajwa in the small and historical town close to Nainital called Nanakmatta located on the bank of Deoha stream, at present dammed into a reservoir named Nanak Sagar, in the mesmerising state of Uttarakhand. She grew up amidst the beautiful natural surroundings and attended the Jaycees Public School in Rudrapur from where she completed her school education. To further her academic studies she joined Delhi University and completed her graduation from there. After completing her formal education, Sonam who has a beautiful face with a heart winning smile complimented with an envious figure and height stepped into the professional world as an airhostess, the journey was short though. 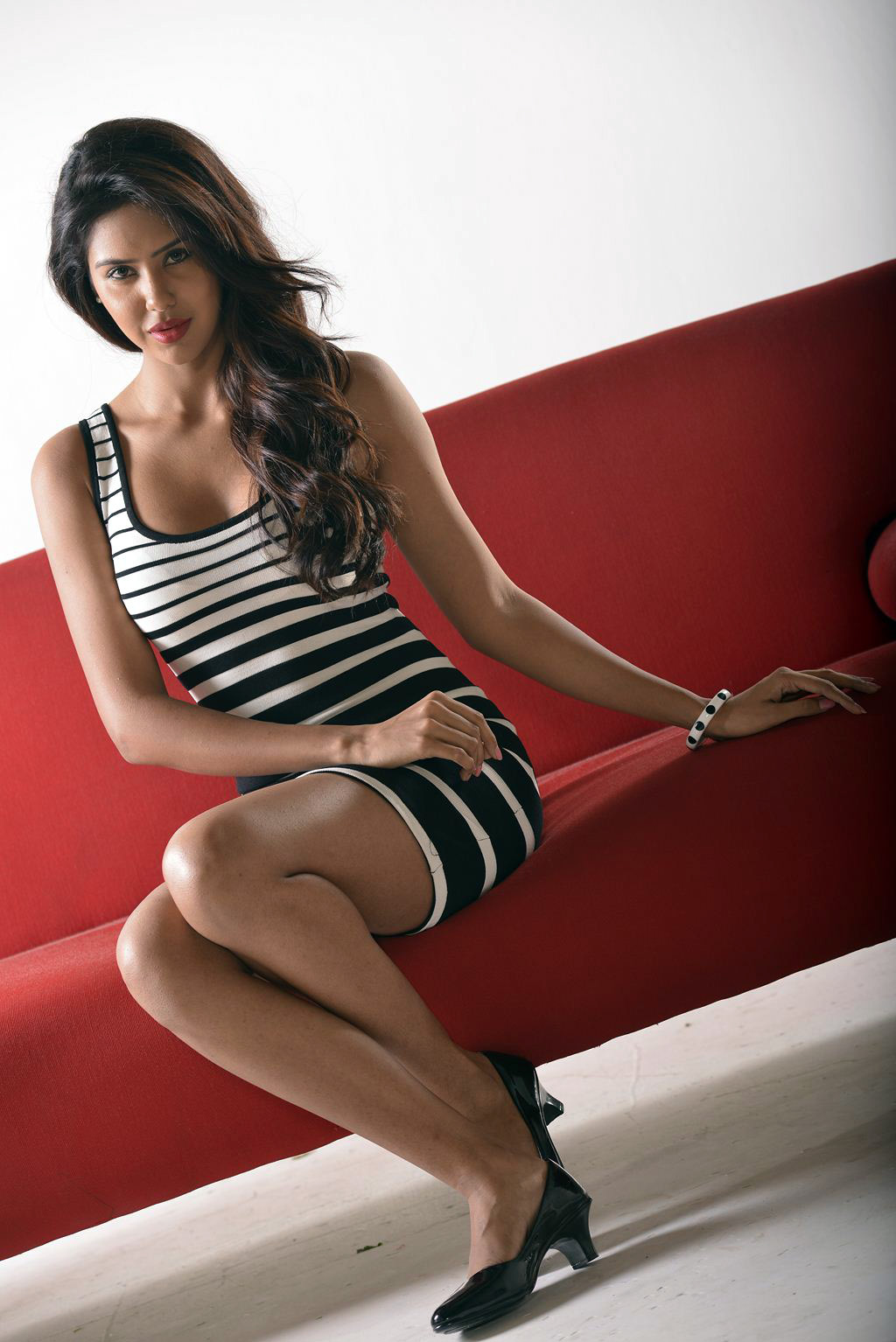 Entry Into the Glamour World And Film Industry
In 2012 she took part in the beauty pageant for Femina Miss India and made it to the top 20 finalists of the country’s most coveted beauty contest. Sonam is also into modelling and has taken part in several fashion shows. She also did several magazine shoots and appeared in many commercials that include featuring with MS Dhoni and buddies in Mc Dowells Soda App and in Monte Carlo Thermal Wear TV Commercial.

She stepped into the world of acting and cinema in 2012 with the Punjabi film industry that is often referred as Pollywood. Her debut film happened to be the Manmord Sidhu directed and Sippy Grewal and Gunbir Singh Sidhu produced film ‘Best Of Luck’ that was released on July 26, 2013. She essayed the role of Simran in the film starring opposite the likes of Gippy Grewal, Jazzy B and Simran Kaur Mundi. The film that made a decent show at the box office while making a record of third best opening weekend ever in Punjab paved the way for more meaningful projects for her. 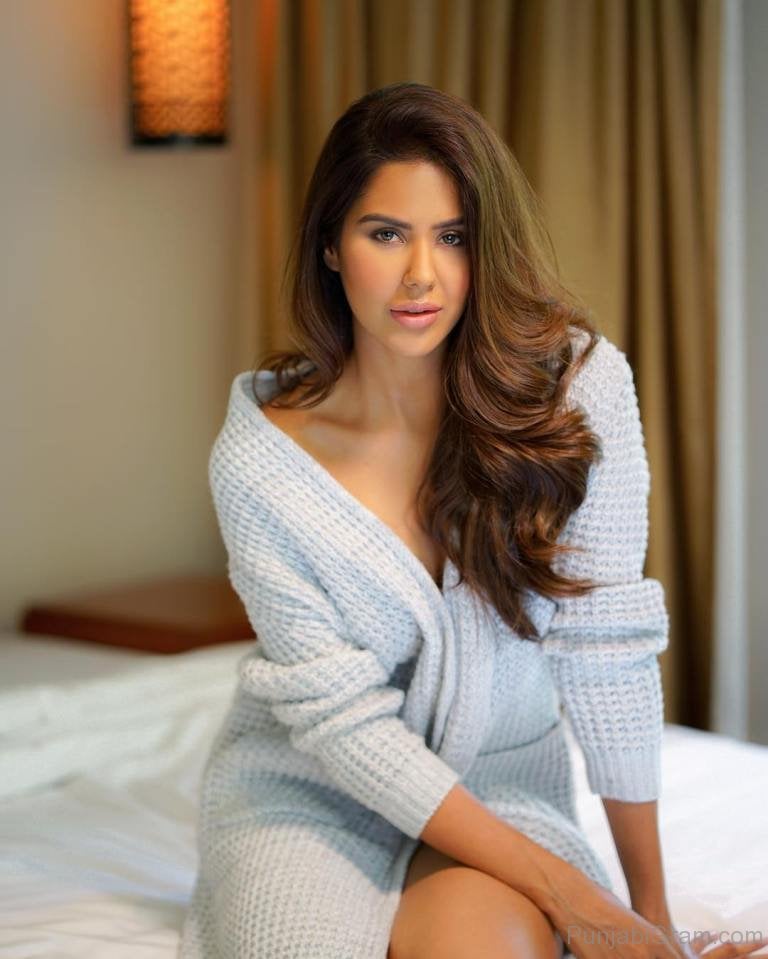 Her next Punjabi film ‘Punjab 1984’ where she played one of the leading roles became kind of a breakthrough film for Sonam and shot her to fame garnering her recognition in Pollywood. She also got the opportunity to work with veteran actors like Kirron Kher and Pawan Malhotra in this film apart from singer and actor, Diljit Dosanjh, who played the lead role in the film and is presently considered as one of the leading artists in the Punjabi music industry.  This Punjabi period drama directed by Anurag Singh, released on June 27, 2014. It was not only a blockbuster hit but also garnered positive response from critics and won the Best Feature Punjabi Film at the 62nd National Film Awards.

Working in Punjabi films, Sonam ventured into south with a Tamil film. It was the Karthik G. Krish directed comedy flick called ‘Kappal’ that was released by eminent film director Shankar’s ‘S Pictures’ on December 25, 2014. The fun elements of the film where Sonam essayed one of the leading roles as Deepika got thumbs up from the critics and also garnered a decent box office run. Sonam was also initially shortlisted for the 2014 released Hindi film ‘Happy New Year’ that starred Shahrukh Khan but was, however, not chosen later. 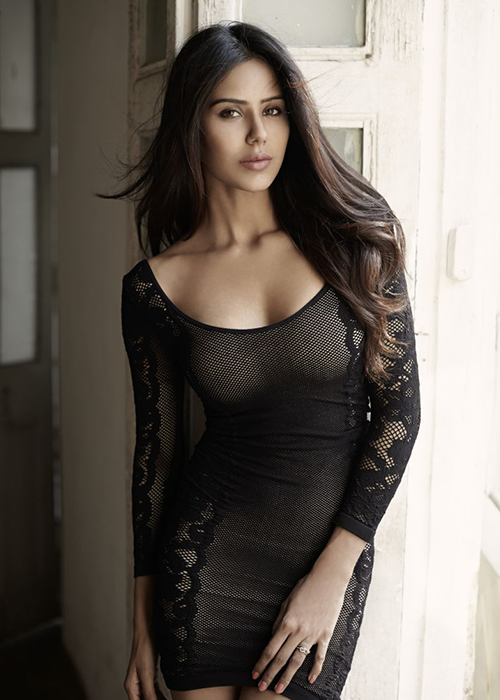 She made a special appearance in the song “Veer Var” in the 2015 released Punjabi fantasy film ‘Sardaar ji’ that starred Diljit Dosanjh, Neeru Bajwa and Mandy Takhar in lead roles. Her next Punjabi flick was the Satyajeet Puri directed film ‘Born to be King’ released on March 4, 2016, that delved with the grave issue of drug trafficking in Punjab in a more lighter and comic tone. She played the character of Preeti in the film starring opposite British and Indian actors including Puneet Issar, Ateesh Randev and Deana Uppal. 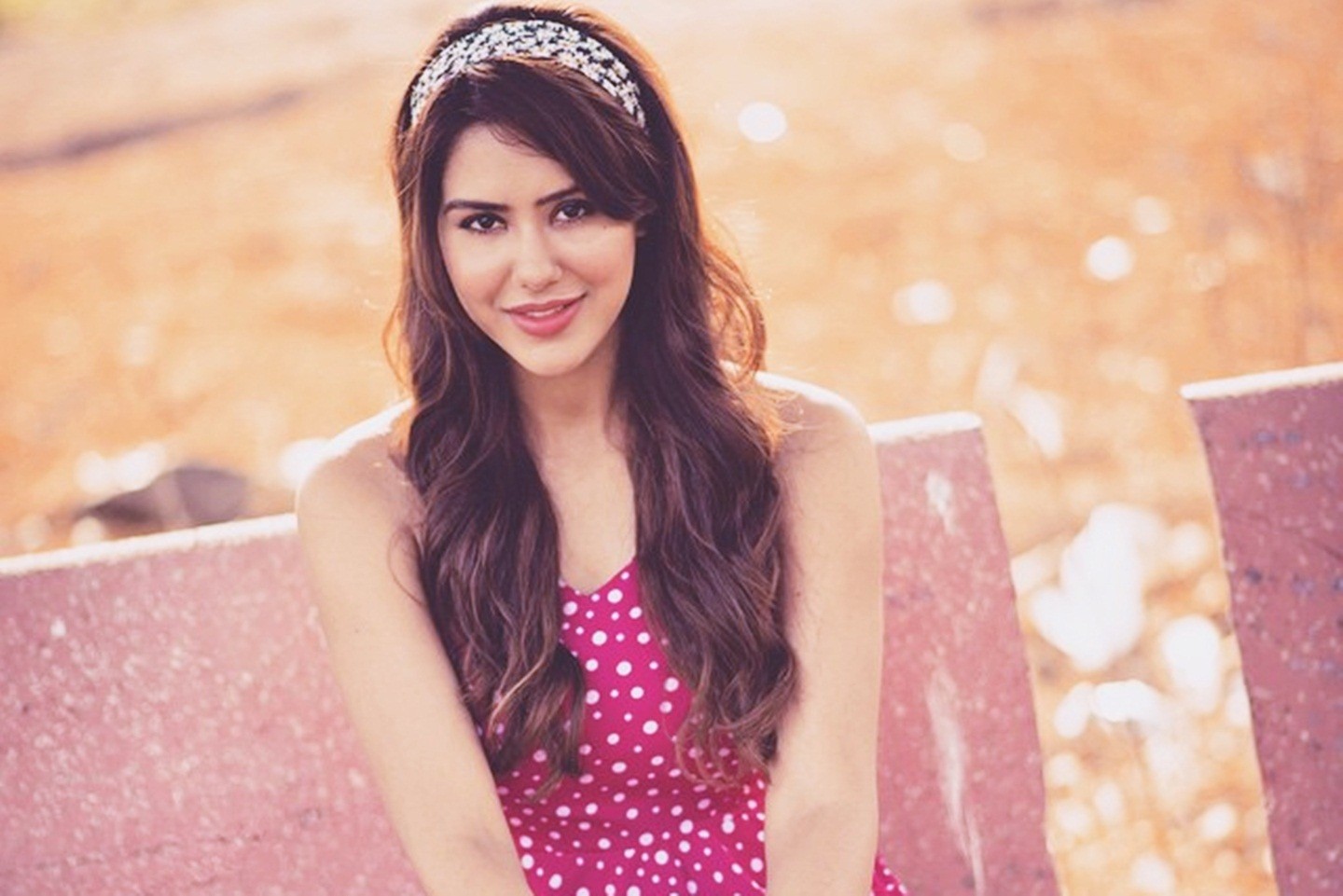 Her next significant movie where she starred with Diljit Dosanjh for the second time was Rohit Jugraj directed Punjabi film ‘Sardaar Ji 2’ that was released on June 24, 2016. The film where the duo starred in lead roles again became a blockbuster repeating history of ‘Punjab 1984’. It grossed 2.05 crores on the first day and 14.25 crores in the first week of its release. While describing her character Diljot in the film, Sonam said in an interview, “So my character’s name is Diljot. She is a student from Punjab who goes to Australia. She is just fashionable that is all she is concerned about. Her hair, nail, make-up, shoes you name it everything. There is even a kidnapping scene and all she is concerned about is her looks.” On relating her real life persona with the reel character, Sonam’s take was “We are both different. I am the opposite. I love being causal and in my gym clothes. But performing the character of Diljot was fun, a great experience and memorable one.”

She made her debut in Telugu films with G. Nageswara Reddy directed comedy ‘Aatadukundam Raa’ that was released on August 19, 2016. As a debutant she made quite an impression with her stunning looks and performance starring opposite Sushanth. She also made a special appearance in a song of the Telugu action romantic comedy film, ‘Babu Bangaram’ that was released on August 12, 2016. 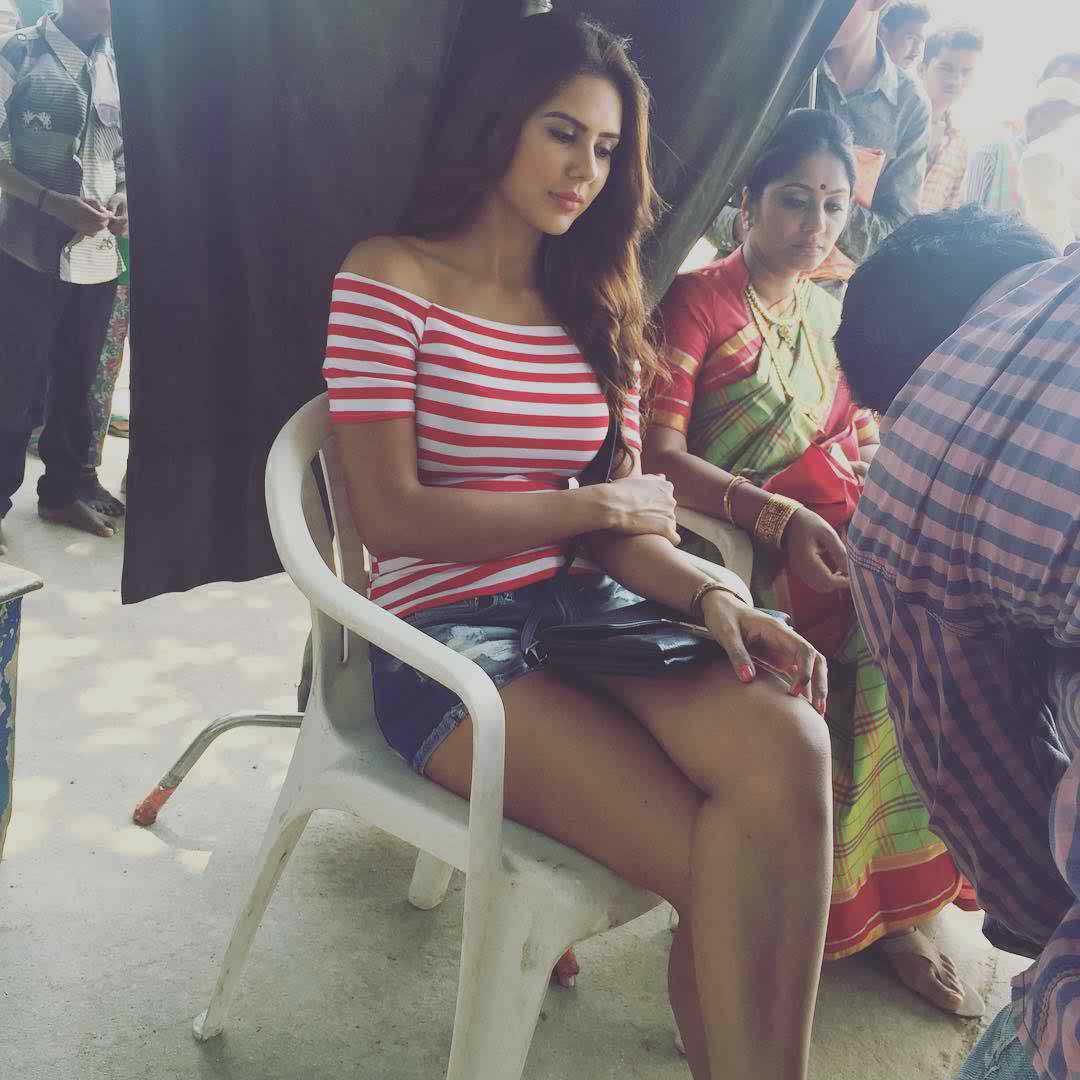 Her recently released Punjabi film ‘Nikka Zaildar’ directed by Simerjit Singh that opened in theatres on September 30, 2016, is a romantic drama where she stars opposite Ammy Virk. Her upcoming Punjabi film ‘Super Singh’, slated for a 2017 release, will see her sharing big screen yet again with Diljit Dosanjh. 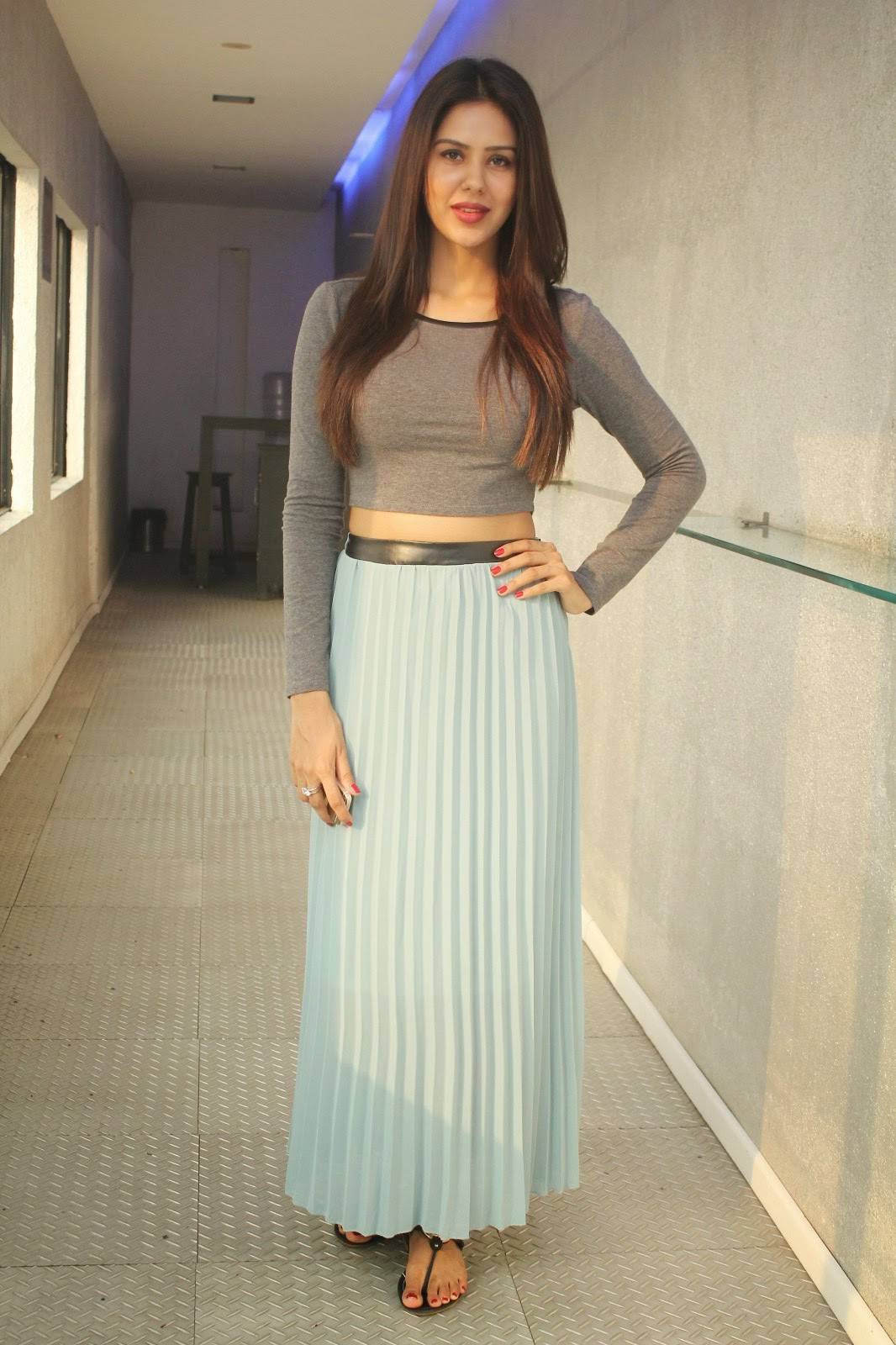 This beautiful actress is not only toying with films of different languages but also essaying varied kind of roles starting from serious to the more lighter ones and in this way is continuously challenging herself in pursuit of honing her skills as an actress and thereby proving her versatility. We wish this gorgeous and talented diva a great career ahead!