With the world bent on having the necessities of their lives at their fingertips, it was just about time that someone envisioned the idea which Practo brought to the market. Not just an accessory, a necessity in this case. With food app services, shopping and almost everything under the sun just a click away, Practo used the same ideology, but just applied it to a greater need- Healthcare. According to the Practo CEO Shashank, “Practo is on a mission is to help mankind live healthier, longer lives. We believe this is possible if we improve the healthcare experience for consumers by simplifying it and centering the whole ecosystem around them”. But how have they accomplished this objective? They have connected patients and practitioners digitally through their platform- Practo.

The Vision That Stirred A Revolution!!
It is usually when people are sandwiched between a wall and a predator that they begin to realize or crave for a way out, and a similar situation in the life of Practo’s would-be CEO Shashank, enlightened him to delve into this market—one that was practically non-existent. While still in college, Shashank was faced with the daunting task of having to decide on the life or rather fate of his father. Already in dire straits, Shashank sought a second opinion from doctors abroad regarding his father’s medical condition. His attempts ended almost as soon as they began because to know about reputed doctors and their relevant experience was practically impossible as there was no platform to share such details. Together with his friend and classmate Abhinav Lal from the National Institute of Technology, Surathkal (Karnataka), he decided to embark on a mission to bridge this gap between patients and doctors, a decision that resulted in making Practo a reality. 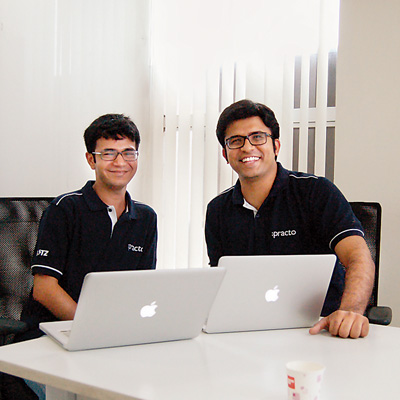 When And Where Was The Company Founded And How Much Are They Worth?
While still in their last year in college, the duo drafted their plan to formalize Practo and started the company in 2008. Practo is headquartered in Bangalore, India. Now with a growth of almost six times since its inception, Practo is estimated to have a net worth of Rs 1000 crore.

The Business Model That Interested Millions Of Professionals And Patients
“Being the pioneers in the segment we have been successful in implementing a technology model that caters to doctors and patients in the most efficient way, which sets us apart from other players in the market” says Shashank. After a grueling 18-months of looking into every intricate detail to correlate their idea with their vision, the company launched Practo Ray, a B2B (Business to business) software service management that gives doctors the ability to organize appointment schedules, track past medical records, provide e-prescriptions and billings as well as putting the cherry on the cake with their IVR (Interactive voice response) telephony and healthcare solutions for the patient. Practo Search, on the other hand coupled with Practo Ray, as a search engine to make the process even less convoluted. The subscription fee for the doctors on this portal was bracketed at Rupees 999 or 1999, with the premium pack including cloud telephony-based IVR system for doctors. 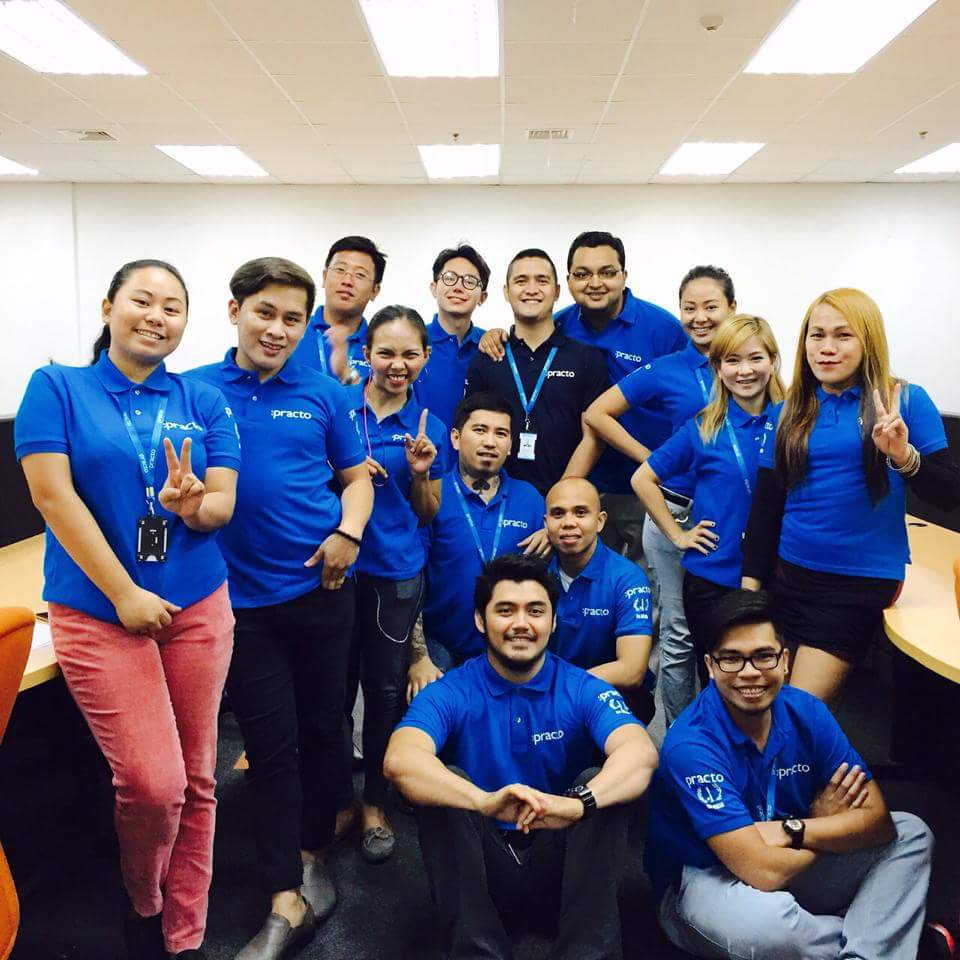 In 2013, the company launched their revolutionary site ‘Practo’, taking the health industry by storm. The website critically bridged the gap between patients and practitioners, enabling patients to locate the closest doctor in their area with regard to a particular treatment and boosted the doctor’s exposure to those requiring his/her skill set. The move was two-fold and benefited both the involved parties. In addition, the website provided essential information about the patient and the doctor, lab, hospital and so on, adding weight to its importance in this day and age. As the site was both free for the doctor and patient to access, the company generated revenue from the ads displayed on their page, which was mainly of hospitals, healthcare institutions, etc. much similar to that of Google Search’s AdSense policy.

Revolving around their ‘Patient First’ philosophy, the company emphasized on listing all doctors and patients for free, the doctors although, had to go through a screening test to check the authenticity of their past experience and legitimization of their course. The patients were granted the liberty of booking appointment for free, giving them the pliability they deserve in such situations. In the words of the founder, he states, “We at Practo envision a world where technology will help consumers find the best doctors with a few clicks. Generating, accessing and storing health records would be entirely digital. Patients will have a single health account linked to their families that stores their health information securely, provides helpful information (prescription reminders for example) in a timely manner (prescription reminders to take medicines for example) to help people live healthier, longer lives.” 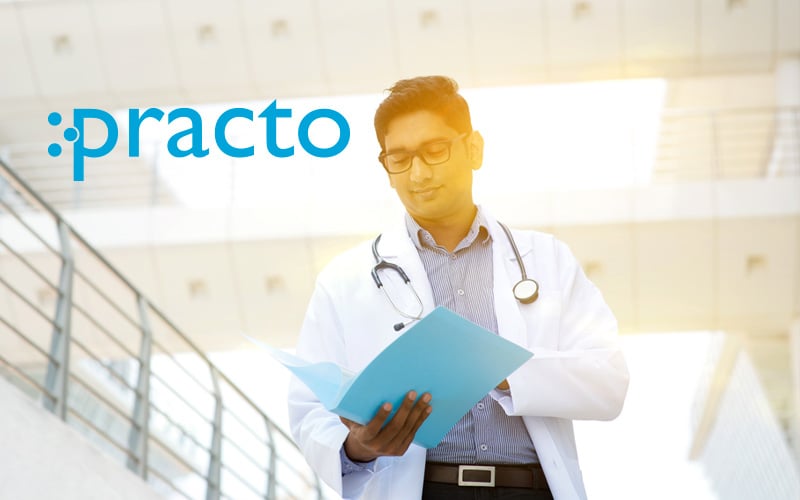 Early Challenges
For Practo, disrupting the market, and one which was stagnant and lacked direction with regard to this field, was the biggest challenge. Practo’s CEO Shashank reminisces that this was one of the many factors that kept them going through their difficult- nascent stages. Once establishes as a brand, getting the website to function in areas where internet penetration has not reached its peak (slow internet) was one of his biggest challenges. Creating a hyper responsive site was the key and uncompromisable. In addition, sending out his ground staff to rigorously collect detailed information about the doctors they chose to work with was a hurdle that was either make or break for his campaign. His adamance on working only with “genuine” doctors made the process even harder but in return it meant that people would be able to trust everything posted on the platform. Refuting to use third-party information on medical conditions probable proved to be the hallmark of this company. Lastly, building a sustainable infrastructure and servers to deal with the huge number of people visiting their site and administering their trust in it by enrolling themselves was and is still is their biggest challenge. In response to this, he adds, “We keep a dedicated team that ensures our service is always available and is hyper responsive.”

Practo’s Success Mantra
According to Shashank, maintaining clarity of their vision through every step of the way is the key. Giving the liberty to every employee to claim ownership of his/her job gives them a fulfilled sense of responsibility in this campaign. In addition, he adds that choosing the right investors and keeping them in the loop of their success is vital in maintaining a healthy rapport. Apart from this, Shashank views his penetration into Singapore, Philippines and numerous cities in India as the prime reason why his growth has been exponential, enabling them to hold a good 90% of the market share. Now, by already having 10,000+ doctors on the grid, 10 million electronic patient records, over 7.5 million unique patients and over 7-million appointments made every year, and their ambition to spread their tentacles to Europe, North and Latin America, and adding healthcare resorts, spas and so on to its kitty, it seems that Practo is truly on a roll. 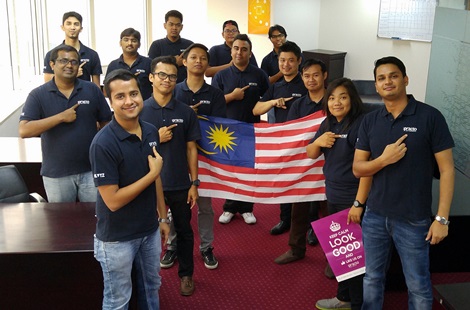 Acquisitions That Boosted Their Growth
With the aim of expanding to 15 more countries, Practo acquired Insta Health, to digitalize healthcare solutions on a large scale, for $12million. In addition, to deal with their surge in demand, they acquired Genii Technologies and Qikwell Technologies to deal with their database management and security. Post its $30 million funding from Sequoia Capital and Matrix Partners in Feb 2015, they acquired Fitho Wellness to aide them with their digital fitness platform. Shanshank feels that acquiring already established companies is the fastest way forward and this is exactly what the company is doing . 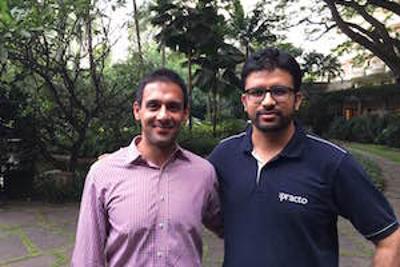 Threats They Face
Despite its alarming growth, sites like ZocDoc pose a threat to its penetration in many American cities. Questions will be posed with regard to technology between the two as ZocDoc has already penetrated the field of virtual reality and next generation technology to reach out to its customers, while Practo is still in the stages of maintaining and just about delivering satisfaction to its growing population. Another threat is the inaccuracy of its search engine, posing a huge question to the technical team on the whole and whether they will eventually start charging doctors a subscription fee, a move that might lose them customers to their competitors. 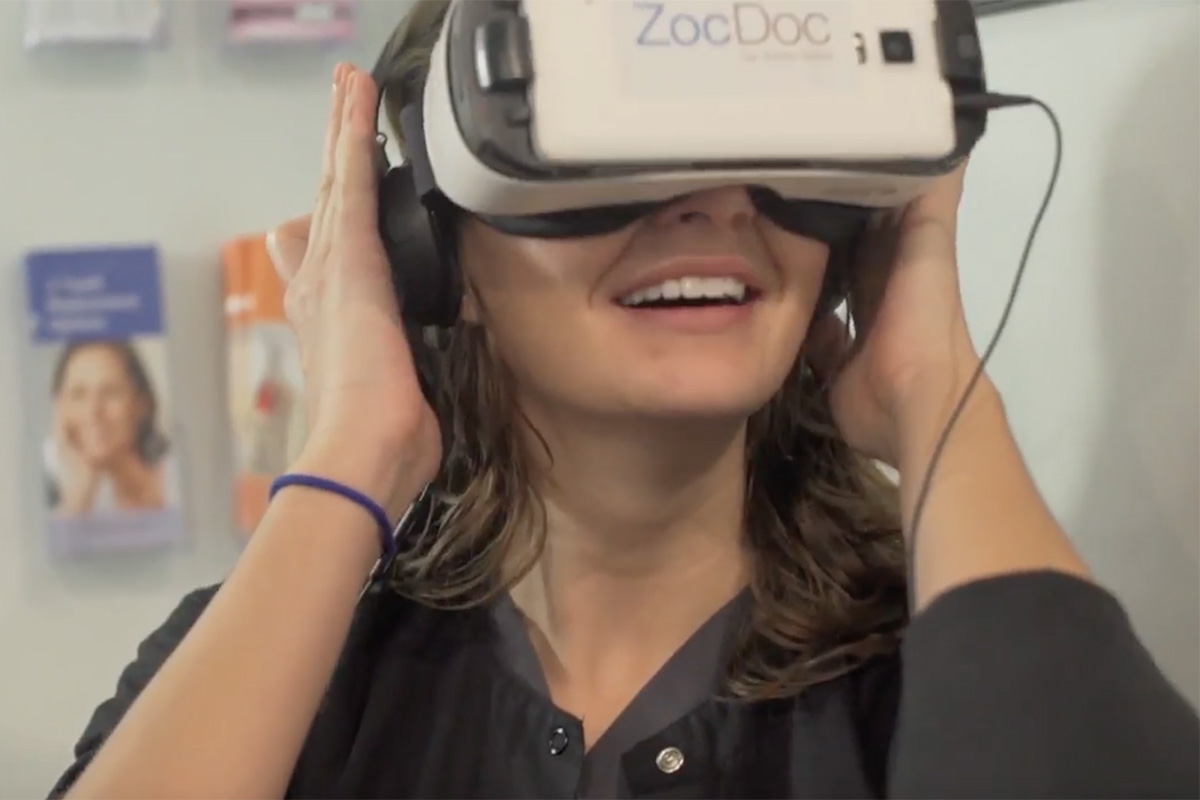