Top 10 Most Haunted Places In The World

Do you believe in the supernatural? The debate on whether ghosts exist or not have been doing the rounds since immemorial. While believers insist on the hauntings being a reality, skeptics try finding a logical reason behind the apparitions and unexplainable. Irrespective of whether you believe in them or not, it is a fact that the unknown is bound to make most people feel disconcert. There have been ghost hunters around the world, who claim that drops in temperature, or random noises, or even the appearance of a hollow figure can be attributed to several scientific explanations. However, not all phenomena can be justified, and we are often left wondering if there is some truth to all the claims. The sites given below make it to the list of the top 10 most haunted places in the world, because of certain experiences that cannot be described rationally. Scientists and ghost catchers have tried and failed, thus making the mystery surrounding these locations, a compelling force in instilling fear in people.

1. Screaming Tunnel, Niagara Falls, Ontario
Visit the Screaming Tunnel, strike a match, and wait. Within seconds, as the legend goes, you will experience the most terrifying moment of your life, when a young girl’s blood-curdling scream rings through the hollow tunnel, raising every strand of hair on your back. The Screaming Tunnel was built in the 1900s, for the purpose of removing excess water from farms close by. It is believed that once upon a time, a young girl had been set ablaze, and she had run into the tunnel to save herself. Unfortunately, she was too late, and was charred to death. Speculations about the start of the fire are varied; while some say her house caught fire, others opine that she was raped in the tunnel, and was burnt and killed as a means to fudge evidences left behind by miscreants. Since then, this tunnel has been considered one of the creepiest places in the world, giving many passersby the fright of their lives, if they ever make the mistake of lighting a match. 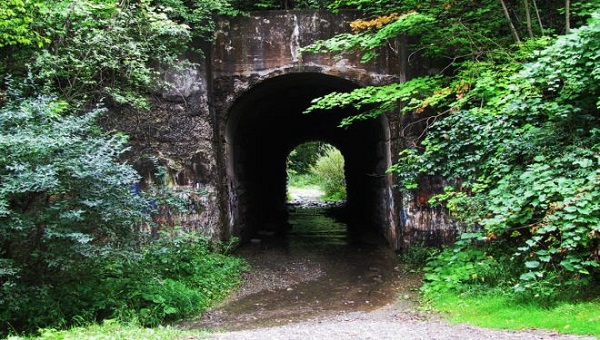 2. The Amityville House, 112 Ocean Avenue, Long Island
In 1974, the infamous DeFeo killings took place in the Amityville House, where the eldest son of the family, Ronald, brutally murdered his whole family one night. The slayed included his parents, and four siblings, all of them lying on their stomachs and shot at the back. After several rounds of investigations, DeFeo Jr. was charged with homicide, though the murderer claimed that he was possessed by evil spirits. Thirteen months later, another family, the Lutzes, moved into the house, which they bought at a slashed price. Things were pretty normal, till George, the head of the family, started becoming aggressive, as if he had the ‘devil’ inside him. To add to it, things in the house moved around randomly, and rooms started emanating pungent odors every now and then. Strangely, the Lutz children began sleeping on their stomachs, similar to the DeFeo kids when they were shot. A priest, Father Pecoraro, who was called upon to bless the house, claimed that he heard a voice asking him to “Get out!” But all efforts of exorcism failed, and the family was forced to vacate. Whether or not the spirits were those of the DeFeos or were present even before the murders is still a speculation. However, the stories are widely believed, thus becoming a place ignored by the locals. 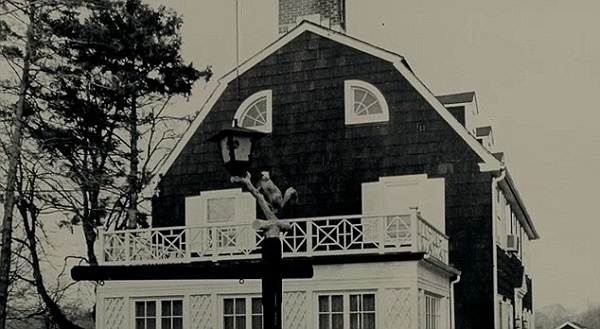 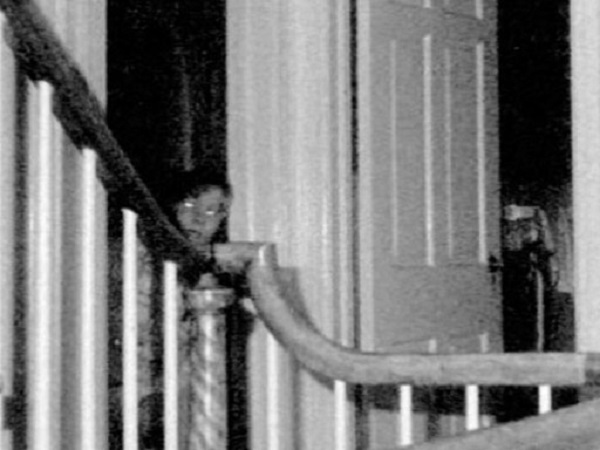 3. Edinburgh Castle, Scotland
The Edinburgh Castle, a home of the royal families of Scotland, was built more than 2000-years ago, and is considered as one of the most haunted places in the world, with several war-prisoners having been executed during the wars fought here. Numerous legends are associated with this castle. There is a network of underground tunnels, where a piper was sent to investigate. The piper kept playing his bagpipe to keep people above the ground informed of his whereabouts. However, midway, the music stopped and the piper disappeared. Despite repeated efforts to rescue him, he was nowhere to be found. It is said that the piper’s ghost haunts the castle even to this day. People have often experienced many ghost sightings, including that of the piper, a drummer whose head has been cut off, and the spirit of a dog. Visitors to this eerie site have complained of getting cold shivers, being touched on the face even when no one is around, and the constant feeling that they were being watched. 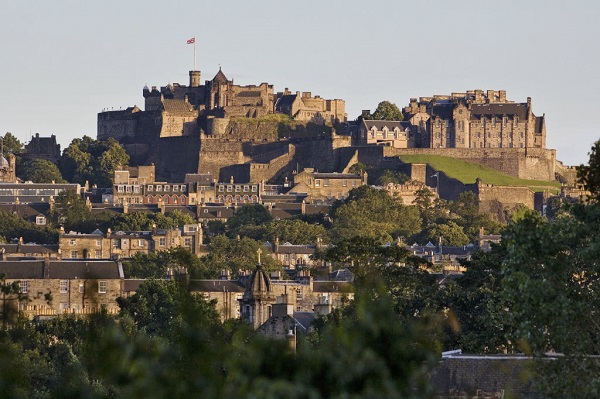 4. Waverley Hill Sanatorium, Louisville, Kentucky, USA
This hospital was built a long time ago to treat patients afflicted with tuberculosis. The techniques employed to treat them were unusual and often translated to torture, leading to the death of 63,000 people, in a span of just fifty one years. The tunnel inside the hospital was used to store the large number of corpses. It is said that the spirits of dead patients and doctors are rampant inside the premises. Room 502 in particular has an uneasy history, and people claim that being in there makes them queasy. A nurse had supposedly committed suicide by hanging herself. Another nurse had jumped to her death from the same room. Rumor has it that doors open and close by themselves, and shadows are often sighted on the fourth floor. Visitors also insist that they have seen a faceless girl, and a young boy who plays with a ball on the third floor. These stories are enough to make anyone get goosebumps, and hence the Waverly Hills Sanatorium is another site that falls under this category. 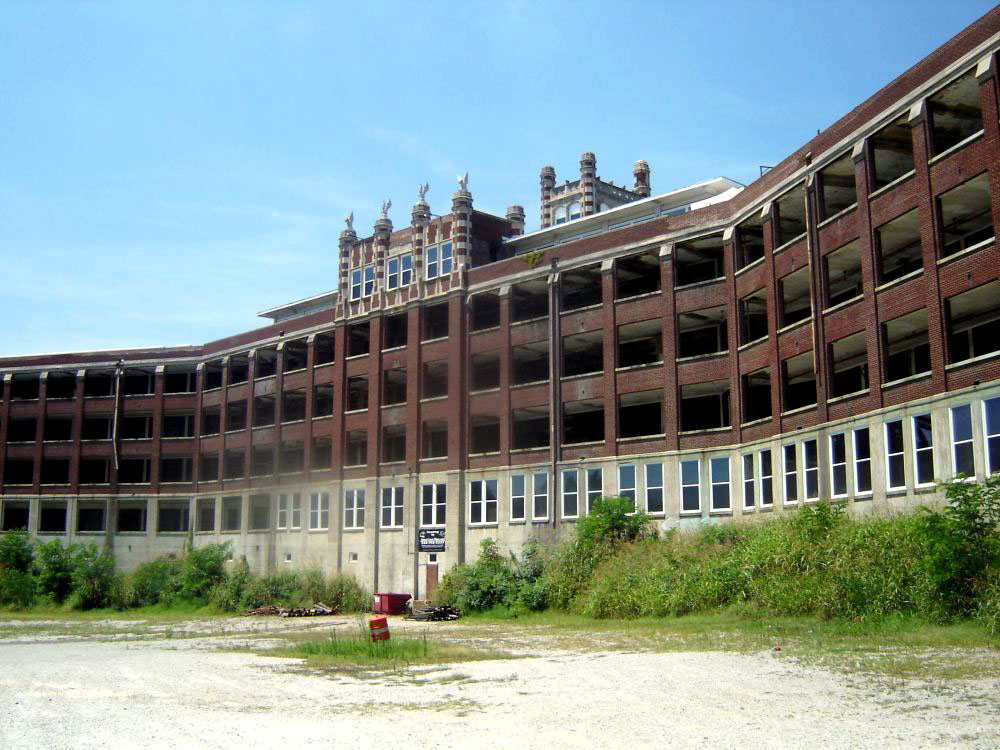 5. The Tower of London, England
This is definitely one of those places that send a chill down your spine, because of its unearthly apparitions, and the gruesome history behind them. The wandering souls which have been most frequently noticed in the Tower of London are that of the Countess of Salisbury, Lady Jane Grey, and Ann Boleyn. All three were executed at the Tower, though separately in different years. Lady Jane is often seen in white, while Ann Boleyn appears with her head in her hand. The Countess of Salisbury is seen repeating the scene of her wrongful death sentence, when the executioner ran after her to behead her. 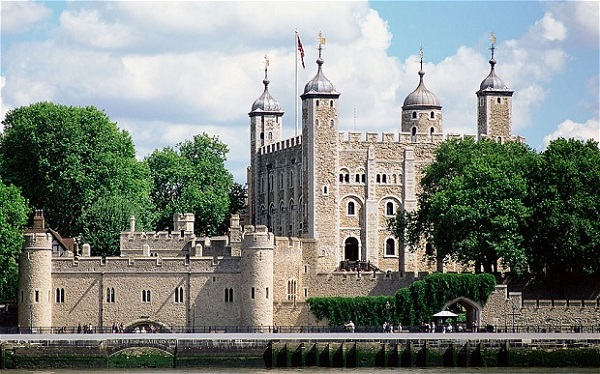 6. Bhangarh Fort, Rajasthan, India
This fort in Rajasthan, India, is widely thought to be one of the most haunted places in the world, so much so, that even the Indian government prohibits people from visiting the otherwise beautifully constructed monument after dark. Legends of the place being cursed during the rule of King Madho Singh are still believed. All the houses around the fort have no roofs, since whenever someone builds one, the ceiling caves in with no logical explanation to it. Many incidents have been reported where people have visited the fort after dark, out of curiosity, and they have either gone missing or have died under mysterious circumstances. Possessed or not, a visit to place is sure to leave you feeling cold and depressed. 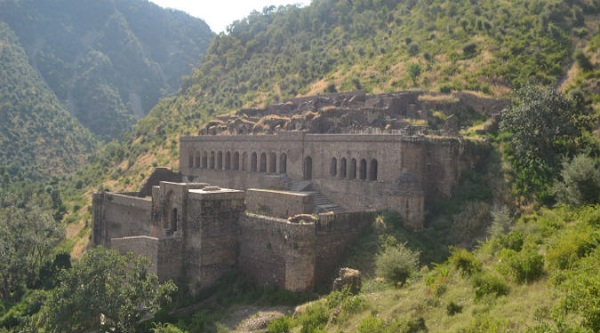 7. Monte Cristo Homestead, New South Wales, Australia
The Monte Cristo Homestead, belonging to a man named Christopher Crawley, is often regarded as the most cursed mansions in Australia. After Crawley’s death, his widow, Elizabeth reportedly lived there for the next twenty-three years, seeing the light of the day only twice during that time. Often locals have complained of having seen flashes of light and strange figures, sometimes accompanied by eerie sounds. These occurrences are often traced back to accidents that took place in the house in the past. Rumors of various murders and fatal falls are rampant, with people claiming that these tragic events are the cause behind hauntings at the mansion. Be it Elizabeth Crawley’s stern-looking ghost or that of a slave boy who was burnt to death inside the house as retribution, even pets are uncomfortable living inside the house. 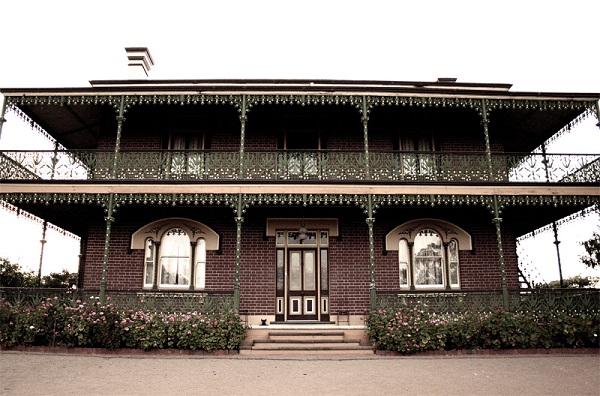 8. The Stanley Hotel, Estes park, Colorado, USA
This place and the ghost stories associated with it are so spooky that the Stanley Hotel formed the basis for Stephen King’s bestseller, ‘The Shining.’ Though the whole hotel is supposed to be creepy, it is mainly the banquet hall and room 217 that has the most recorded uncanny events. The appearance of these unearthly figures has often been attributed to a gas explosion that had taken place in Room no. 217, resulting in a few deaths. One major legend is that of a maid Elizabeth Wilson, who was injured in the blast, but managed to survive. However, after her death, her spirit is said to be lurking in the room, often folding the guests’ clothes, or jumping into bed with any unwed couple. As another tale goes, the piano in the banquet hall can be heard playing, even when there is actually no one present. Though the stories vary from one another, occasionally, it is true that the hotel has a dark past, and the effects end up showing. 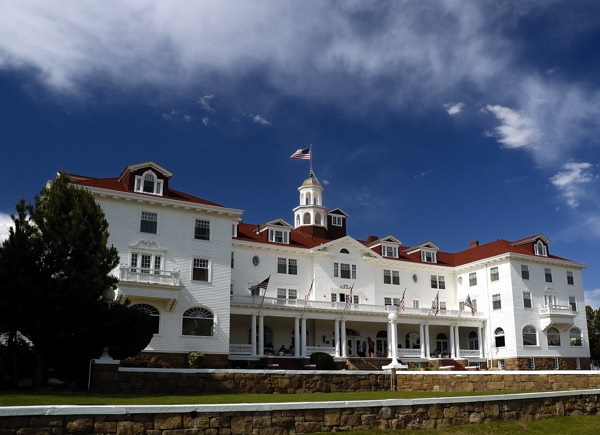 9. Highgate Cemetery, North London, England
This architecturally brilliant burial ground, spread over a wide expanse, has a sinister air to it, especially at nightfall. After the end of the World War II, this popular graveyard soon became neglected, with creepers growing through the tombstones, making them appear as if they had been ravaged by some ominous force. Whether you believe in ghosts or not, the cemetery obviously has a petrifying atmosphere. Several locals have recounted stories of mysterious circumstances faced in and around the place. Several apparitions have been noticed, including that of a ferocious man disappearing into thin air, and the wandering spirit of an insane old woman. 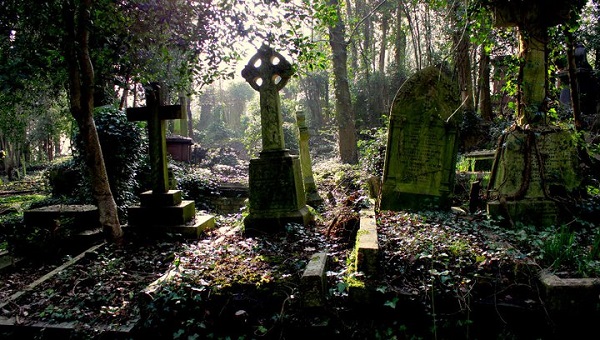 10. Alcatraz Prison, San Francisco Bay
The inmates of this strongly guarded prison often insist on having seen unnatural figures once in a while, a claim that the wardens rebuff. However, there have been times when the staff members themselves have encountered such phenomena. Whispers and the sound of chains in the unoccupied cells of the prison are common occurrences. It has also been reported that once an inmate was found mysteriously throttled the day after he had complained of having seen red eyes in a tenebrous area. In the past, several prisoners had taken their own lives, while others were murdered by some inmates. It is believed that the ghosts of the dead lurk around every nook and corner of the prison. 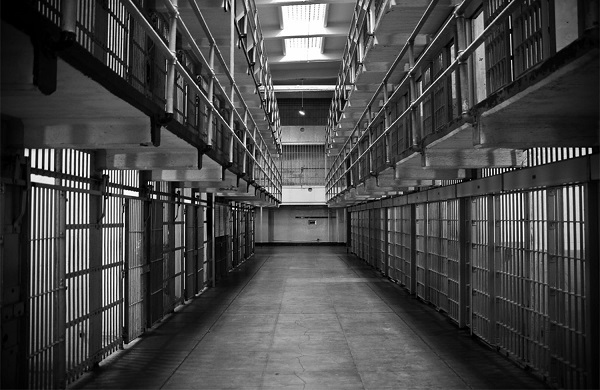