Dominic West once exclaimed, “I like to believe there are ghosts all over the place!”, thus voicing every horror fanatic’s silent thoughts. Horror films are probably most people’s favorite genre, though it is kind of ironic that what scares you out of your wits can also be your idea of fun. While the debate goes on, as to whether ghosts exist or not, catching up on a horror movie is sure to give you the thrill you seek. Whether you are a fan of gore or subtle nuances of a haunting, these movies will definitely prove to be an unforgettable hair-raising experience. Eerie sound effects, spine-tingling visuals, and sudden unpleasant surprises—such films have it all. Have you ever tried watching them alone, especially at night in the dark? It’s a challenge that most people wouldn’t dare to take up. So here’s a list of fifteen scariest horror movies that you shouldn’t watch alone.

This horror movie series is an American take on Ju-on, a Japanese film, and its sequels. The first two movies are directed by Takashi Shimizu, while the last was made by Toby Wilkins. The story follows a curse unleashed by a dead Japanese family, and the fatal effects on anyone who comes in contact with the malediction. The main characters in the three movies were played by Sarah Michelle Gellar, Amber Tamblyn, and Johanna Braddy, respectively. While the first two films were box-office rages, The Grudge 3 was a moderate success. Try watching the movies alone, and you are sure to feel queasy in your stomach. 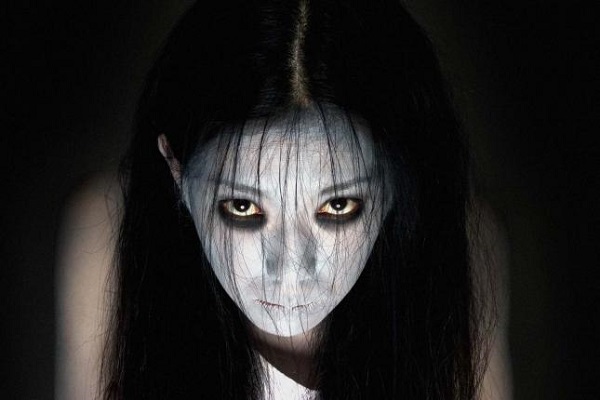 Shutter is an American film that is based on a Thai movie which is an eponym. It depicts a newly wedded couple who experience strange incidents after an accident in which they seemingly kill a young girl. After thorough investigation, the wife, Jane realizes that the girl in the accident, Megumi, had died much before that. Ben, Jane’s husband had been in an affair with Megumi, but after a fall out, the young man had suddenly left the latter. Megumi commits suicide, and since then has been haunting the couple. What is more bone-chilling is the fact that throughout the film, Ben has shoulder ache, and in the end it is seen, that Megumi’s ghost has been riding his back all the time, even after he is committed to a mental asylum. 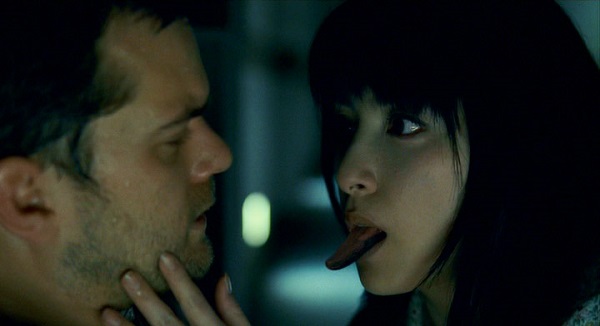 Like The Grudge, this film franchise too has three movies in its kitty, all grossing collective box-office earnings of $297 million. The first film revolves around a couple whose son is in coma, and how the family experiences strange incidents. They hire a psychic who helps their son get rid of the ghosts that have possessed him. The second movie centers on the father of the child, and how when he was small, he too had been possessed. The third film is all about the psychic from the first two movies. The films are so eerie that you’d rather watch them through the gaps between your fingers. 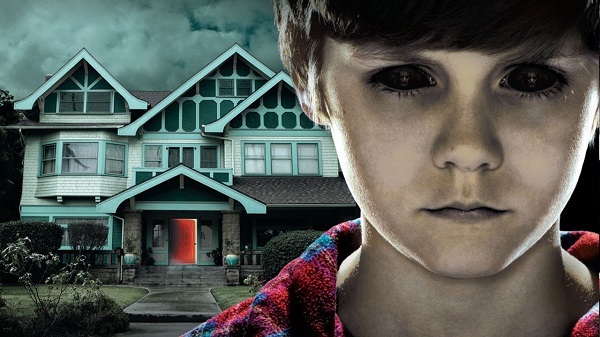 A cornea transplant that’s supposed to help Sydney see, takes a scary turn when she begins having visions of ghosts. What is even more terrifying is the fact that only she can see them, and no one believes her. Adapted from a Singaporean-Hong Kong horror film, The Eye grossed 12.4 million dollars at the box-office. 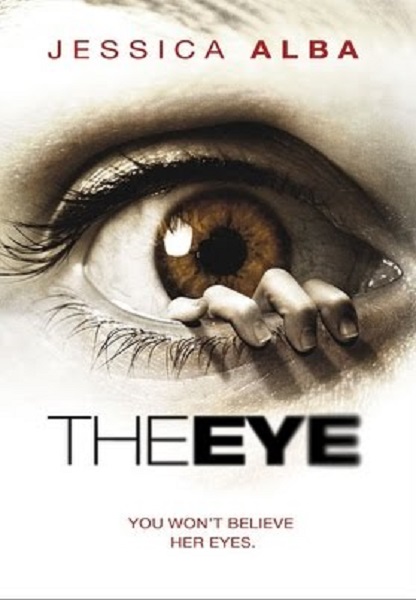 Starring Ethan Hawke, as a writer of crime stories, Sinister revolves around a box containing videos footages of gruesome murders. As the protagonist investigates into the murders, he realizes that a demon figure is present in each video. From each of the murdered families, one child would disappear. Soon, the writer realizes that the families have been murdered by their missing children. He finds out that his daughter is the next target, but it is too late. 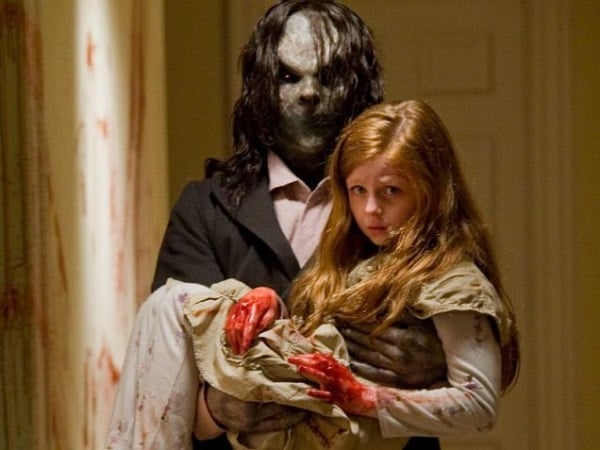 Starring Vera Farmiga and Patrick Wilson as investigators of supernatural activities, The Conjuring deals with a true story about the Perron family who had once experienced paranormal phenomena in their house. The visuals and sound effects used in the film make it a hair-raising experience, an inexplicable feeling that just won’t let you watch it alone. Released in 2013, this movie earned 318-million dollars worldwide. 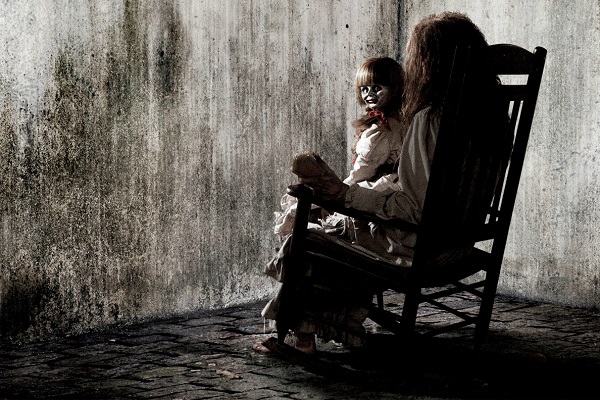 The Exorcist is often considered to be one of the scariest movies ever produced. Based on a novel that follows the real life exorcism of a young child possessed by demons, the only difference is that the protagonist here is a 12-year old girl, whereas the actual victim was a boy. So graphic in its content, the movie was banned in several countries. This horror film became a major success with box-office earnings of a whopping $441,071,011. 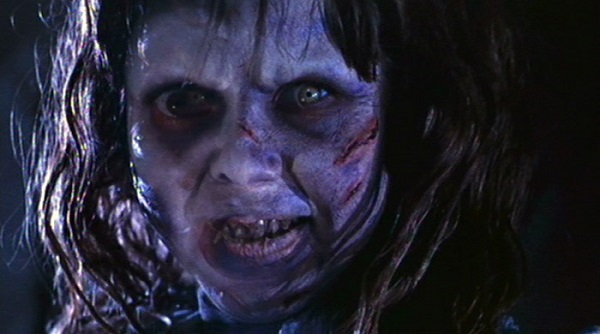 8. The Exorcism of Emily Rose

This beautifully made horror movie is partially based on a true incident of the possession and exorcism of a girl named Anneliese Michel. The film starts in the present where a trial is being held after the death of the protagonist, Emily Rose. As the story unfolds, in the past, with hair-raising instances of demonic possession, the court finds her exorcist, Fr. Moore guilty of murder due to negligence. 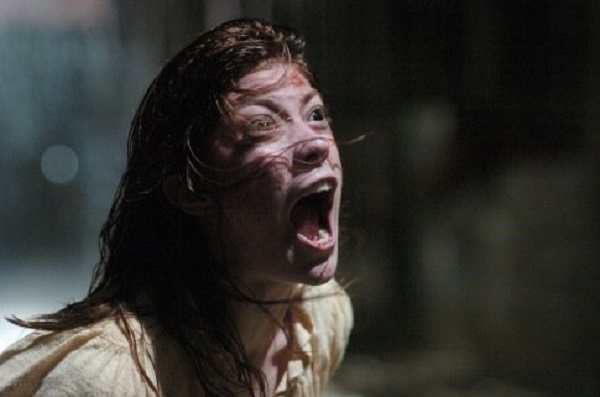 This film, about a haunted doll, Billy, and the spirit of a dead ventriloquist Mary Shaw, who controls it, is sure to make you jump out of your seat. After a young wife is killed mysteriously by Billy, her husband falls under suspicion. The husband travels to his hometown, in the hope that he will find out his wife’s actual killer. What happens next is nothing short of hell.

Another Japanese remake, The Ring, starring Naomi Watts in the lead role, was released in 2002. After a young college girl is killed, her aunt, a journalist, resolves to find the mystery behind her unnatural death. She finds out that a video tape has been doing the rounds, and anyone who watches it is bound to die. What follows is a series of uncanny mishaps, and a scare-fest. The first American remake of a Japanese film, The Ring grossed $249 million, making it one of the most successful scary movies of all time. 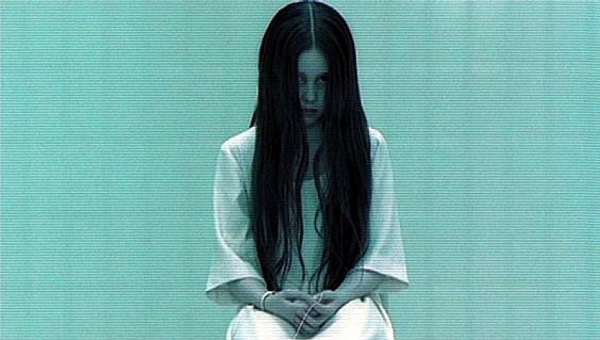 This horror film talks about a family consisting of a single mother (Nicole Kidman) and 2 children who live cooped up inside a house, without sunlight, owing to a condition called photosensitivity. Set during the period just after the World War II, Kidman’s character is waiting anxiously for her missing husband to return home. They encounter ghosts in the house, and soon, they are fighting to survive inside their own house. What is thrilling is the bizarre twist in the end. 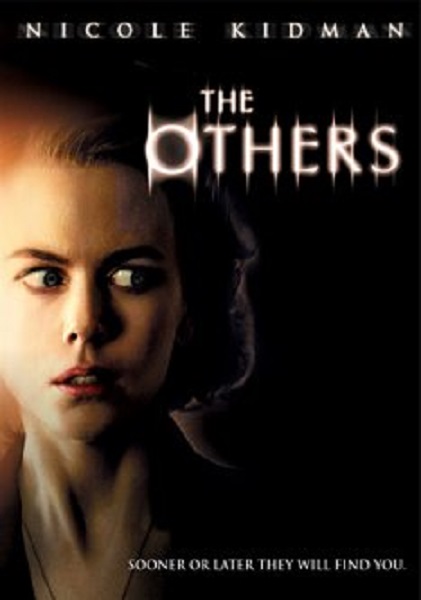 Based on Stephen King’s horror classic, The Shining, the film speaks about a new recruit to the ‘Overlook Hotel.’ The caretaker moves into the hotel with his wife and son, and the latter realizes he has the ability to see ghosts. Soon the caretaker exhibits signs of being possessed, and attempts to kill his family. The character of the protagonist has been brilliantly portrayed by Jack Nicholson. Though the movie did not perform too well initially at the box-office, eventually people started finding it scary, and was soon well-received by critics. 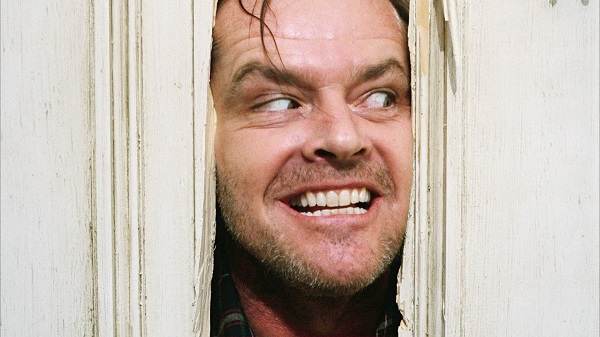 Made as a prequel to The Conjuring, but released later, Anabelle is a doll that a young pregnant woman receives as a gift from her husband. Soon, they realize that the doll is haunted, and what follows is a series of blood curdling events, all caused by the evil doll. 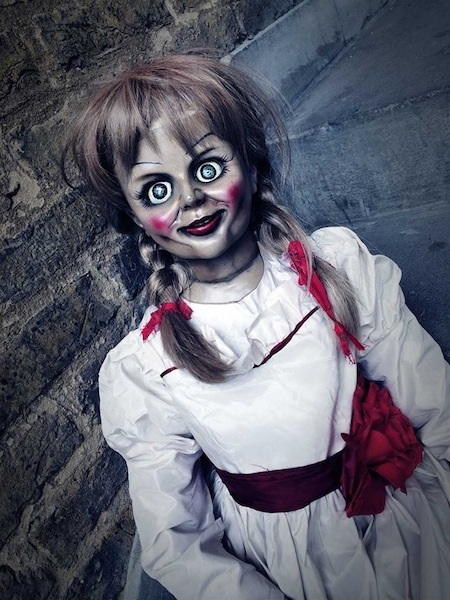 This terrifying horror film depicts the footage of a video shot by a television crew. The members of the TV show lock themselves up inside a haunted mental asylum, snuffing all claims of supernatural activities. The movie shot in documentary style lends an element of reality to the events, making it more horrifying than usual. In case you are watching the movie alone, you might be scared to turn off the lights and go to bed. 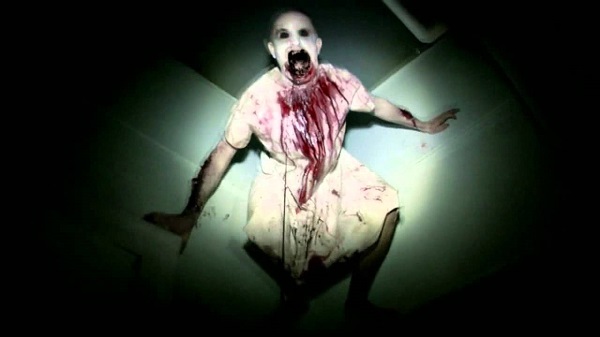 Touted as one of the scariest movies ever made, The Omen, released in 1976, is about a young childless couple who decide to adopt a son. The young child, looks like innocence personified, but in reality turns out to be evil. Needless to say, mishaps follow. The child actor does not say much, but does a brilliant portrayal of the Antichrist, scaring the audience with his menacing stare. 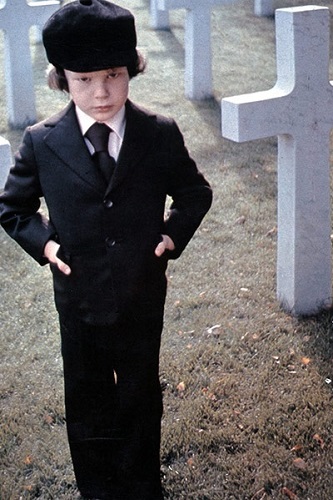