One of the greatest challenges of pursuing a career related to the field of glamour is to constantly look gorgeous and satiate the expectations of the admirers. Hence, celebrities have been seeking solace in cosmetics to resolve their aging woes. ‘Plastic surgery’ or ‘Botox’ would be the precise words to describe these beauty enhancing solutions. The King of Pop is perhaps one of the first people in the world to go through a drastic physical change and ever since many celebrities across the world have followed suit. Famous faces from Bollywood, especially women, are not far behind in terms of surgical experiments. Many actresses have gone under the knife to make themselves seem more glamorous onscreen. However, only a few of these cosmetic experiments proved to be successful and many others even ended up regretting their plastic surgery decisions. Here are 15 celebrities from the world of Bollywood, who tried enhancing their beauty through plastic surgery, but it just didn’t seem to work.

1. Koena Mitra
Koena Mitra’s current facial features are a standing proof to the fact that a haphazard plastic surgery can spell doom, especially if you have a career related to the field of glamour. The dusky bong beauty was hot property in Bollywood, especially during the mid-2000’s, all thanks to her sensational item numbers. In a bid to look even better and woo her fans, the actress opted to go under the knife. The experiment not only misfired but played a crucial role in putting an end to Koena’s tryst in the limelight. 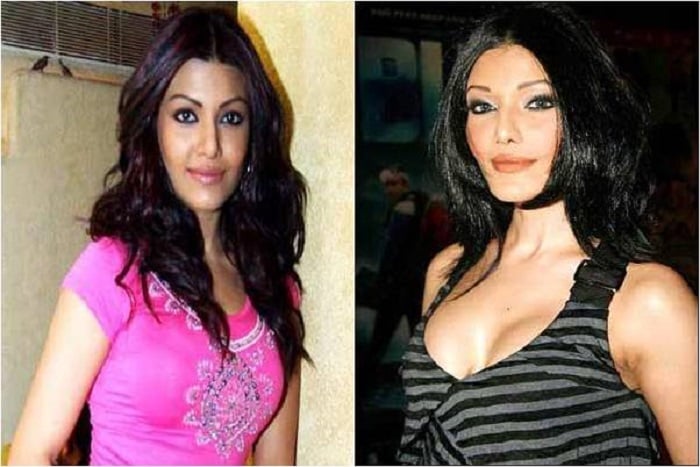 2. Kangana Ranaut
Her curly hair and unconventional looks, made this girl from Himachal Pradesh an instant hit amongst Bollywood fans world over. However, even Kangana got carried away by the Botox bandwagon of B-town and decided to transform her looks through artificial methods. The actress spent a whopping amount on getting her lips shaped and breasts augmented. 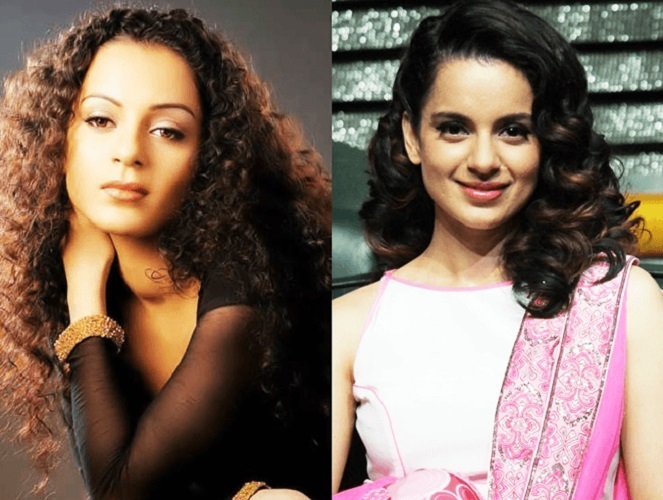 3. Anushka Sharma
The actress has been making headlines for quite a while now for her famous ‘lip job’. Many have even criticized the actress for tampering her natural looks and resorting to surgical procedures to enhance her beauty. The diva became a heartthrob overnight because of her girl next door looks in the Shahrukh Khan starrer ‘Rab Ne Bana Di Jodi’, but her transformed face hasn’t impressed many. 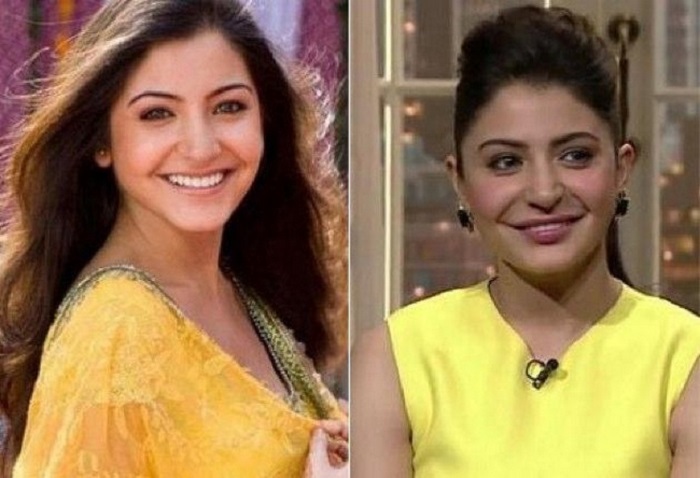 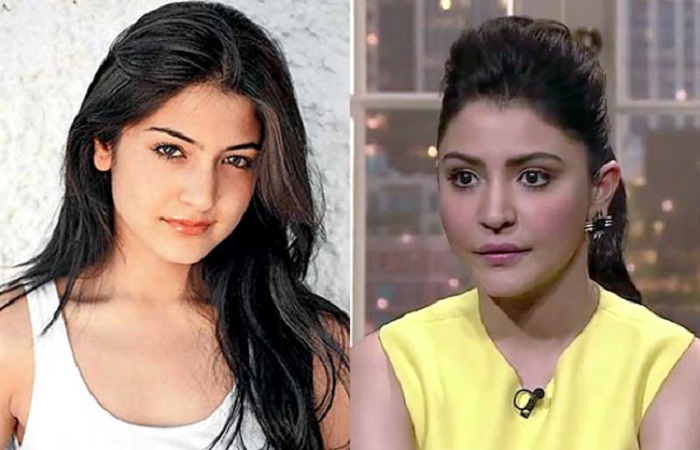 4. Minissha Lamba
The red cheeked actress was one of the prettiest faces of Bollywood and was adored by many for her role in the movie ‘Bachna Ae Haseeno’. Later, it seemed like Minnisha spent a lot of her valuable time in concentrating on her looks rather than improve her acting. Lamba  attempted to tinker her nose, and the new look of the actress didn’t go down too well with Minissha’s admirers who expressed their dislike on various online platforms. 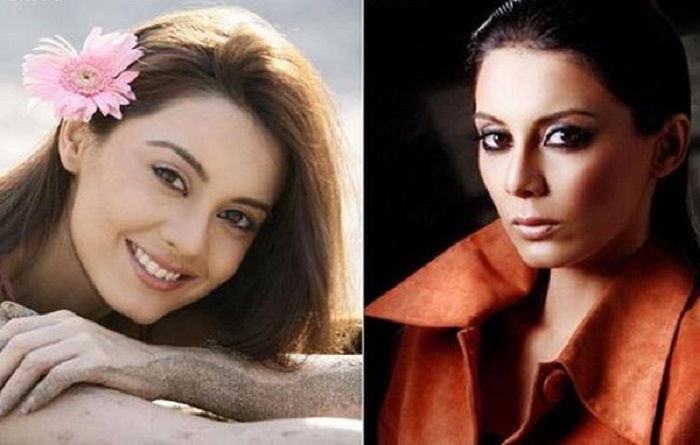 5. Gauhar Khan
Popular page 3 celebrity Gauhar, known for her supporting roles in movies like ‘Ishaqzaade’ as well as appearance in television reality shows such as ‘Bigg Boss’ is also not far behind her contemporaries. This glam doll too was obsessed with her nose and trimmed it down, making it seem like a narrow bridge across the face. 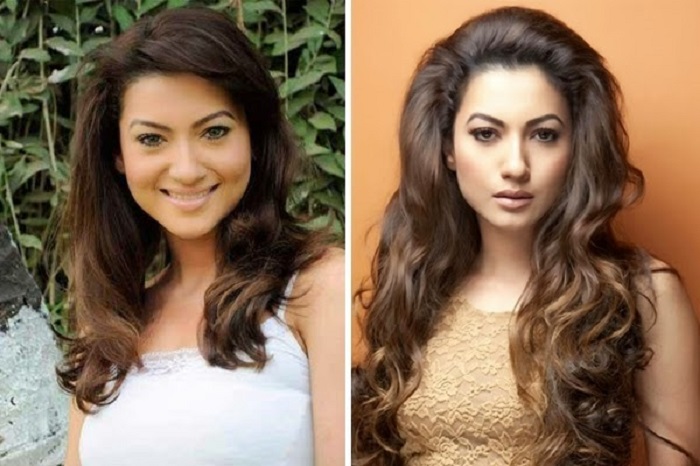 6. Rakhi Sawant
The drama queen of Bollywood has been more in the news for weird experiments than her work. Similar to buxom babe, Pamela Anderson, Rakhi Sawant too tried to pull off a silicon implantation on her breasts as well as a lip and nose reconstruction. Although the bosom experiment did pay off to a certain extent, the lip and nose jobs were disasters, as you can see. 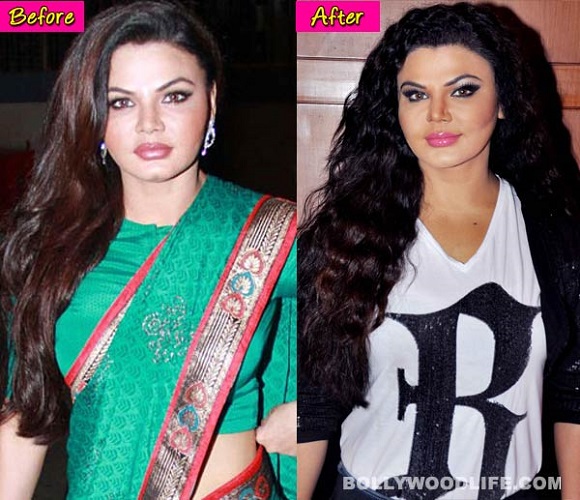 7. Juhi Chawla
The former ‘Miss India’, who is known for her wonderful smile should have probably retained her natural beauty. Many fans of the actress feel that the surgery conducted on her nose has resulted in the actress losing her yesteryear charm. 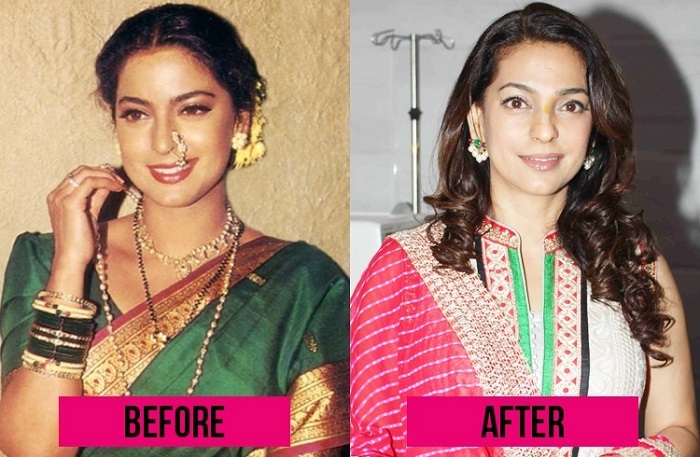 8. Priyanka Chopra
Priyanka, who first shot to fame after being crowned ‘Miss World’ in 2000, soon made it big in Bollywood. The actress then decided to tamper her lips and trim it, in a bid to make her pout seem more attractive. However, shelling out too many bucks on the surgery didn’t help in receiving too many praises from the fans. Interestingly, Piggy Chops has ever since been in a denial mode and has rubbished the claims that she went under the knife to get her lips re-shaped. 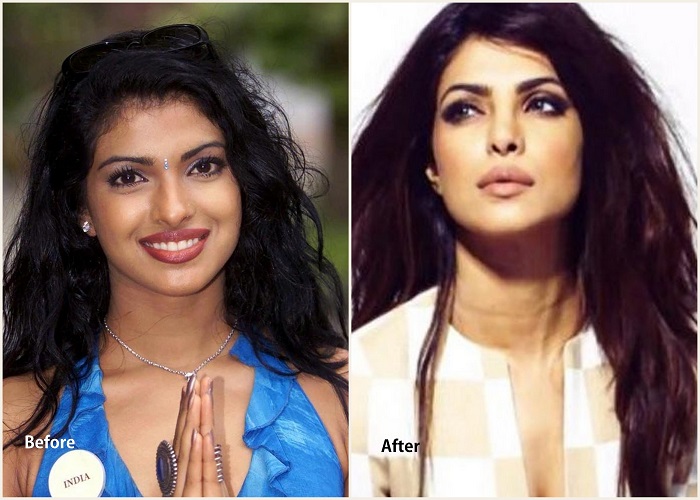 9. Sridevi
Sridevi is perhaps one of the first few actresses to grab the headlines for their much publicized plastic surgeries. Although the actress is considered an evergreen beauty by many, the way she looked in yesteryear flicks like ‘Chandni’ and ‘Nagin’ continues to be a hit amongst her fans. 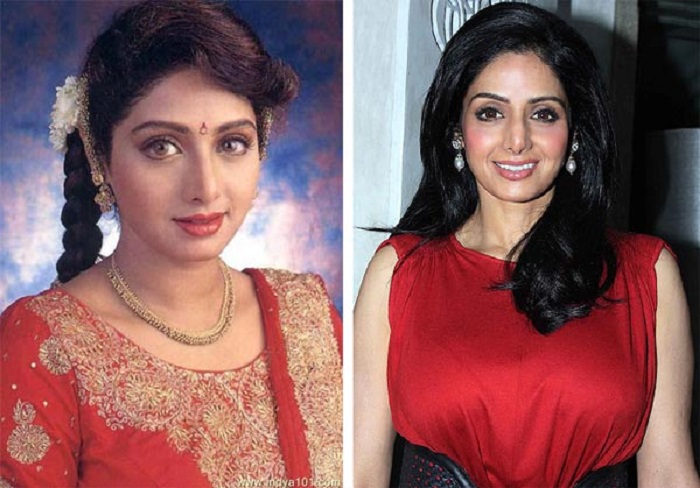 10. Shilpa Shetty
Of course, cosmetics have helped Shilpa Shetty transform drastically from a dusky, unattractive girl during the early days to a glam doll, but she’s also known for horrible plastic surgery episodes. Miss Shetty went for repeated nose surgeries after the first one turned into a disaster. 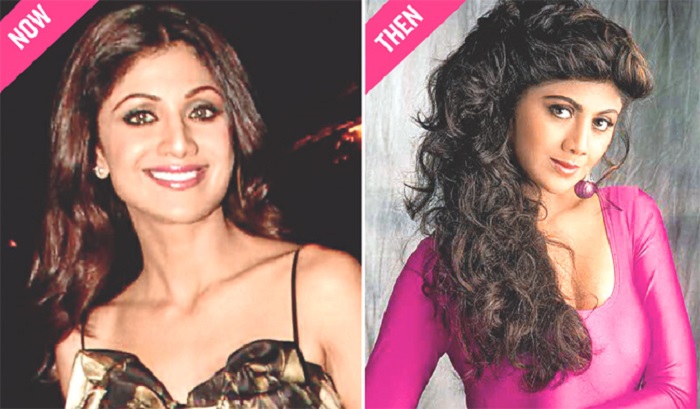 11. Sofia Hayat
The starlet, who has starred in a couple of movies in ‘blink and miss’ roles and made waves through the Indian reality show ‘Bigg Boss’, is one of the most searched Asian divas on the internet. However, recently she was in news for the terrible finish to her lips. 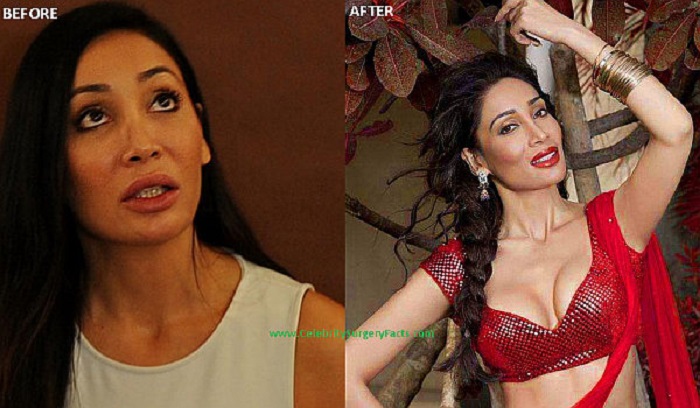 12. Preity Zinta
Many Bollywood buffs keep pondering as to what happened to this dimpled, bubbly babe. Zinta’s cute looks in her earlier flicks that made her a sensation across the country, but after a dose of Botox many started disliking the actress’ new avatar. Many even wished they had the Preity from the past decade back again. 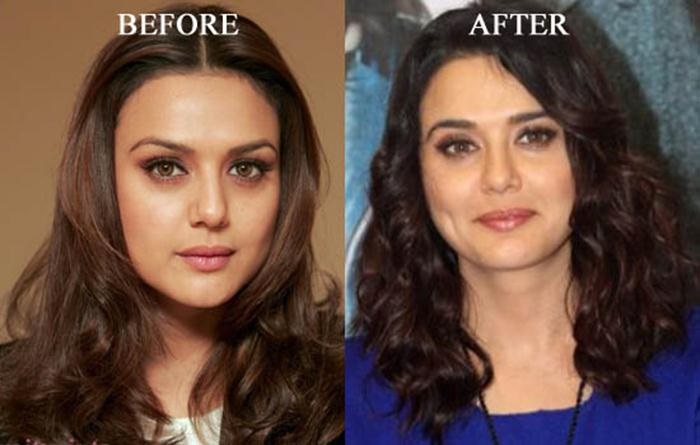 13. Kareena Kapoor
The queen who has been ruling Bollywood for over 15 years now has also added cosmetics well in excess to her face. A significant change in Kareena’s jawline and cheeks can be observed after the surgery. Kareena’s new surgery is in fact making her look quite older than she looked before going under the knife. 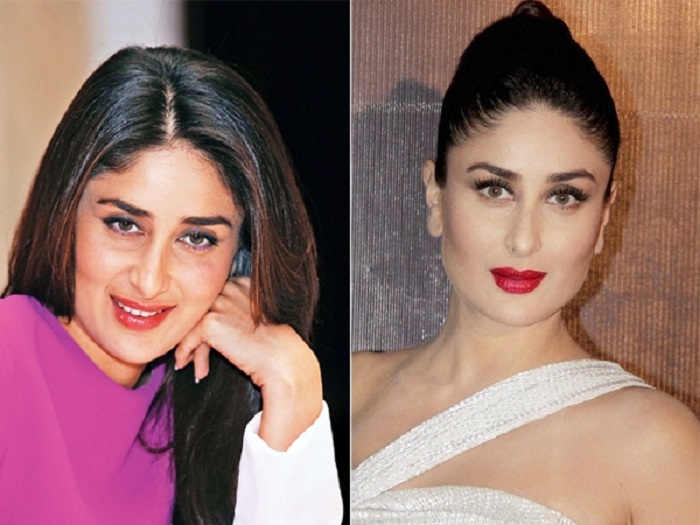 14. Ayesha Takia
This cute Ayesha Takia is known for going for a liposuction as well as breast enhancement, which has resulted in the masses remembering the actress more for her assets than her talent. 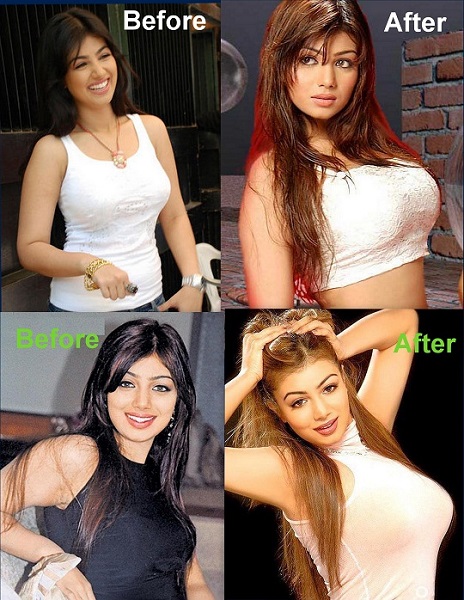 15. Gauri Khan
The wife of the reigning King of Bollywood, superstar Shah Rukh Khan, is known for being more of a socialite and indulging in interior decoration projects. From a good looking, simple Delhi girl, Gauri has turned out to be one of the leading consumers of Botox and nose jobs in the world of Bollywood. The surgeries has made her pout seem bigger and relatively unattractive compared to her younger self. 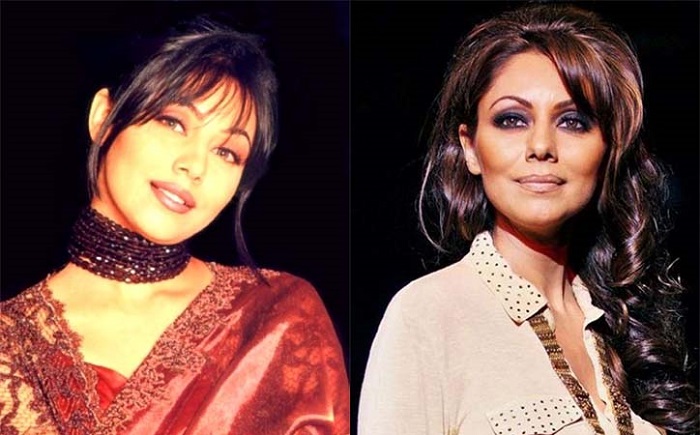