Bollywood is undoubtedly the pride of India and also a favorite amongst film buffs situated overseas. Known for its lavish budgets and colorful song-dance sequences, viewing these flicks in movie halls has been a great way of unwinding amongst the Indian masses. The blockbusters starring the three big names of tinsel town, Aamir, Shah Rukh and Salman Khan have always been crowd pullers and have pampered its producers with huge profits. A few flicks of these actors which released in the past few years are perfect examples of this pattern. Many Bollywood flicks which are reputed for being top grossers were released during public holidays such as Ramzan and Diwali, which resulted in larger crowds at movie halls. Here are 20 of the highest grossing Bollywood movies of all time and the profits earned by them are sure to leave you gaping in awe.

1. PK
The Aamir Khan and Anushka Sharma starrer ‘PK’, directed by Rajkumar Hirani, the acclaimed director of memorable flicks like ‘Munnabhai MBBS’, shattered box office records during the late 2014. The movie was not just hailed by critics for its screenplay and stellar performances, but also managed to earn a whopping 735-Crore rupees, which is approximately $110 Million. The movie is the highest grossing Hindi movie till date. 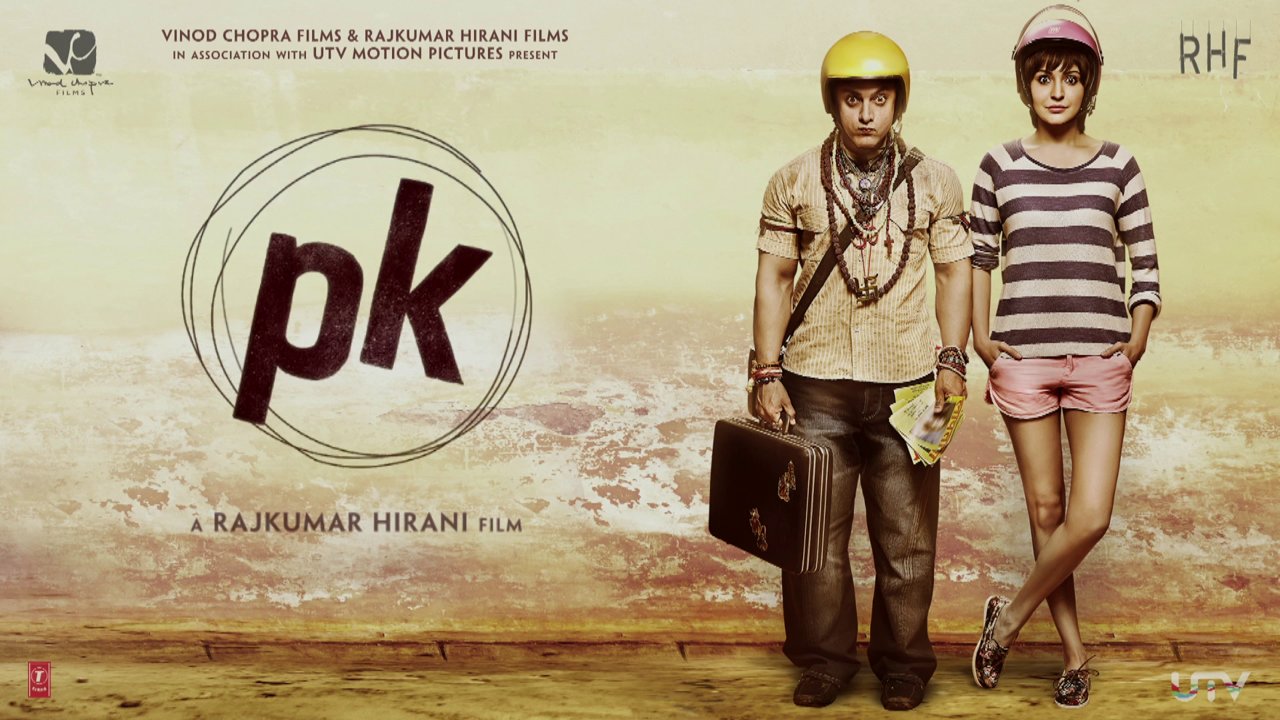 2. Dhoom 3
The success of the action flick ‘Dhoom ‘, paved the way for two more installments of the franchise. The third offering ‘Dhoom 3’ was considered to be the most profitable of the lot after it set the cash registers ringing. The movie garnered around 542-crore Indian rupees through its run in movie halls across the globe. 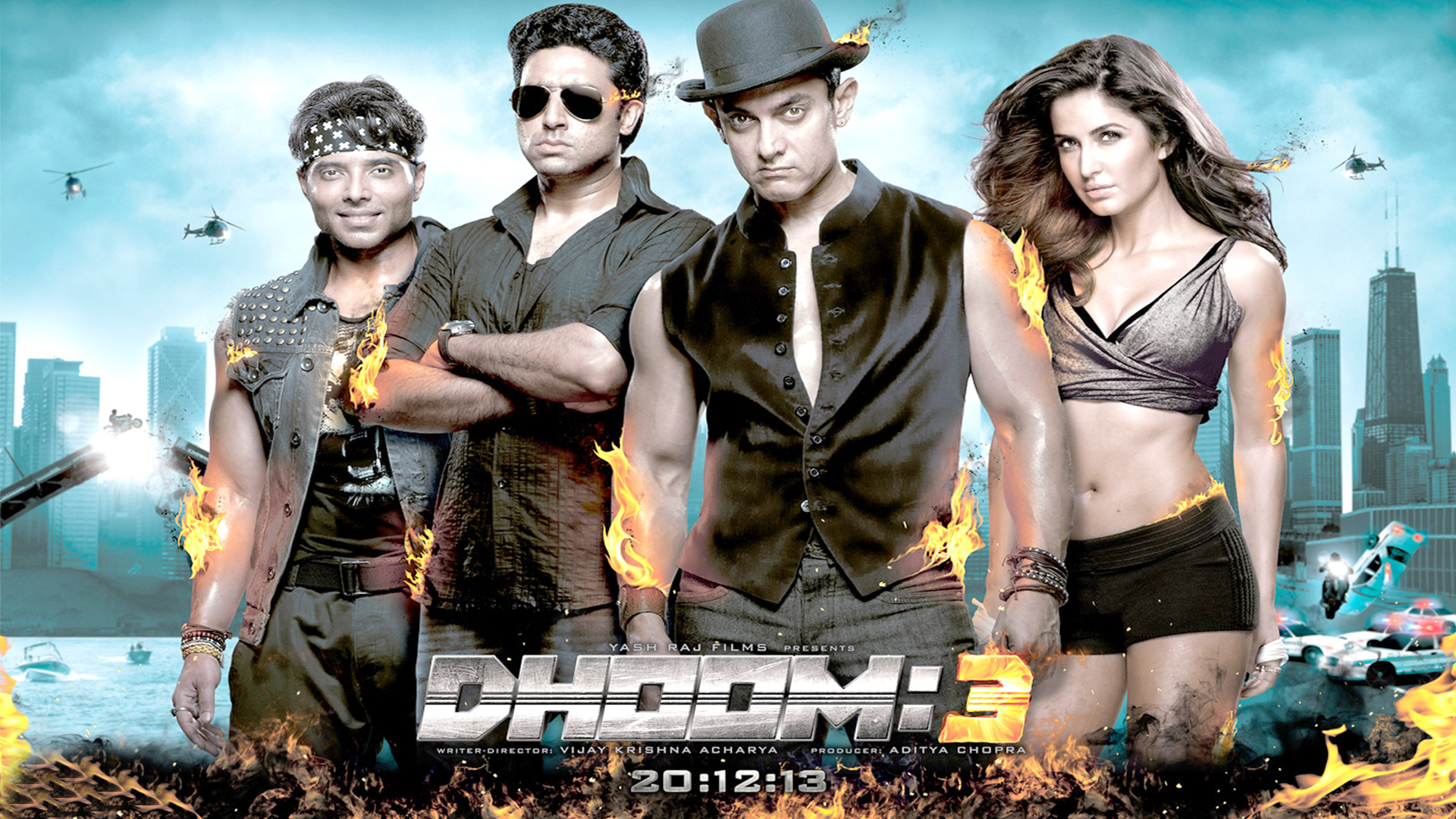 3. Chennai Express
Often touted as the ‘King of Bollywood’, Shah Rukh Khan took the Indian box office by storm in mid-2013 through his humorous flick ‘Chennai Express’. The movie, directed by Rohit Shetty, who is known for delivering movies that are major box-office successes, earned around 422-Crore Indian Rupees (US $65 Million) in a matter of a few weeks. The movie even earned a bomb through its sale of satellite and music rights. 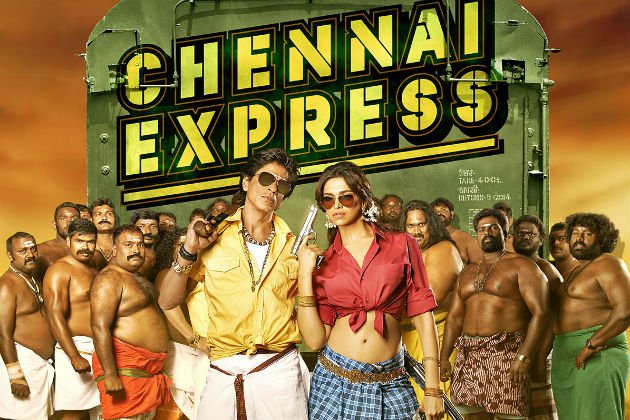 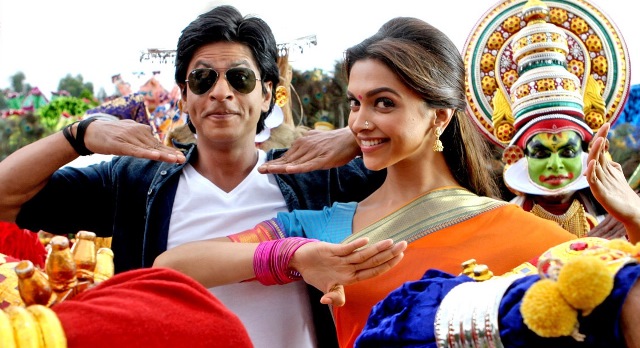 4. 3 Idiots
Yet another Rajkumar Hirani movie, which managed to rewrite box office records as well as earn critical accolades. ‘3 Idiots’, which inspired youngsters to chase their dreams rather than follow a herd, turned into a household name and pulled crowds towards the movie halls even months after its release. The 2009 film garnered around 395-Crores (US$60 Million) in its total theatrical run across the world. 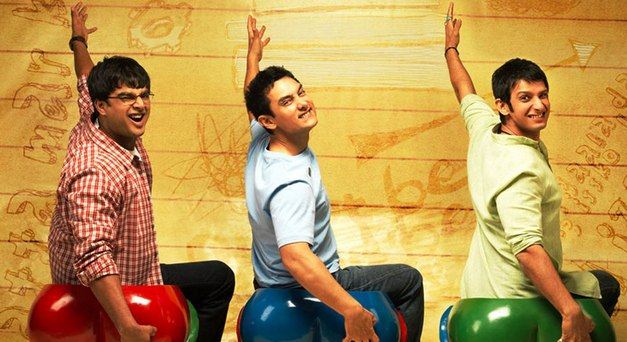 5. Happy New Year
The movie was long delayed, yet the late release yielded great rewards for the entire cast and crew of the Shah Rukh Khan starrer, Happy New Year. The film released during Diwali festive season of 2014, which played a big role in attracting more crowds and an enormous box office success, which was evident through its breathtaking box office figure – a staggering 382-Crore Indian rupees. 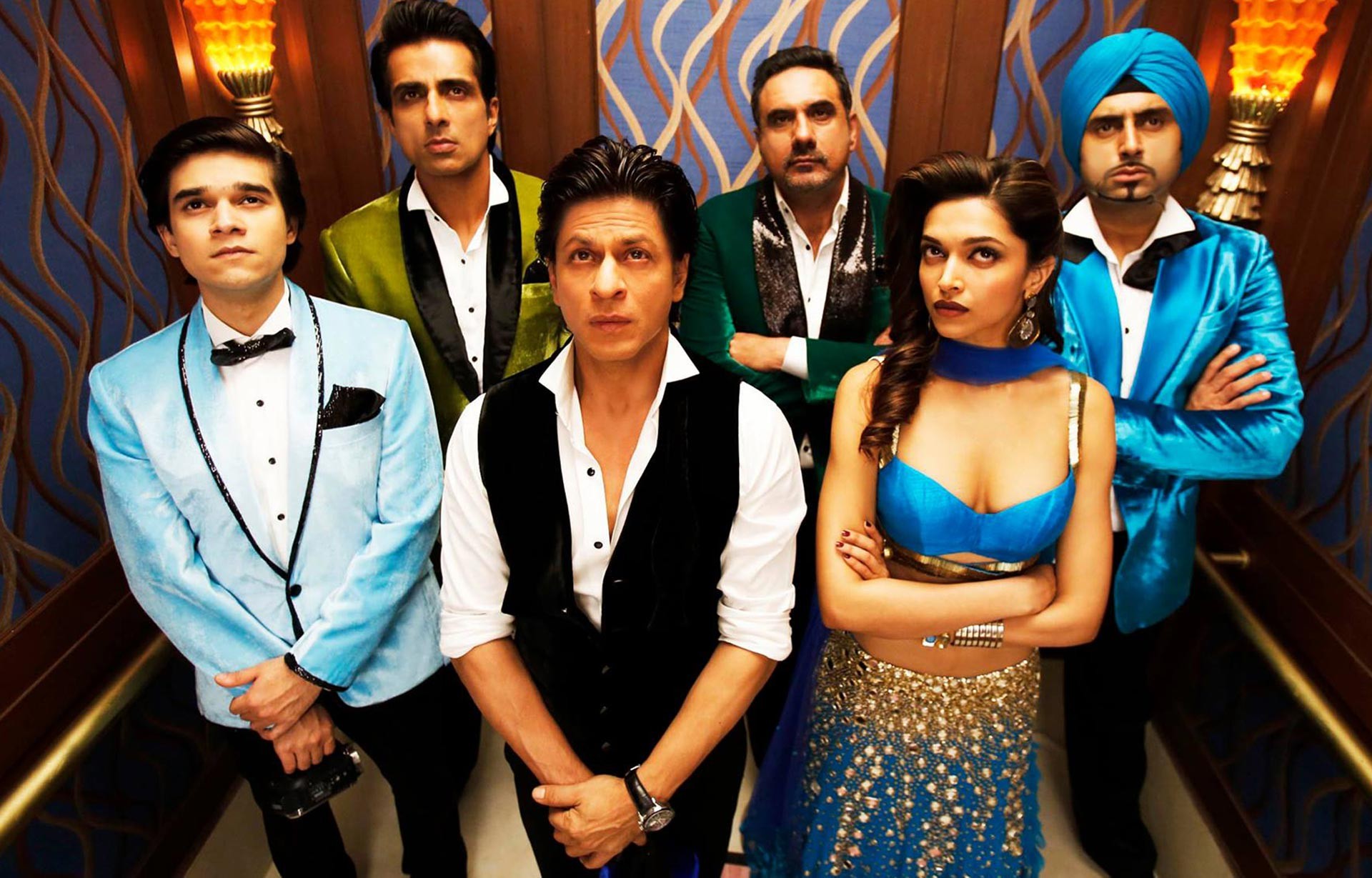 6. Kick
This Salman Khan starrer proved yet again that he’s a safe bet when it comes to high budget Bollywood flicks. The story of the adventurous Robin Hood like Devi, played by Khan, earned around 390 Crores (US$59 Million) during its worldwide run. 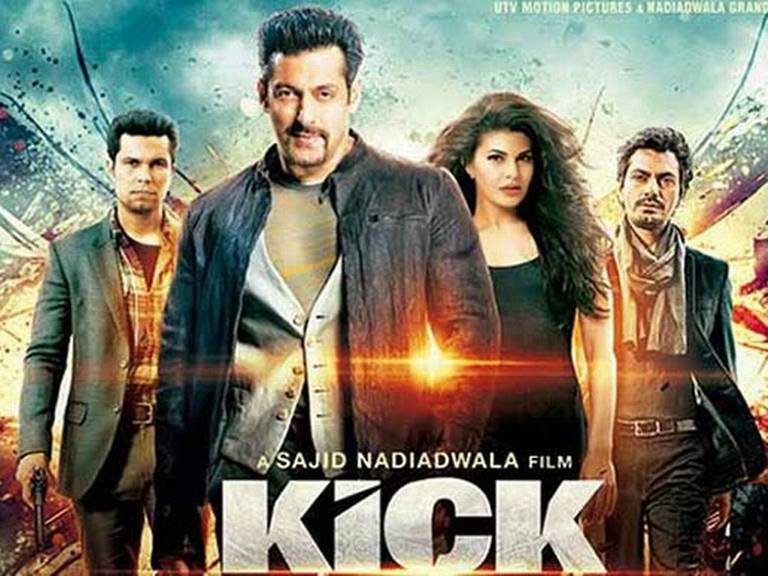 7. Krrish 3
India’s very own caped superhero Krrish too raked in the moolah at the box office worldwide through his 2013 flick ‘Krrish 3’. Made on a budget of 114-crore Indian Rupees, the Hrithik Roshan starrer brought back its producers a profitable return by raking in 374-Crore Indian rupees. 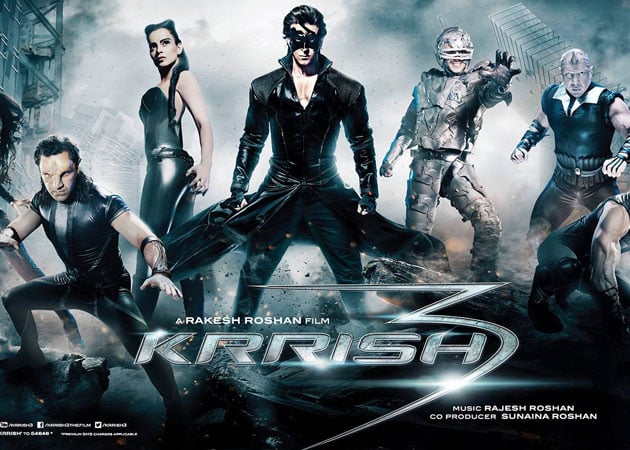 8. Bang Bang
Although it locked horns with the highly critically acclaimed ‘Haider’, by releasing on the same day, the makers of Bang Bang were delighted by its box office collections which was around 340-Crore Indian Rupees. 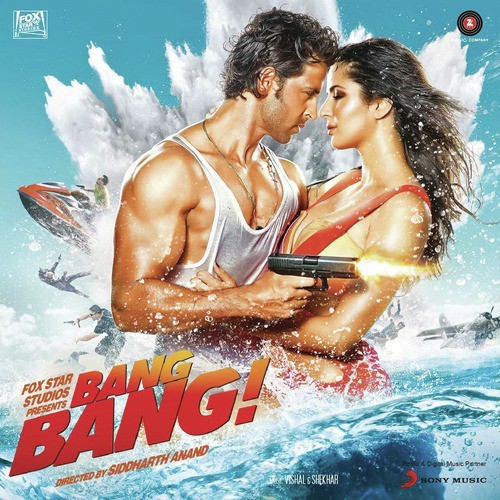 9. Bajrangi Bhaijaan
Although it faced stiff competition from the humongous south Indian blockbuster ‘Bahubali’, Salman Khan’s Bajrangi Bhaijaan won the hearts of the Indian audiences with its heart-warming story revolving around an Indian man and a cute little girl from Pakistan. In a matter of just 2 weeks, the movie managed to earn approximately Rupees 320-Crore Indian Rupees. 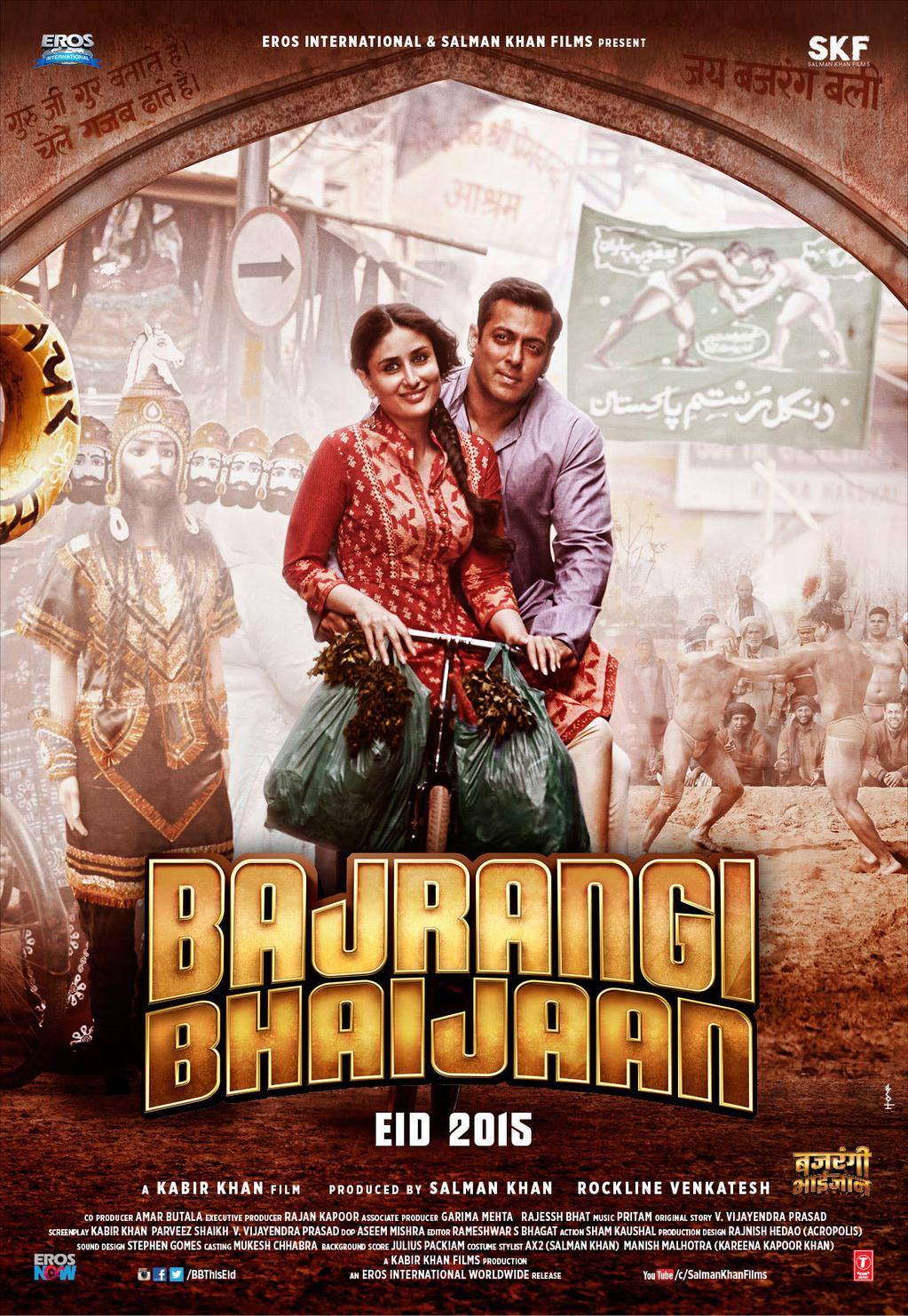 10. Ek Tha Tiger
This thrilling story of an agent belonging to the Indian intelligence agency named ‘RAW’, released during the festive weekend of Eid in 2012 and rewrote box office history that year with its record breaking collection which was around 320-Crore Indian rupees (US$47 Million). 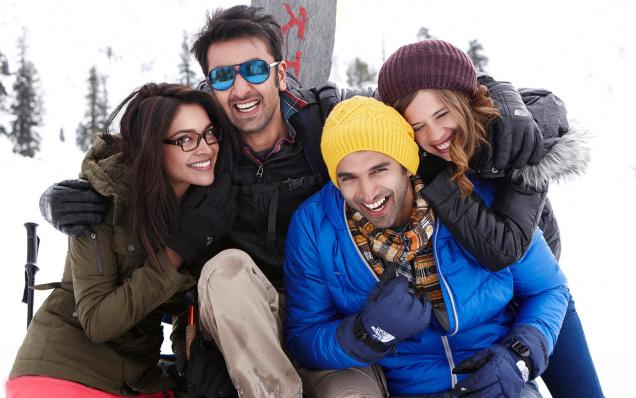 12. Robot
Though not a true Bollywood product, the movie was a subject of great curiosity among film buffs, mainly for being the only sci-fi flick of its time which was almost on par with Hollywood flicks. Made on a budget of approximately $28 Million, the movie went on to garner $55.56 Million through its screenings across the globe. The movie was well received among the Indian audiences and many parts of north India too. 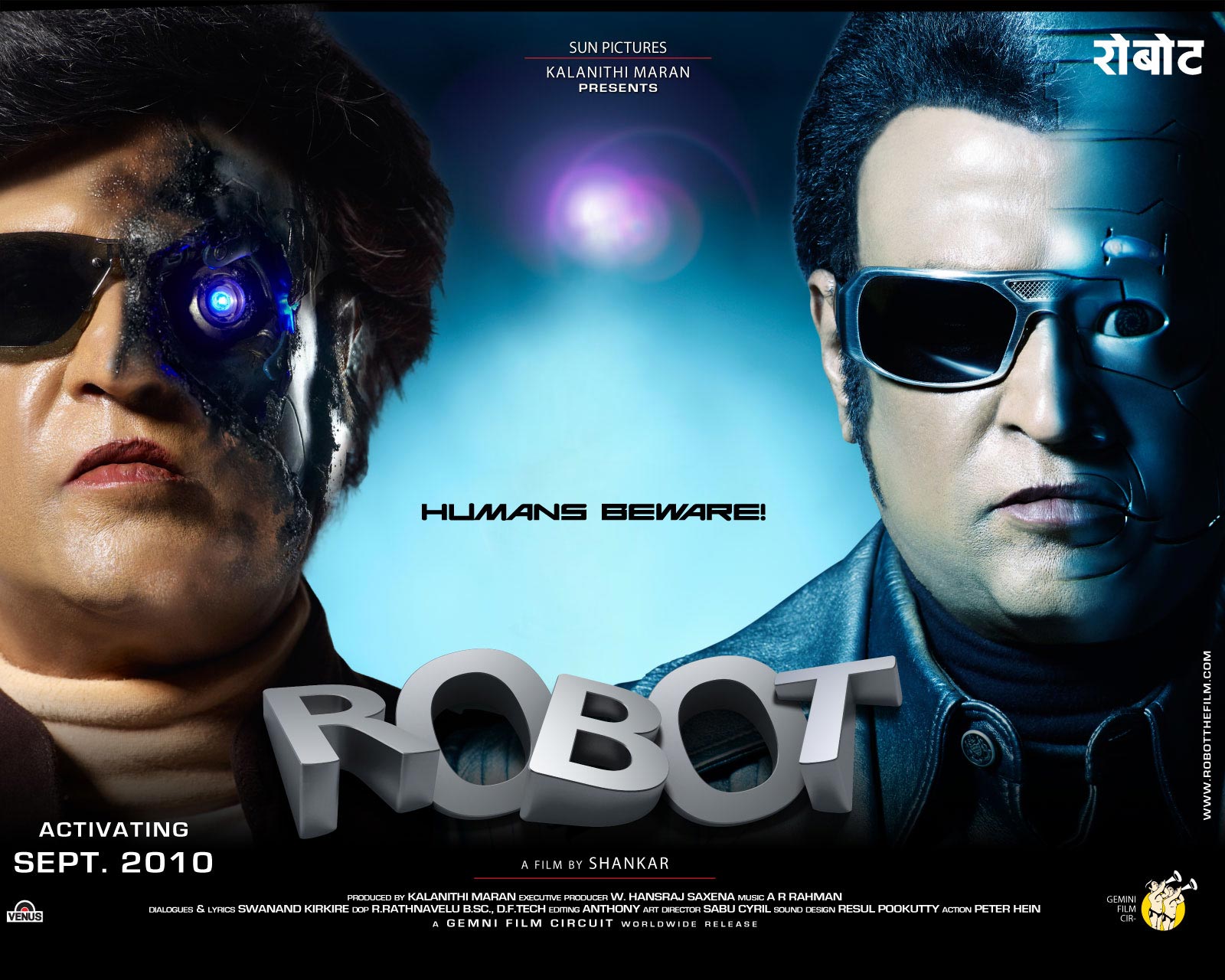 13. Dabangg 2
The sequel of the movie which turned the tables of actor Salman Khan’s career, released during the last week of 2012, collected a mammoth amount of 227-crores in India alone. It also earned around 55-Crores through its screenings overseas, thus, earning the status of a ‘superhit’. 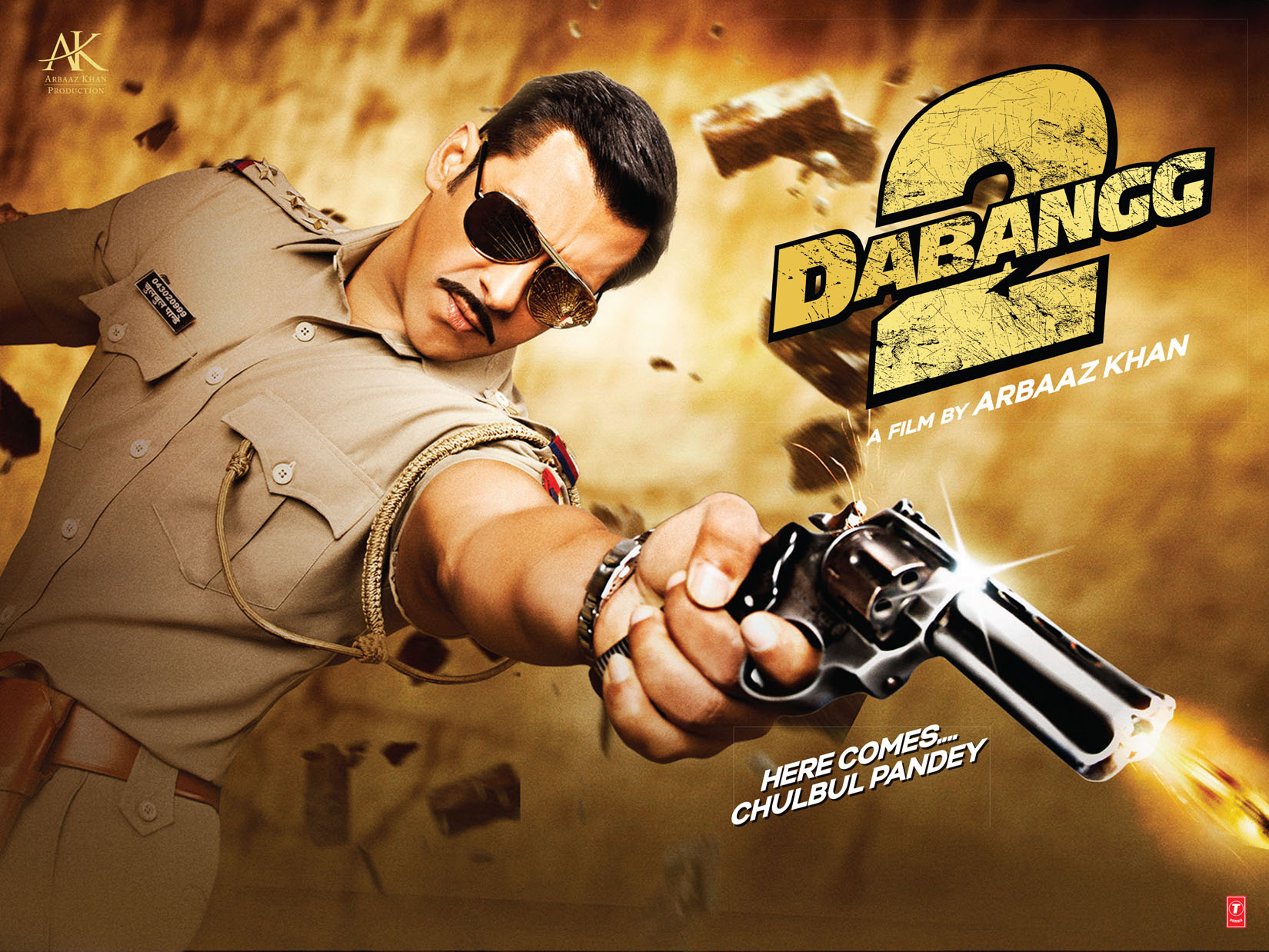 14. Tanu Weds Manu Returns
The rib-tickling potboiler based on typical big fat Indian weddings left Indian audiences in splits and also rewarded the bank accounts of its producers with large profits. Barely a couple of weeks after its release, the Kangana Ranaut-Madhavan starrer earned around 240-crores, which is approximately $38 Million. A few sources also claim that the satellite rights of the movie have been sold for a staggering amount. 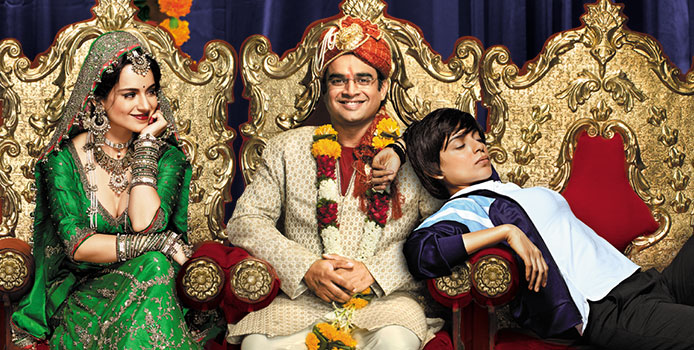 15. Jab Tak Hai Jaan
The last directorial venture of the legendary filmmaker Yash Chopra also turned out to be one of its highest revenue earning celluloid projects. This Diwali release of 2012, managed to fetch its makers $33 Million, way more than its budget.

16. Ra. One
This dream science fiction project of superstar Shahrukh Khan, was no short of a Hollywood blockbuster in terms of its technical work, but the flick was panned by critics for its loose screenplay. However, the movie grossed 215-crores (approximately $38 Million) despite being a flop. 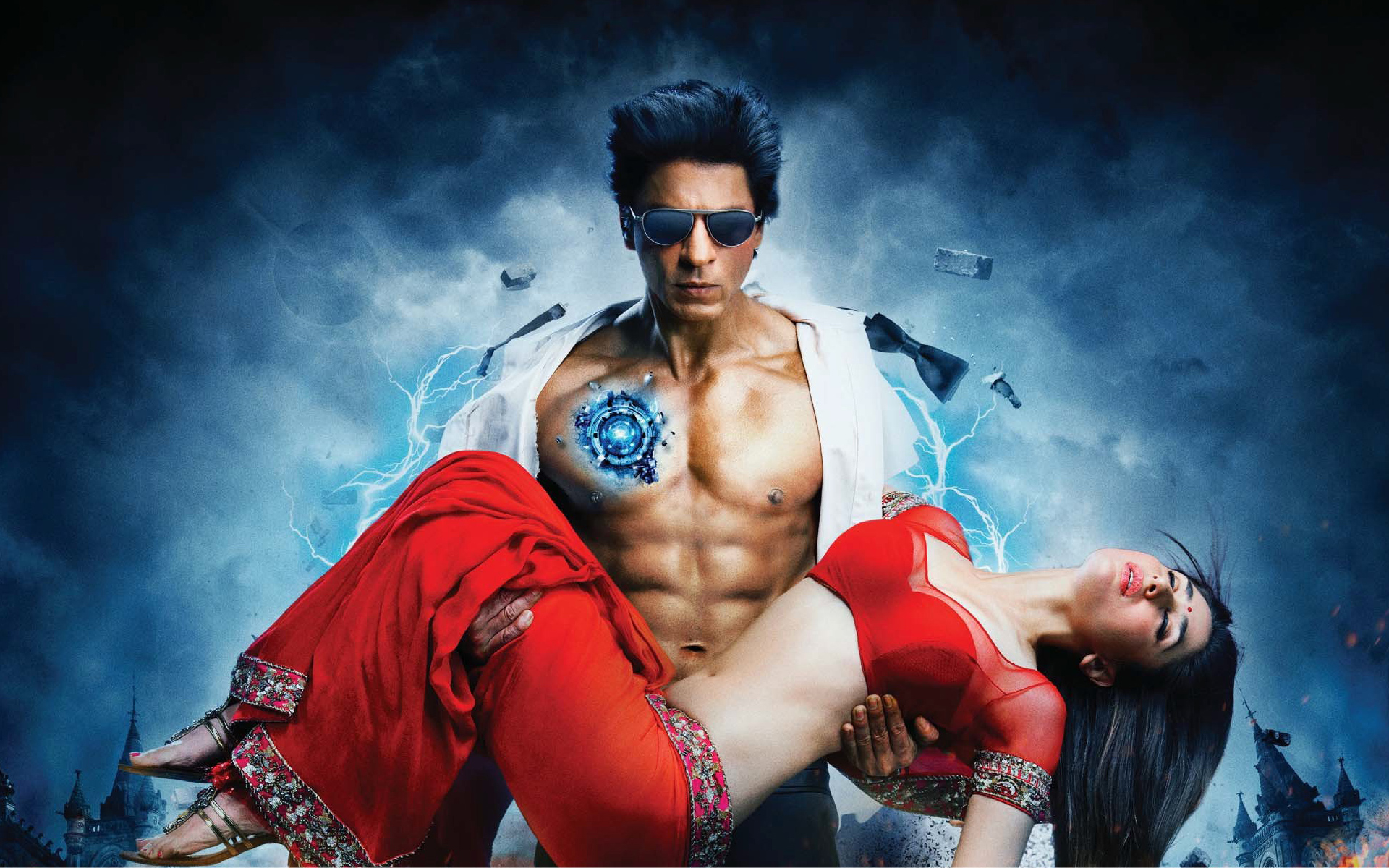 17. Bodyguard
This remake of a popular Malayalam flick of the same name set the Indian box office on fire in 2011 with its astonishing collections of US $36 Million, making it one of the biggest hits of the year. 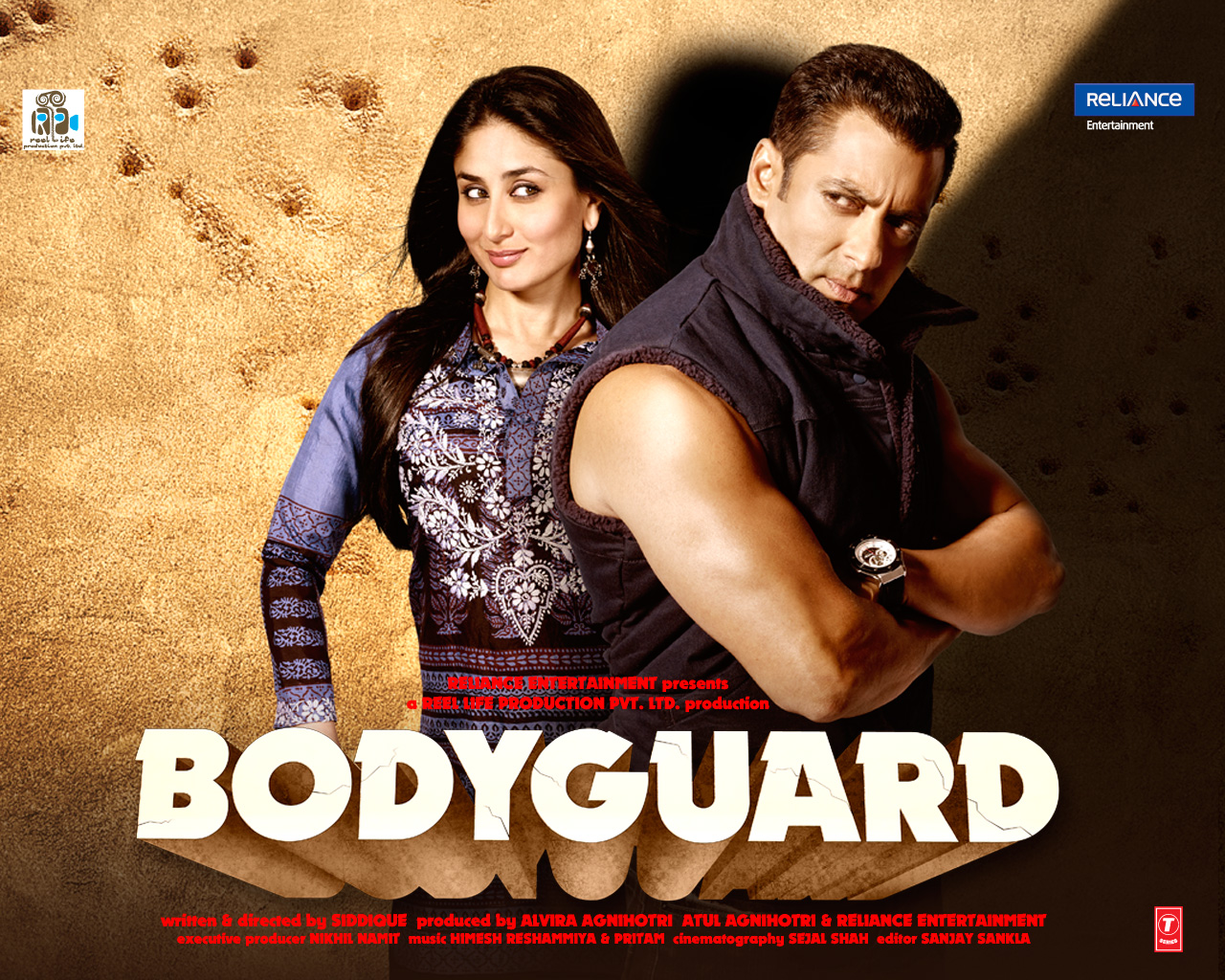 18. Rowdy Rathore
Akshay Kumar has been very lucky at the box office for quite a while and this was proved yet again by Prabhu Dheva’s directorial ‘Rowdy Rathore’. The movie, produced by master filmmaker Sanjay Leela Bhansali earned 146-Crore rupees within a few weeks of its release. 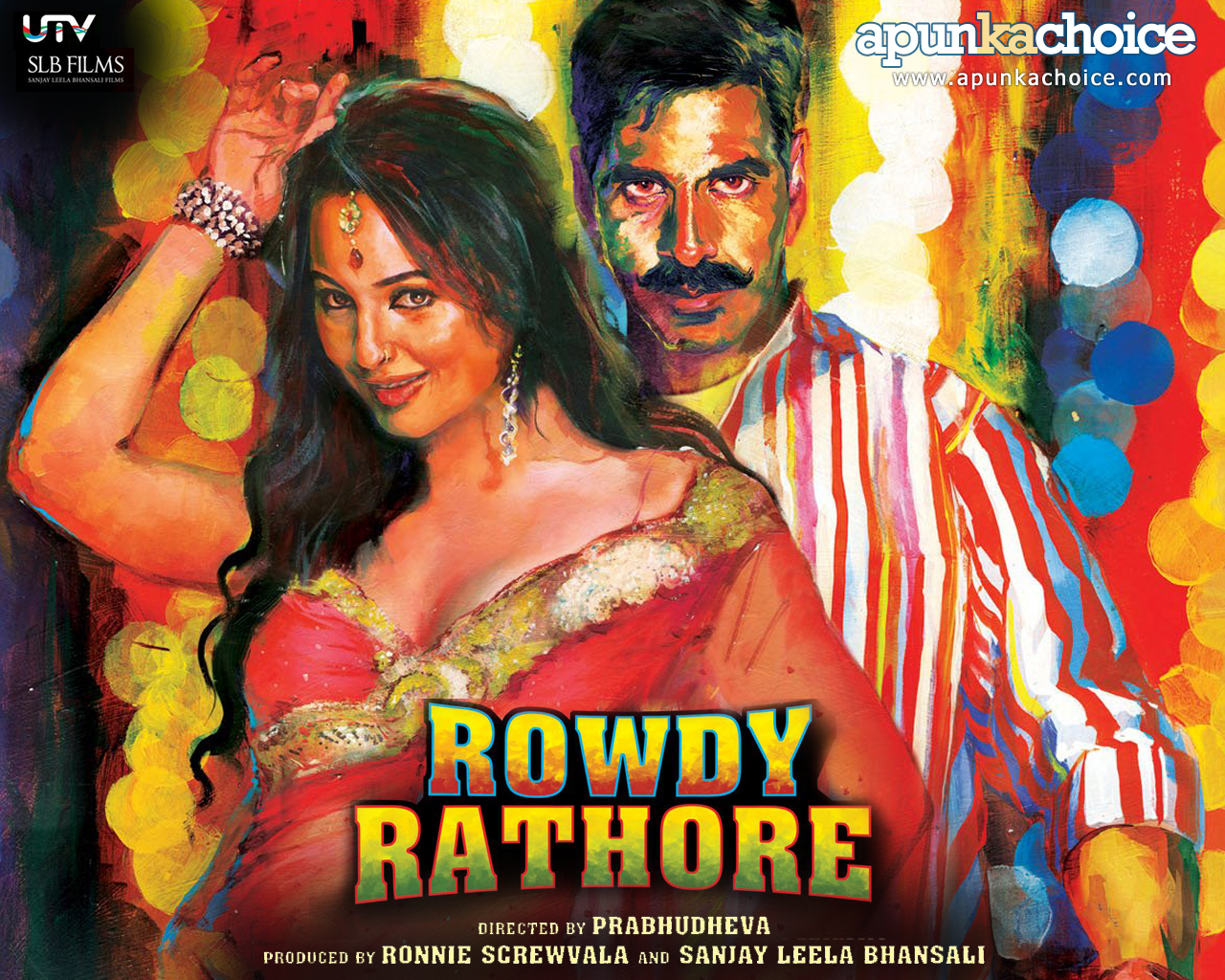 19. Agneepath
Produced by celebrity Karan Johar’s banner ‘Dharma Productions’, this remake of the iconic Amitabh Bachchan starrer, became a rage across the country at the time of its release. Made on a budget of 600-Million Indian rupees, the flick went on to earn 1.93 Billion Indian rupees.

20. Barfi
The movie which will remain in the hearts of Indian audiences also managed to cross the 200-Crore mark, proving that even films with quality content and not merely big names would earn handsomely. The movie was also hugely praised by the critics for its screenplay and brilliant execution. 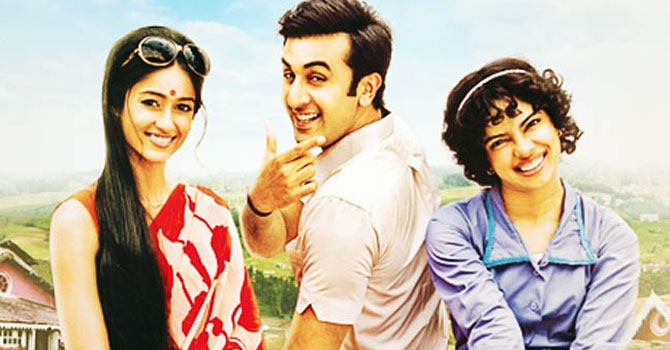