20 Books Every Teenage Girl Should Read

While the internet has taken the world by storm, and the number of ardent book lovers is fast dwindling, even today, a few printed pages of a well-written story can transport us to a whole new world of imagination. As horror master, Stephen King says, “Books are a uniquely portable magic”, most works of literature are treasures to cherish and no one should ever give them a miss. There are innumerable literary creations that, despite their universal appeal, have been written with young women in mind. These books deal with a wide range of themes, starting from adventure, love, and emotional bonding, to womanhood in general. Teenage girls find these books particularly engaging since the characters and incidents can be easily related to. Then there are certain novels and short stories that help to educate and empower you. These written words go a long way to shape the person you are today into the one you will become in future. So, it is time to buckle up, and grab a hold of these 20 books that every teenage girl should read. 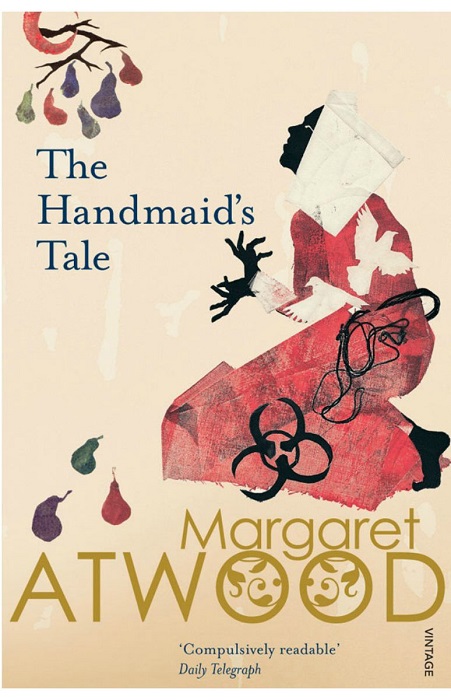 2. Pride & Prejudice—Jane Austen
An all-time favorite classic, ‘Pride & Prejudice’ is loved by teens all across the world for two significant reasons. First, appearances can be deceptive, and second, each of us deserves a second chance to prove ourselves. Abundant in wit and humor, with satirical undertones, Jane Austen’s book is one that every teenage girl should read. 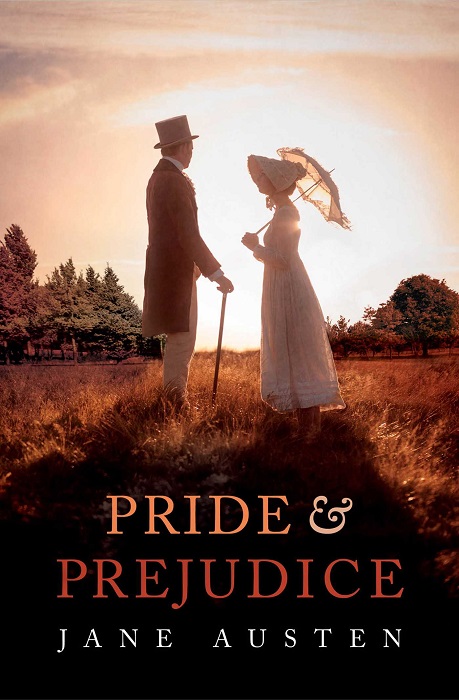 3. The Diary Of A Young Girl—Anne Frank
Anne Frank has the ability to wake you up to the harsh realities associated with war, through her autobiographical book, ‘The Diary of a Young Girl’. This journal was originally penned in Dutch language, and narrates the turmoil of Anne during the time the Netherlands was occupied by the Nazis. Though Anne died young in a concentration camp, her diary was retrieved, and later translated into over 60 languages. 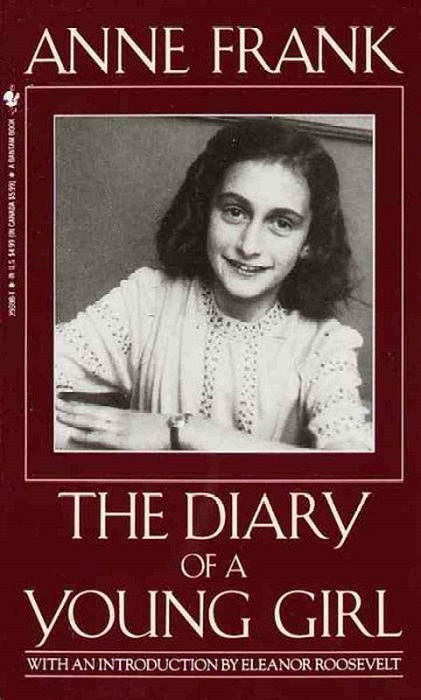 4. Around The World In Eighty Days—Jules Verne
One of the most acclaimed literary works of French author, Jules Verne, ‘Around the World in Eighty Days’ (originally ‘Le tour du monde en quatre-vingts jours’) is an out-and-out adventure masterpiece. It tells the story of Phileas Fogg and his French butler, Passepartout, who aspire to travel the entire world in a span of eighty days. 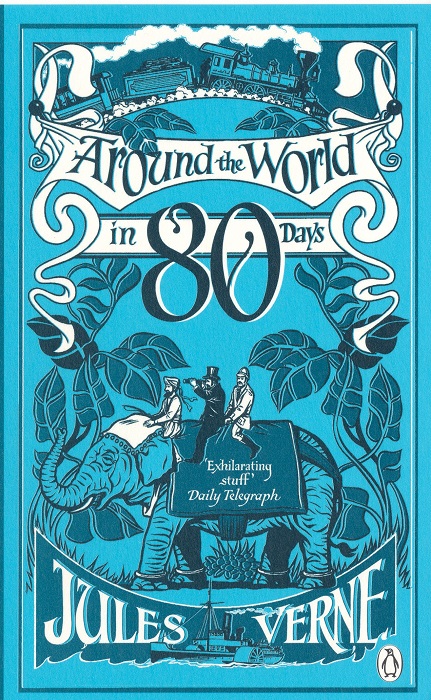 5. Matilda—Roald Dahl
Roald Dahl makes us teens realize the most important tenet in life—you are more than what others make of you. Girls have most often grown up in a society that fails to value them to the fullest. That is why the story of neglected Matilda, who later finds out about her magical powers and learns to take charge of her life, is so heartwarming. 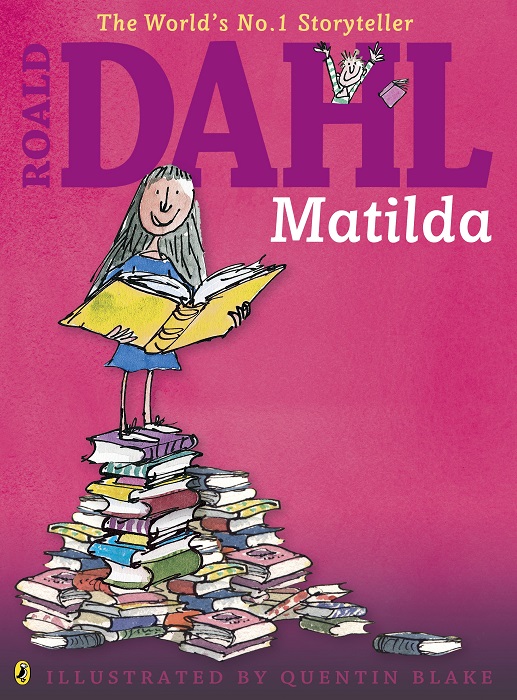 6. Gone With The Wind—Margaret Mitchell
No doubt the movie is brilliant, but as most people believe, the book by Margaret Mitchell surpasses the film. If you are looking for a true-blue love story, ‘Gone With the Wind’ will take your breath away. 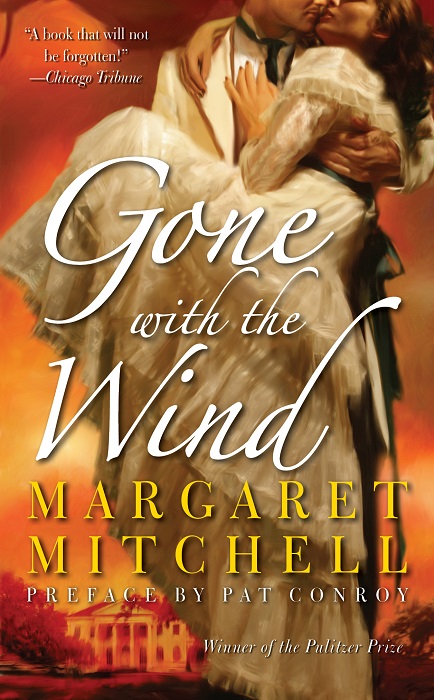 7. I Know Why The Caged Bird Sings—Maya Angelou
Another autobiography on this list, Maya Angelou recounts her childhood experiences, most of which was tainted by rape and racism. ‘I Know Why the Caged Bird Sings’ might be traumatizing to read, but it will definitely teach you how to survive as a woman in a man’s world. 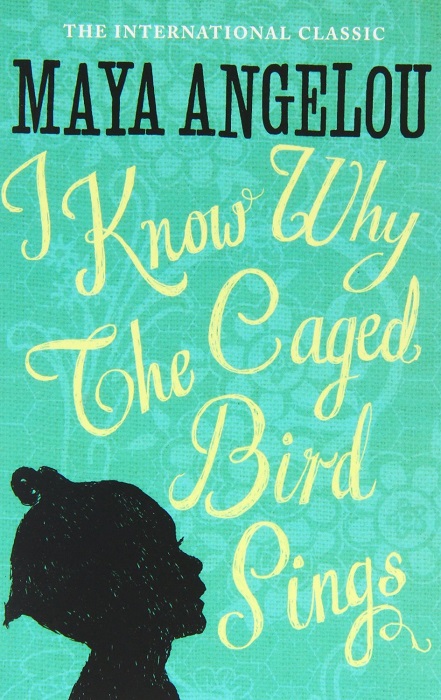 8. The Kite Runner—Khaled Hosseini
Khaled Hosseini masters the art of telling a story of undying love and friendship between two young boys, set against the backdrop of a war. ‘The Kite Runner’ will make you realize that for innocent children, religion, caste and societal status are never parameters for striking up a friendship. 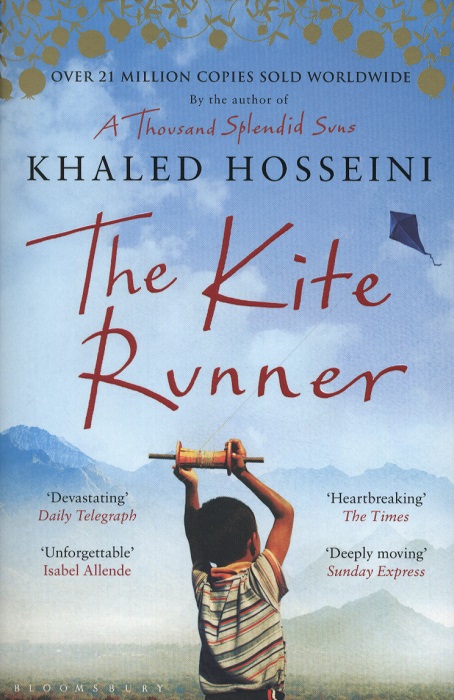 9. Jane Eyre—Charlotte Bronte
Yet another classic, ‘Jane Eyre’ would be an absolute gem in your bookshelf. As a teenage girl, you are sure to identify with the ups and downs of Jane’s life. Eventually, you will admire her for showing the strength that wasn’t common for women of her time. 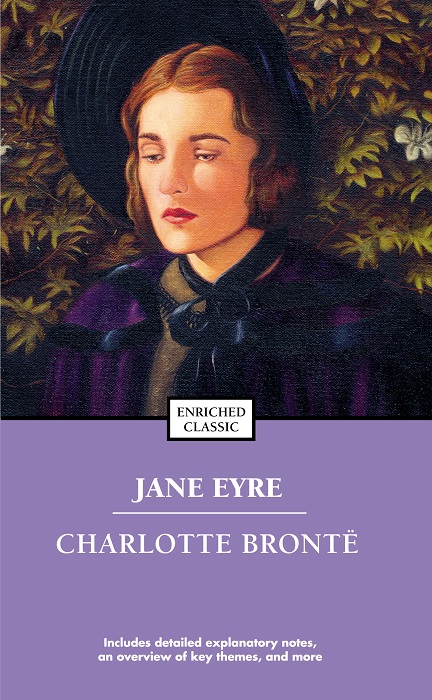 10. Little Women—Louisa May Alcott
A simple tale of four sisters, each one different from the other, passing through the phases of childhood and womanhood, ‘Little Women’, and the next volume, ‘Good Wives’ will appeal to you. For those who are interested in the sequels, go ahead and read ‘Little Men’ and ‘Jo’s Boys’, which are equally engrossing. 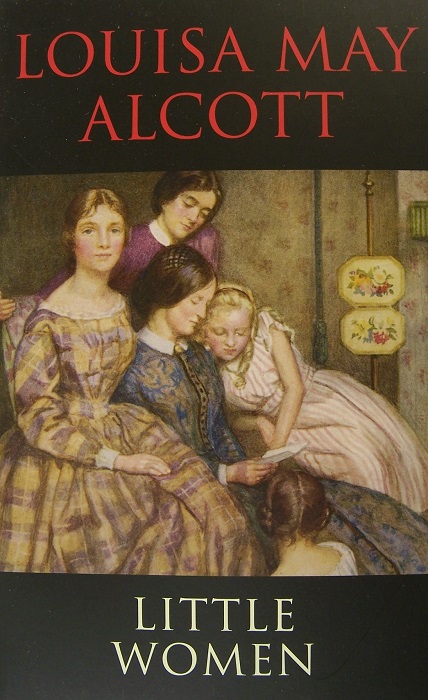 11. My Sister’s Keeper—Jodi Picoult
This one’s for teenage girls who prefer reading more mature themes. ‘My Sister’s Keeper’, a story about a girl who does everything she can to help her cancer-afflicted sister survive, will undoubtedly leave you emotional in the end. 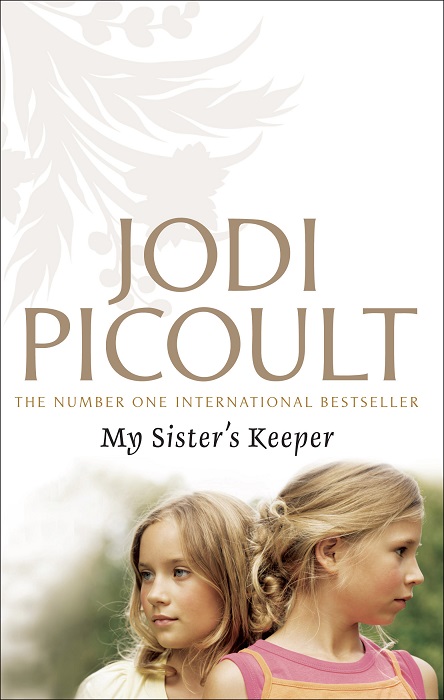 12. Heidi—Johanna Spyri
‘Heidi’, penned by Swiss writer Johanna Spyri, is a must read for young teens. By the time you finish reading the book, you will definitely fall in love with the orphan girl who is taken care of by her stubborn grandfather, living in the Alps. Once you’re done reading this, make sure to enjoy the sequel, ‘Heidi Grows Up’, which was written by Spyri’s French translator, Charles Tritten. 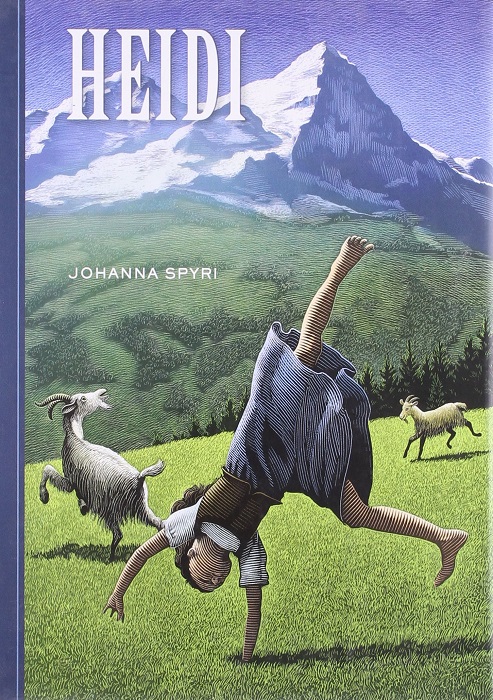 13. War Horse—Michael Morpurgo
If Anna Sewell’s ‘Black Beauty’ made you fall in love with horses, Michael Morpurgo will take that affection one notch higher with his heartbreaking book, ‘War Horse’. Recounting the horrifying experiences of an army horse named Joey, and his previous owner, Albert, who does everything in his capacity to get his pet back; this book was the inspiration behind a movie as well as a play of the same name. 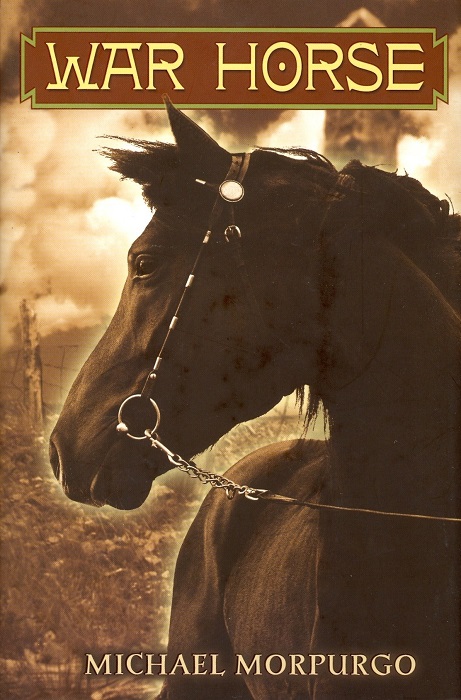 14. The Sisterhood Of The Travelling Pants—Ann Brashares
Ann Brashares connects with most adolescent girls, who give more importance to their closest friends than any other person. During a phase of life when even your parents are your enemies, four friends display undying love for each other. They find a pair of jeans that magically fit all of them, and decide to share it the first summer they would spend apart. 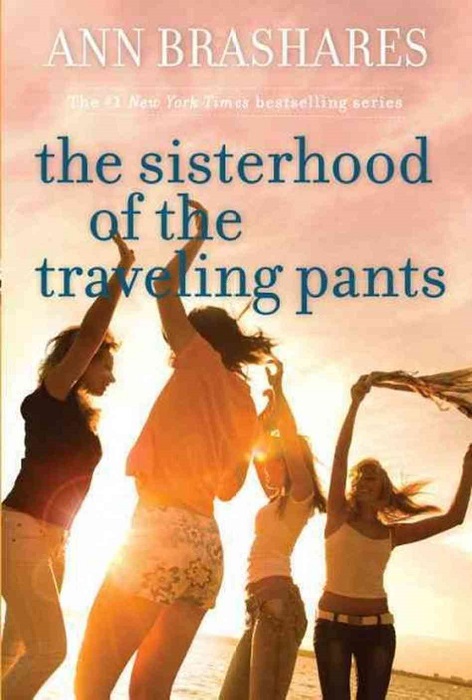 15. Zlata’s Diary—Zlata Filipović
Similar to the diary entries maintained by Anne Frank, a young girl named Zlata pens down her thoughts in her journal, which was a birthday gift. The diary, nicknamed Mimmy, becomes her friend in happy times and her only confidante during the Bosnian war. If you like autobiographies, then this is one book that you should read. 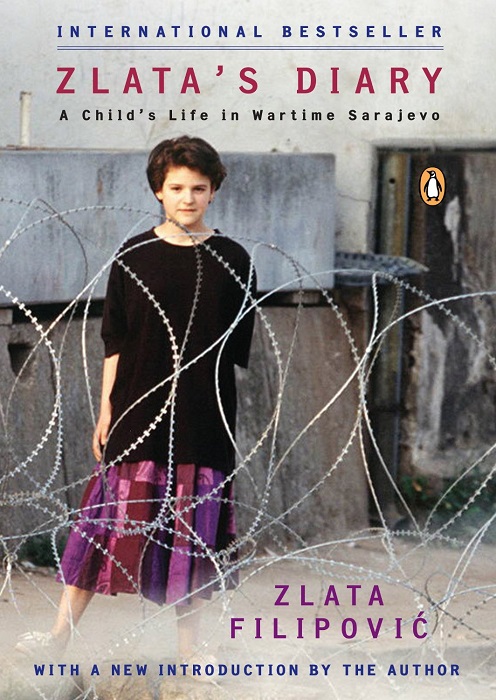 16. The Hitchhiker’s Guide To The Galaxy—Douglas Adams
Arthur Dent strikes up a cordial relationship with an alien, after the latter saves him just before the destruction of the Earth. The two friends travel across the galaxy, and this amazing book is about their adventures. For teens who love out-of-the-world themes, this book is a must-read. 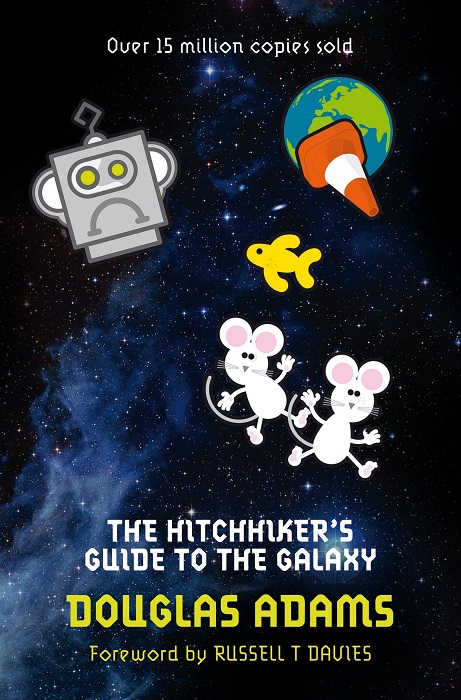 17. The Book Thief—Markus Zusak
‘The Book Thief’ is an endearing story of a young German girl named Liesel. During World War II, Liesel’s family helps a Jewish man take refuge in their house, and it is the girl who steals books and tells stories to help everyone survive the harrowing confllict. 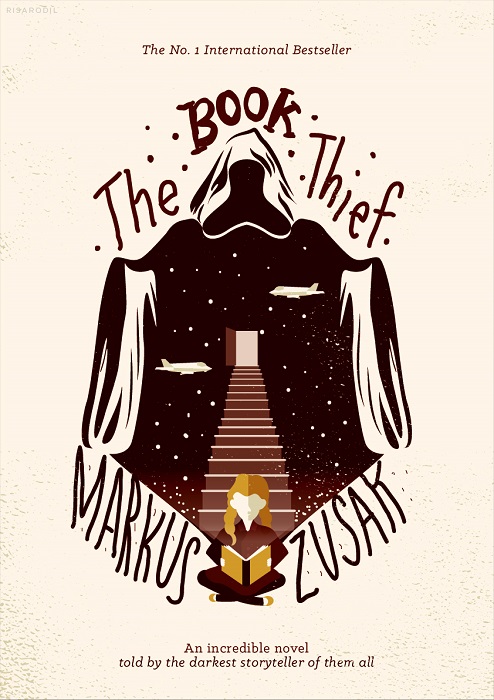 18. Malory Towers—Enid Blyton
Girls living in boarding schools will absolutely adore the ‘Malory Towers’ series by Enid Blyton. Quite different from the adventure fiction that this famous children’s author is usually known for, these stories revolve around the lives of young girls in residential schools. Read this, as well as the similar, ‘St Clare’s’ by the same writer and you will learn to love your fun-filled life even more. 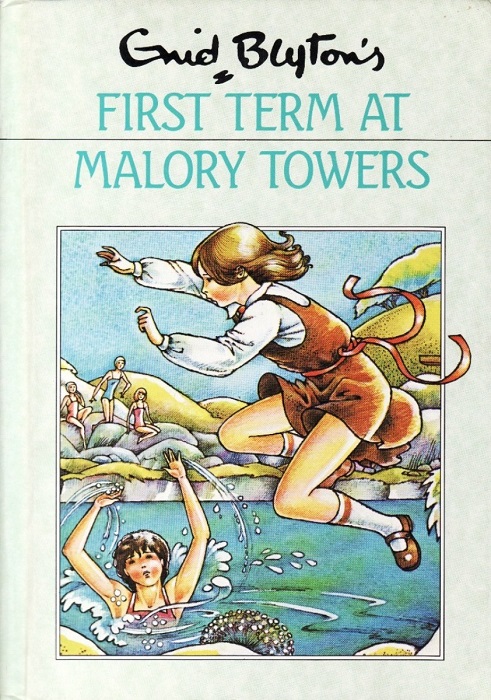 19. The Curious Incident Of The Dog In The Night-Time—Mark Haddon
This exceptionally well-written book is about an autistic boy, who is socially challenged, but intellectually gifted. The protagonist, Christopher overcomes his fear of talking to others, and investigates the slaughter of his neighbor’s pet dog, in the process learning more about his mother. 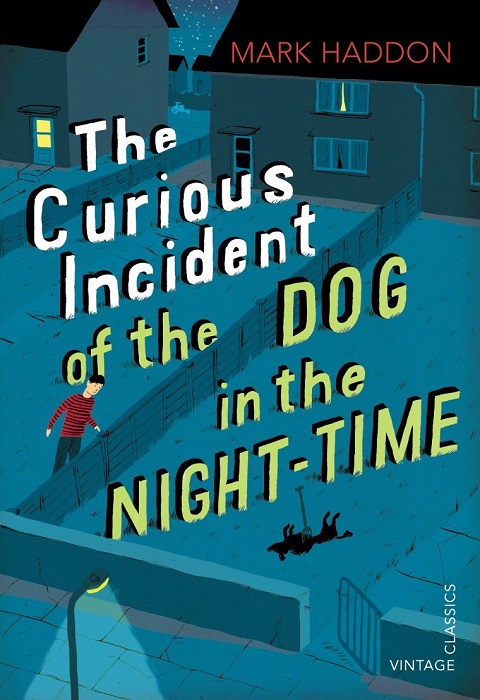 20. The Call Of The Wild—Jack London
Jack London is widely known for his book, ‘The Call of the Wild’, which will appeal to you, if you are an animal-lover. This novel is about a dog that is a mix of a Scotch Shepherd and a Saint Bernard, who is taken to Alaska against his will. He initially struggles to survive but gradually begins leading a pack of wolves 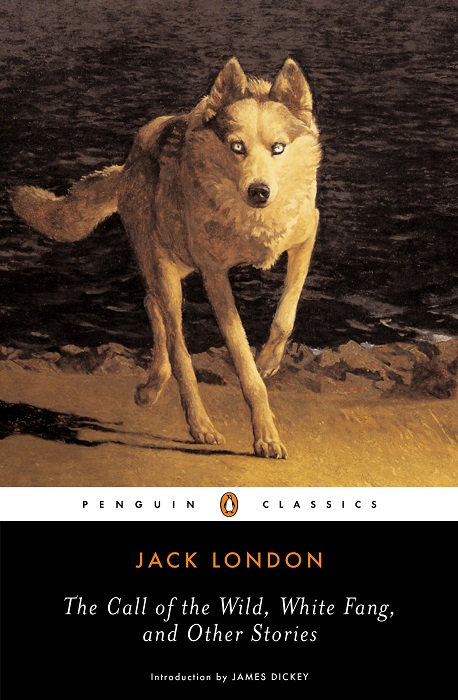 Stumble
There are quite a few I haven’t read yet. Which ones are you still waiting to read?

There are quite a few I haven’t read yet. Which ones are you still waiting to read?
Share On Facebook