Top 20 Most Controversial & Banned Books That You Need To Read ASAP!!

There are many who would echo co-founder of Wikipedia, Jimmy Wales’ opinion, when he says, “I’m a big advocate of freedom: freedom of speech, freedom of expression, freedom of thought.” However, the world has seen times when despite the spread of education, people were stopped from voicing their standpoints, in case it didn’t agree, with what the majority of the population thought. Books were one of the most preferred media for expressing one’s perspective. It was almost as if you could lend an independent voice to your beliefs and attitudes. Works of literature had the power to inspire and mold their group of readers. There were several writers who strove to do exactly that, and while some became favorites, others were despised. There were writers who were more brutally honest than the rest of the world, condemning certain acts and commending others. These writers were stopped midway, in fear that they would be successful in influencing others to protest or stray from the behavior expected of them. Though the following 20 books have often been banned, there is no reason why they should not be worth including your required reading list.

1. The Metamorphosis—Franz Kafka (1915)
Franz Kafka’s ‘The Metamorphosis’ follows the story of a doting son and brother, who wakes up one day to realize that he has changed into a bug. In a sudden turn of events, the protagonist Gregor Samsa, who was once a favorite in the family, slips into oblivion. Though the book does not have any controversial content, it was banned in all countries ruled by the Nazis and the Soviets, owing to his stubborn insistence on writing in German rather than Czech. 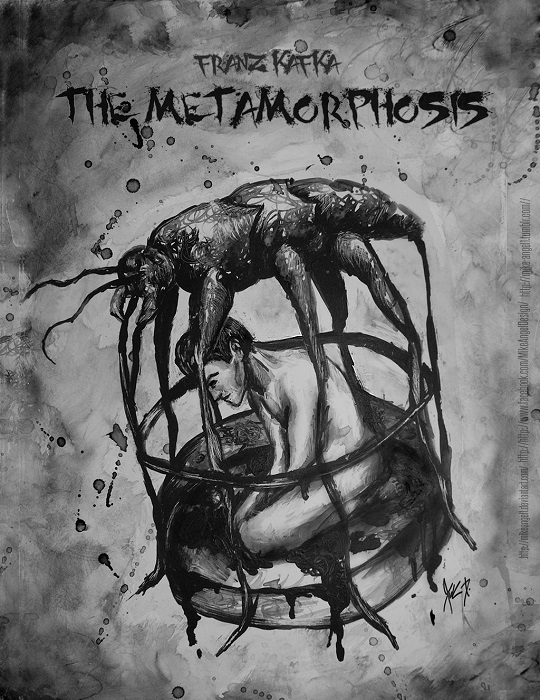 2. Ulysses—James Joyce (1922)
‘Ulysses’ is often considered to be one of the best books written in the 20th century. This book that was written in eighteen episodes, chronicles the events in the life of protagonist, Leopold Bloom, in the span of one single day in 1904. Despite being an example of sheer literary brilliance, James Joyce’s masterpiece was banned in the United States for several years, for containing content that was sacrilegious and garish. 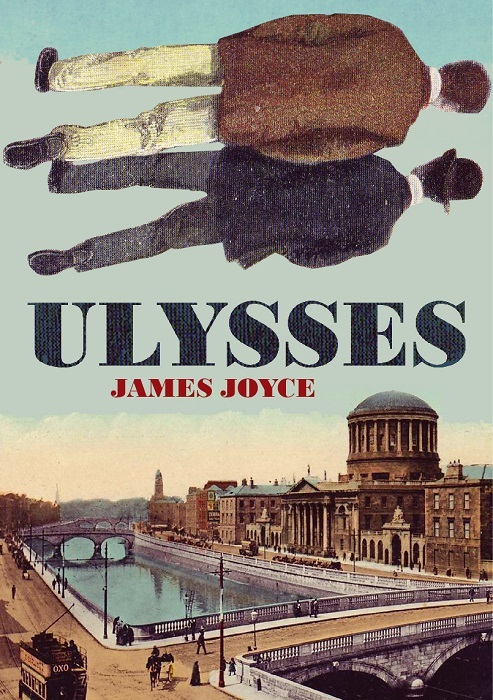 3. Lady Chatterley’s Lover—D. H. Lawrence (1928)
Whether it is ‘Sons and Lovers’ or the book in question, D. H. Lawrence seemed to have a penchant for trouble when it came to publishing his literary works. ‘Lady Chatterley’s Lover’ was prohibited from being sold or read for several years, in many countries, including the US and the UK. The reasons cited were the use of obscene language and the graphic portrayal of sexual intercourse. 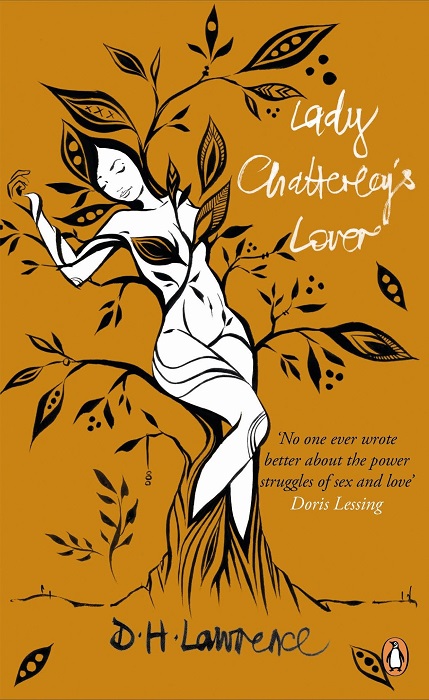 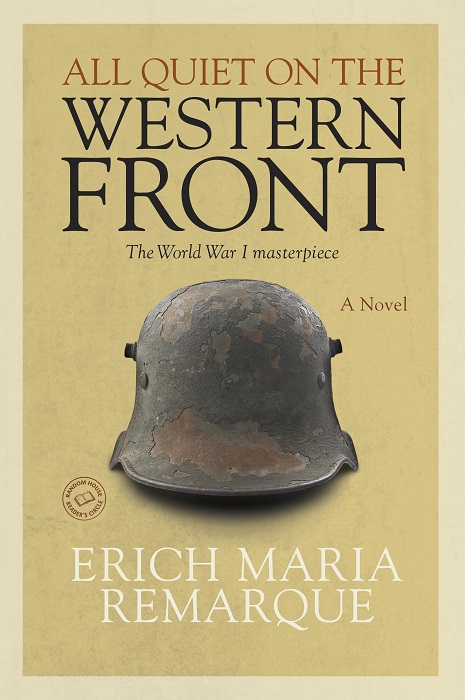 5. The Grapes Of Wrath—John Steinbeck (1939)
Despite being a Pulitzer Prize winner, ‘The Grapes of Wrath’ was forbidden for its sympathetic sentiments towards the deprived class of people. In fact, author Steinbeck’s pro-socialist tone angered some people to such an extent that they even burnt copies of the book. 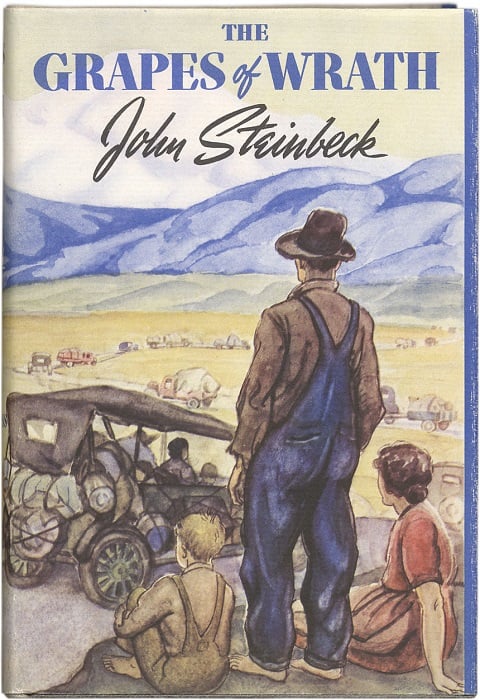 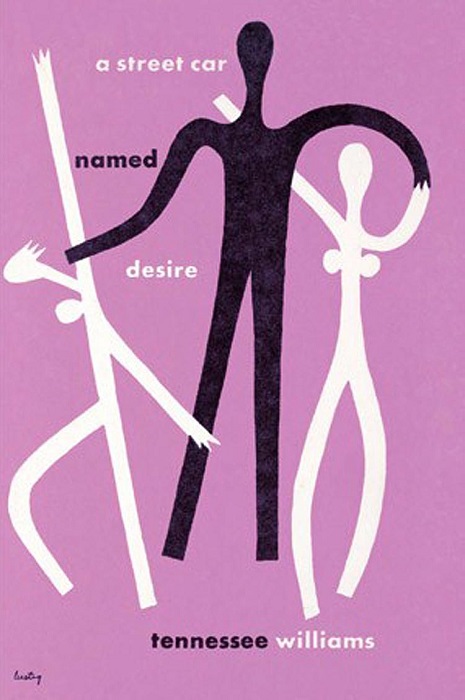 7. The Catcher In The Rye—J.D Salinger (1951)
‘The Catcher in the Rye’ is undoubtedly one of the best books penned in modern times. However, Salinger’s book faced brickbats from critics and authorities, especially those working for educational institutions, since the publication seemed to promote unwanted behavior, including smoking, drinking and sex. 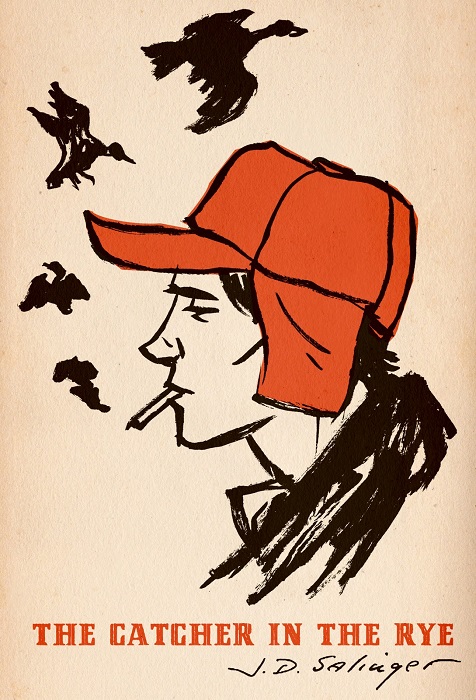 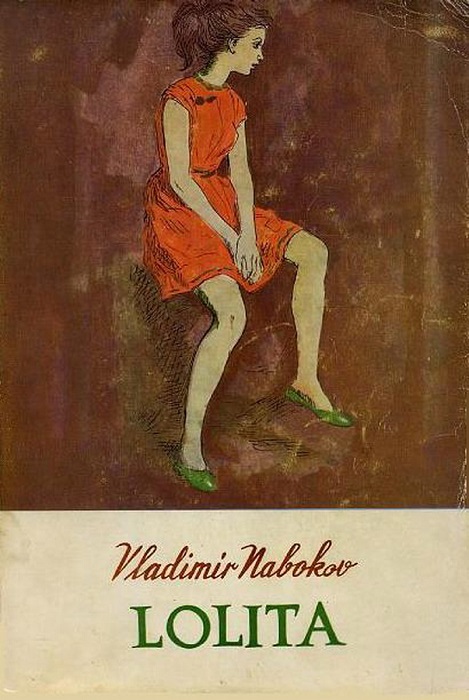 9. Things Fall Apart—Chinua Achebe (1958)
One of the earliest English books written by an African, ‘Things Fall Apart’ shows the oppression endured by people during colonization. This literary masterpiece was banned in Malaysia for depicting colonialism in a negative light. However, it is one that you should undoubtedly include in your reading list. 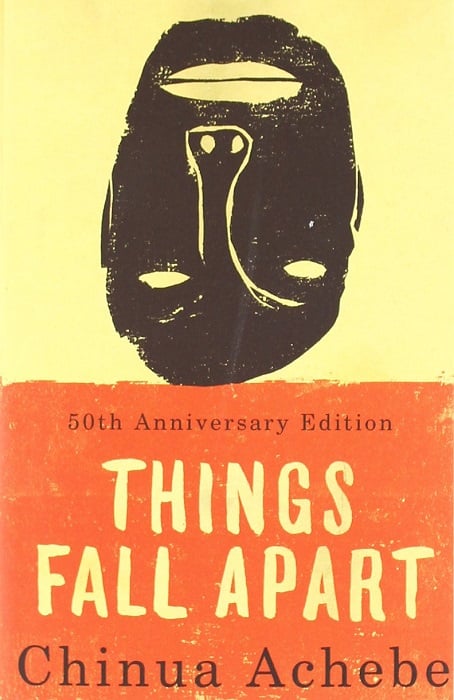 10. The Giving Tree—Shel Silverstein (1964)
‘The Giving Tree’ was written for children, but it has the potential to overwhelm most adults. It talks about a young boy and the love he has for a tree. As the child grows the bond between the two heart-wrenchingly turns sour, showing how we often neglect the one who loves us unconditionally. This book was outlawed, not just because it was deemed sexist in the late 1980s, but also since it was detrimental to the timber industry. 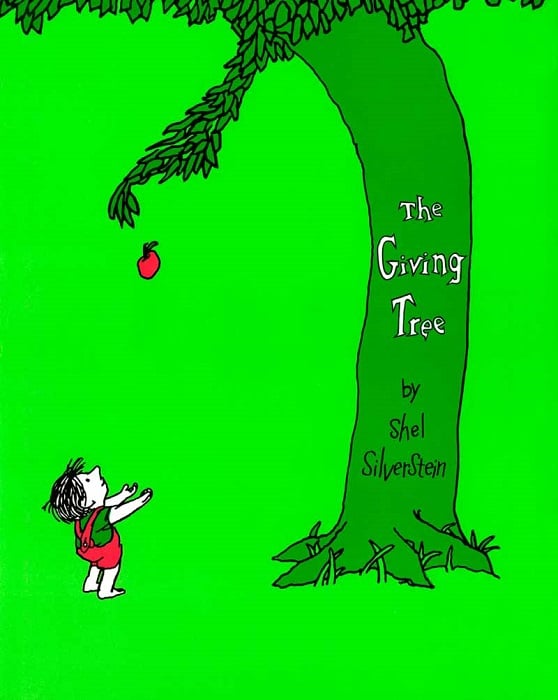 11. Slaughterhouse—Kurt Vonnegut (1969)
Depicting the horrific life led by prisoners of war, Slaughterhouse Five revolves around one such person, Billy Pilgrim. He is brought to a slaughterhouse, where he needs to hold on to dear life till the war ends. The theme, as well as the style of writing have both been criticized, and despite being a brilliantly told story, it has been blocked from publishing on various occasions. 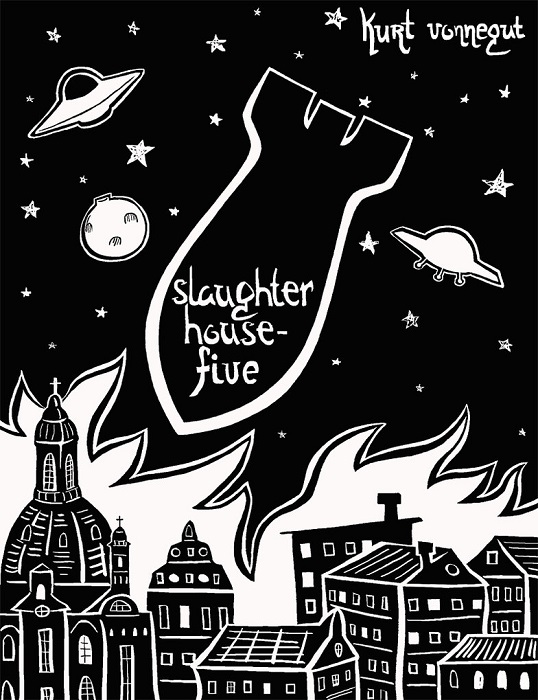 12. I Know Why The Caged Bird Sings—Maya Angelou (1969)
Maya Angelou is considered to be one of the most influential women black writers of all time. ‘I Know Why the Caged Bird Sings’ is autobiographical, and that is exactly why it was considered unfit for public reading. Angelou describes the traumatic childhood she experienced and brings up controversial topics such as apartheid, sexuality and child abuse. 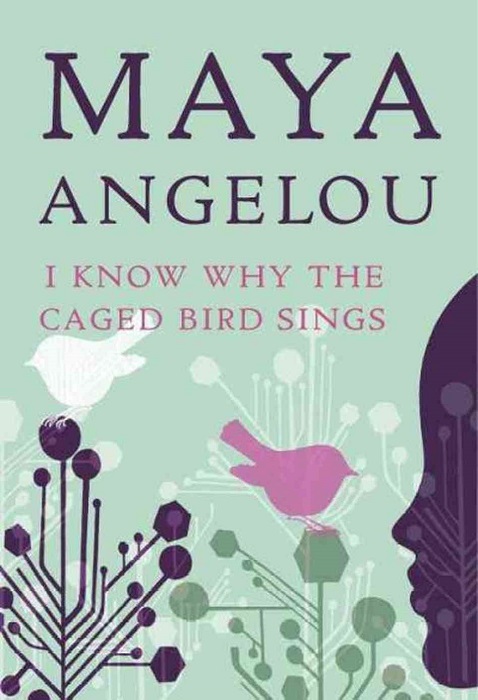 13. The Anarchist Cookbook—William Powell (1971)
Though impressively written, ‘The Anarchist Cookbook’ has clear tones of what most people would term as “terrorism”. The book describes how to build war weapons and create destructive bombs. Though the content is nothing more than a figment of William Powell’s imagination, this publication earned the wrath of many critics and government authorities. 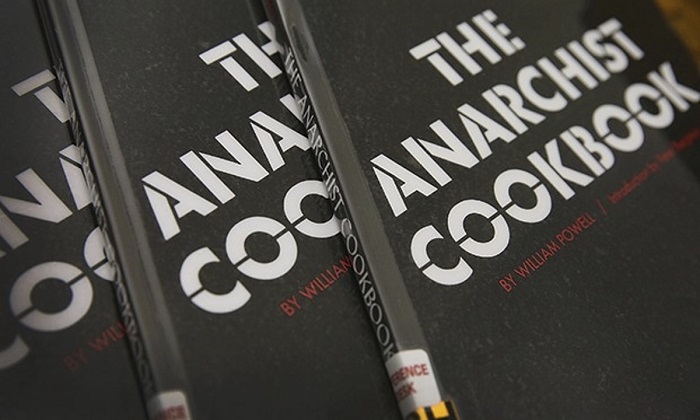 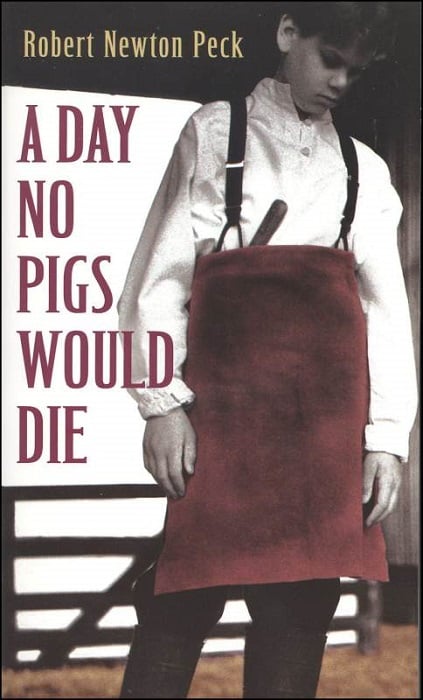 15. The Color Purple—Alice Walker (1982)
This 1982 National Book Award and Pulitzer Prize-winning novel, by Alice Walker, depicts the lives of black women in the 1930s. Written in the form of letters and journal entries, this work was banned because it was marked with violence and sex. 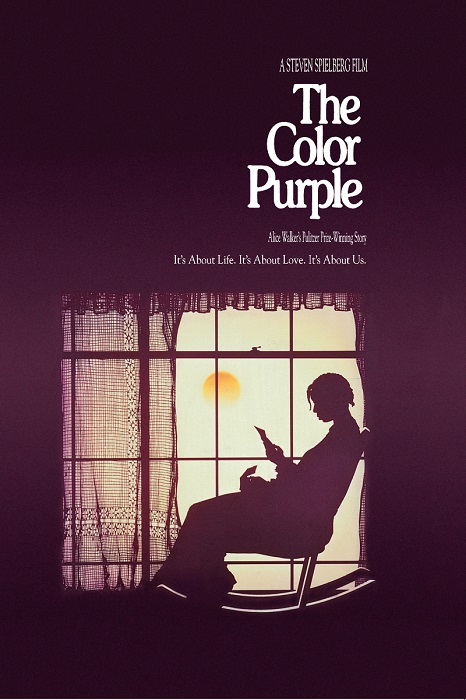 16. The Satanic Verses—Salman Rushdie (1988)
Salman Rushdie is has given us paragons such as ‘Midnight’s Children’ and ‘Haroun and the Sea of Stories’. ‘The Satanic Verses’ is one such gem, tracing the lives of protagonists Gibreel Farishta and Saladin Chamcha. However, most countries consider this literary work an example of blasphemy against Islam, so much so that you are entitled to 15 months in a Venezuelan prison in case you are caught reading it. Japan issues fines on those who sell the publication, and several stores in the US have refused to distribute copies of the book. 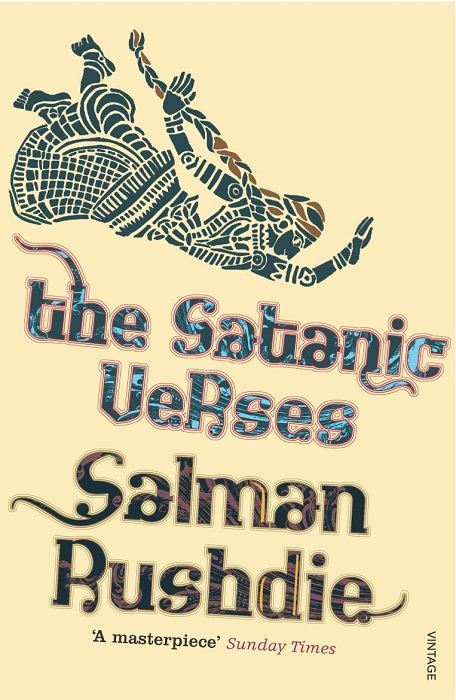 17. American Psycho—Bret Easton Ellis (1991)
Though always getting into trouble for the themes in his books, ‘American Psycho’ is one that crosses all limits. Recounting the story of a businessman, Patrick Bateman, who has a fetish for violence, especially against women, this book has been deemed unreadable, resulting in a strict embargo, especially in Canada, Germany and Australia. 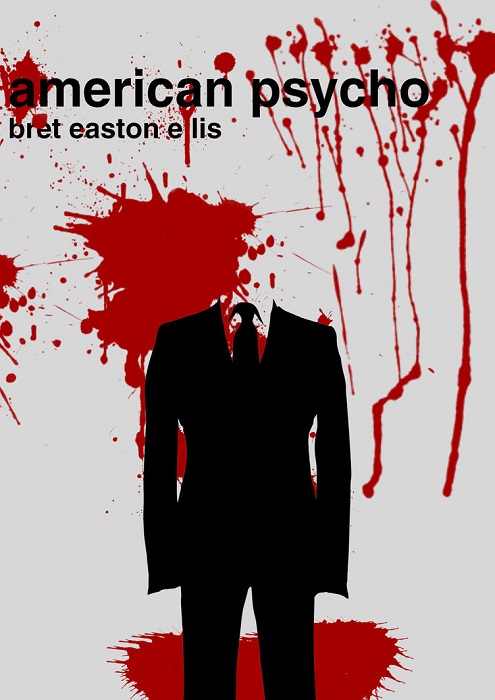 18. Fight Club—Chuck Palahniuk (1996)
The movie, starring Brad Pitt and Edward NBorton may have blown your minds away, but the book by Chuck Palahniuk faced severe criticism for being violent, sexually graphic and encouraging people to riot against established norms. 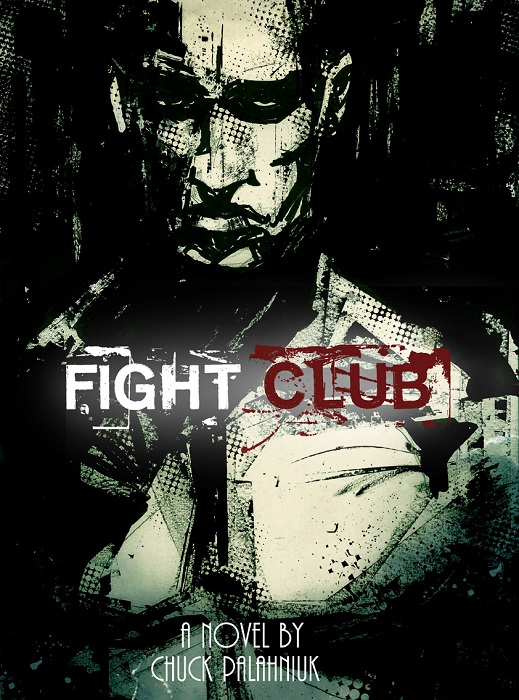 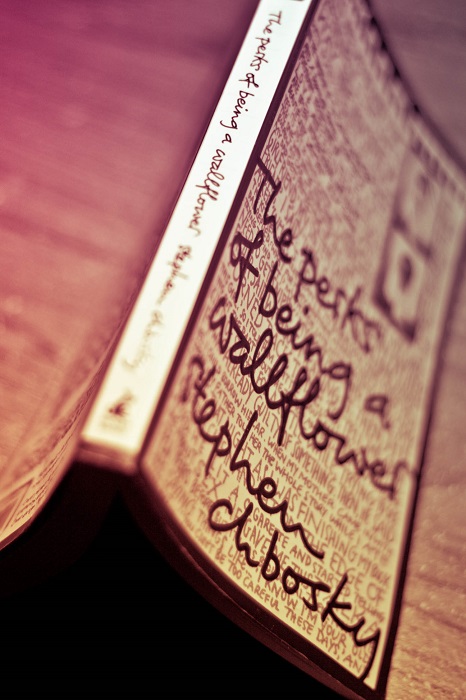 20. And Tango Makes Three—Justin Richardson & Peter Parnell (2005)
Though meant for children, ‘And Tango Makes Three’ has been heavily criticized and restrained from being sold and read, for hinting at same-sex marriage and homosexuality, especially in the animal world. 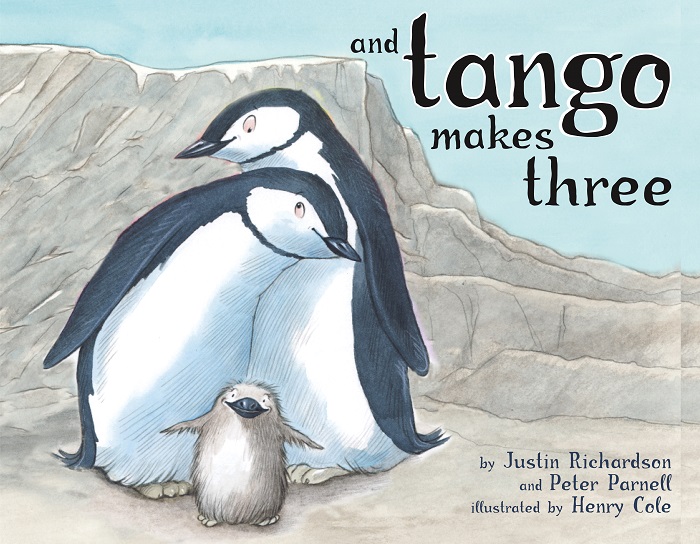 Stumble
Which one of these banned books are you planning to read first? Tell us!!

Which one of these banned books are you planning to read first? Tell us!!
Share On Facebook