The universe of literature has two corresponding elements – the writers and the readers. The writers carve their imagination in black and white while the readers dissolve into that creativity, weaving their own world. Be it poetry or prose, fiction or non-fiction, drama or novel, writers as well as readers have their preferred genre. However, some writers dabble in more than one genre and there are literary connoisseurs whose readership encompasses all kinds of literature. The interpretation of every literary piece varies with time and person; despite this difference some writers leave an impact on the minds of readers across several generations. Their writings manage to have a universal appeal and every reader reserves an exclusive place for them in their book-shelves. These literary gems mesmerize readers and become best-sellers, recording huge sales in the market. Authors such as Shakespeare and Tolstoy have enriched us since time immemorial while others like J K Rowling have recently joined the league. We have tried to bring up a list of writers who continue to allure people and these are the 20 bestselling authors of all time.

1. William Shakespeare
A name almost synonymous to literature, William Shakespeare tops our list of the best-selling authors of all time. A dramatist whose plays are still in vogue and a poet whose lines hold well till date, he earned unbound fame posthumously and is even addressed as the ‘National Poet of England’. Although a perfect amount of sales of his literary pieces is not possible, an approximation says that he has two to four billion copies sold till date which is still on the rise.

2. Agatha Christie
With an estimated sale ranging between two to four billion, the Guinness Book of World Records has named her as the best-selling novelist of all time. This famed suspense thriller writer has 14 short story collection and 66 novels to her credit with complex plots and storylines. However, this writer also wrote in a lighter vein dabbling with the theme of love and inked 6 romantic novels, but these novels carry her pen name Mary Westmacott. Her most renowned novel is ‘And Then There Were None’ which sold more than 100-million copies, becoming the world’s best-selling mystery ever.

3. Barbara Cartland
One of the most prolific novelists of the twentieth century, Barbara Cartland made a place in the Guinness World Records for penning the most number of novels during the year 1976. All her 723 novels belong to the romance novel genre and have sold around 500-million to one billion copies as estimated, and have been translated into more than 30 languages. 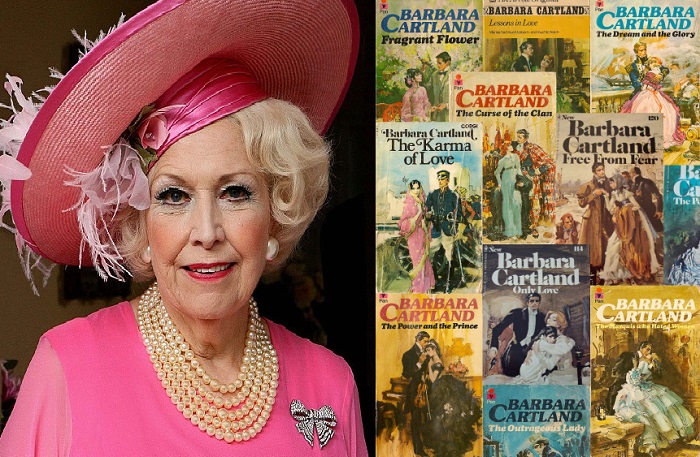 4. Danielle Steel
This American novelist has published 120 novels till date which have sold around 800-million units making her the fourth best-selling author of all time and the best-selling author alive. Her novels have enjoyed the status of being best-sellers and her most recent books include ‘Prodigal Son’ and ‘Undercover’. Her books have 22 television adaptations and have been translated into 28 different languages. This fiction writer has also inked poetry and children’s stories. 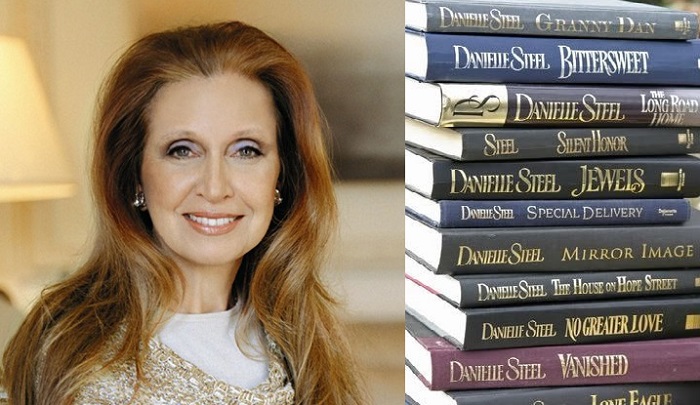 5. Harold Robbins
Author of more than 25 best-selling novels, Harold Robbins’ novels have been translated into 32 different languages.With only around 25 novels, he rose to be a best-selling author with an estimated 750 million units being grabbed off the shelves of bookstores. He coupled his experiences with his creativity to combine adventurous novels which placed him in the fifth position in this lists of 20 bestselling authors of all time.

6. Georges Simenon
The author whose pen created the well-known detective Jules Maigret, this Belgian writer has about 570 books under his name which include novels, autobiographical works and some short works as well. He was a prolific writer for his detective series which began with the novel ‘Pietr-le-Letton’ in 1931 and continued to allure readers till the last book in this series ‘Maigret et M. Charles’ that hit the shelves in 1972. He originally wrote in French and his books have been translated into almost all major languages.

7. Sidney Sheldon
Sheldon began his career as a script writer and worked with Hollywood as well as television. However, he tasted success when he put his creativity in writing novels. This was not until he was 50, and with only 21 books his name spread far and wide. His books are complex, full of suspense and have sold between 370 million to 600 million copies till date. 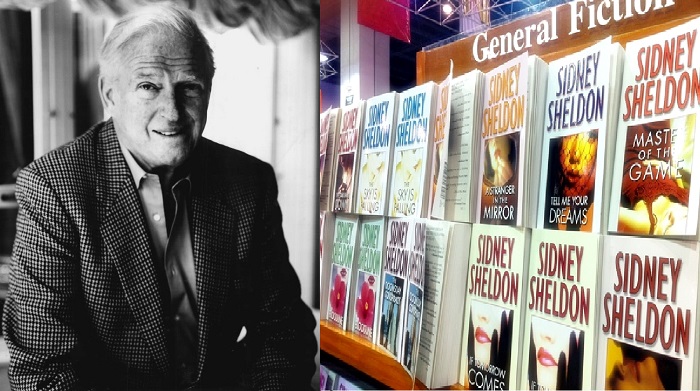 8. Enid Blyton
Enid Mary Blyton has been one of the most prolific writers existing in the early 1990s. Her published works amount upto 800 books which collectively have sold around 600-million copies. She has written extensively for the children and her most renowned works are ‘The Famous Five’, ‘Noddy’, and ‘The Secret Seven’.

9. Dr. Seuss
Theodor Seuss Geisel, better known by his pen name Dr. Seuss mostly wrote children’s books, and his works have been translated into about 20 languages. This American writer’s books sum up to around 44 and the estimated sale of these amount to 500-million. A striking feature of his writing is that he used a poetic meter known as the anapestic tetrameter which enriched his writing even more.

10. Gilbert Patten
William George “Gilbert” Patten wrote under several pen names such as Burt L. Standish, Emerson Bell, Wyoming Bill, Gordon Braddock and Morgan Scott. He is the author of ‘Frank Merriwell’ series and has written more than 200 books in his career. According to sources, his books have reached sales of 450-million, earning him an exclusive place in the list of best-selling authors. 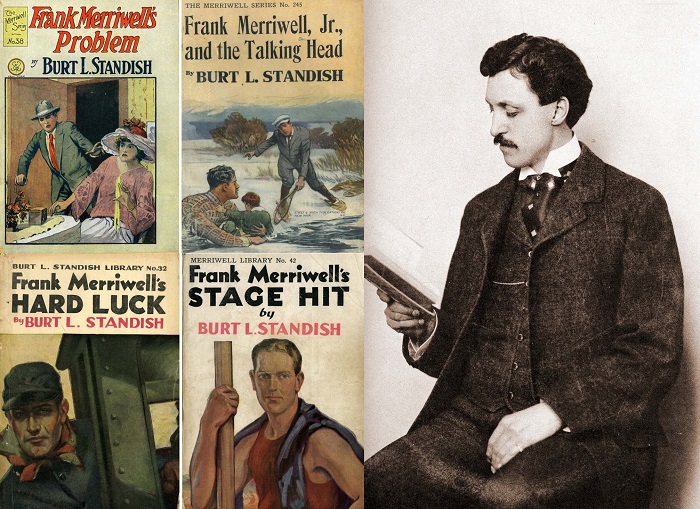 11. J. K. Rowling
J. K. Rowling, a household name, is the creator of the magical world of Harry Potter. The fantasy world which germinated from this creative genius has captured the minds of readers all across the globe with its vivid details and compelling storylines. The loquacious writer has penned 11 books of which the Harry Potter series consist of 7 books and one which she wrote under the pseudonym Robert Galbraith. The estimated sales of her books range between 350 million to 450 million, thus making her the eleventh best-selling author of all time.

12. Leo Tolstoy
Leo Tolstoy is one of the most accomplished authors of the literary world. This Russian writer has presented the world of literature with gems like ‘War and Peace’ and ‘Anna Karenina’. He inked 48 books which sold around 413- million units rendering him as one of the best-selling authors of all time.

13. CorínTellado
CorínTellado reined the book stores and shelves as almost all her literary pieces turned out to be best-sellers in Spanish spoken countries. She penned an enormous number of books which are romantic novels or photo novels. The Guinness World Record mentions her name as the author whose books sold the maximum amount of copies written in Spanish. Globally, the sales of her books amount up to 400 million units.

14. Jackie Collins
Jackie Collins is an English novelist who wrote about 25 books and beginning from her first novel ‘The World Is Full Of Married Men’, almost all her novels ruled the market and readers heart, becoming best-sellers and in turn making her one of the best-selling authors till date.

15. Horatio Alger, Jr.
This American novelist mostly wrote young-adult fictions wherein highlighted qualities such as honesty, will power and hard work, and showed how these morally abiding protagonists rose from rags to riches. His books which are 135 in number have sold in between 200 million to 400 million copies.

16. R. L. Stine
Robert Lawrence Stine is an American author who has written more than 430 books which include stories for children and also horror-fiction. He penned children’s literature under the pen name Jovial Bob Stine and is also regarded as the ‘Stephen King of children’s literature’. Some of his best known horror fiction are ‘Fear Street’, ‘Mostly Ghostly’, ‘Goosebumps’, ‘The Nightmare Room’ and ‘Rotten School’. In 2008, his books were estimated to have sold 400-million copies rendering him as one of the best-selling authors. 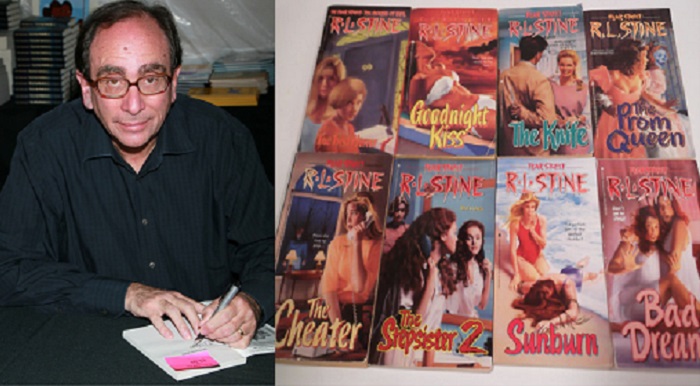 17. Dean Koontz
Many of his books were in the ‘New York Times Bestseller List’ and a few among them even topped the list. Dean Ray Koontz inked novels which had suspense mingled with satire, fear, science fiction and enigma. As published in his official website, his books have sold more than 450-million copies. His most recent book is the ‘Last Light’ and his upcoming books are ‘Final Hour’ and ‘Ashley Bell’.

18. Nora Roberts
Author of hundreds of best-selling novels, Nora Roberts, deserves a place in this list. She mostly writes romance novels and was the first person to be inducted in the ‘Romance Writers of America Hall of Fame’. Her books too appeared in ‘The New York Times Best Seller List’ and have even remained at the top for 176-weeks as recorded in 2011.

19. Alexander Pushkin
This 18th century author has made it to this list with only 17 books published under his name. He was a versatile writer who penned poetry, plays, and novels, and is often regarded as the greatest poet of Russia, and an estimate of the sales of his books was found to be 357-million. 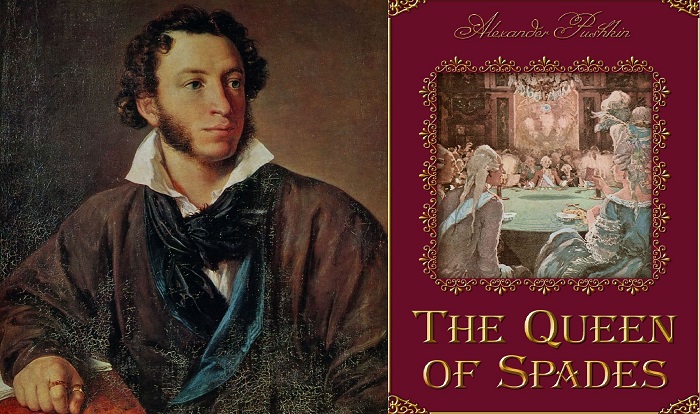 20. Stephen King
Stephen King is one of the best known American writers of recent times and his books have inspired many tele-series, comic books and films. He has written around 70 books which have reached sale of 350-million copies qualifying him as one of the best-selling authors of all time. In 2014, he was honored with the ‘National Medal of Arts’ by the ‘United States National Endowment for the Arts’.