Bollywood star, Shah Rukh Khan equals to hype. Be it his movies, rumors about link-ups or even his bungalow Mannat, actor Shah Rukh Khan is sure to create news wherever he goes. His residence in Bandra West, meant for him, his wife, Gauri Khan and three kids, Aryan, Suhana and Abram, is a mansion towering six storeys. For quite a long time now, this luxurious residence has been a subject of public discussion and in fact, for Khan’s teeming fans, Mannat the mansion where he lives has become a tourist hotspot. This property, looking onto the sea, stretches over 2446 square meters, and was initially known as Villa Vienna when the superstar acquired it on lease. Currently the property holds a value of a whopping Rupees 2000 crores! This includes the property itself, as well as other aspects like the fact that it is sea-facing, it is located in a swank neighborhood, and it comes along with six floors plus a sprawling lawn, not to mention its expensive decor and maintenance. The following photographs, clicked by Chris Brooks, featured in the Architectural Digest India, September/ October, 2014 issue shows what exactly the home, Mannat, of the superstar of Bollywood looks like. 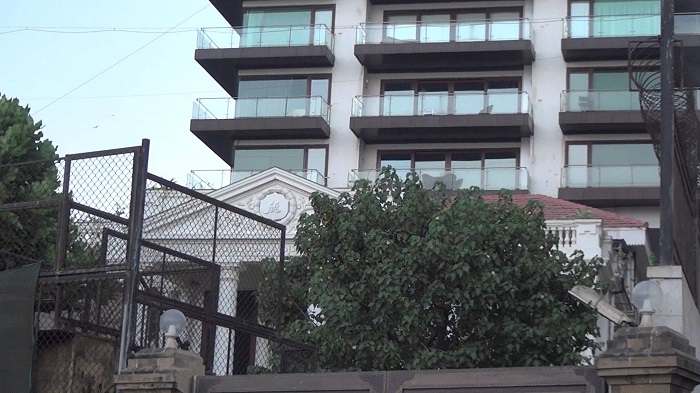 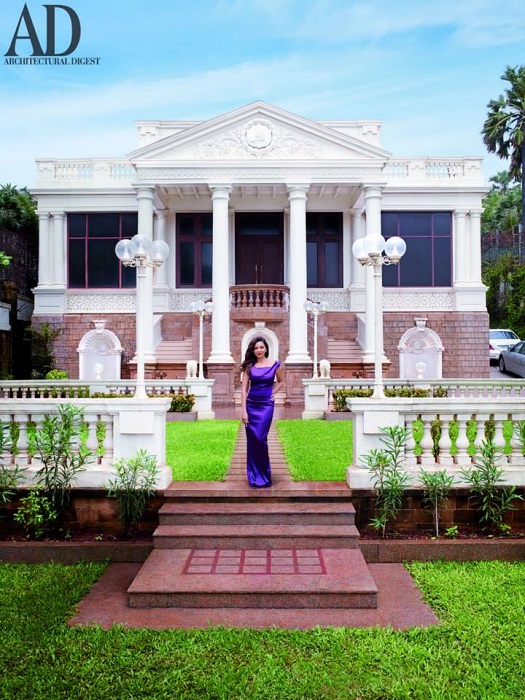 When leased, SRK’s palatial house already came with neo-classical design elements, incorporating the baroque architectural style. The interiors however, have been planned by the celebrity’s wife, Gauri Khan. She has ensured that a pleasant balance is maintained between the original elaborate characteristics as well as more modern features. The house has been designed in such a way that the rooms look dramatic, and yet exude warmth. It has five sprawling bedrooms, a library that houses SRK’s favorite literary titles, an extensive, well-equipped kitchen, and a gym with state-of-the-art facilities and training equipment. It also consists of a children’s playroom, offices and studios for the star couple, a room meant for entertaining guests and a private bar. While most of the art has been painted by M.F. Hussain, the furniture has been collected by Gauri from the best of manufacturers in Milan and London.

This celebrity husband and wife are art collectors, and their house is proof of that, with curios and souvenirs created by world famous artists, gathered from across the globe. Gauri took almost four years to assemble all the knick-knacks that she felt would go with the interiors of their residence. All the living rooms have been given a rustic feel, with patches of brick wall showing through an otherwise old, musty-looking background. 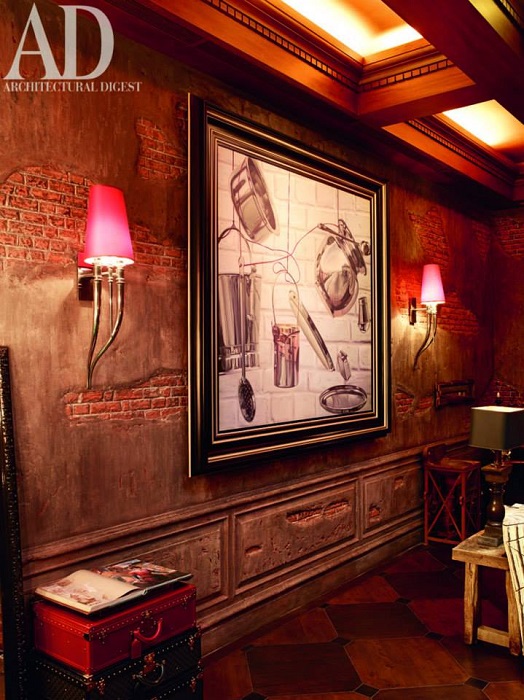 Amongst several living areas, one of them have been brought alive by a Subodh Gupta painting and a framed paintbrush which was used by the world-renowned artist, late M.F. Hussain and later gifted by him to the Khans. 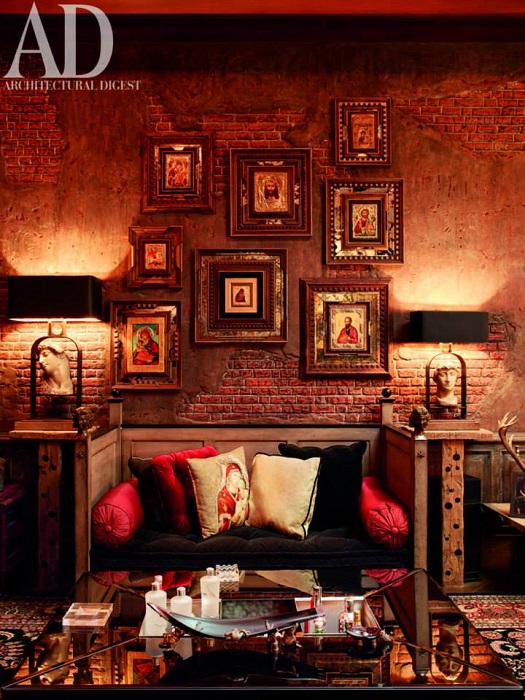 Inside another such living area, Gauri has put up eight frames of iconography that are period pieces and depict several Christian figures. These were brought to India from Europe, and later retouched and reframed by famous Indian interior and fashion designers, Sandeep Khosla and Abu Jani. 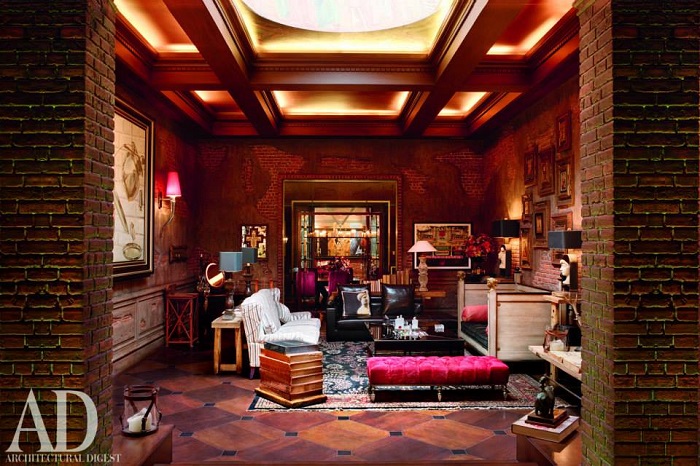 The main living room however, wins hands down, not just because of the brilliant pops of color in the otherwise red-hued area, but primarily owing to the fresco bordered skylight on the ceiling. This is the only way natural light enters the room and brightens it up. 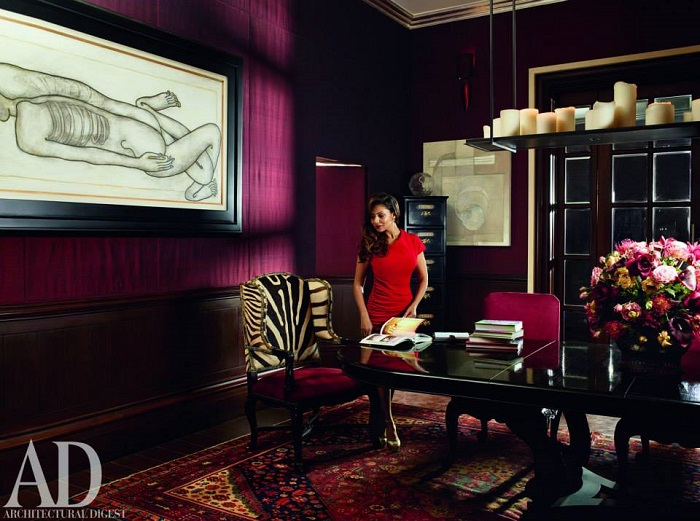 The dining room in Mannat, like the rest of the house, includes intricate details, which have been painstakingly accumulated and placed in order to add more finesse. The area contains furniture that have been mixed and matched, with the emphasis being on a famous Jogen Chowdhury painting on one of the silk walls, which lends a classical touch to the room. 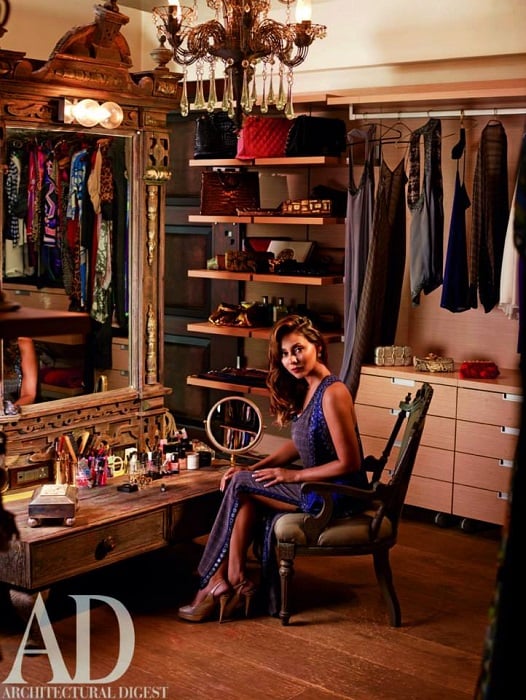 The dressing room used by Gauri Khan, which is adjacent to her bedroom incorporates similar decoration elements. The room stands out not just because of an heirloom mirror attached to a custom-made dressing table, but also because of the other objet d’art which extends from the choice of furniture to the collection of clothes and shoes. 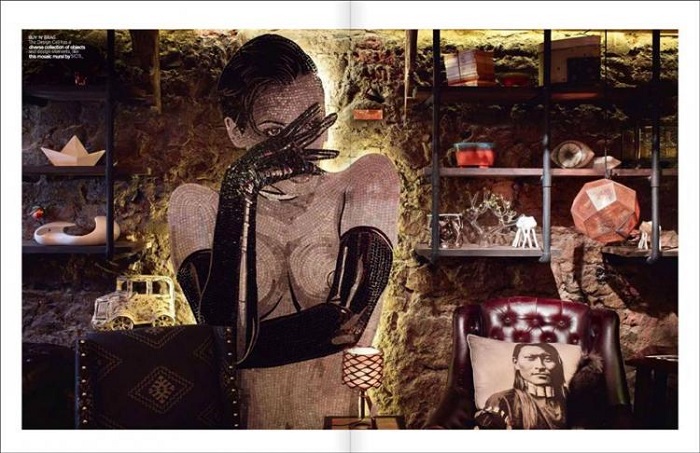 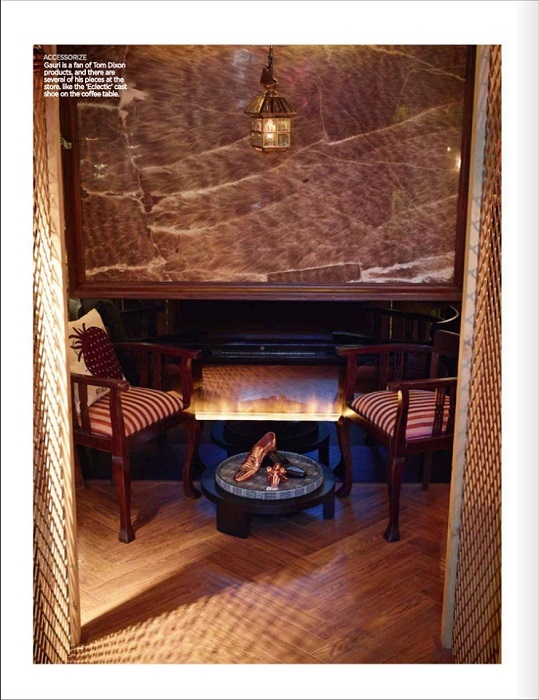 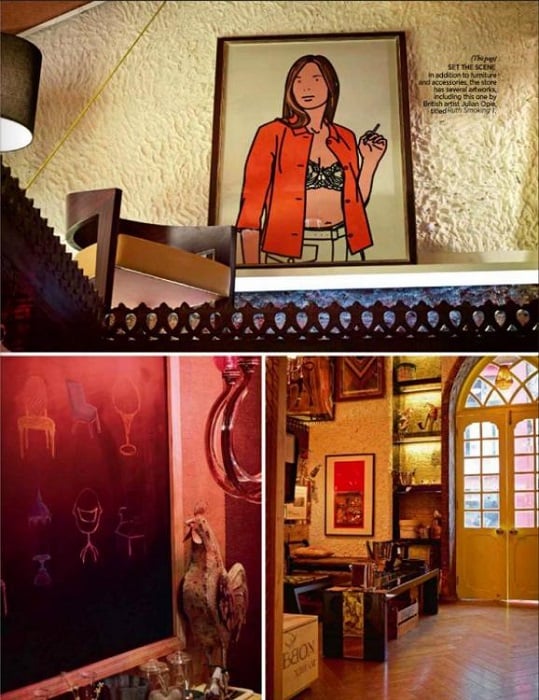 Gauri Khan, a housewife turned successful businesswoman, houses her store, “The Design Cell”, inside the Mannat. The idea for her store came up only after she had completed designing her family home. She realized that interior designing had become her passion, and she had a distinctive style of her own. In recent times, she also established a new venture, ‘The First Ferry’, dealing in architecture and design solutions. This celebrity wife is also interested in jewelry and accessories, her favorite designers being Alexander McQueen and Tom Dixon. She collects creations by these famous artists as well as others in order to display them in her store. She also assembles other artefacts that catch her eye during her travels. Gauri also provides a platform for lesser known, talented, young designers to showcase their art. 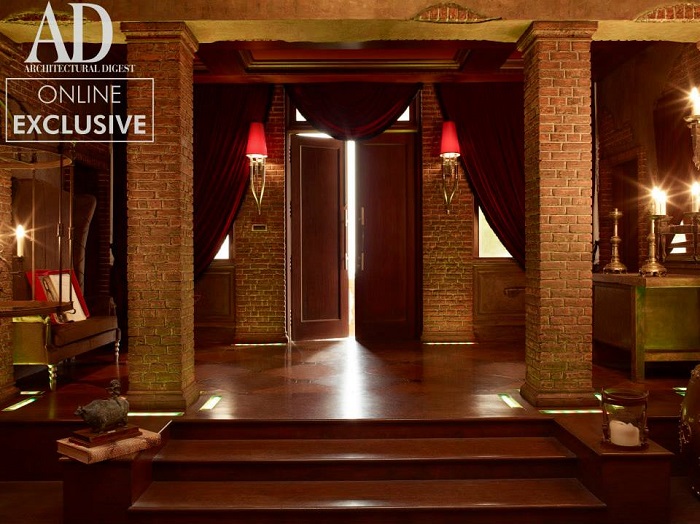 Designing this entryway leading to the lavish interiors of Mannat was no mean task for Gauri Khan. The talented designer installed Visionnaire Ipe Cavalli lights on both sides of the door, which otherwise looks minimal and sophisticated. 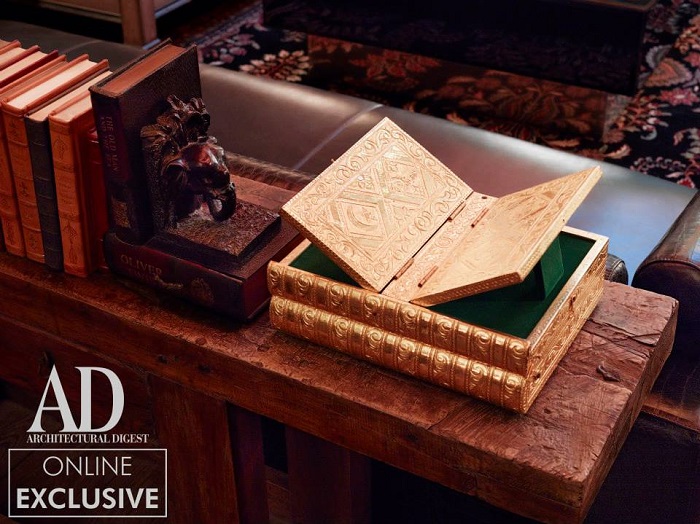 This rehal, on which holy books can be kept and read, is crafted from gold, and was presented to Shah Rukh Khan. Next to that, several collectible books have been placed. 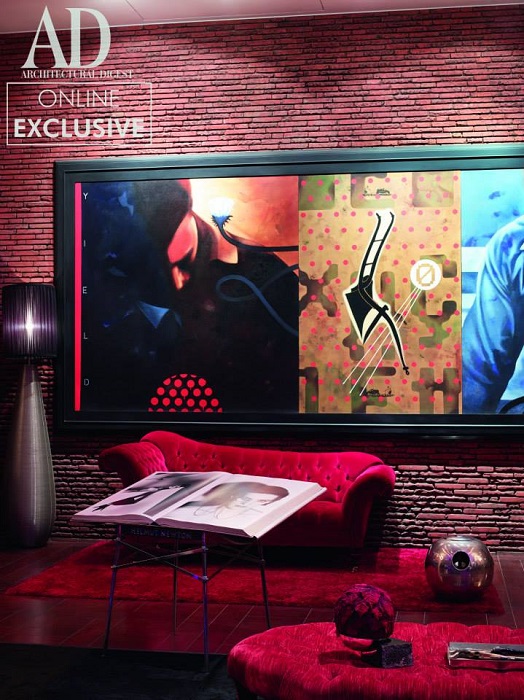 This room, whose focal point is this graphic art display by painter Baiju Parthan, shows Gauri and Shah Rukh Khan’s love for coffee table books, which are often found lying around in different parts of the house.

Whether or not you’re a millionaire, it is always interesting to learn more about the tastes of our favorite stars, especially when it is Shah Rukh Khan. Mannat and its design and décor elements continue to inspire several of us to recreate the same magic in our own houses.