We live in a world where everything, believe me, everything is defined, bracketed and critiqued if it does not meet the general stereotypical norms. Sounds blunt, but yeah, we are stereotypical with the way we look at something, perceive it and judge. Hence the metaphorical phrase “Don’t judge a book by its cover”. One would question as to where we found our stride with regard to the compartmentalization of entities, well as blatant as it sounds, I would point my finger towards the media, fashion and the movie industries. 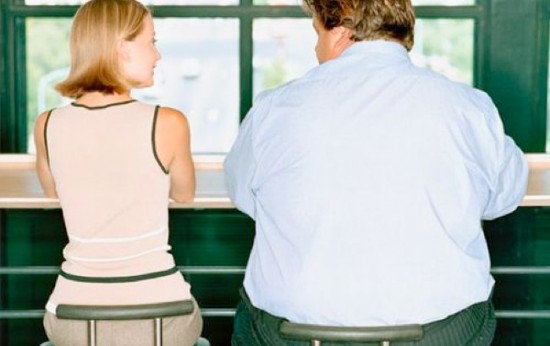 Till today, celebrities against the normal – slim, curvy or voluptuous figure – are rarely accepted by the masses as a result of our ‘quick to judge’ attitude. What’s worse is that this trend is slowly yet steadily being passed on to normal folks like you and me. We walk on the road and judge people by just their looks – thin, fat, plump, oversized, underweight, lean and so on and on and on.

Coming to think of it, it’s probably much harder for celebrities to deal with the stigma of stereotypes. However young, or old they are, they need to maintain themselves to constantly be accepted by the ever-growing audience and keep themselves in business. For the ones that are even a tad-bit oversized, a flurry of jokes for years is bound to come their way. Having already over elucidated on this topic, let’s take you straight to the reason why you even clicked on this article – the secret behind Anant Ambani’s stunning weight loss. 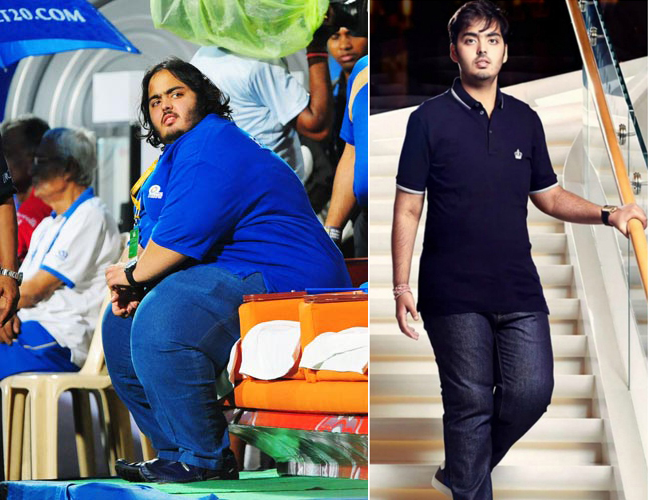 Though he is in the celebrity circle, inevitable by the fortune of his family, not many know Anant as an individual, hence let us begin first by introducing this boy who has turned an inspiration to millions around the globe from being the butt of jokes on social networking sites. 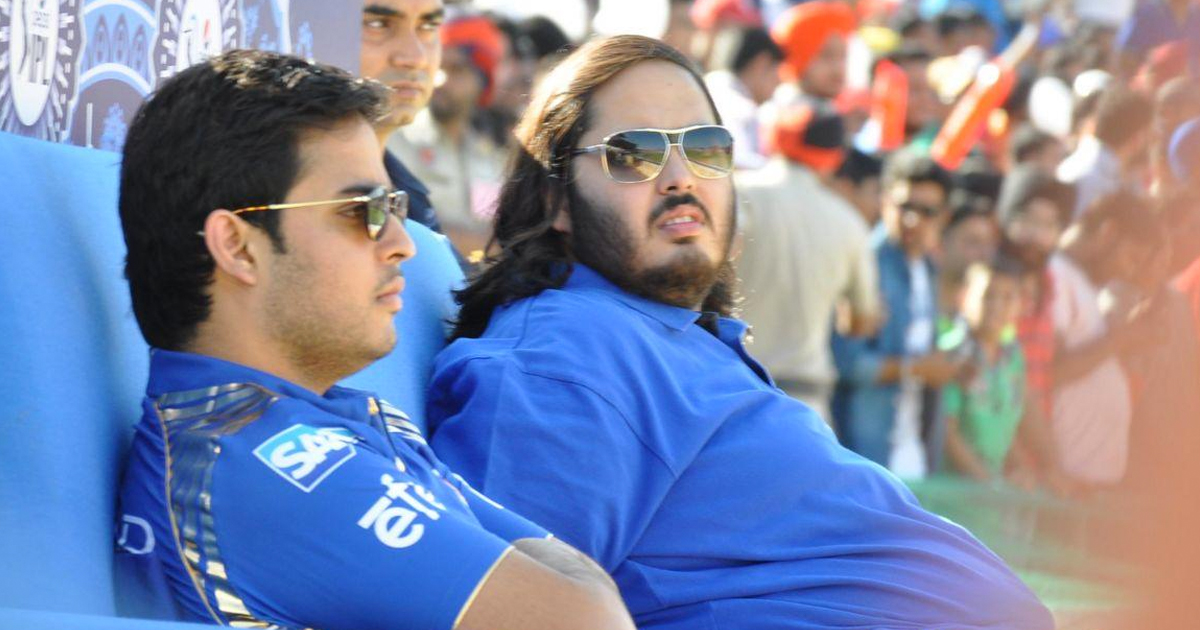 Anant is the second son and the youngest child of billionaire business magnate Mukesh Ambani, the chairman of Reliance Industries, which he took over from his father Dhirubhai Ambani. He currently holds a little less that 45% stake in the industry, the largest in the company, making his net worth vertical of $20 billion.

Anant’s family even made international headlines when they moved into their 27-story home ‘Antilla’, which is regarded as the most expensive residence on the planet, estimated at an eye-popping $1billion.

Considering Anant belongs to one of the richest families on the globe, he’s certain to be in the frame of shutterbugs from time to time.

For most celebrities that is usually a good thing, but for Anant he did not really like the attention as his insecurity over his weight created an aversion for the paparazzi.

Almost unbelievably, and surprising for him as his popularity was always eclipsed by his siblings and parents, he became the talk of the town. The reason? He has shed an incomprehensible 108-kilograms.

Instantly, he was the talk of town but as assumptions as the press is, rumors had it that he had undergone gastric bypass surgery to rid himself of the mass of flab that layered him.

His family, friends and trainers were quick to respond that it was in fact his hard work and determination to lose weight that was the defining factor and that he indeed did it the natural way.

Before we take you through his journey of weight loss let’s first discuss why he was obese in the first place.

Most of us would think that yeah, he was the last little pampered child and with a fortune as fat as the Ambani’s then no food on the planet is expensive for him, leading him to gorging on anything that came his way.

Partially it’s kind of true, but the real reason as to why he became obese over the years is because he suffered from medically induced obesity. An asthmatic since a childhood, his mother Nita Ambani blames the medicines for resulting in his obese state.

Knowing The Causes Of Rapid Weight Gain Will Help You Maintain A Healthy Life!

Now since you know the truth, let’s take you through his journey of losing a staggering 108-kilograms. As mentioned, already Anant stunned the world when he appeared after 18-months having shaved 108kgs from his 178-kg frame. Though most would credit him solely for the success, Anant personally credits celebrity trainer Vinod Channa for his magical transformation.

Channa had previously trained celebrities John Abraham, Shilpa Shetty and several other Bollywood stars and is well-known for his weight-loss and fitness expertise.

Dr. Andre Chimone chipped into this massive effort to transform Anant and Channa credits him equally for the success. He says, “Anant Ambani’s body transformation was a team work. This is not done only by me but it was effort of Anant and Dr. Andre Chimone as well. In my 22 years of career, I have never seen a person with so much dedication.”

All You Ever Wanted To Know About Weight Loss Secrets Of Sonam Kapoor! 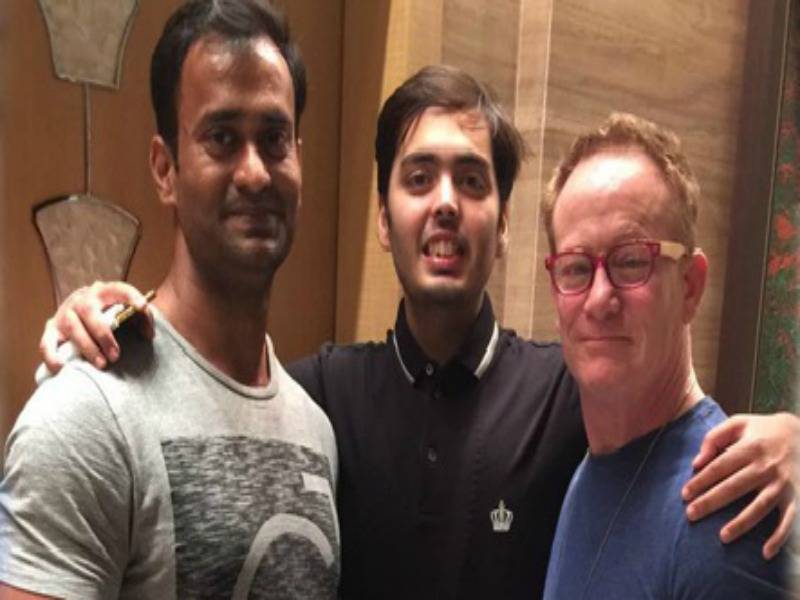 This Was The Exercise Regime He Underwent For One And A Half Years To Achieve The Almost Impossible:
In his 5-6 hour workout daily, Anant included yoga, cardio, high-intensity training and strength and functional training.

In the cardio phase of his regime, he used to walk 21-kms a day to burn the excessive amount of calories. For people who are obese, walking is the most preferred and recommended solution to weight loss. Walking 21-kms a day was obviously his goal and he eventually achieved it from starting at just half an hour a day.

He coupled the cardio with a session of Yoga that granted him flexibility and the possibility of burning calories through the day.

Yoga Helps In Weight Loss By Providing Flexibility & Toning Up The Body! 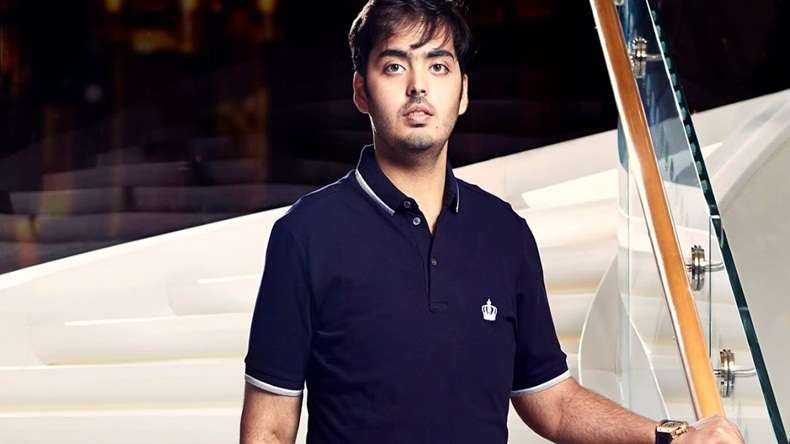 Almost simultaneously, Channa put him onto strength and functional training which included weights to ideally strengthen and tone his body. The routine included balancing routines, chest press, leg press, bicep curl reps, and several other reps for each part of the body. One body part each day.

Channa added, “I also used to give him break diets so that he felt motivated for regular workouts. Workout sessions, with time, became fun and enjoyable for him.”

Lastly, as he progressed, Channa included high-intensity training, which included short sprints coupled with jogging and sprinting again. This enabled him drop calories faster and keep his metabolism running round the clock. 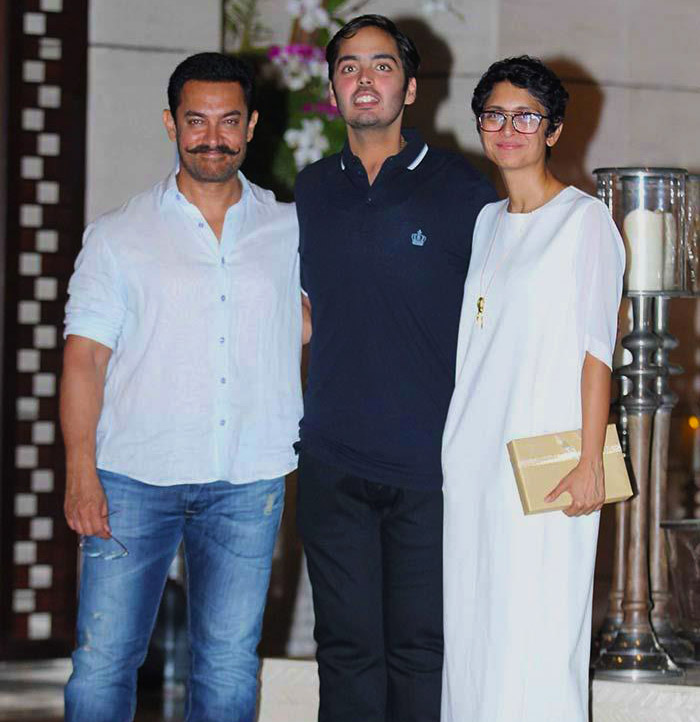 He shifted him to a low-carb diet that included cottage cheese, vegetables, sprouts, pulses, lentils and half a tea spoon of ghee. He followed the regular six-meal a day GM diet, boosting his metabolism and enabling him to work out for 6-hours a day.

The Struggles He Faced!!
Like most of us who reach the point of giving up, Anant too, despite his determination, reached such a point. His trainer was quoted as saying, “Sometimes he used to expect that he needs to lose certain gram of weight every day, which is not possible every time. His lifestyle, like late nights and hormonal changes and lot of other issues sometimes made him gain 200-300 grams due to which he would feel demotivated at times. He would be much tensed about his workout and diet routine. He wanted a diet plan that would make him lose weight every day, which is impossible.”

His Secret!!
Most of us are aware of how the skin stretches as you put on weight and for those who are obese, it stretches above its limitation. The problem occurs when someone obese loses weight too fast. The skin contracts much slower than the amount of fat lost, causing the skin to sag.

Anant too faced this problem where his skin sagged and the only way to get rid of this ghastly sight is through plastic surgery, or the skin will take years before it looks normal.

In the meantime, Anant’s little secret is his body shaper that helps him hide the sag from public view. The fact that he buttons his shirt to the top is kind of a confirmation to this.

Worried About That Extra Fat On Your Tummy? These Tips Will Help You To Get Rid Of Tummy Fat. 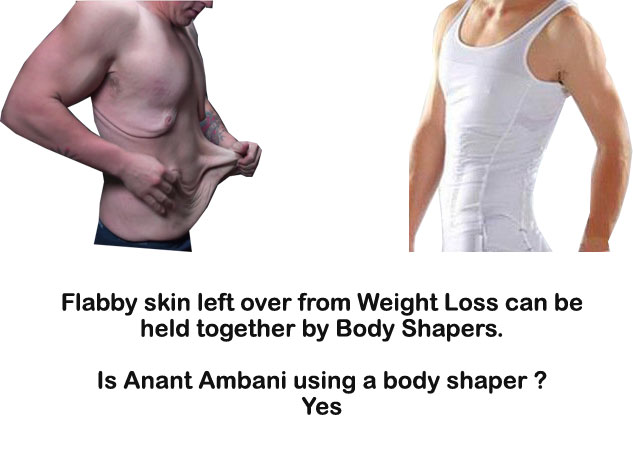 An Inspiration!!
Lastly, while the whole country is still astonished by this magical transformation, his mother who is the guiding force behind this transformation was quoted as saying that he is now an inspiration to all.

Well, she wasn’t the only one, Indian Cricket captain Mahendra Singh Dhoni and hunk Salman Khan too joined in to congratulate him on this great feat. Take a look at the tweets they posted below. Considering he’s dropped the kilos the natural way, we ought to give this kid a huge round of applause. 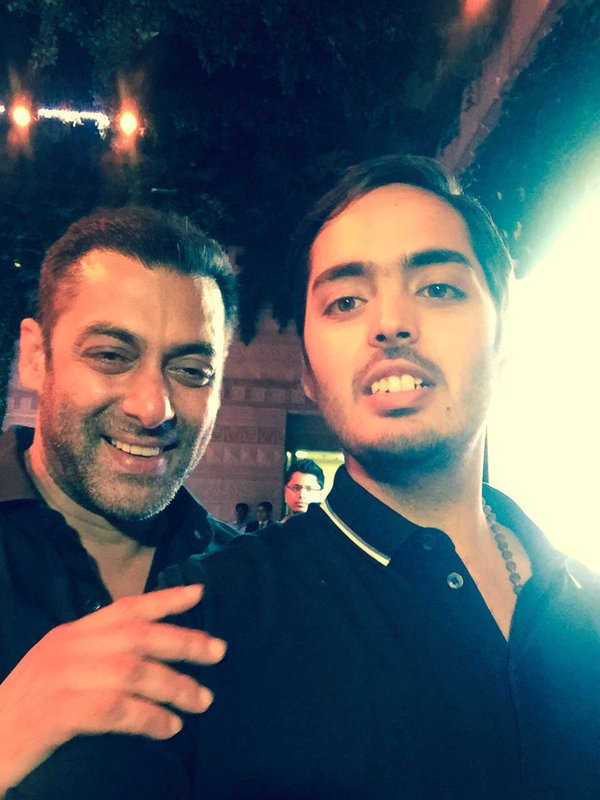 “Wish u a very happy birthday Anant.u gave the best gift to urself by losing over 100kg.discipline and determination”- Mahendra Singh Dhoni. 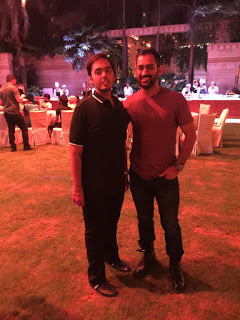