Amitabh Bachchan’s House— THIS Is How The ‘WHITE HOUSE’ OF BOLLYWOOD Looks!

Perhaps the greatest Bollywood star, Amitabh Bachchan, the stylish and classy actor, who has always been in the spot light and grabbed all the attention, is surely a class apart celebrity.

His touch of elegance and sophistication doesn’t go unnoticed in any area of his life. Whether it is his acting, his contemporary dressing sense or his adorable family, to his warm space called home, everything belonging to him is perhaps sensational and exotic. 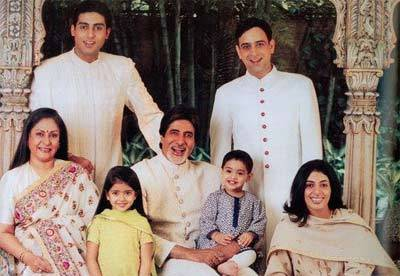 They say there’s no space like home and a famous quote on home even says, “It is a place your feet may leave but your heart will always be”, hence, we cannot deny the role a home plays in the lives of people. It’s probably everything people work for to be honest.

Getting into the life of Mr. Bachchan, as per the latest reports, Amitabh has a total of five bungalows in one of the poshest localities of Juhu, Mumbai, namely Jalsa, Janak, Prateeksha, and Vatsa and his latest buy which is just behind his abode Jalsa. The most known houses of his are the ones residing in Jalsa, Janak and Prateeksha. Also, one must not forget the ancestral home of the star which is located at 17, Clive Road, Allahabad, in Uttar Pradesh. Currently, the building has been converted into an educational trust and it is believed that the star’s father lived there in his early years. 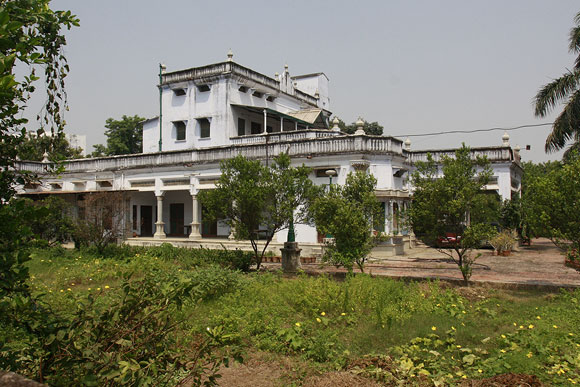 The very first bungalow he acquired was Prateeksha, where the grand star used to live along with his parents, but presently it’s in Jalsa where the entire Bachchan family resides. The family includes Abhishek, Aishwarya, Jaya, Aaradhya and Amitabh himself.

Mr. Bachchan’s Comic Timing Is Impeccable & One Of The Best Comedy Movies Of Bollywood Ever Proves Just That

Both the bungalows, “Jalsa’ and ‘Prateeksha’ have now become spectacles and tourist spots for people visiting Mumbai, particularly Juhu or other places in the area. Set apart from each other by one kilometer, both the houses are close to some amazing places of religious interest and tourist attraction. The list includes, the Juhu Beach, Juhu ISKCON temple, Prithvi theatre etc.

On significant milestones and occasions, fans congregate outside the palace of the superstar to have a glance of him and in response the actor takes the initiative not to disappoint them, thereby making an appearance and often joins in the celebrations that brought his fans together.
All said and done, let’s take a peep inside the beautiful abode of Big B, as he is popularly known as, and savor the resplendent beauty of his golden castles. 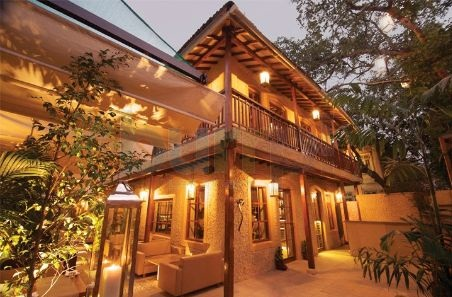 Being the first and oldest of all the houses, Prateeksha is located in Juhu, 10th Road, J.V.P.D Scheme, Mumbai 400049.
It is the first home of the superstar and it holds a very special place in his heart, as along with his parents he grew up there. From a normal child to a star, this house saw the transformation that he is now known globally for.

All the family members of the notable hotshot have been residing in Prateeksha for more than forty years. However, since their possession of Jalsa, the entire Bachchan clan has moved from the house that still makes him reminisce his past and childhood. Along with the family, the actor’s dotted pet, a Piranha Dane named Shanouk also moved. Sadly, the gentle giant passed away in June 2013. 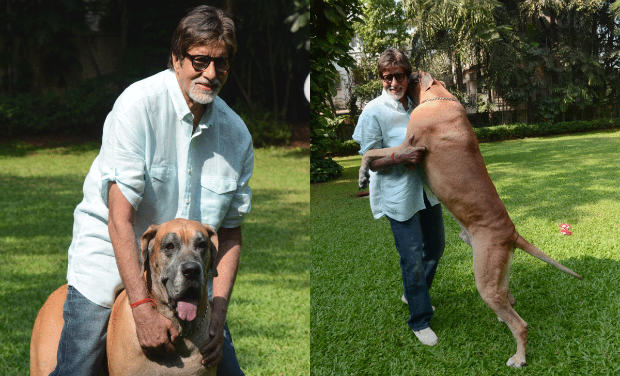 Big B religiously follows his customary practice of visiting the family temple regularly which was hand built by his father Dr. Harivansh Rai Bachchan, in the premises of Prateeksha. The megastar has conserved the sanctity of the rooms of his parents in the same manner as when they were alive, revealing his everlasting bond of affection for them.

Some historic and unforgettable events like Abhishek and Aishwarya Rai’s grand wedding happened at this magical mansion, in 2007. 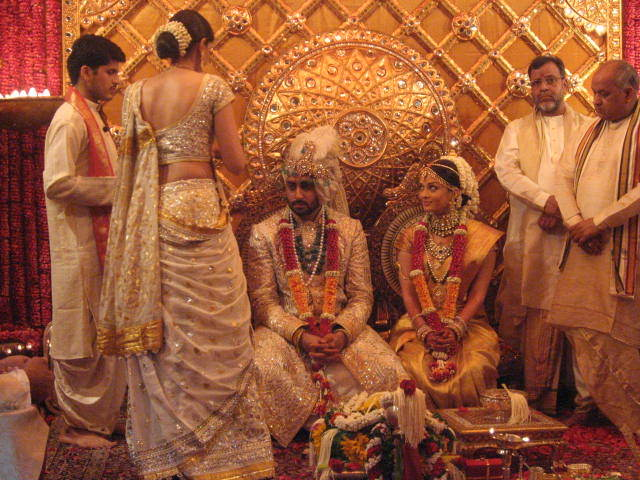 Also, soon after the birth of Aaradhya, the daughter of Aishwarya Rai and Abhishek Bachchan, the complete family first made their way to Prateeksha in an attempt to pay reverence to their venerable ancestors. After the auspicious event, the family left for Jalsa.

Another significant moment that ensued at the same destination was the filming of Bombay Talkies director Anurag Kashyap’s film ‘Murabba’. 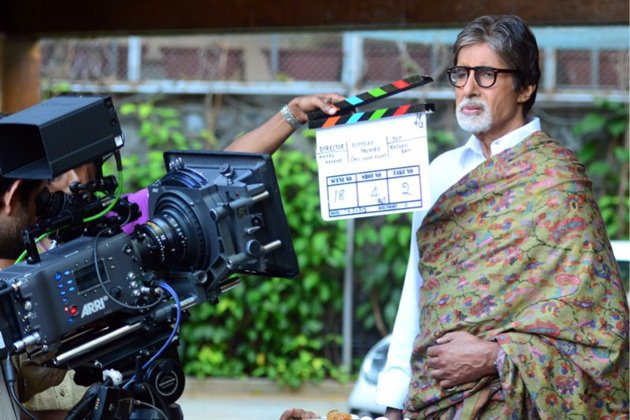 While taking time off, Big B loves to saunter casually around the lawns of this heavenly abode. In one of his blogs, he expressed his fondness for the garden as well as the dazzling Gulmohar tree which is planted amidst the garden.

Coming to think of it, in a way ‘Prateeksha’ is like a living personality in the world of the Bachchans. There are some strong memories and associations involved with this sweet home of theirs and now we know why it has made a soft corner for itself in the hearts of the Bachchans. 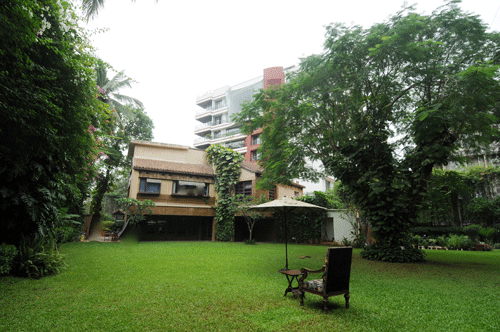 Now Let’s Jump In To The Next Hall Of Fame- Jalsa
Yet another home of the outstanding superstar is Jalsa, which is where the entire family resides at the moment. It is located opposite to Hotel Tulip Star Vaikunthlal Mehta Road, Juhu-Vile Parle Development Scheme (JVPD), Mumbai 400049.

With a living area of 10,125 sq ft, this beautiful twin storey house was presented to Amitabh Bachchan by director Ramesh Sipp for acting in his movie, ‘Satte Pe Satta’ in the year 1982. 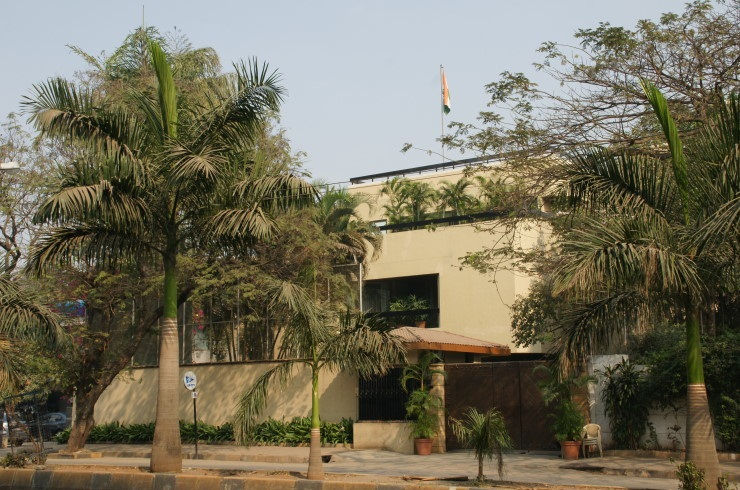 According to sources, Jalsa’s ownership initially was in the name of superstar’s brother, Ajitabh Bachchan’s wife Ramola Bachchan due to some tax related issues. However in January 2006, Jalsa was eventually registered in the name of Jaya Bachchan, wife of the senior Bachchan.

One of the distinctive features of the house is its spectacular spiral staircase with assorted photos of the Bachchan family, which gives the bungalow a breathtakingly personal look.

Still down to earth, Big B never lets his fans down, and if you desire to meet the wonderful man, then you should visit Jalsa on a Sunday evening. Around 7 pm, the champion comes out from his mighty den to greet the throbbing crowds of supporters who flock to Jalsa to meet him. 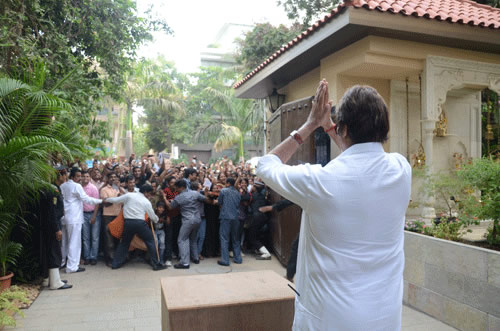 This has now become a ritual and sometimes along with Big B, Abhishek and Aishwarya also join the gang and add to the glory of the gathering.

There was a grapevine around a new bungalow in Bandra, ‘Naivedya’ which was bought by the actor so that Aishwarya Rai and Abhishek Bachchan could move in to. The Bachchans however seem to be living merrily in Jalsa and see no reason to move out from this space of togetherness. 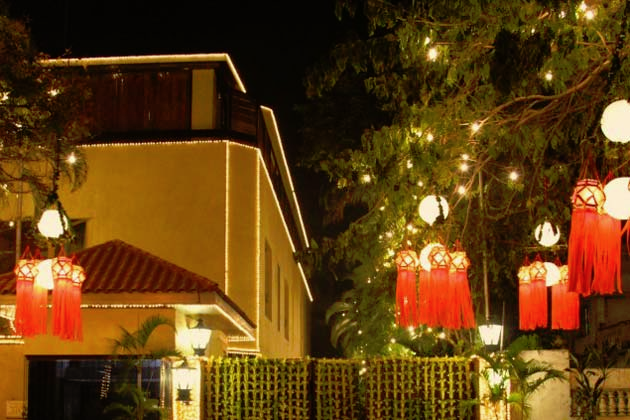 Learn All About The Awe-Inspiring Journey Of Bollywood’s Shahenshah, Big B

Other Citadels In The Queue- Janak, Vatsa And The Unnamed
In addition to the two of the above bungalows, Prateeksha and Jasla, the Bachchan family owns another bungalow, ‘Janak’, which is essentially an office place for the Bachchans.

Purchased in 2004, this mansion has a personal gym where the members of the family like to work out. Also, Janak is a place exclusively meant for meeting guests as well. This abode of his is pretty close to Jalsa, with hardly a distance of 50-meters between the two. 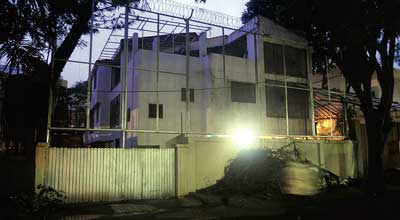 Apparently there’s another bungalow in the actor’s hit list, ‘Vatsa’ which has been leased to Citibank.
Now coming to the final and the most recent undertaking of the grand actor, is the acquisition of a new bungalow worth Rs. 50-crore which is located right behind Jalsa. The property was taken in the mid of 2013, and is owned jointly by the superstar and his son, Abhishek.

The sprawling bungalow has a living area of 8000-sq-feet. There used to be a common wall adjoining this unnamed house and Jalsa, but now it has been demolished and the interior work is in process finally. At present there’s an enormous amount of open space in the backyard. 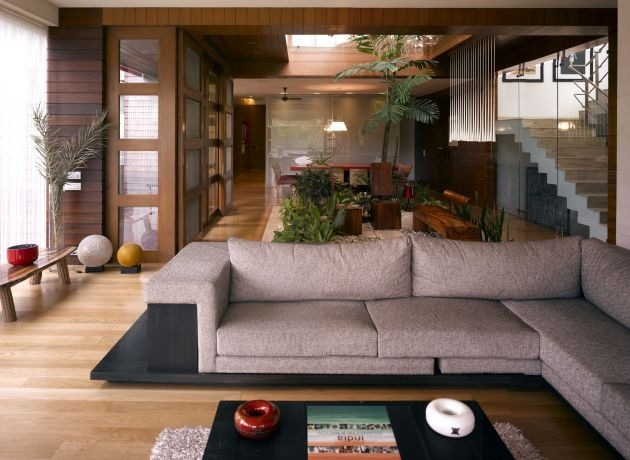 As per the sources, it had been a while Bachchan family was on a hunt for a property in the vicinity of their current residence. The actor’s resilience and relentless efforts in the same direction eventually made this mission possible.
Jalsa opens its gates to the busy V L Mehta Road, this new bungalow opens up to a smaller street which is on the other side. This is definitely an added advantage for the Bachchan family.

It’s been amazing to learn about the celebrity’s varied bungalows. Whether or not we can afford to have places like these, the fascination and thrill attached to such palatial houses is always there in our hearts.
The present-day designs, structure as well as the celebrity’s styles and tastes in the area of homes are anytime intriguing. It even offers wide range of ideas and insights which can be reproduced in our own homes.